CARMEL, Ind. — The Carmel City Council unanimously voted to pass an ordinance that bans the use of electronic cigarettes in public places.

Vaping will now be included in the city’s smoke-free law, which applies to school buses, libraries, trails and parks. The proposal also extends the ban to bars except for establishments that already allow it. Three places that allow smoking–Nipper’s Grill & Tap, Old Town Tavern and Jimmy B’s Pub–can continue to do so as long as they remain in business.

Private clubs can allow smoking unless there’s an event that is largely public in nature.

Carmel officials cited the known risks of secondhand smoke as the reason behind the ban. The ordinance will go into effect once Mayor Jim Brainard signs it. 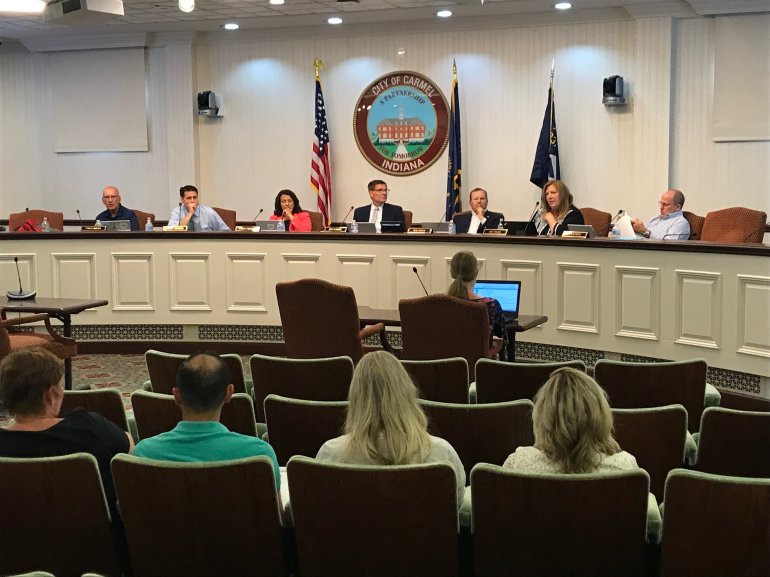 UNITED STATES (WJW) -- Foot Locker is turning all of its over 2,000 U.S. stores into temporary voter registration sites.

Beginning Tuesday, September 22 the company will have in-store registration kiosks featuring a special website where visitors will can check their voter status, register to vote or sign up for election reminders.

WASHINGTON (AP) — Joe Biden on Sunday slammed President Donald Trump and leading Senate Republicans for trying to jam through a replacement for the late Justice Ruth Bader Ginsburg and urged more senators to stand with a pair of GOP colleagues who oppose the election-season rush.

The extraordinary televised plea from the Democratic presidential candidate to Republican senators reflected the ferocious maneuvering that has followed Ginsburg's death at 87 on Friday. Her passing upended a campaign that had, until then, focused on Trump's handling of the coronavirus pandemic, the nation's economic collapse and racial unrest that has stoked protests in U.S. cities.

NEW YORK (AP) — Sure, there were the RBG bobbleheads, the Halloween getups, the lace collars, the workout videos. The “I dissent” T-shirts, the refrigerator magnets, the onesies for babies or costumes for cats. And yes, the face masks, with slogans like: “You can’t spell TRUTH without RUTH.”

But the pop culture status that Ruth Bader Ginsburg found — or rather, that found her — in recent years was just a side show, albeit one that amused her, to the unique and profound impact she had on women’s lives. First as a litigator who fought tenaciously for the courts to recognize equal rights for women, one case at a time, and later as the second woman to sit on the hallowed bench of the Supreme Court, Ginsburg left a legacy of achievement in gender equality that had women of varied ages and backgrounds grasping for words this weekend to describe what she meant to them.