MONROE COUNTY — The Monroe County Prosecutor’s Office announced Wednesday that it has received extensive investigative reports and digital evidence from the Indiana Department of Natural Resources regarding the incident that took place in the forest near Lake Monroe on July 4.

The prosecutor’s office is actively reviewing this evidence.

Vauhxx Booker, a local civil rights activist and member of the Monroe County Human Rights Commission, says he was the victim of a racially-charged beating near Lake Monroe on July 4.

Attorneys representing two people involved in the incident claimed this week that their clients have been falsely accused. 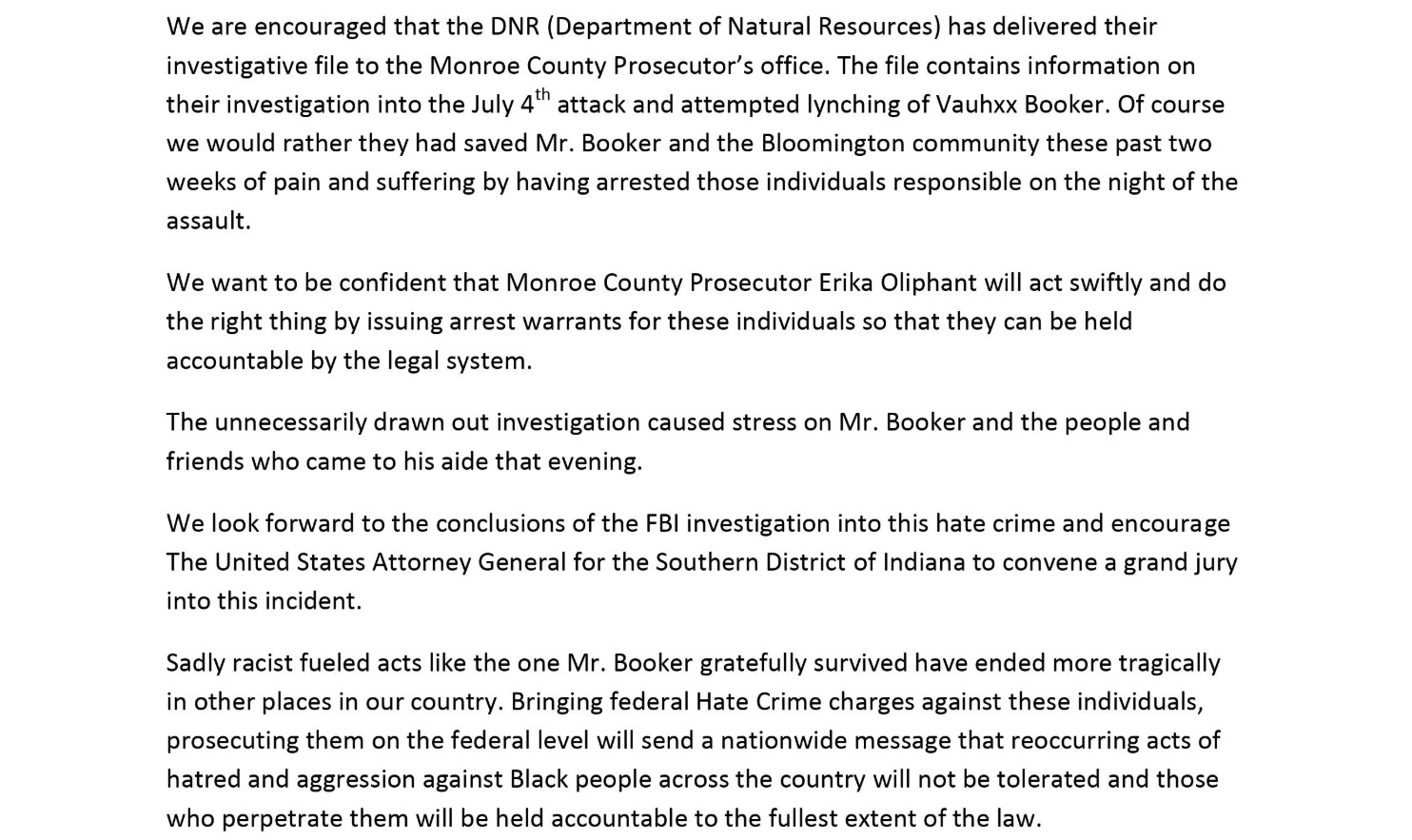 INDIANAPOLIS -- A violent 24 hours left another 3 people dead in Indianapolis. The series of shootings remain unsolved, but the violence continues to take an emotional toll on families across the city.

Police are still trying to figure out what led up to a deadly shooting on 35th Street overnight, but family members say the death has left an 11-year-old boy to grow up without his father.

INDIANAPOLIS -- An appeal by John Myers, the man convicted in 2006 of the killing of Indiana University student Jill Behrman, was overturned Tuesday.

On August 4, the 7th Circuit Court of Appeals overturned a federal court ruling from September of last year that ordered the release of Myers.

A source said the raids were a result of a wiretap investigation by the FBI Safe Streets Task Force which includes IMPD officers and likely targeted individuals and criminal enterprises dealing in drugs, cash and weapons. More than a dozen arrest warrants were served.

Doctors warn that people without fevers may still have COVID-19

UPDATE: Man found shot to death inside vehicle on Indy’s near north side

Indiana venues say they are 30-60 days from closing