ARCTIC AIR IS BOTTLED UP FOR NOW

Arctic cold to remain on hold for now. Today marks 6 straight days above normal.   Our young winter is now a half-degree warmer than last year to-date.

As forecast early last week, we've lost the connection to the polar branch of the jet stream. The bitter cold looks to be bottled up for now.   A milder, split-flow jet stream bathes the nation in milder air with origins off the pacific and not from the arctic.   The overall look is a higher probability of above normal temperatures through the end of the year. 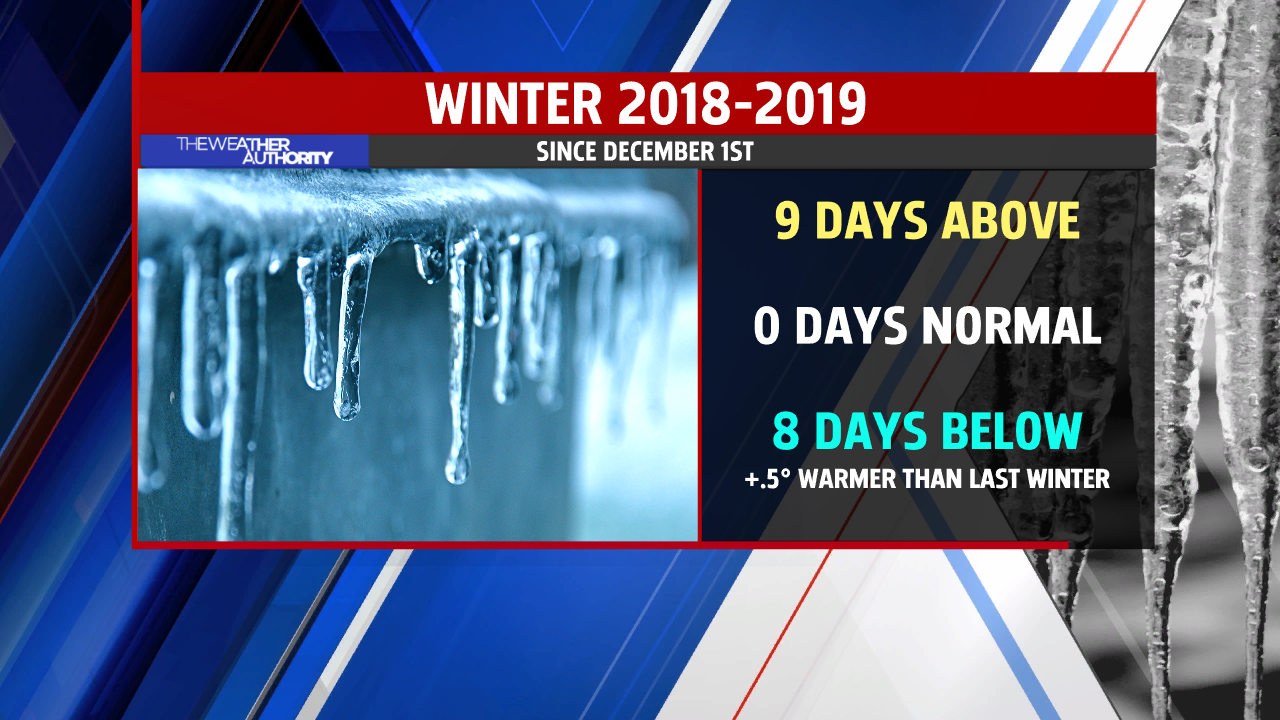 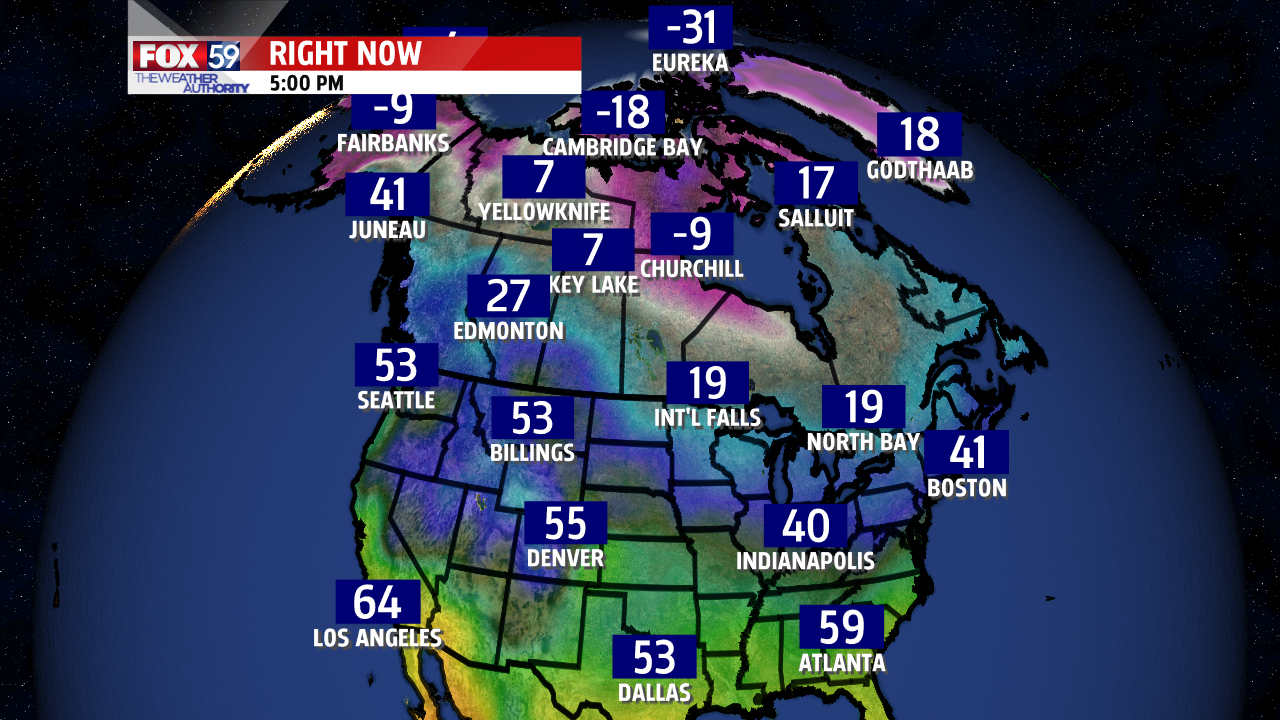 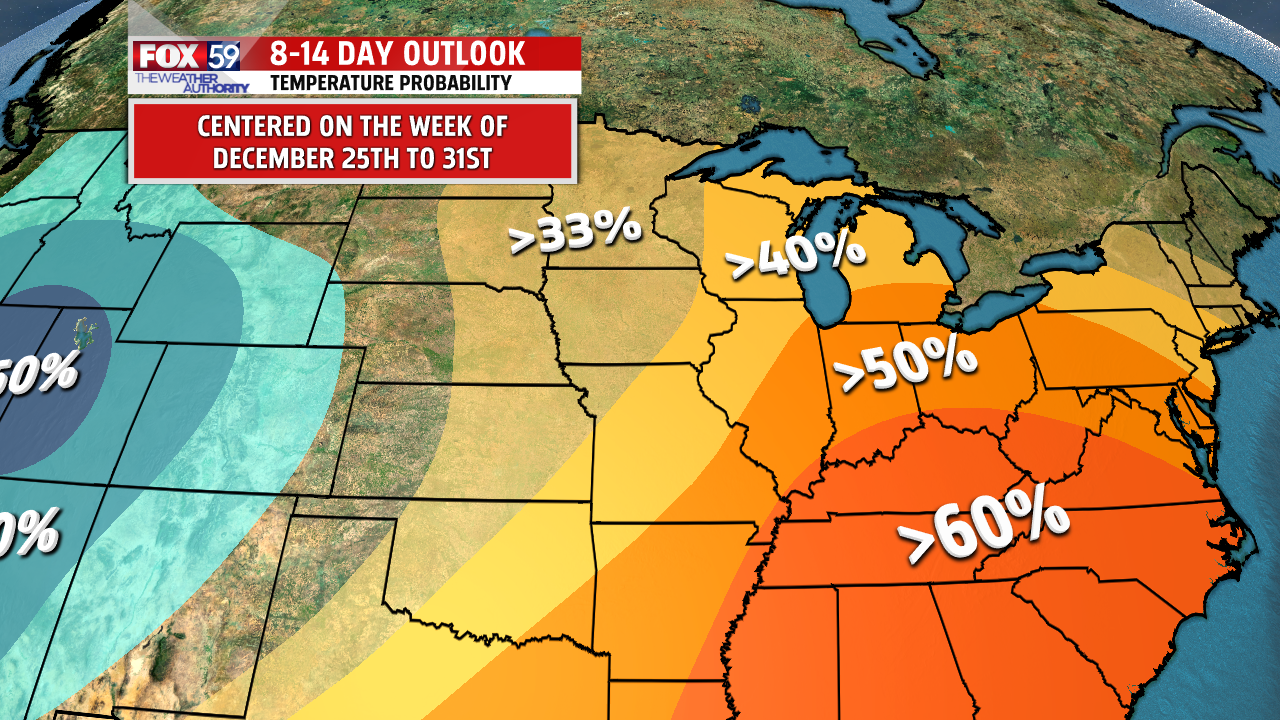 SNOW SEASON OFF TO A SLOW START AGAIN

The snow season is once again off to a very slow start.  Less than 1" of snow has fallen officially in Indianapolis through the 17th of December - that's 3.3" below normal.   This is among the least-snowiest starts to a snow season on record (24%), ranking 33rd all-time.  Only 1998 produced no snow through the 17th of December, not even a trace.  It is interesting to look at some cities that have had more snow already this season. 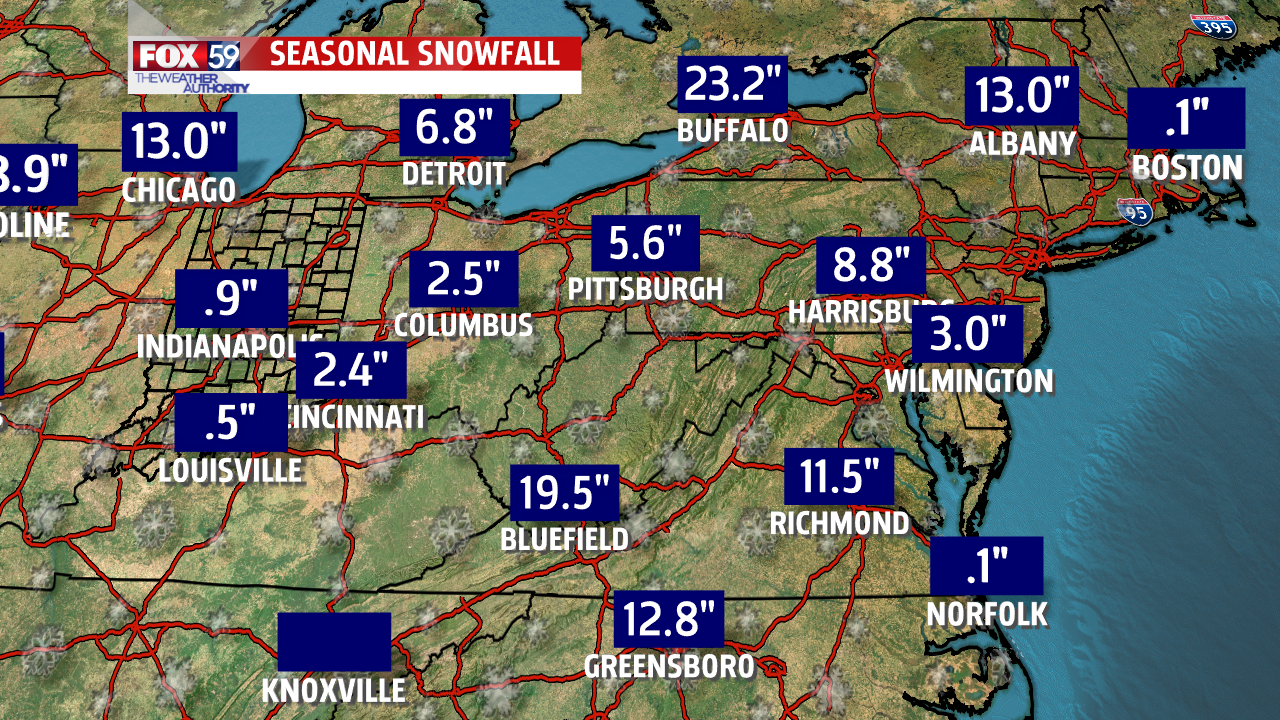 ANY CHANCE OF SNOW BEFORE CHRISTMAS? 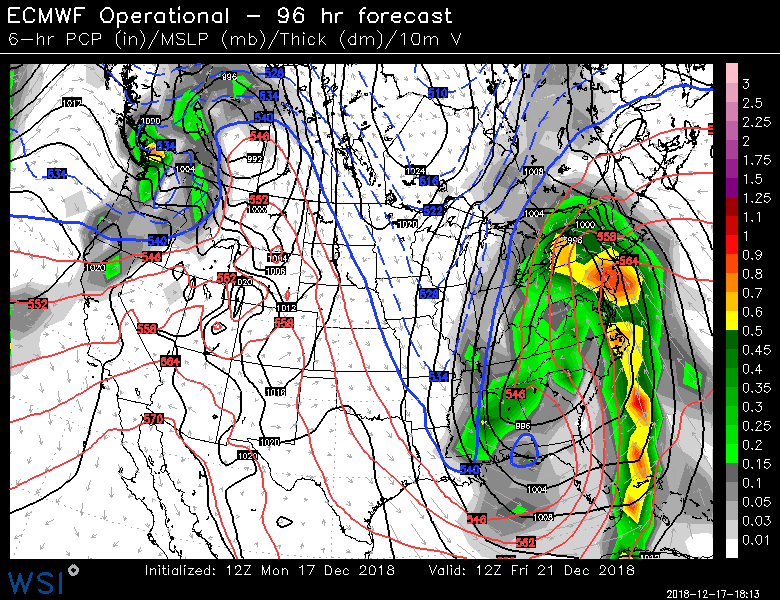 According to a release from the governor’s office, DeWine tested positive after he took a test for COVID-19 as part of the standard protocol to greet President Donald Trump on the tarmac at Burke Lakefront Airport in Cleveland.

BAY COUNTY, Fla. (WMBB) - As we move through August, temperatures here in the panhandle are getting higher and higher.

With the high temperatures and humidity those of you spending your day outdoors are more likely to be affected by the heat.

This is a new daily total record for the state’s case reporting; the highest daily total previously was 1,011 new cases on Friday, July 24.

While You Were Sleeping: Coronavirus updates for August 6