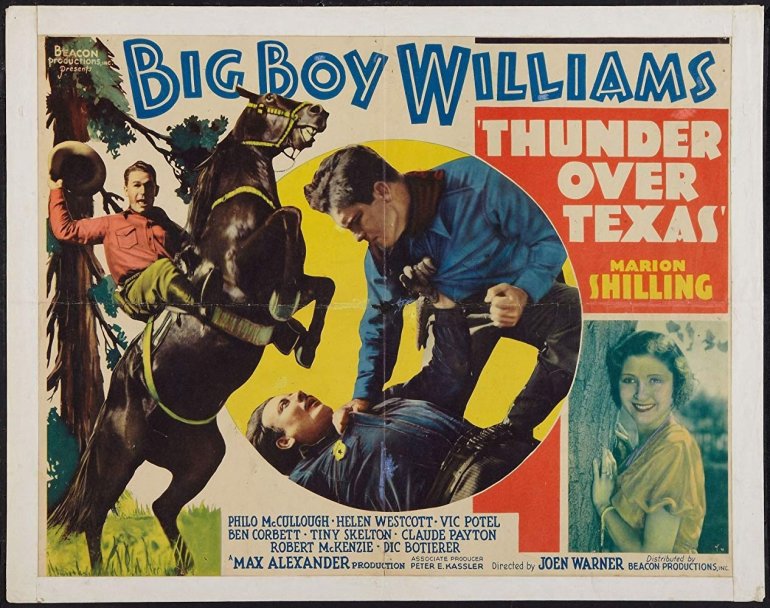 INDIANAPOLIS, Ind. — Garfield Park Art Center has announced Thunder Over Texas (1934) as the next featured film at Vintage Movie Night on Saturday, February 1, at 7:00 p.m.

The 1934 film was directed by the legendary director Edgar Ulmer.

“This western  features actor Guinn Williams as a cowboy who tries to protect a young woman whose father was murdered because he had railroad maps that showed the location of a proposed new line. Now the killers are after her because they think she has the maps.”

Vintage Movie Night admission is $5 and concessions are $1. This is a family-friendly film and there is free parking for the event.

The Vintage Movie Nights for the remainder of 2020 are as follows:

WASHINGTON (AP) — Like forecasters tracking a megastorm, White House officials are relying on statistical models to help predict the impact of the coronavirus outbreak and try to protect as many people as possible.

The public could get its first close look at the Trump administration's own projections Tuesday at the daily briefing.

NEW YORK -- CNN anchor Chris Cuomo has been diagnosed with COVID-19, the network said in a memo to employees on Tuesday.

He is feeling well, and will continue to anchor his 9 p.m. program "Cuomo Prime Time" from his home.

INDIANAPOLIS, Ind. -- Governor Eric Holcomb is set to provide the latest information about Indiana's response to the COVID-19 pandemic as the state continues to see cases spread across Indiana's counties.

On Tuesday, state health officials say an additional 14 people died in Indiana from coronavirus-related illnesses. This brings the state's total to 49.