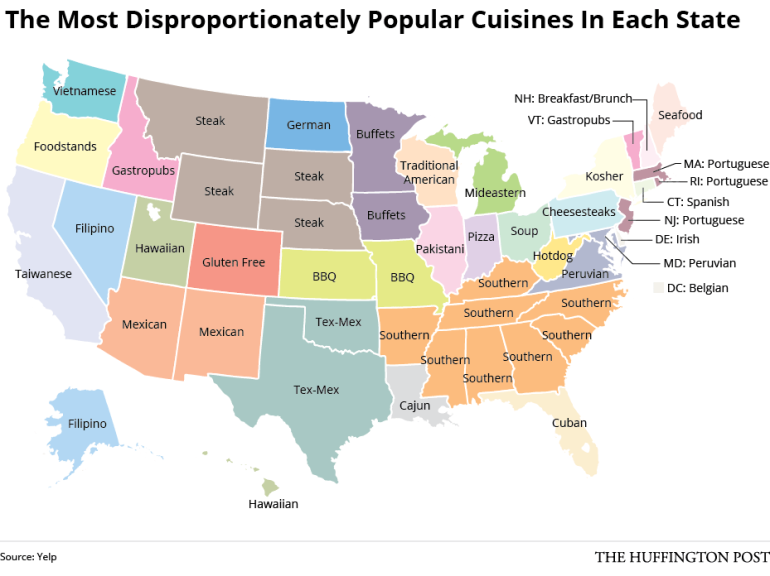 That’s what The Huffington Post and Yelp found out by analyzing restaurant listings for each state. Their collaboration helped discover which cuisines were uniquely popular from Indiana to California.

How did they do it?

Here’s what the results had to say about Indiana:

CHICAGO (AP) — A former U.S. soldier who said an obsession with witchcraft led him to slay a Georgia nurse in a bid to lift a spell he believed she put on him is the first of two more inmates the federal government is preparing to put to death this week.

William Emmett LeCroy, 50, on Tuesday would be the sixth federal inmate executed by lethal injection this year at the U.S. prison in Terre Haute, Indiana. Another is scheduled for Thursday of Christopher Vialva, who would be the first African-American on federal death row to be executed this year. LeCroy is white, as were four of the five inmates executed earlier. The fifth was a Navajo.

DELAWARE COUNTY - Ball State University has reported hundreds of symptomatic students have tested positive for the virus since mid-August but health officials warn it is difficult to imply the campus is to blame for a recent increase in hospitalizations in the area.

Since August 17, roughly 630 symptomatic students have been tested for COVID-19 through IU Health and more than 300 received a positive result.

INDIANAPOLIS — The American Cancer Society is asking for your help this fall raising funds for breast cancer patients and research.

Making Strides of Indianapolis will be a virtual event this year, rather than the traditional downtown walk, but ACS says the need for donations is even greater.

Bikers can ride a Pacers Bikeshare bike for free Thursday

1 killed in 5-vehicle crash in Fountain County; 4 others hospitalized