WESTFIELD, Ind. – The community of Westfield is helping make a 15-year-old girl’s dream come true as she continues to fight for her life.

Her friends, family and people who have never met her are not letting her give up or lose hope. In fact, it’s not what they’re saying but what they’re doing that’s catching a lot of attention online.

Presley Long is a freshman in high school. She’s counting down the days until this Saturday, April 27. A day where she can forget about her pain and put on some new sparkly high heels.

“I can’t wait to see her, to see the smile on her face and with her friends,” said Presley’s mother Ashley Long.

For Long, going to prom wasn’t just about dancing or getting dolled up. It’s a goal.

Presley has fought through several rounds of aggressive chemotherapy. She was diagnosed with a very rare soft tissue sarcoma cancer, known as GNET, which stands for malignant gastrointestinal neuroectodermal tumor. It’s a clear-cell cancer and it’s so rare that Riley Hospital can no longer treat her. She spent much of her freshman year in the hospital. Presley celebrated a clear scan in February and got to ring the bell at Riley, just to find out it aggressively grew back recently.

“I’m like, this beautiful little girl. You know, she just wants to go to prom,” said Robin Luehrmann.

Robin Luehrmann is a Westfield school bus driver and very close family friend. She knew she had to make Presley’s dream of going to prom come true. She posted her story on Facebook, hoping for a response. She never expected what would happen.

“We’ve got somebody already buying the corsage,” said Luehrmann, “somebody bought the prom ticket, we’ve got a photographer doing a fundraiser, where the couples can go over to Field Brewing for a $10 donation.”

The community has already helped raise more than $1,300 to get Presley to prom.

“We’re just blessed to have so many people reach out to us and offer anything,” said Austin Miller, Presley’s step-father.

While Presley begins to lay out her accessories ahead of her magical night, she’s reminded of the support and meaning behind the sparkly high heels and

matching jewelry. Presley described this as something she will never forget. 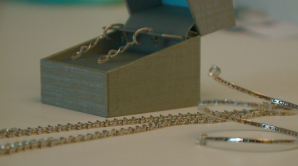 “Giving you something to look forward to in a hard time like this,” said Presley, “it takes your mind off all the pain and the suffering.”

Culver’s restaurant in Westfield is hosting a fundraiser for Presley. On April 30, they’ll be donating a portion of their sales to her cancer fight from 10:30 a.m. to 10:00 p.m.

Culver’s stated in a press release:

“We’re proud to call Westfield home and doing our part to help just feels right,” said Rayme Swan. “We strive to make a difference in the community we share with so many others, and working with Presley Long’s Fight with GNET Sarcoma allows us to help support individuals and families in our area.”

Man arrested in rash of shootings into homes and …

Muncie mom had kids in ‘filthy’ home, no running …

Possible Chinese balloon tracker: Where is it headed …