PENDLETON, Ind. – It’s prom season across central Indiana, and we love seeing all the pictures of cute couples dressed in their very best. But we just can’t get over this pair from Pendleton!

Meet Anakin and Skye! Yes, it’s quite the coincidence these “Star Wars” fans went to the big dance together, but what makes this even more perfect is their prom was on May 4—Star Wars Day!

Anakin Allison is a senior at Pendleton Heights, and he was named after Anakin Skywalker from the “Star Wars” films. His father, Chris Allison, is a huge “Star Wars” fan.

Anakin played football, and he made this year’s Indiana AP All-State football team. He also performed in his school’s spring musical, “Footloose,” which is where he got to know Skye Fuller.

Skye is also a senior at Pendleton Heights. She is big in the school’s show choir and theater programs, and she’s won numerous awards, including Best Female Actress for her role in “Footloose” and Best Supporting Actress for two other productions.

Anakin and Skye really got to know each other better during rehearsals for “Footloose.” Anakin portrayed Chuck Cranston, and Skye played Ariel Moore.

Anakin asked Skye to prom with a promposal scavenger hunt throughout the town. It wasn’t until later that they realized prom was on May 4, Star Wars Day, and their names are Annakin and Skye. 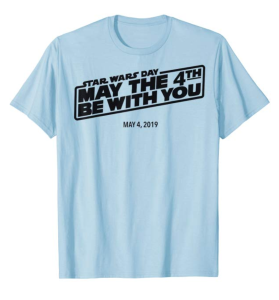 They made special t-shirts to commemorate the dance.

Anakin plans to attend Arizona State University in the fall and major in business. He is also going to try to walk on the school’s football team.

Skye will attend the University of Southern Indiana this fall, and she will major in radiology and minor in theater and music.

BAY COUNTY, Fla. (WMBB) - As we move through August, temperatures here in the panhandle are getting higher and higher.

With the high temperatures and humidity those of you spending your day outdoors are more likely to be affected by the heat.

PLANO, Texas (WJW) -- Cheetos is spicing up your lunch and dinner with its latest product: Cheetos Mac 'n Cheese.

Frito-Lay, Cheetos' parent company, announced the new product on Wednesday, stating it will be available in three of the brand's most popular flavors — Bold & Cheesy, Flamin’ Hot and Cheesy Jalapeno.

Fireworks and ammonium nitrate appear to have been the fuel that ignited a massive explosion that rocked the Lebanese capital of Beirut, experts and videos of the blast suggest.

The scale of the damage — from the epicenter of the explosion at the port of Beirut to the windows blown out kilometers (miles) away — resembles other blasts involving the chemical compound commonly used as an agricultural fertilizer.

US State Department lifts global ‘Do Not Travel’ advisory