INDIANAPOLIS, Ind. – Police say a suspected drunk driver struck and killed two people, including a Colts player, standing along I-70 on the west side of Indianapolis Sunday morning.

A state trooper discovered the wreckage just west of Holt Road shortly before 4 a.m. As the officer slowed to stop for the crash, police say he struck the body of one of the victims in the center lane.

One of victims has been identified as Colts linebacker Edwin Jackson, 26, of Atlanta. He was pronounced dead at the scene.

Uber confirms that their driver, Jeffrey Monroe, 54, was also pronounced dead at the scene.

Police believe the victims were standing outside of a passenger car stopped on the side of the interstate when 37-year-old Alex Cabrera Gonsales drove a black Ford F-150 onto the emergency shoulder and struck the rear of the car, as well as the victims.

According to police, Gonsales fled the scene on foot, but the trooper who discovered the crash apprehended him shortly after on the ramp to Holt Rd.

Police believe Gonsales was intoxicated and was driving without a license. He was transported to the Marion County Jail. Toxicology results are pending.

ISP said it is believed the reason Monroe pulled over is because Jackson became ill. Both were allegedly struck by Gonsales.

Jackson was placed on IR this year before the season started, but played in every game during the 2016 season.

He had 8 starts and recorded 66 tackles.

Weather is not believed to be a factor in this crash.

Here are pictures from the scene, Jackson was traveling in the red 2018 Lincoln: 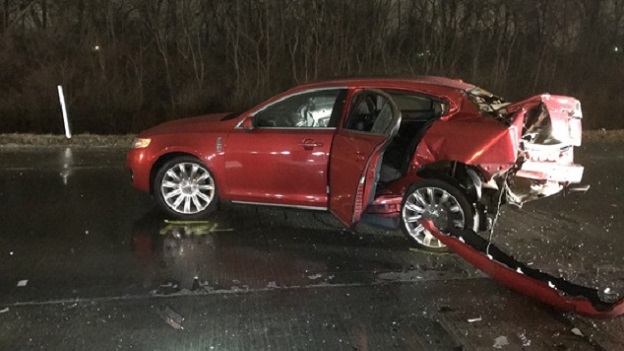 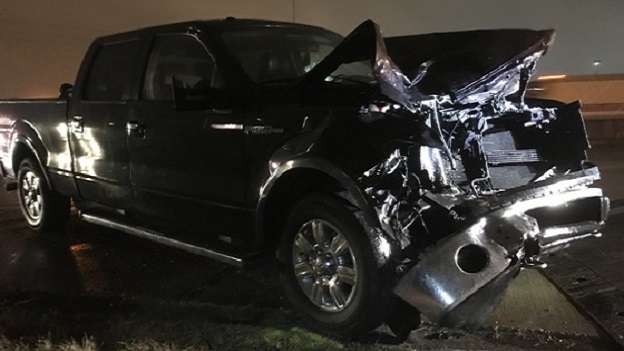 All lanes of I-70 westbound were closed at Holt Road as authorities investigated. The interstate has since been reopened.

The Colts released the following statement regarding Jackson’s death:

“We were heartbroken to hear the news of Edwin Jackson’s passing. Edwin was loved by all in the Colts organization. We admired his outgoing personality, competitive spirit and hard-working mentality. He was well-respected among all with whom he crossed paths, and he will be greatly missed in our locker room and throughout our entire organization. We also understand that another person lost his life in the accident, only adding to our sorrow on this day. We are shocked and saddened by this tragedy, and our thoughts and prayers are with the families of both men during this difficult time.”

Uber released the following statement regarding the tragic loss of life:

“Like so many who are mourning, we are heartbroken by this news. Our thoughts and prayers are with the families, the Colts, and the entire Indianapolis community.”

WHERE IS SHERMAN? GLOBAL GIFTS

When Tony Danza Was the Eagles’ Kicker

The NBA’s Next All-Time Scoring Champ Could Be …