INDIANAPOLIS – Were are entering the final weeks of the high school football season and the number of teams that are still alive for a championship are dwindling.

Class 6A already has its two finalists decided while the other five classes are down their respective final fours. That means that each play for every player gets a little bigger as the state finals are just two weeks away.

But only two of these moments from the fourth week of the playoffs are good enough to be called “SPUDtacular.”

Once again Fox 59 is awarding the McAlister’s SPUDtacular Play of the Week to a pair of players for play they made on November 14th. These pair were shot by our cameras during Football Friday Night on that evening.

To see the plays, click on the videos below. Then cast your vote for which play you feel is the most SPUDtacular. We’ll announce the winner on this week’s edition of Football Friday Night.

Also, which McAlister’s SPUD would you choose. 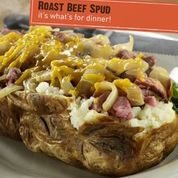 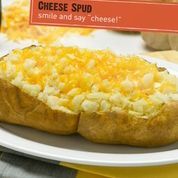