INDIANAPOLIS – Teams that are left in the IHSAA State Football Playoffs are dwindling by the week.

The Final Four has been set in Class 6A while the other five divisions of football teams are down to their Elite Eight.

Such pressure calls on big plays by big time players to keep state championship dreams alive for another week and to take another step towards playing on Thanksgiving Weekend.

But only a select few of these moments are good enough to be called “SPUDtacular.”

Once again we at Fox 59 have picked two plays that are our nominees for the McAlister’s SPUDtacular Play of the Week Award for November 7th. To watch them click on the videos below and then cast your vote for which play is the best.

We’ll announce the winner on this coming week’s edition of Football Friday Night at 10:35 PM on Fox 59.

Also, which McAlister’s SPUD would you choose? 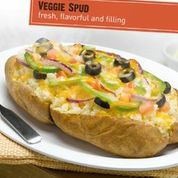 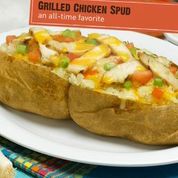