INDIANAPOLIS, Ind. – Do you remember the wild October snow storm of 1989? It started on this date – October 18, the earliest date on record for measurable snow for the city of Indianapolis. Only .2″ fell by midnight, but we would go on to receive a whopping total of 9.3″ of snow from the 18th through the 20th! 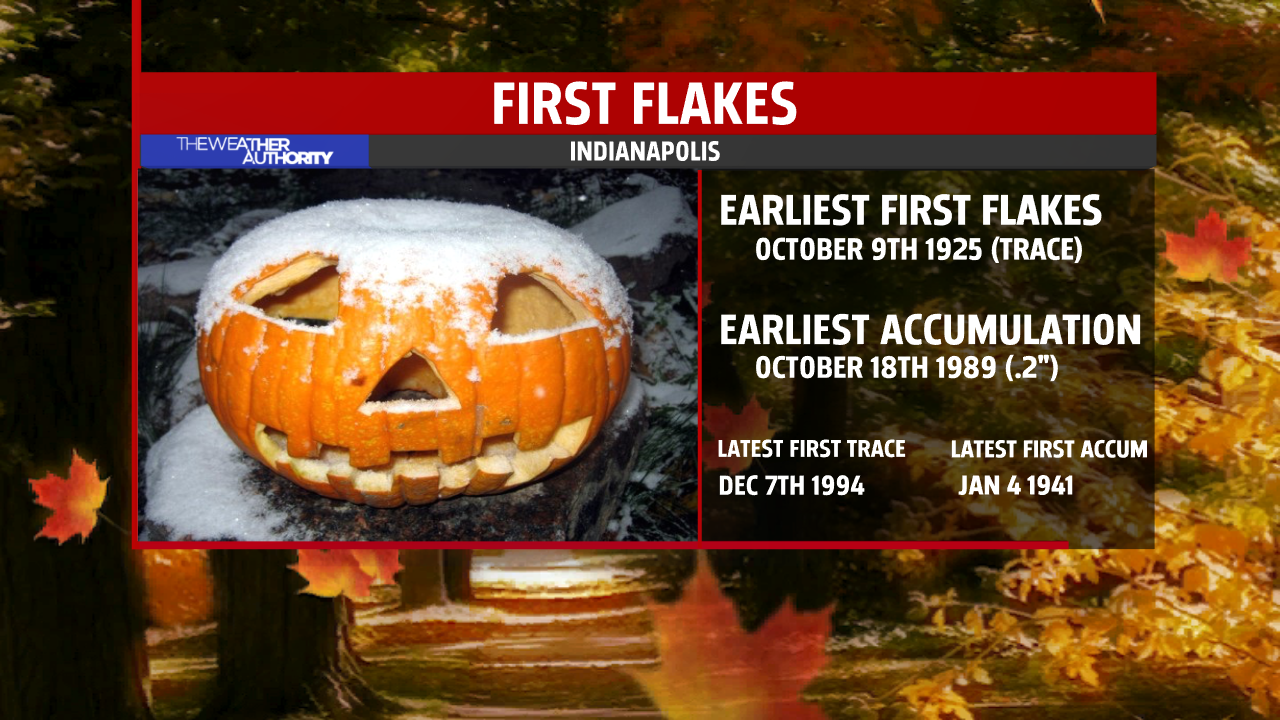 Scanning weather records, October is the month that the first flakes fall. 38 Octobers on record have produced a trace or more of snow – 25 percent. Will we see them this year? The warm October has taken a turn recently with some chilly nights and cooler days but warmer temperatures are expected through the weekend and into early next week.

Thank you to the Indianapolis Star for the snapshot of the newspaper dated Friday October 20, 1989. Note just days after the huge California earthquake that rocked the World Series that year. 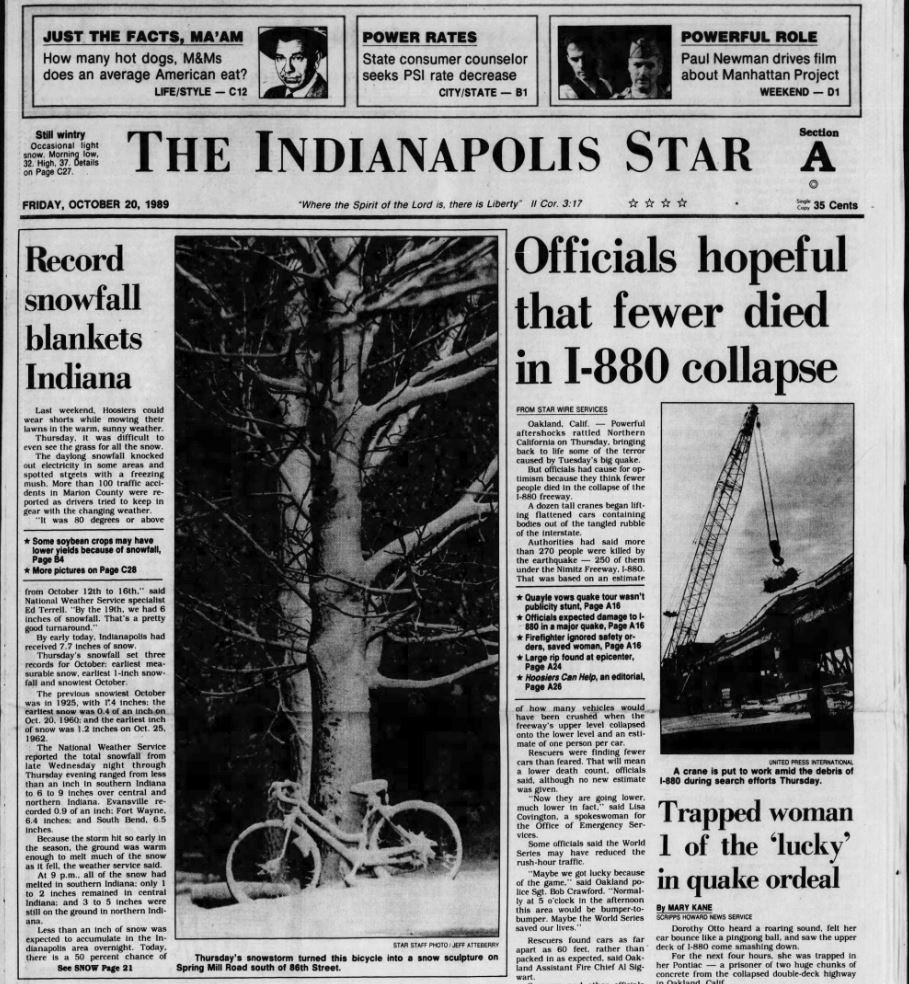 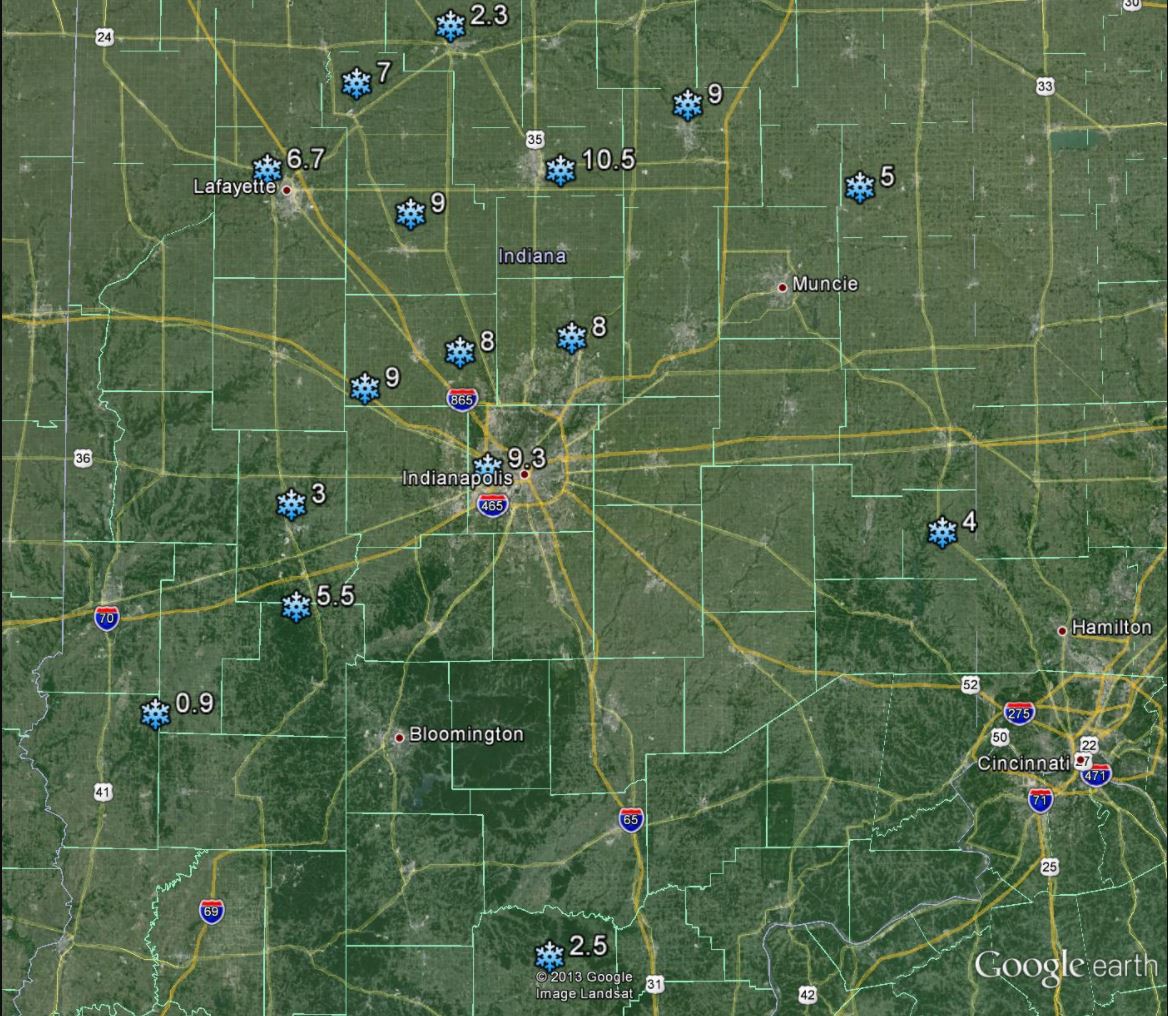 We are starting off our day with mostly clear skies and patchy frost! The quiet weather will persist through the morning and afternoon. However, there will be additional cloud cover today versus the full sunshine we had on Saturday. Southerly winds will also help temperatures climb nearly five to 10 degrees above normal for late November. The high in Indianapolis is going to rise near the 50° mark this afternoon.

A few rain showers will arrive after 8 PM in western Indiana and fill into the state after midnight. The scattered showers will form ahead of a passing cold front. Once colder air invades behind the boundary, the rain will turn to a rain/snow mix. The transition from rain to snow will likely occur after midnight with much of the area seeing the wintry mix by the Monday morning commute. East Central Indiana has the most favorable chance for accumulating snowfall on Monday morning.

We're in for another chilly night across central Indiana. Wind chill temperatures by early Sunday morning will fall back into the mid 20s!

Sunday will be the warmest day out of this next week. If you need to get some outdoor holiday decorations up or do any other time of outdoor activity, this is the time to take advantage of. We won't have as much sunshine Sunday as clouds increase throughout the day, ahead of a storm system that will bring us some wintry weather to parts of central Indiana.

High pressure is going to travel over the area today and provide Indianapolis with full sunshine! Temperatures today will be seasonal as highs reach into the mid to upper 40s this afternoon. You will have an opportunity to head outside the next two days before the weather takes a wintry turn on Monday.

We are still tracking the tricky system early next week. There is a storm system that is going to originate over the southern US and it will track north-northeast over the Mid-South this weekend. It will eventually impact the eastern half of the Ohio Valley Sunday night and Monday. The forecast models have been indicating that the system may shift more east with Ohio getting the brunt of the snowfall. The projected snowfall totals have pulled back even more within the last 24 hours, meaning less snowfall is likely for central Indiana.