What a year weather-wise in central Indiana! To say the least, 2015 will be one to remember.

We started off the new year with a brief temperature rise to the 50s but it wouldn’t last!

A winter storm roared in the state dropping a half foot of snow from Lafayette to the north side of the city. Temperatures would plunge to -7° with many nights well in into the single digits through mid-month.

We escaped several near miss snow storms for much of January and into mid-February. Several storms would bury north and southern Indiana until we took a direct hit late February.  3″ to 7″ of snow fell on the 21. Several nights would once again turn bitterly cold – dropping to -6° two times before the month would end.

It was the end of February and the open to March that we saw old man Winter’s final hurrah!  Another snow storm would make a direct hit delivering 5″ to 10″ of snow through the heart of the state. A record 11″ of snow was on the ground March 1 – most ever so late in the year.

May rainfall was plentiful along with more hail. Intense thunderstorms would cover the ground with hail in Lebanon dropping visibility to nearly zero!

Late in the month on the night of the 30th – a brief tornado on the southeast side of the city shortly after 8:30 pm would damage cars and homes, rated an EF 1 with 90 mph. These storms would deliver another 3″ to 5″ of rainfall creating flash flooding well into the night.

June picked up where May left off and by month’s end over 8″ of rainfall had fallen officially in Indianapolis. Over a foot of rain soaked the northern part of the state damaging young crops. June would end as the 7th wettest on record and we weren’t done yet.

A historic July would go into the books as the wettest month EVER in Indianapolis history. A whopping 13.14″ of rain would fall devastating some Indiana crops. The largest severe weather outbreak of the season occurred on the 13th and 14th with a pair of tornadoes almost simultaneously touching down late in the evening over Warren and Putnam counties. One motorist was injured in Boone county when a tree fell on their vehicle from damaging wind gusts.

August – September and October would turn quiet but heat up. The longest heat wave of the season came during the long Labor Day weekend. 7 straight days topped the 90° mark peaking at the year’s hottest of 94° on the fourth.

Early snow before Thanksgiving northwest of Indianapolis of 3 to 5″ would not last long. 60° warmth soon returned and the mild air kept coming into December. 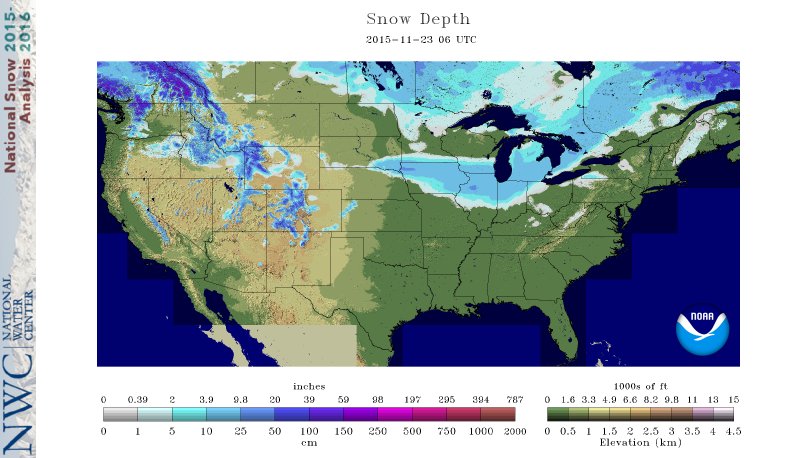 A December to remember with record setting 70° warmth and a severe weather outbreak just two days before Christmas. Four tornadoes would be confirmed state-wide the night of the 23rd – most ever in a December since 1967.

Heavy rainfall after Christmas of 3″ to 5″ would make this one the wettest December’s on record and pushed 2015 to among the wettest 16% ever. With just over 48″ of precipitation this year the 23rd wettest on record. 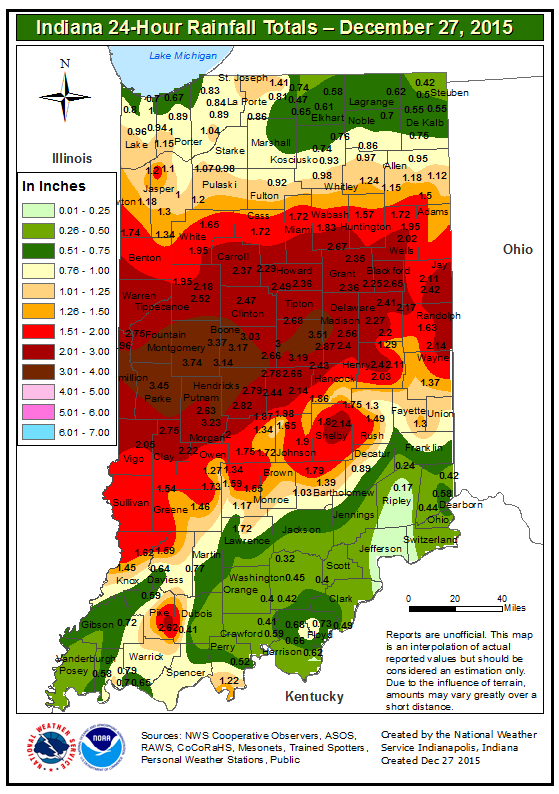 Strange day of weather and rewriting the weather books Wednesday; Freeze will ease and temperatures surge next week

The official snowfall in Indianapolis Tuesday was 2" setting a record for the date (April 20th) and it was the LARGEST snowfall so late in a season in 124 years! The 2" total ranked second largest only to 1897's 2.4".

It's a new record low! This morning our temperature in downtown dropped below 28°, beating the old record set in 1907, 114 years ago!

Icy patches could create a few headaches this morning, along with some power outages due to the weight of the heavier snow. A few extra minutes wouldn't hurt going out-the-door and be sure to grab a coat, as wind chills are in the teens.

How long does protection from COVID-19 vaccines last?

Earth Day was almost called something else entirely

It’s not too late to see the Lyrid meteor shower

Earth Day 2021: Here’s how NASA is studying the planet

Officer identified in fatal police shooting of Ma’Khia Bryant, 16, who attacked 2 with knife

After surge in COVID-19 cases, Marion County plateauing as officials urge residents to get vaccinated