Remember the good ol’ days when temperatures were near 70-degrees in early February?  The winter we’ve been having is ranked 10th warmest and the warmest since 2002!  This cold has be infrequent, with the bitter cold bottled up most of December and January.  We are getting a real taste of winter tonight.

Temperatures are tumbling Thursday afternoon and will bottom out at the coldest of the season and coldest since last March.

The forecast low of 5° early Friday will surpass the 8° low set back in mid-November!  The coldest temperature for all of December and January was 9°.

Fresh snow, clearing and lighter winds will aid in the temperature drop.  Many outlying areas will go below zero by sunrise especially north and northwest where some snowfall totals were as high as 5″.  Indianapolis received a paltry total of 1.6″ but that is more than the entire month of January. 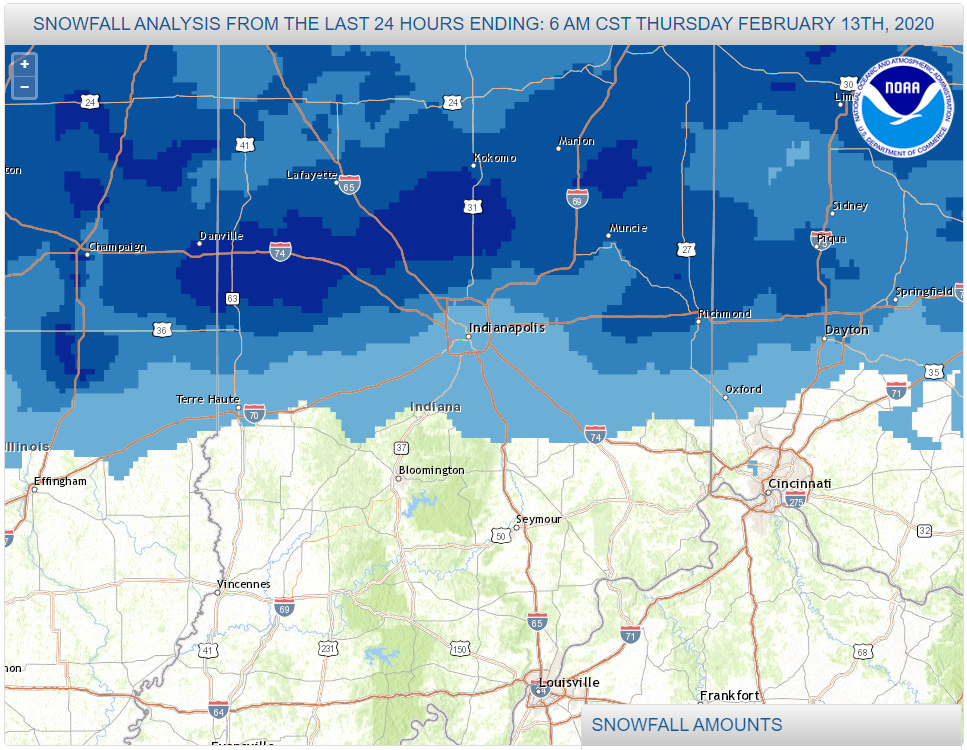 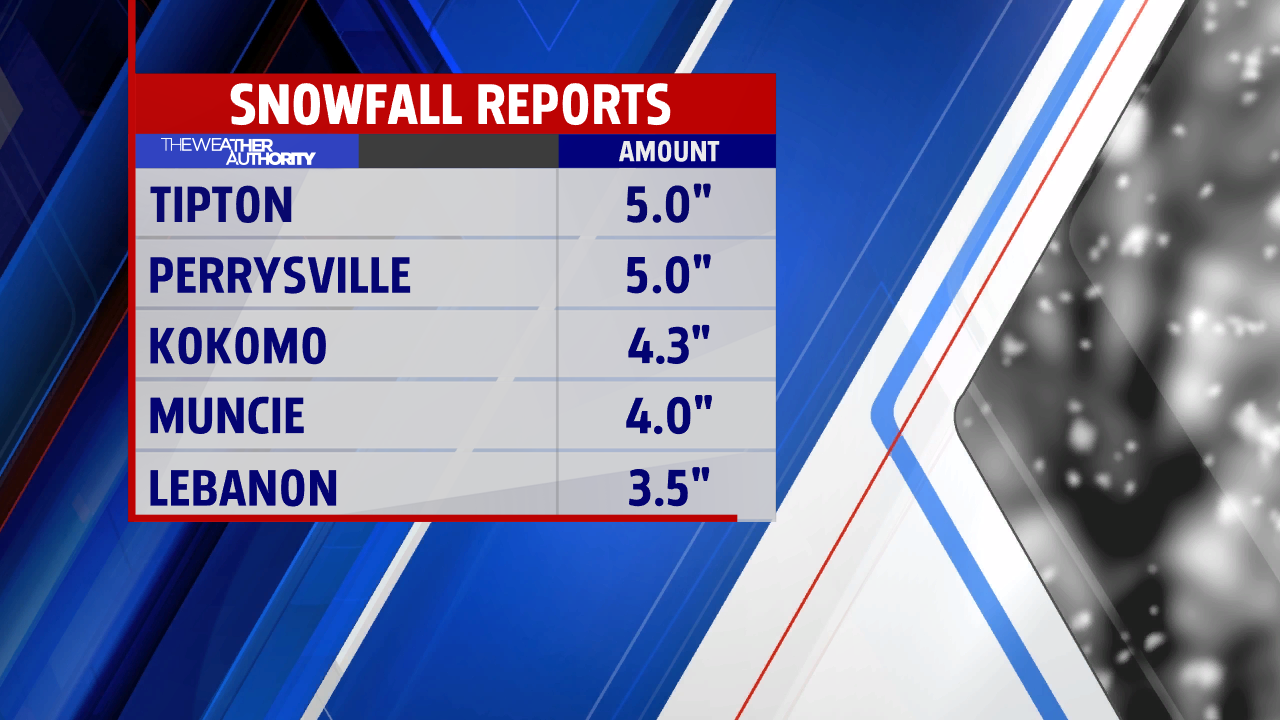 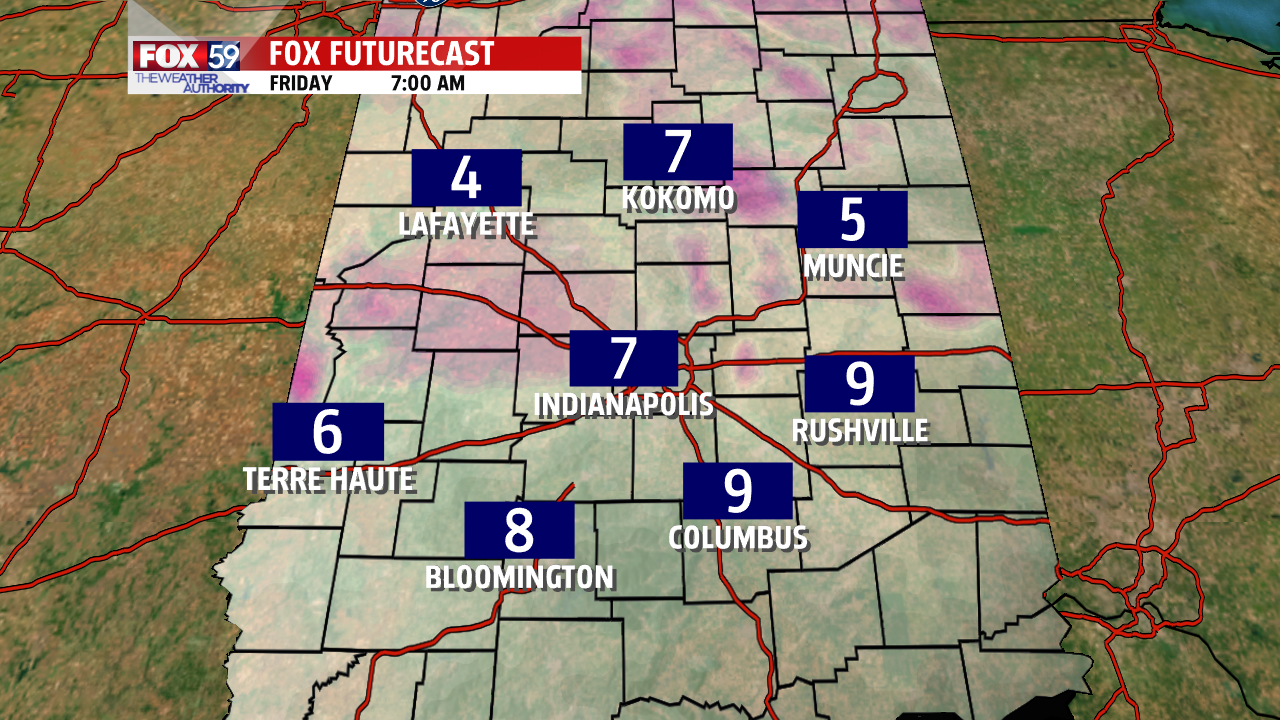 Into the middle of February and the temperatures are susceptible to wild swings and Valentine’s day can be love it or leave it!  The warmest 65-degrees in 1954 while the coldest morning was -14° in 1905. 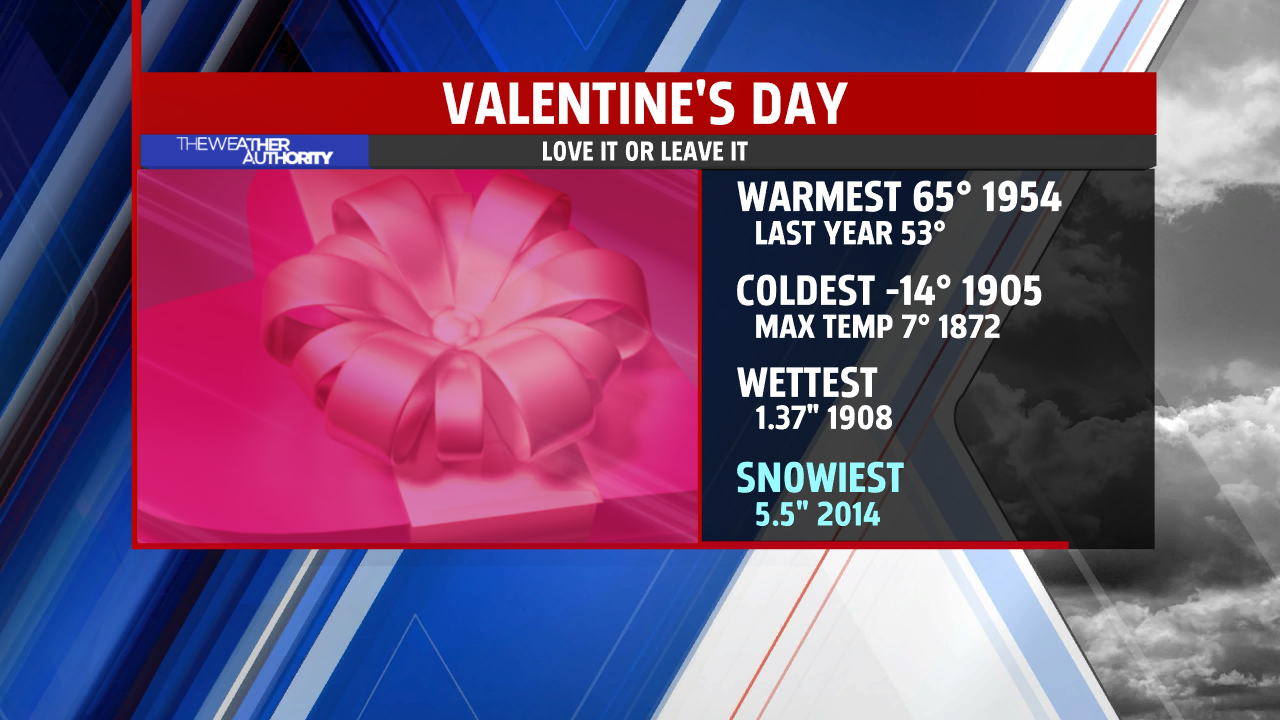 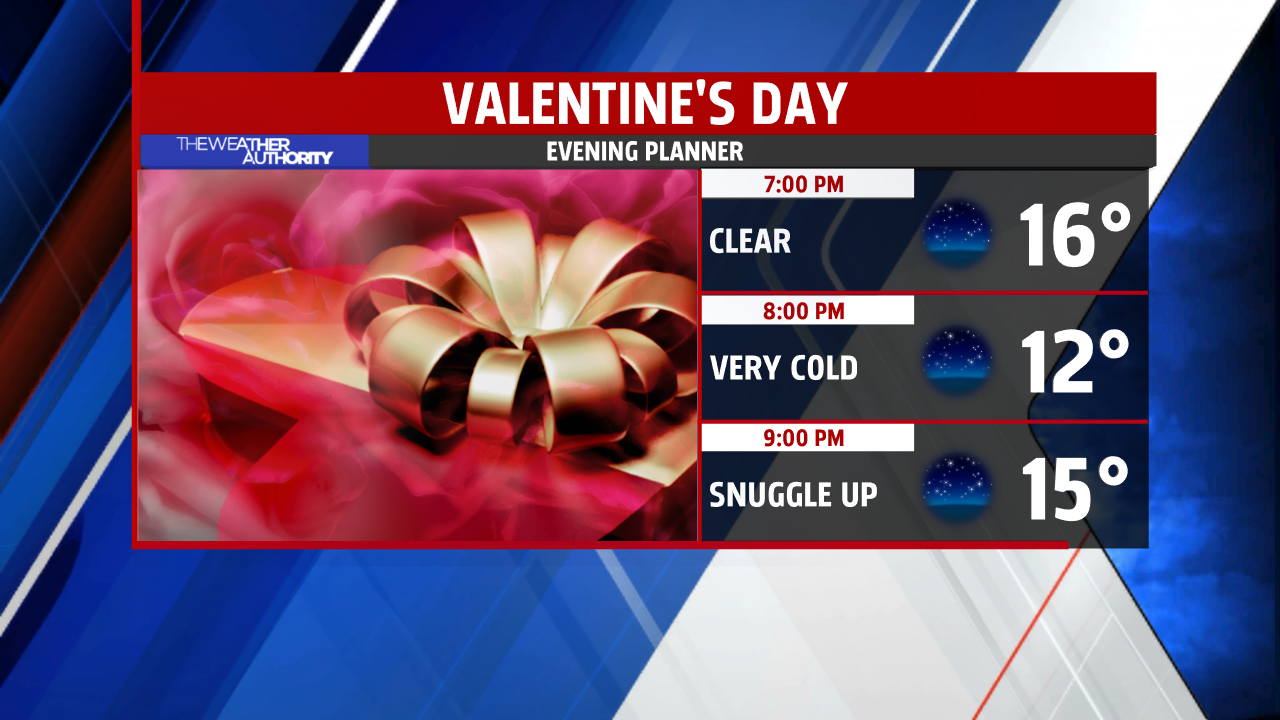