Heat continues for central Indiana and there is a chance at breaking more records Wednesday. 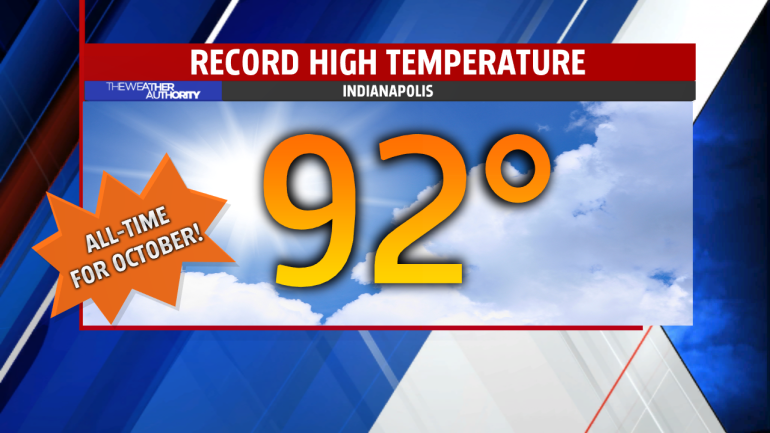 The one caveat with breaking the October 2 record high temperature will be if clouds arrive later in the day.  Cloud cover is expected to increase late morning through afternoon in Indianapolis.  If the clouds stay away a little longer, we will get up to 90° or perhaps 91°.  If the clouds arrive, and thicken, earlier we may only be able to top out at 89°.

Regardless, we are nearly a sure lock at breaking the high average temperature from September 30 through October 2.  Currently, for Indy not to reach the record, the city will need to have an average temperature of 69°.  For instance, 65° for a low temperature and 73° for a high temperature.  I don’t think that is going to be a possibility.

If the forecast verifies, we should shatter the record by 3.6°.  That is significant considering this is taking place over three days.

Only four Octobers have produced a 90° day.  Do you know which years?

Central Indiana could use rain.  September 2019 went in to the weather books as the 3rd driest September since 1871.

It appears that some locales will have a chance for rain late afternoon Wednesday and in to the evening.  However, the majority of central Indiana will likely remain dry. 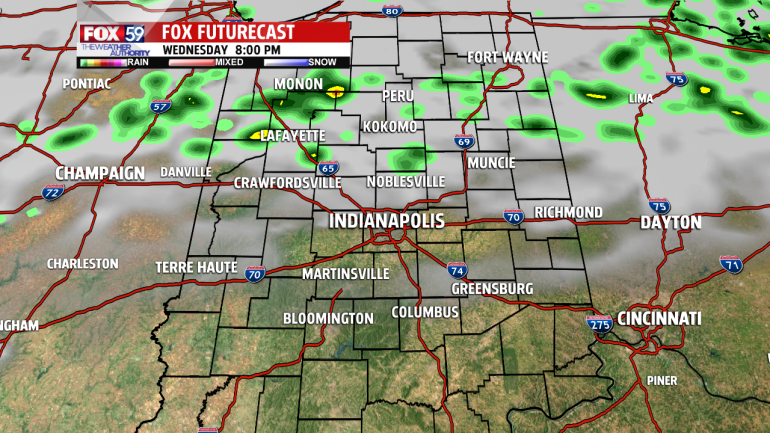 The best chance for rain will be north of I-70, and more likely north of a line from New Castle to Crawfordsville.

The rain will be developing ahead of a slow moving frontal system that will eventually push through central Indiana Thursday afternoon/evening.  Once the front passes, winds will shift to the northwest/north.  Winds gusts will likely increase to 30-35 mph Thursday evening.  Humidity will be the first thing to drop, followed by the air temperature.

Long range computer models continue to suggest cooler air for the end of the week and weekend will be here to stay for a while.  By middle of next week, some data suggests areas of Indiana will struggle to climb out of the 40°s.  Stay tuned! 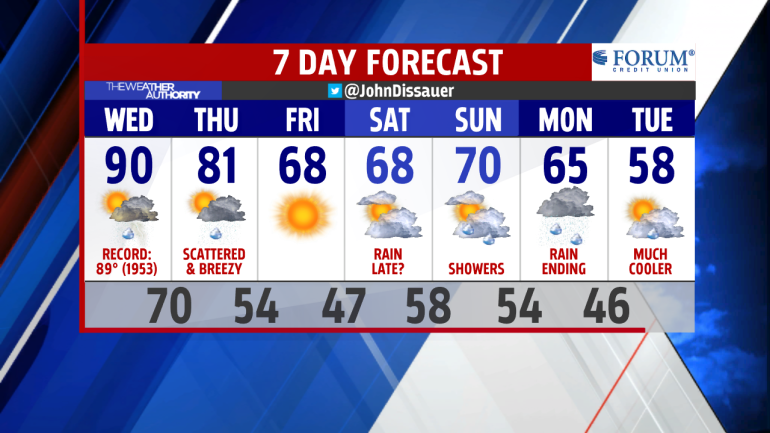 Photos show Lebanon before and after explosion

CDC advising parents to watch for polio-like condition in children

Indianapolis man dies in crash on I-465

US adds 1.8 million jobs in a sign that hiring has slowed

Sherman gives a special shout out to 4-Hers

Photos show Lebanon before and after explosion

CDC advising parents to watch for polio-like condition in children