July ended with much more comfortable days but enters the record books among the warmest 34% on record.  The average temperature was cooler than 2018 by nearly 2° but ended 3° per day above normal.

July is the second wettest month annually but 2019 ends nearly three-quarters of an inch below normal.

Sunshine was much more plentiful and July became the sunniest month of the year.  Though not reaching its full potential (ranks annually as the second sunniest month with 66% possible sunshine) it did produce the first completely sunny day in over a year on July 12th. 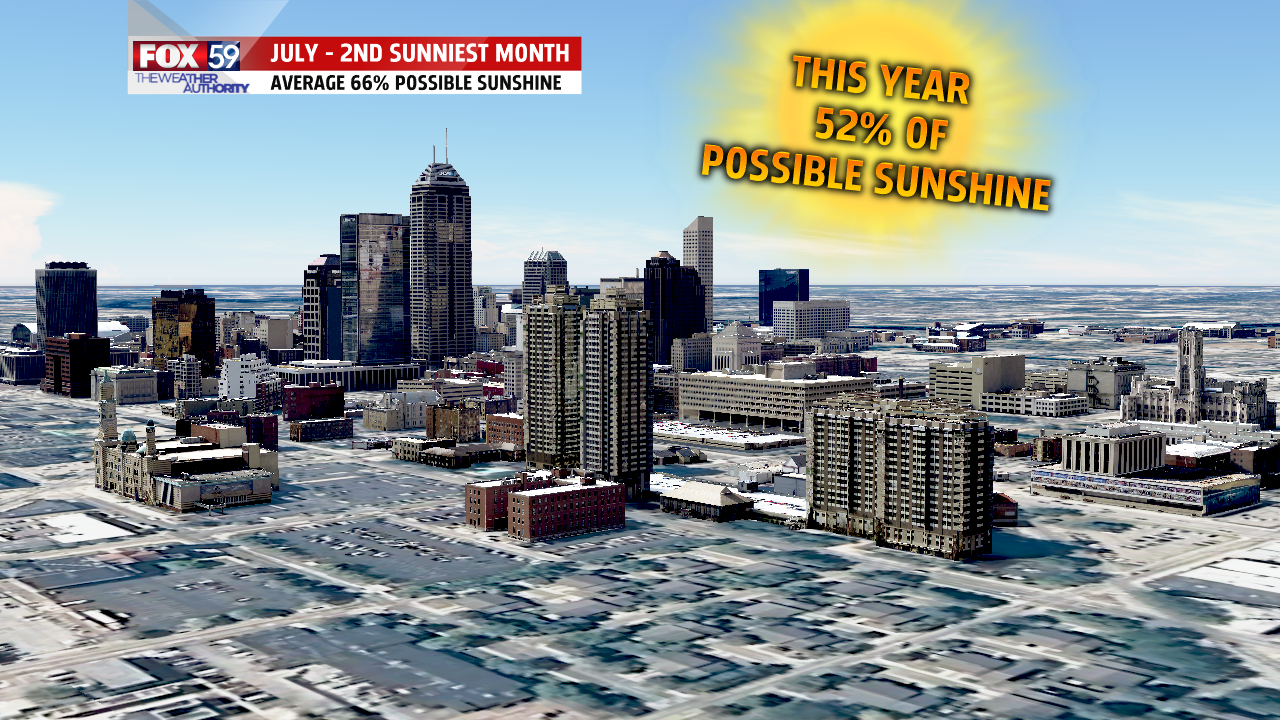 We enter the final month of meteorological summer with 63% of the days above normal but there may be some evening out later into the month.  With a steady warm up expected through the weekend, a stronger cool off could be in the works later next week.

We opened the month with a low of 61-degrees in Indianapolis but many locations started in 50s again early this morning.  That is more typical of mid/late September with a low of 53-degrees in Crawfordsville.  This is the second straight week where lows dipped into the 50s.  Four mornings last week were just as mild. 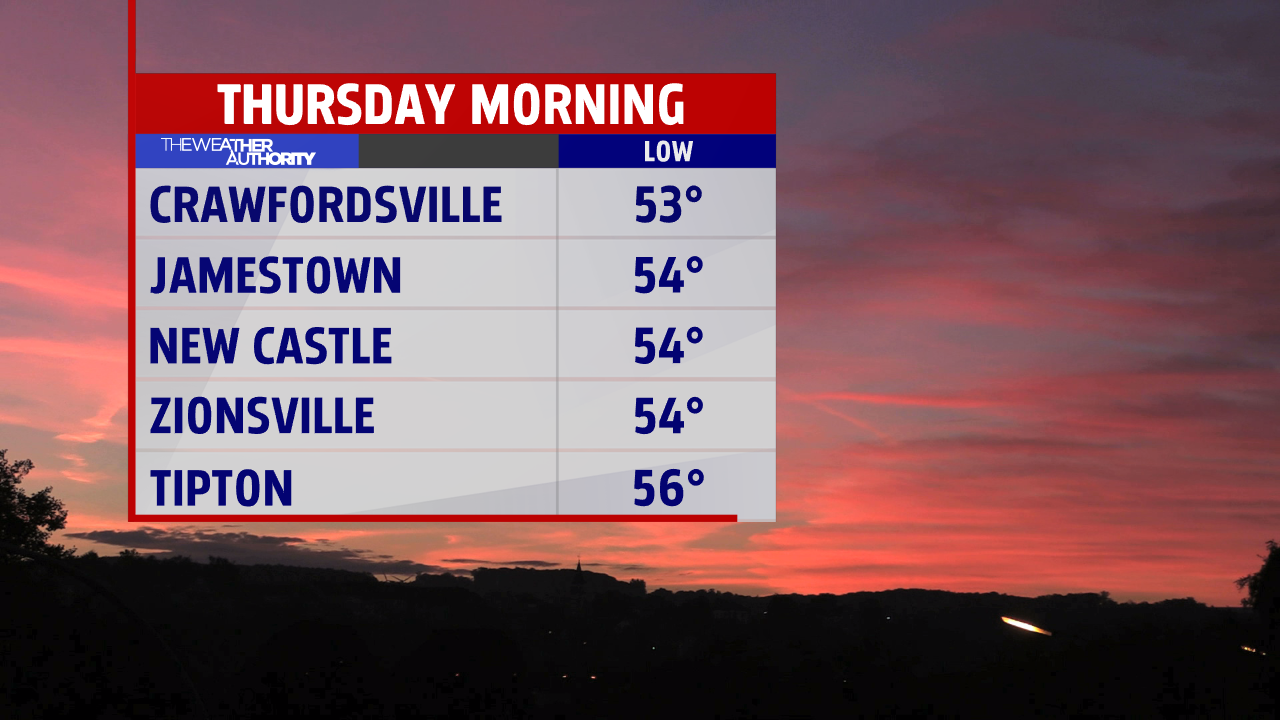 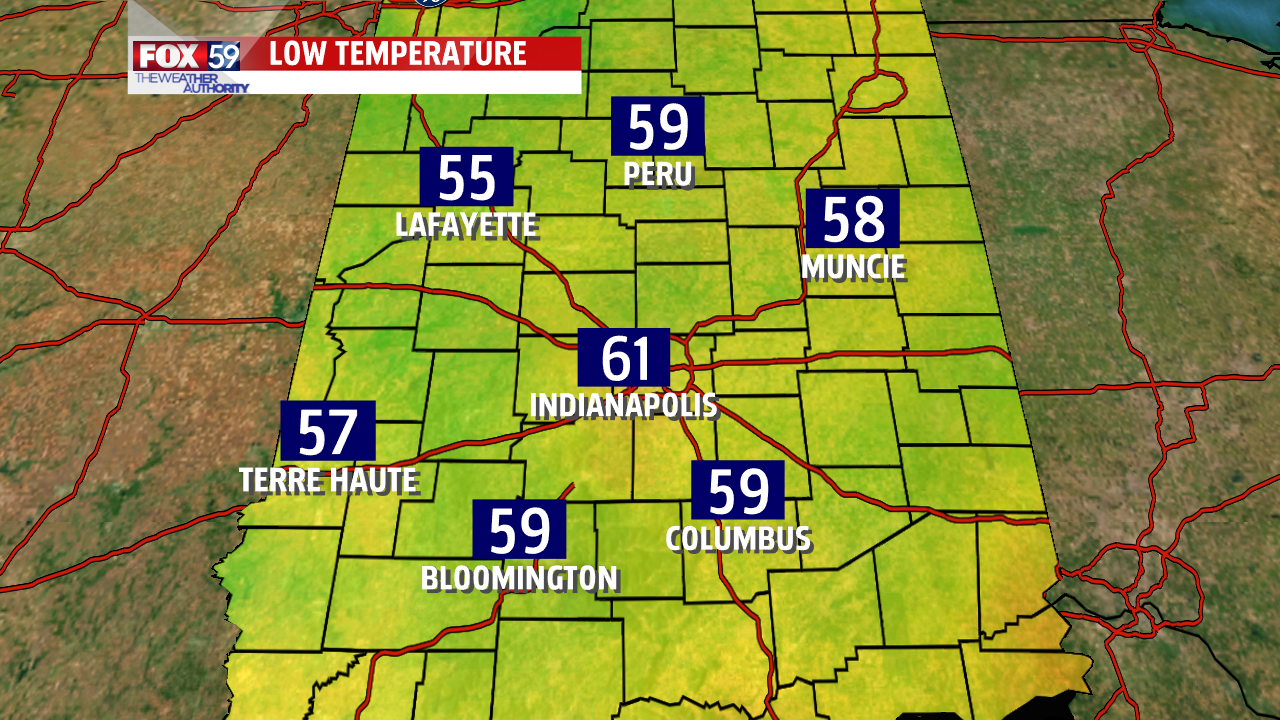 August is often hot but at times hints of the new season on the horizon can often be felt.  The hottest August day in Indianapolis was 103°, August 5th, 1918.  Cool mornings are not common but from time to time the shortening days and lengthening nights lead to a night or two into the 40s.  The coolest low of 41° was set on the 29th in 1965.

After losing forty minutes of daylight as July closes, we lose one hour and nine minutes when August closes. 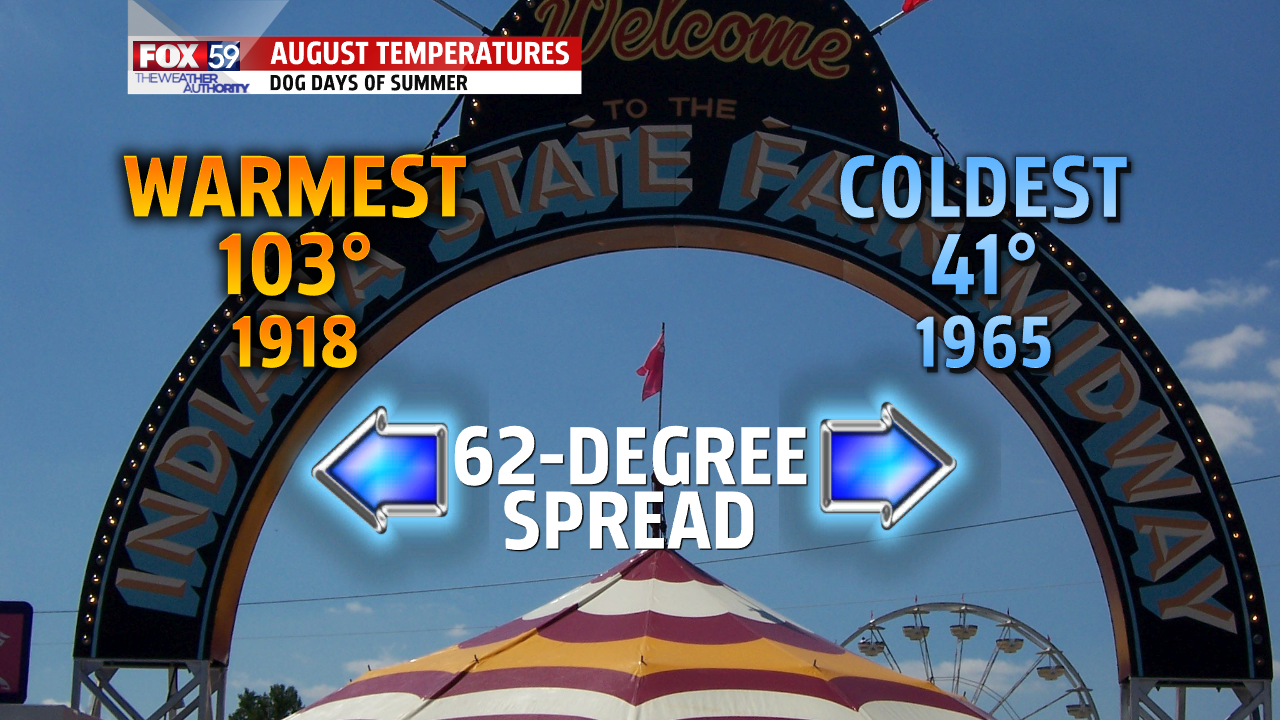 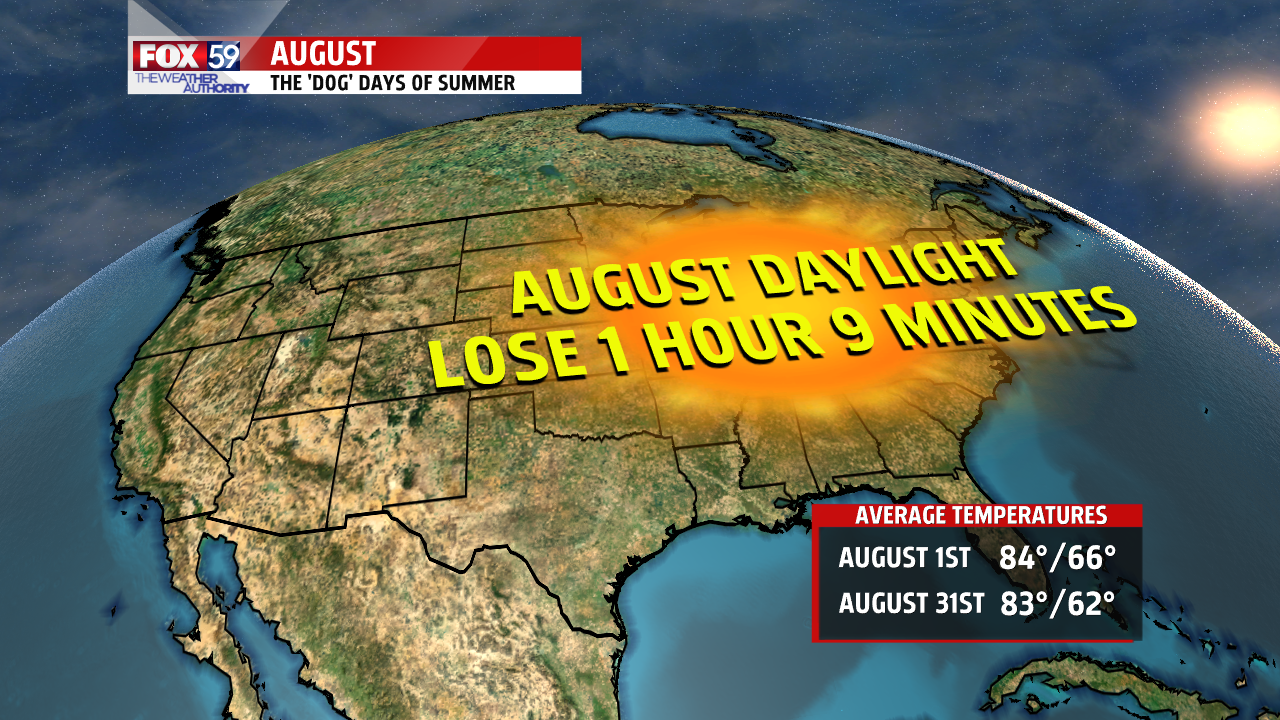 The National Weather Service’s Climate Prediction Center has updated the 30-day outlook for August which includes a touch higher probability of below normal temperatures and  precipitation here. 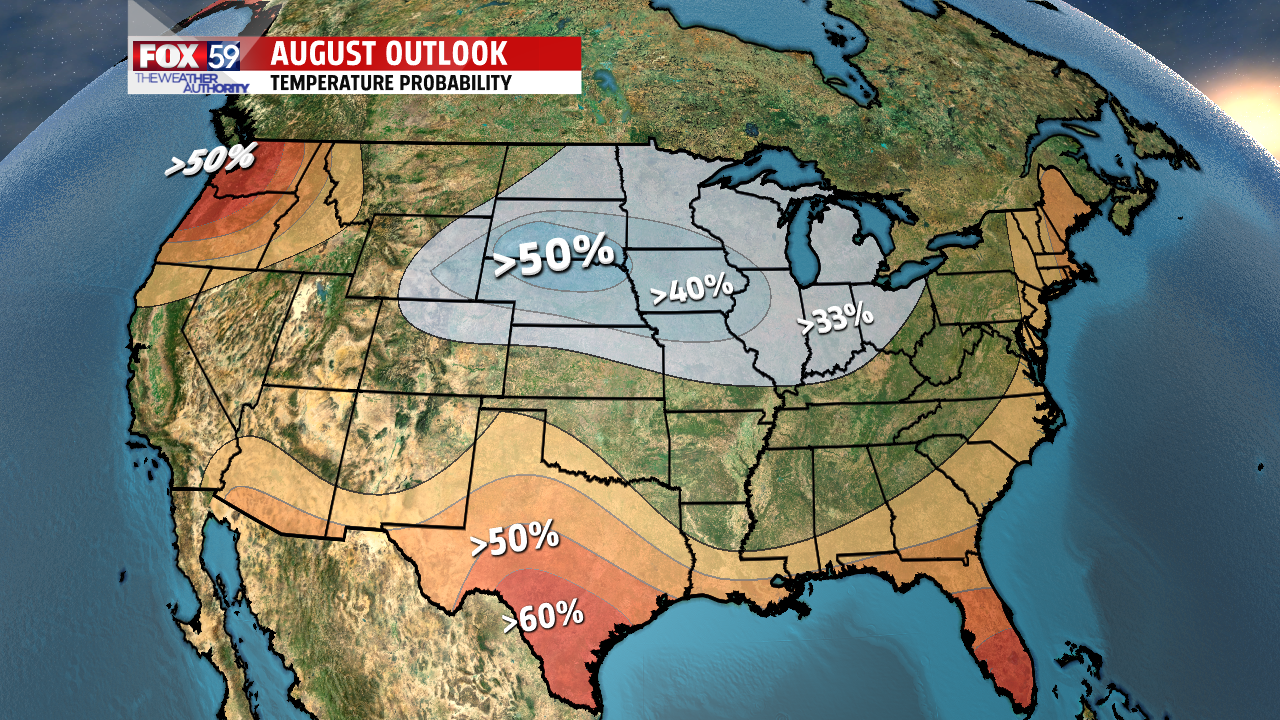 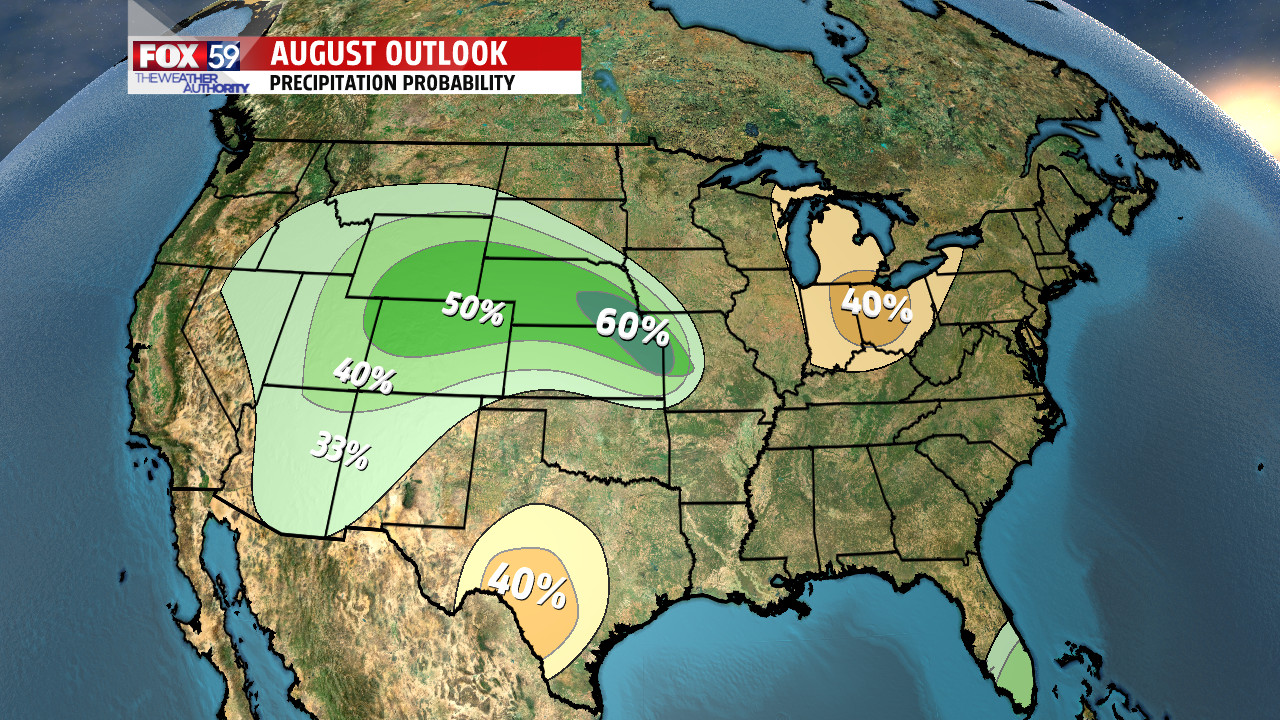 Rainfall forecast for the upcoming ten days eludes to the dryness with only one-third the normal rainfall projected.  Any rain threat is still days away, with Wednesday next week offering scattered showers and thunderstorms before a passing cold front. 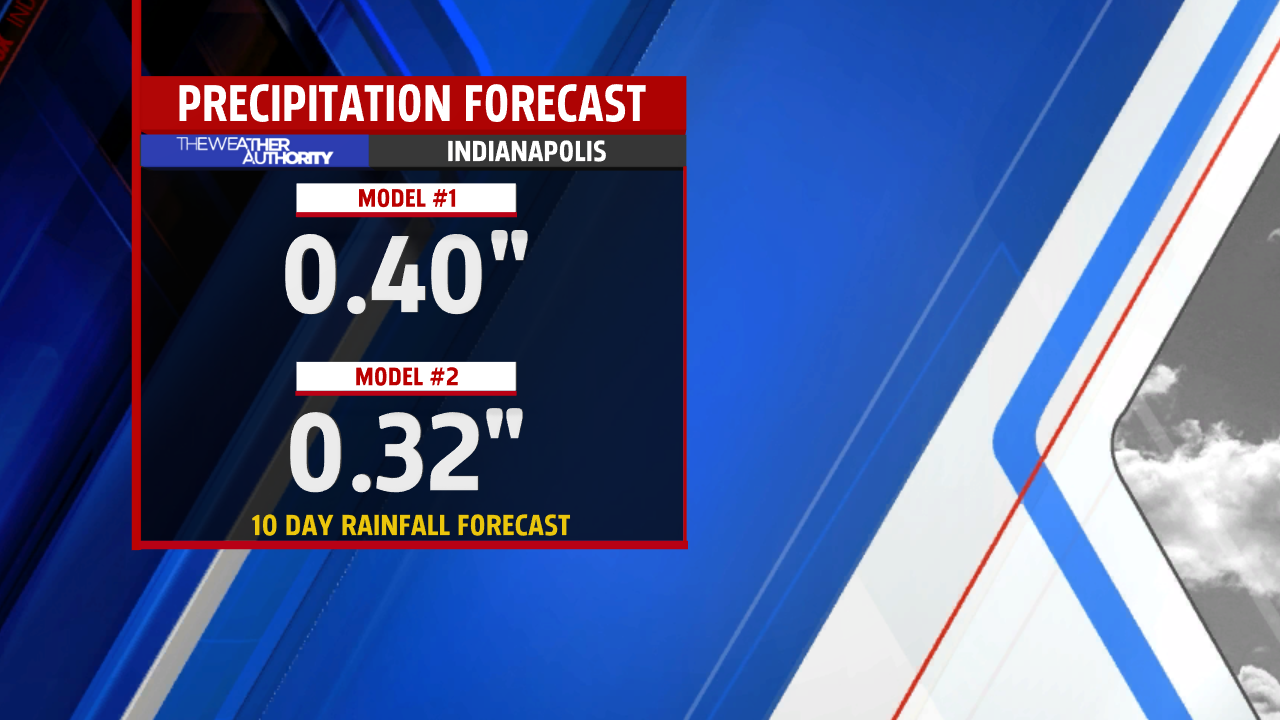 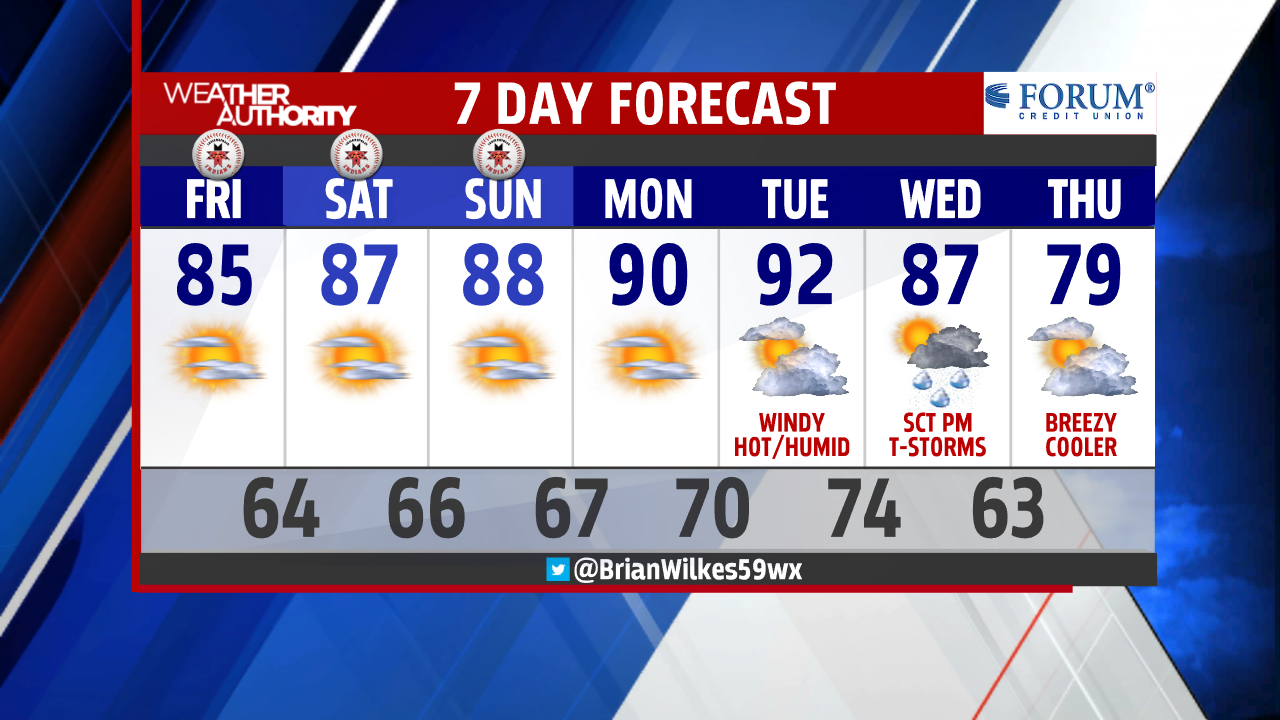 Tracking showers for the last weekend of April

Expect a cloudy start this morning with limited sunshine, while temperatures remain chilly out-the-door! Average morning lows this late in April are typically around 45°, this morning, lows are starting in the middle 30s.

Dry weather should hold for today, as the threat of showers drifts south of our area. Clouds will thin at times this afternoon as skies brighten. Temperatures will move back up to near 60°. Overall, a quiet day with winds a touch lighter from the southwest at 6-13 mph.

The chill is easing but rain chances are on the rise

Afternoon temperatures are at early to mid-March levels but up nearly 12-degrees in some locations from the same time Wednesday. Once again well shy of the normal high (66°) we have made a nice move up after some very cold morning temperatures.

How a struggling household can get federal rental assistance

How a struggling household can get federal rental assistance