0%
35°
This is an archived article and the information in the article may be outdated. Please look at the time stamp on the story to see when it was last updated.

The polar branch of the jet stream, that was absent for the first six weeks of meteorological winter takes a massive dive south and uncorks bitterly cold air.  The core of the cold, that normally resides in the arctic regions of the planet is dislodged and coming south allowing for record-level cold to sweep into the eastern half of the nation.  The Polar Vortex (a upper-level low) will settle south tonight.

Temperatures will fall sharply behind the passing front tonight.  The cold will hit like a wall and sporadic snow showers will accompany it at times this evening and through the night.

Temperatures will tumble fast on northwest winds Tuesday night and continue falling beyond sunrise Wednesday.  The current forecast of -10° in nearing the record for the date of -11°  set in 1966. 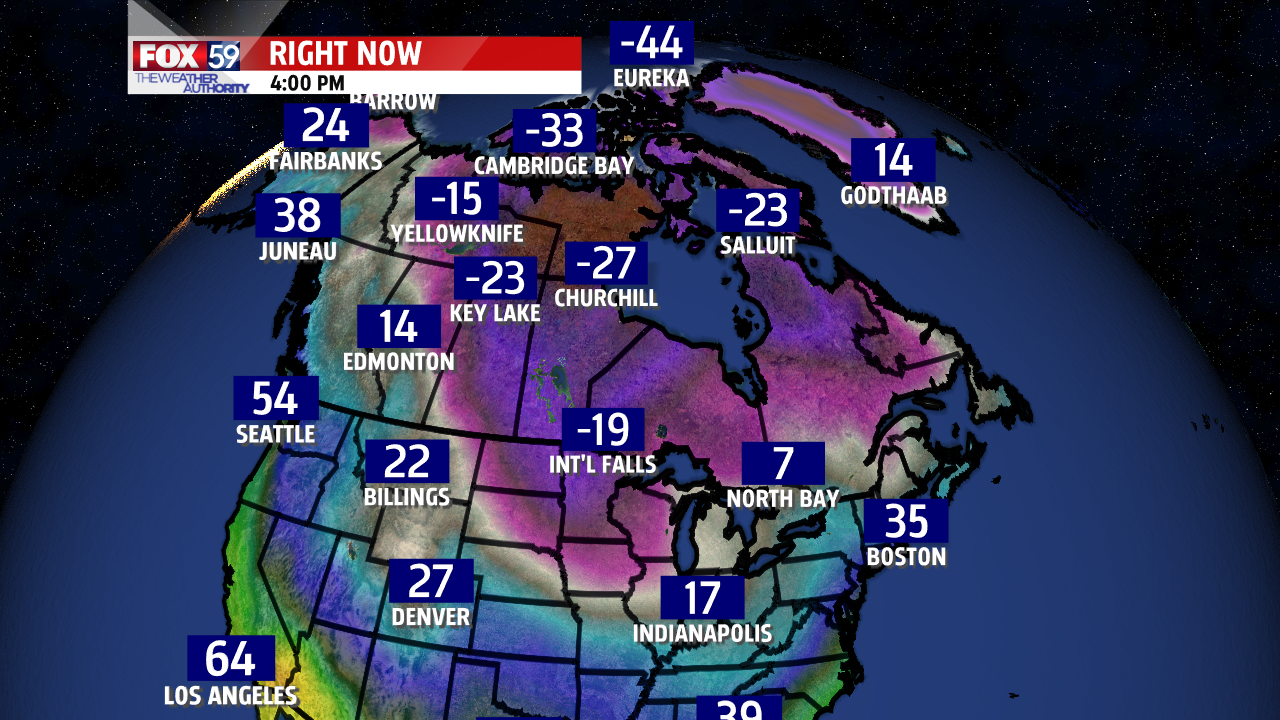 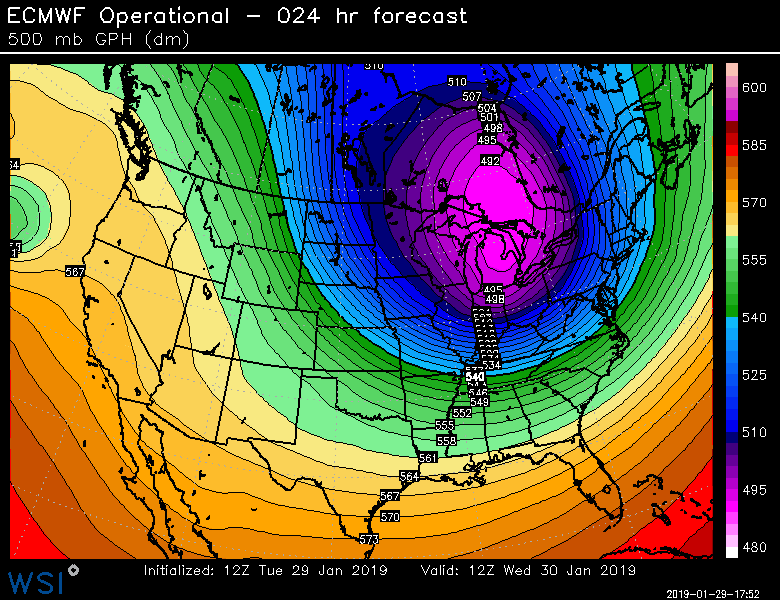 A wind chill warning officially goes into effect at 10 pm and continues through 1 pm Thursday.  The strong winds blowing along with the frigid air will produce miserable and dangerous wind chills of -25° to as much as -40° through late Wednesday morning.  Current forecasts suggest this will be the lowest wind-chill temperatures since January, 2014.   Frost bite can set in on exposed skin in just a matter of minutes and many schools have already cancelled classes for Wednesday.  For a complete list click on our link below.

The winds will persist but will ease with time. Wind-chills will be relentless through early Thursday morning but begin improving Thursday afternoon. 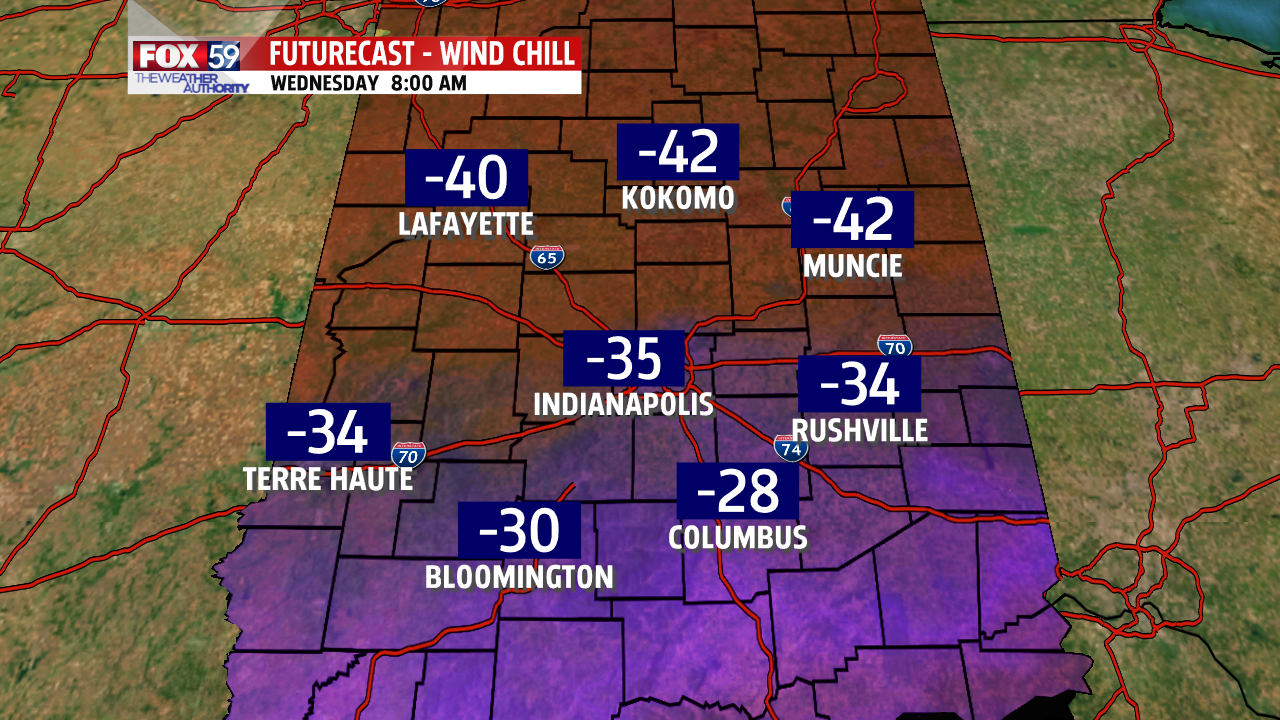 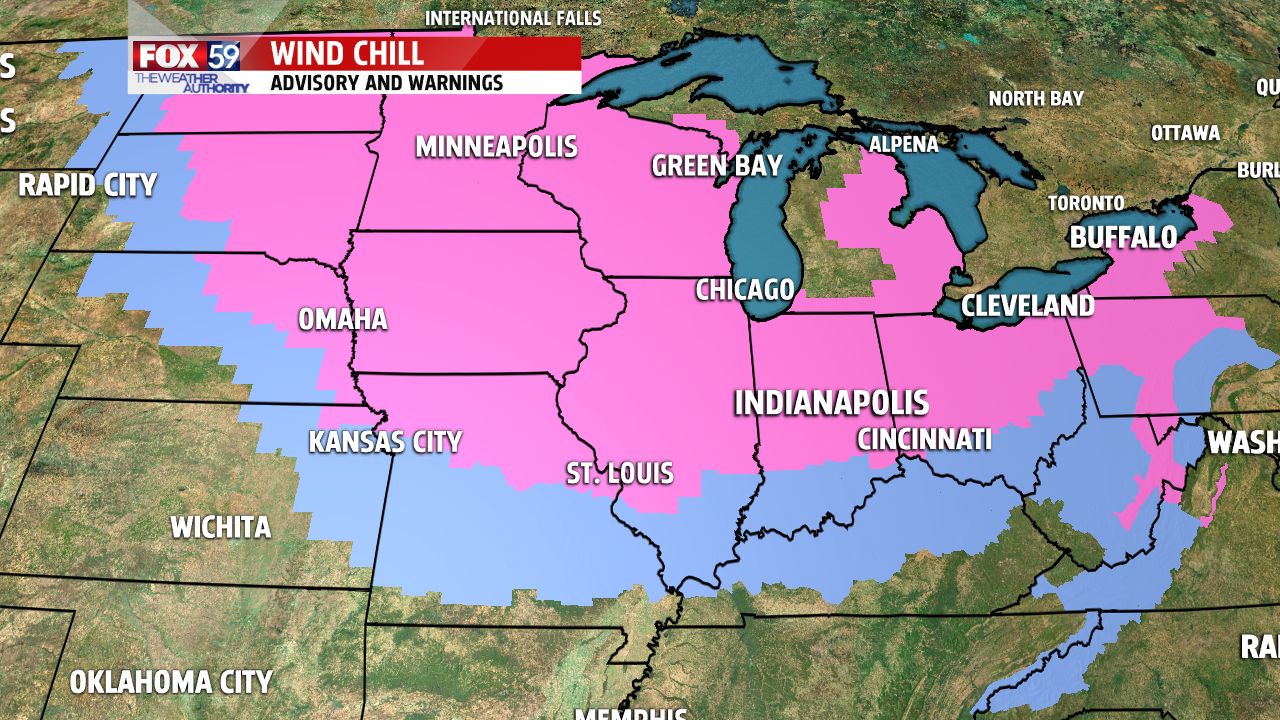 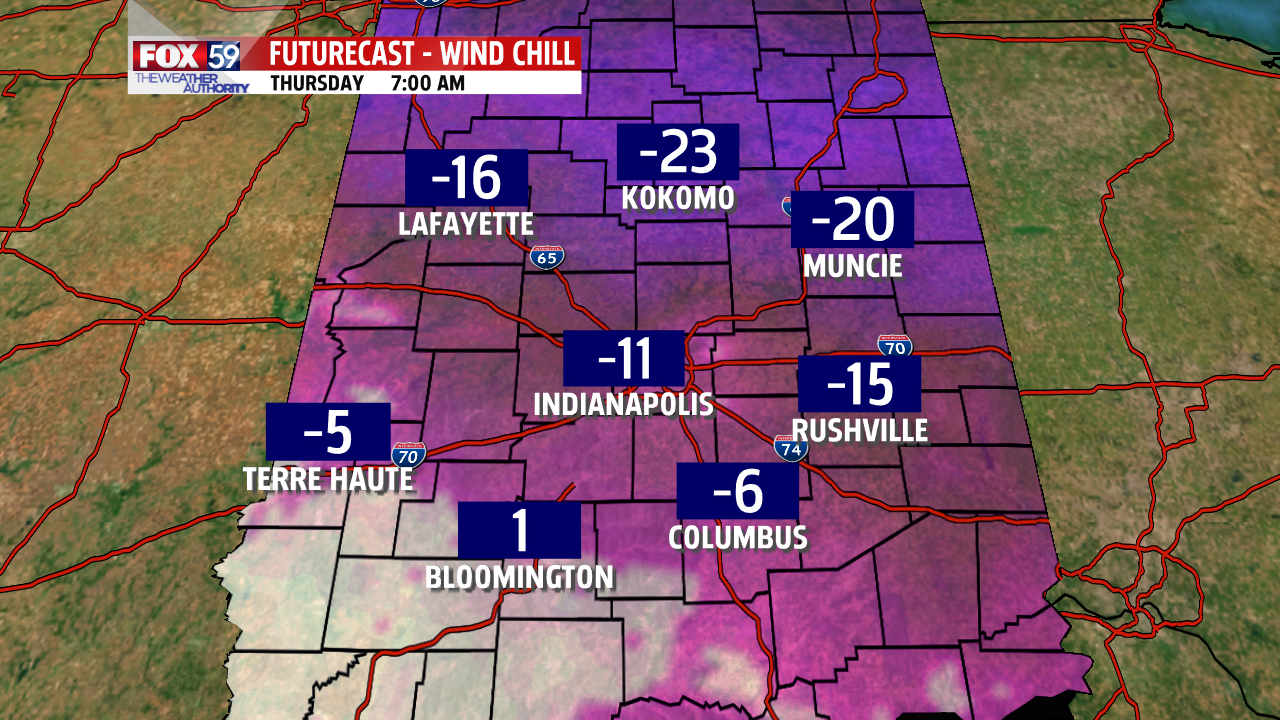 WHAT IS COLDEST HIGH TEMPERATURE IN INDIANAPOLIS?

With a forecast of 1° Wednesday, this will likely be the coldest 'high' temperature for a date in Indianapolis since January of 1996.  Scanning weather records, there have been only 23 days on record where the high failed to go above zero, most recently January 18th, 1994's -4°. 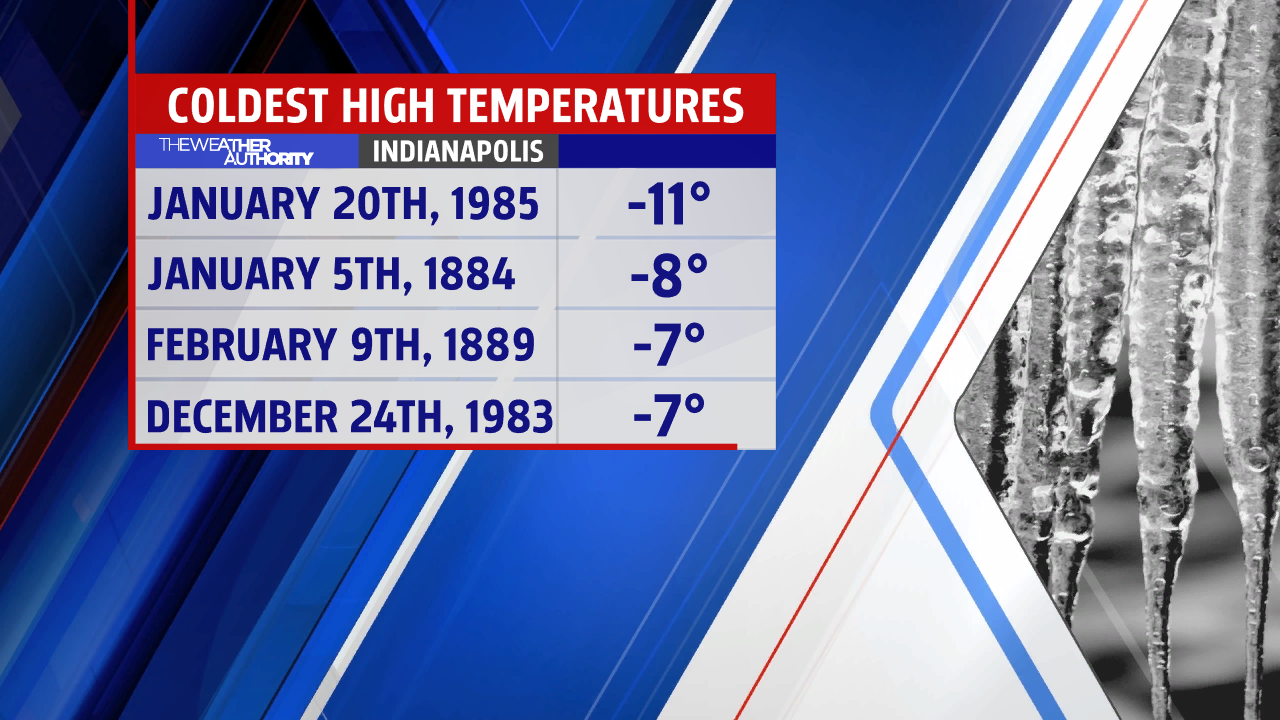 BEFORE A STRONG WARM UP SNOW FALLS

We will emerge from the deep freeze in a big way entering the weekend.  A quickly as the polar jet stream dives in, it will be in full retreat for the weekend.  A passing warm front late Thursday night will bring a period of snowfall into Friday morning.  Snow will spread across the state late Thursday with potential accumulation of 1" to 3" at this distance early Friday morning. 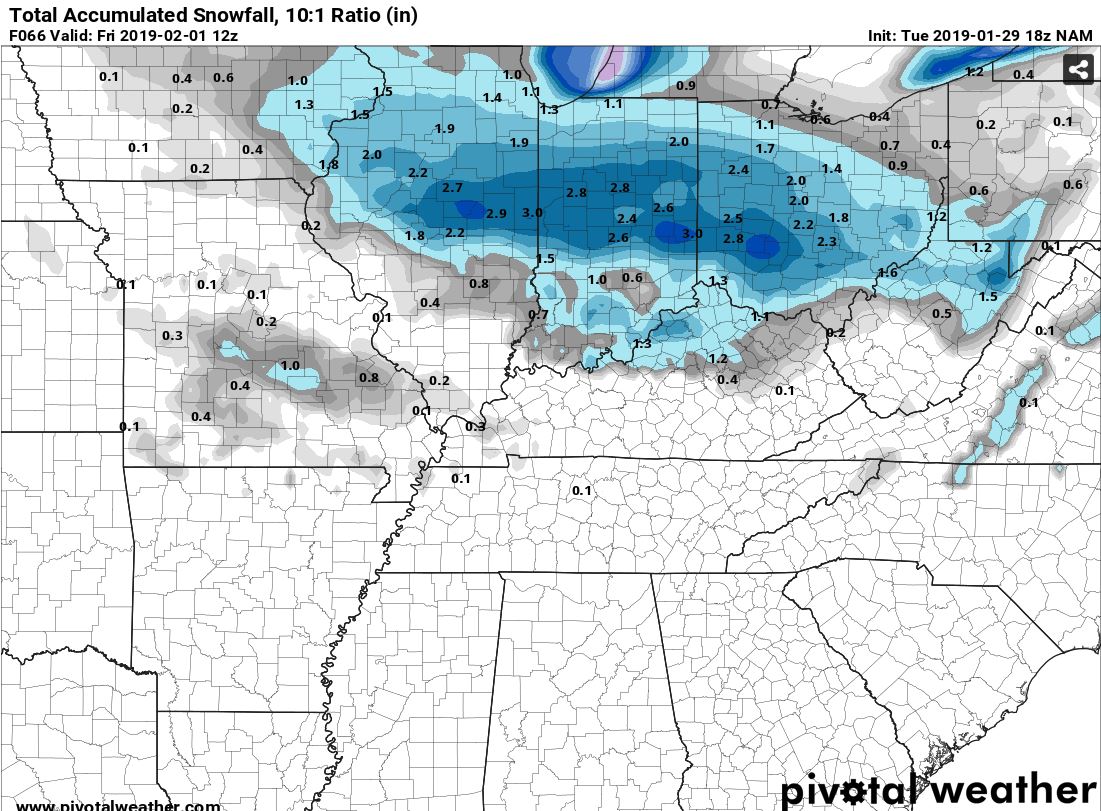 Behind the warm front, southwest winds will blow and temperatures will rise.  The retreat of the cold is impressive and the warm up is equally as impressive.  Temperatures could climb to near 60-degree late in the weekend and early next week! 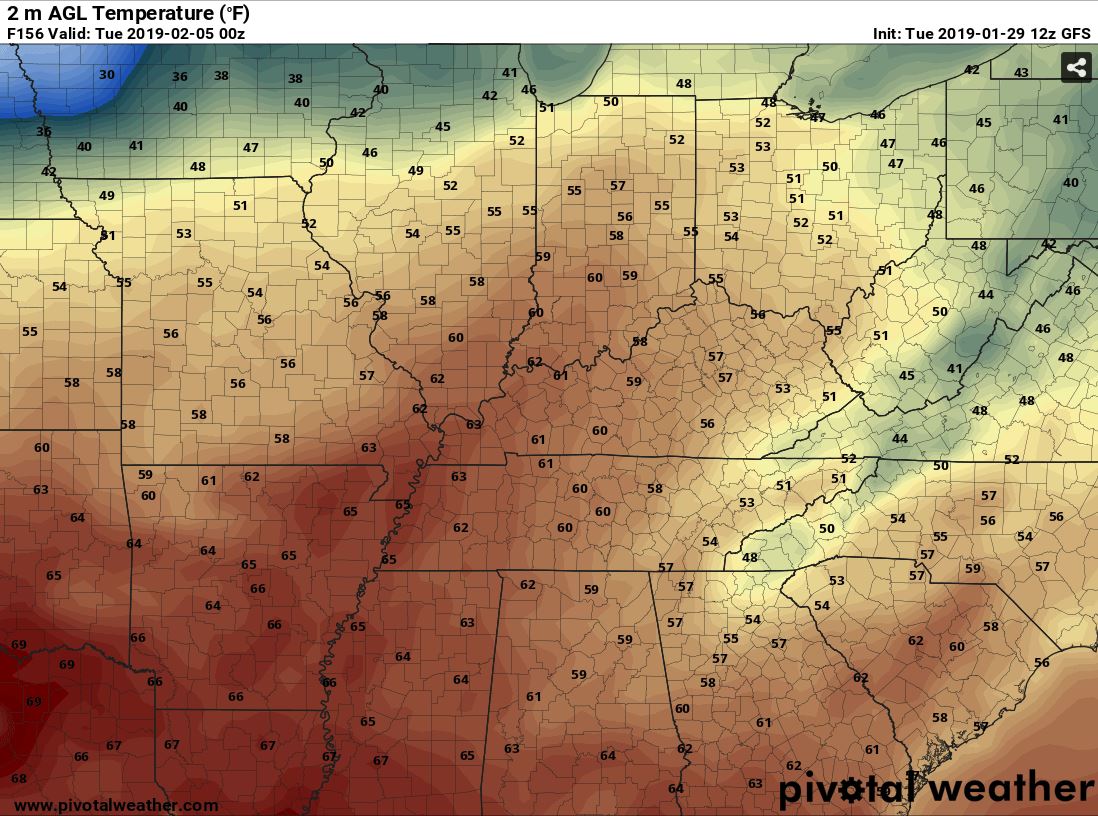 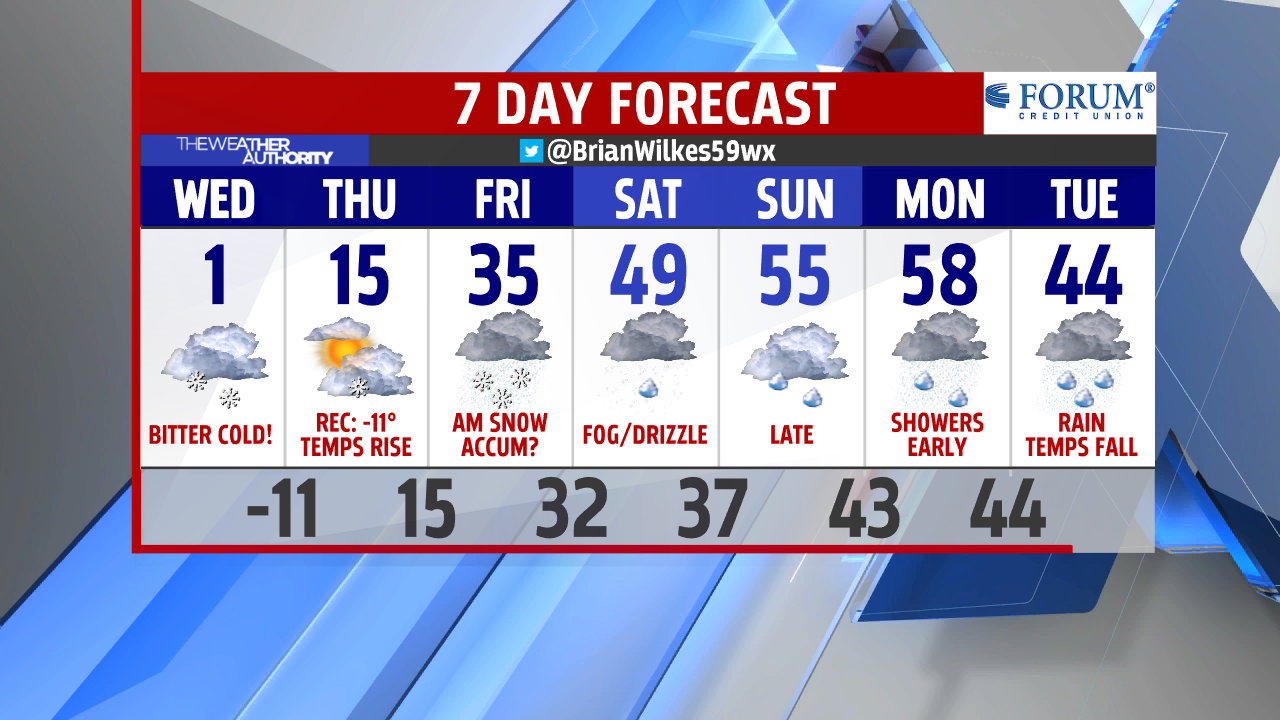 Death investigation underway on near northwest side

Death investigation underway on near northwest side