Most of us need some rain. Area lawns are turning brown as we reach the mid-way point of July. Less than one inch of rain has fallen all month. Storms have been very selective over the past two weeks. A prime example is Delaware County. They’ve been the recipients of some healthy rainfall again on Sunday but they’re the exception.

We dry out quickly this time of the year, losing nearly a quarter-inch from the soil each day. To-date we are now officially 1.55″ below normal this month.

The remnants of what was once Hurricane Barry are located in northwest Arkansas late Monday and have sent clouds along with a few showers into southwest Indiana. Just before 5 p.m. Tropical Depression Barry became post-tropical and continued to weaken as it wobbles slowly north-northeast. The circulation of Barry is quite evident on satellite displays and the increased cloud cover took a toll on area thermometers cooling them back under the heavy overcast to the upper 70s and lower 80s while neighbors to the north were still in the 90s late day. 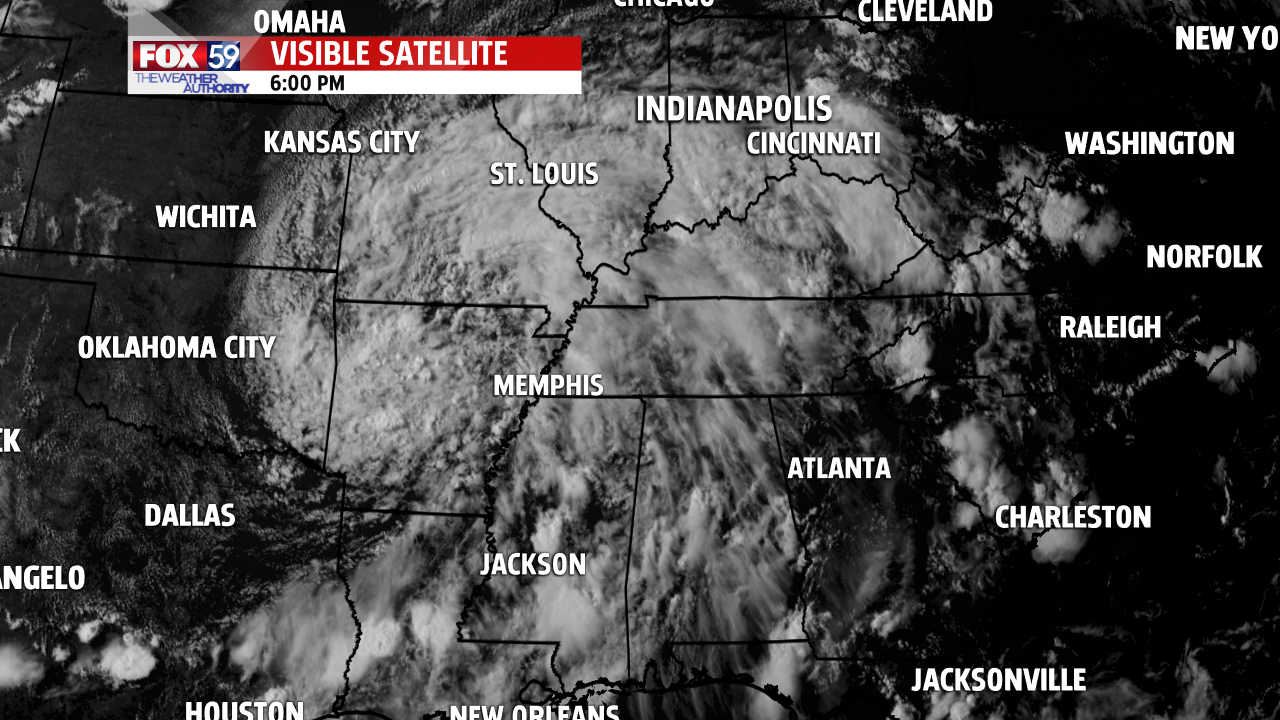 Showers will be afforded later tonight especially after midnight but real rain chances will increase during the heating of the day Tuesday.

Many of you may be disappointed in the rainfall delivered. The rain will not be evenly distributed. Some locations will be under a thunderstorm or two and could receive in excess of 1″ of rainfall but the prospects are to lower as the low departs east later Tuesday into Wednesday. 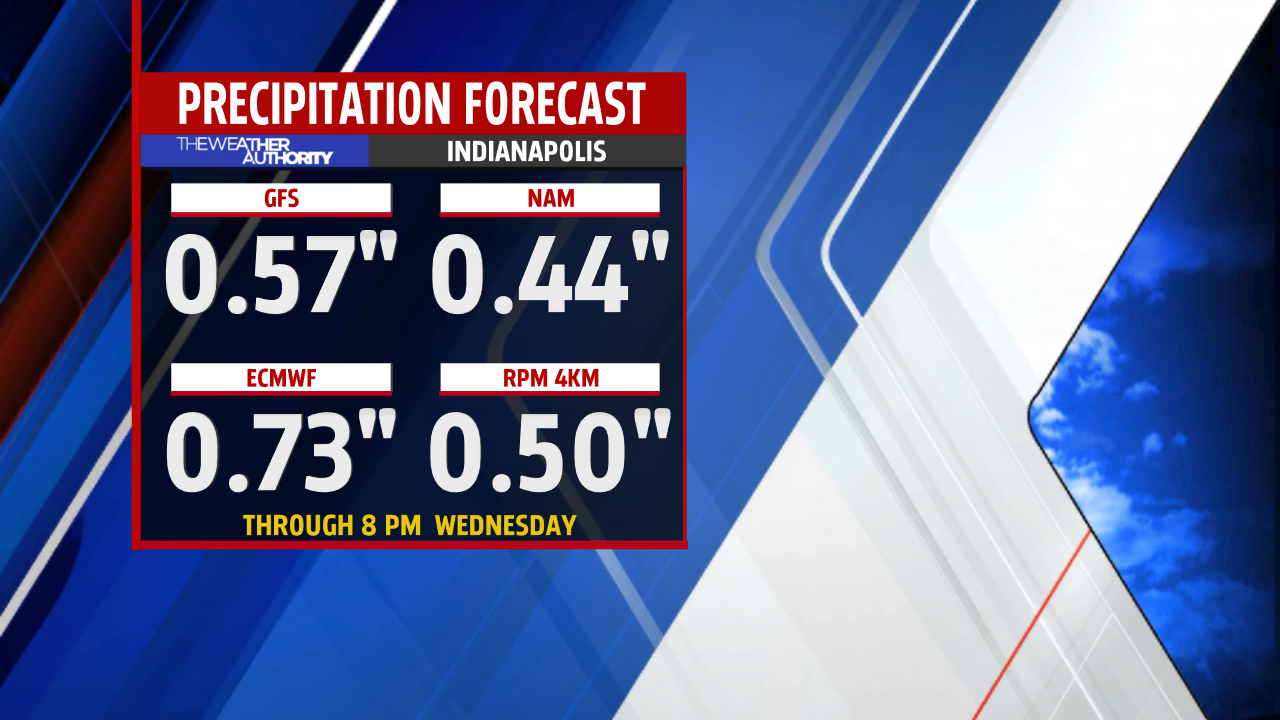 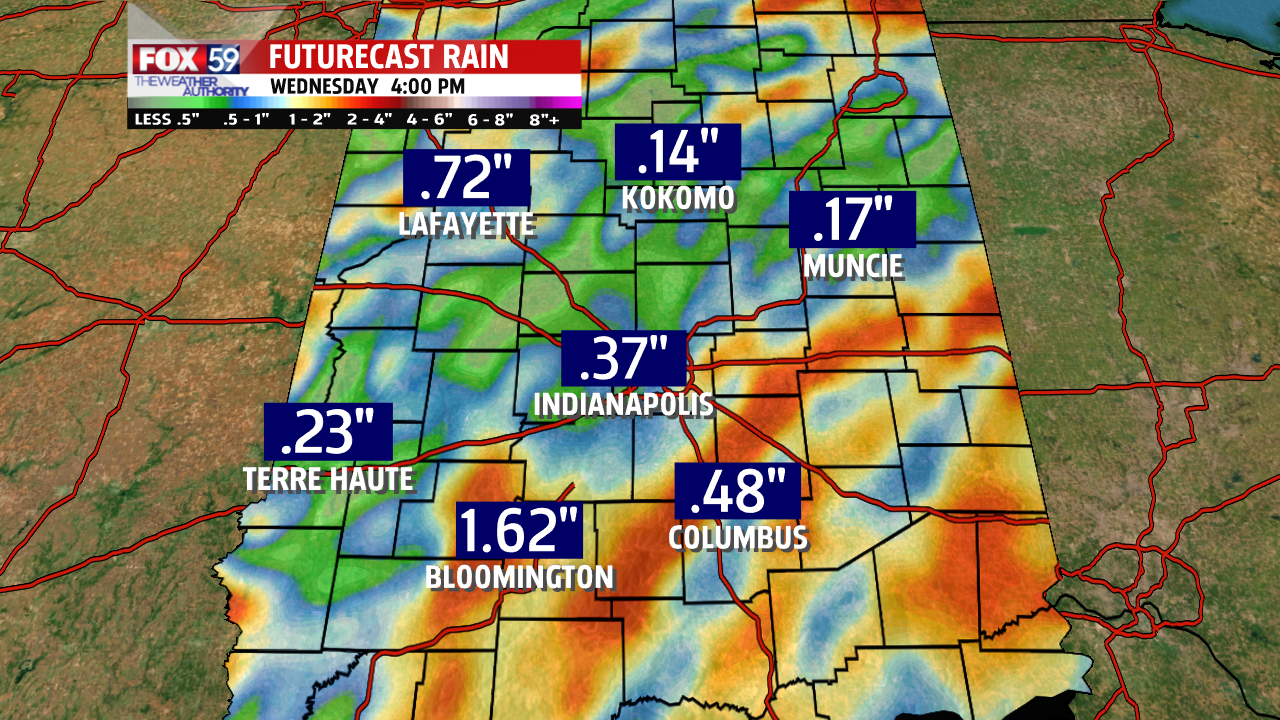 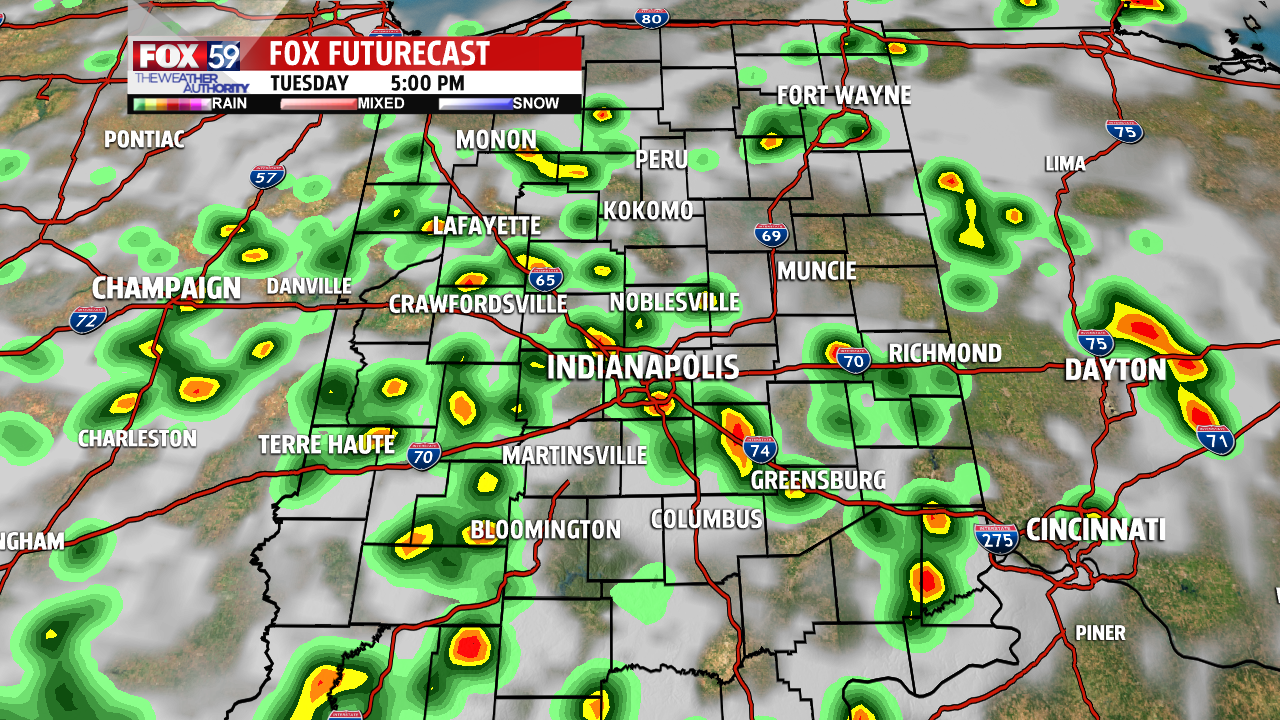 The low up wells more humidity so a few downpours will be tropical in nature, meaning very heavy rain falling in a short period of time. Add daytime heating Tuesday and a few thunderstorms will get in the mix. Once again the rainfall will be selective.

Off machines generated rainfall totals are around a half-inch on average. Amounts will be much higher in and around t-storms. Once again I’m afraid it will be quite selective but Tuesday does offer the best “chance” of rain over the next seven days. Rainfall coverage could peak Tuesday at 60% then drops off quickly as the low departs east. What is to follow is extreme levels of heat and humidity, the hottest since 2013. More on that on Tuesdays update. 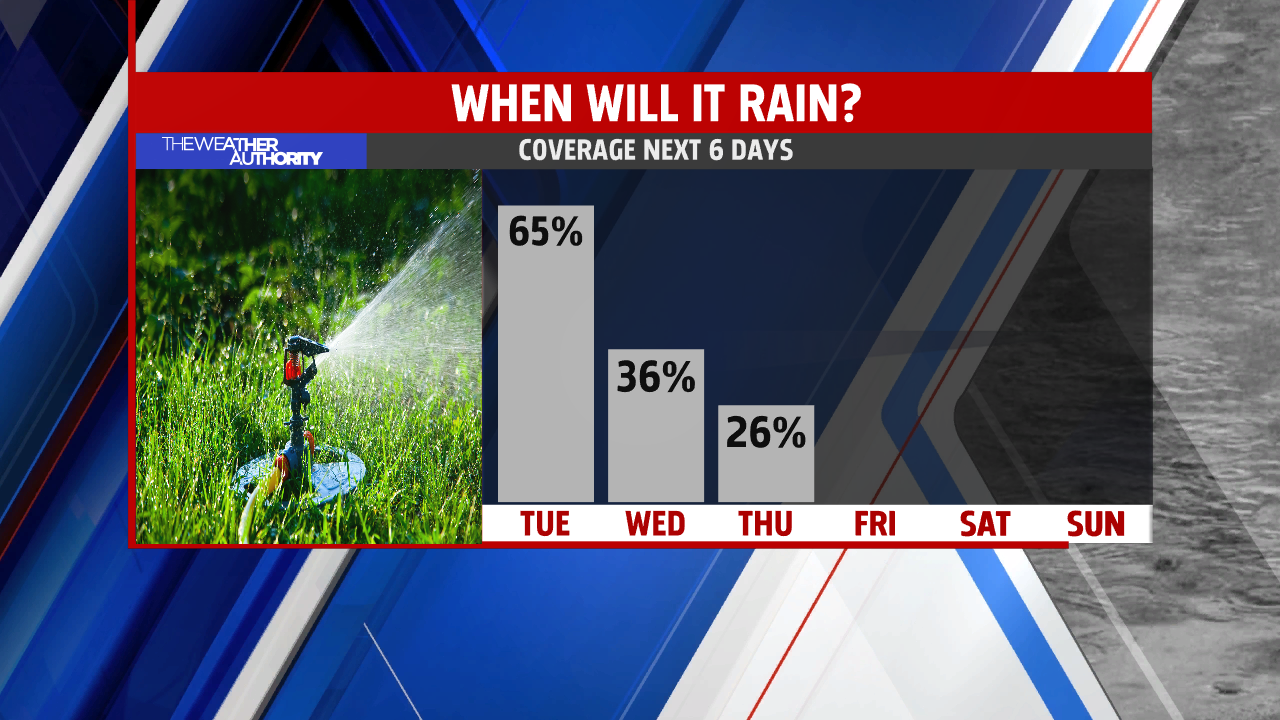 After losing major events, AirBNB hosts working to simply get by during pandemic

Muncie applies for $24M in federal funding for infrastructure projects

After losing major events, AirBNB hosts working to simply get by during pandemic

Muncie applies for $24M in federal funding for infrastructure projects