It is an improvement, but still well below normal as we enter the end of the work week.  The bitter cold air is behind us as the polar branch of the jet stream retreats but the chill will linger.

Indianapolis reached 40-degrees Thursday, and for the first time since late Monday climbed above freezing.  No bargain at 13-degrees below normal but a small victory nonetheless. 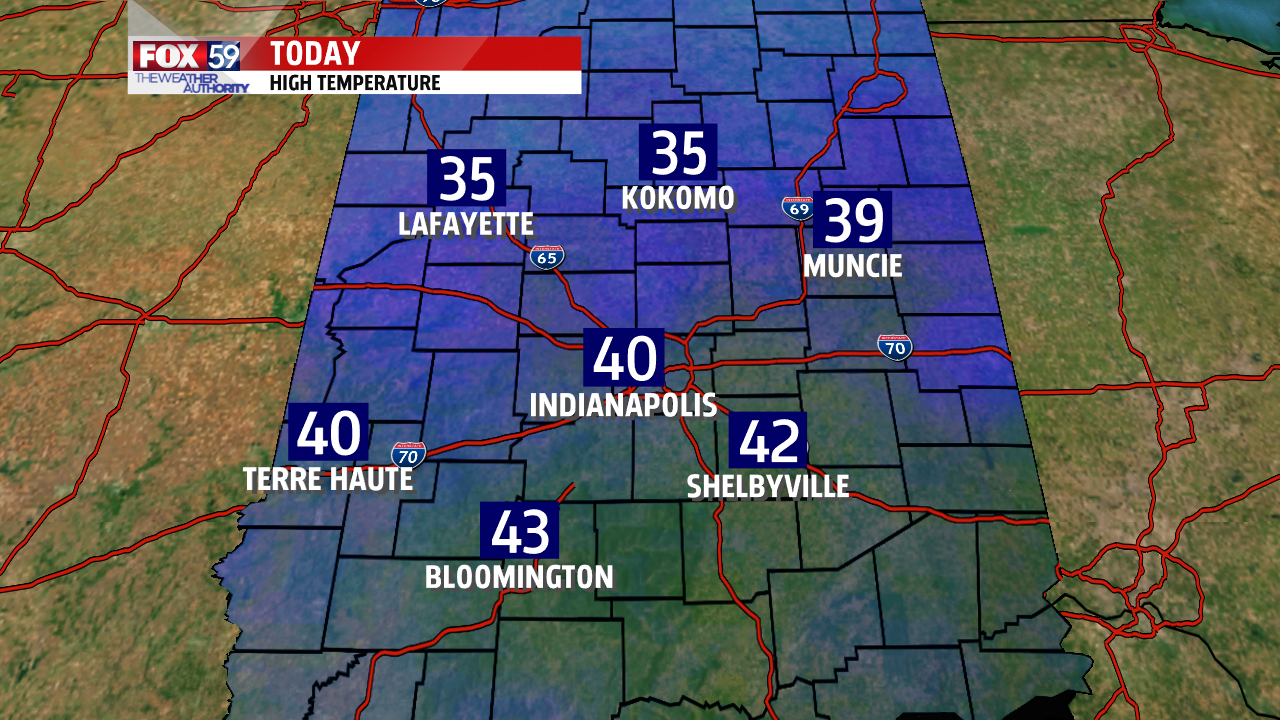 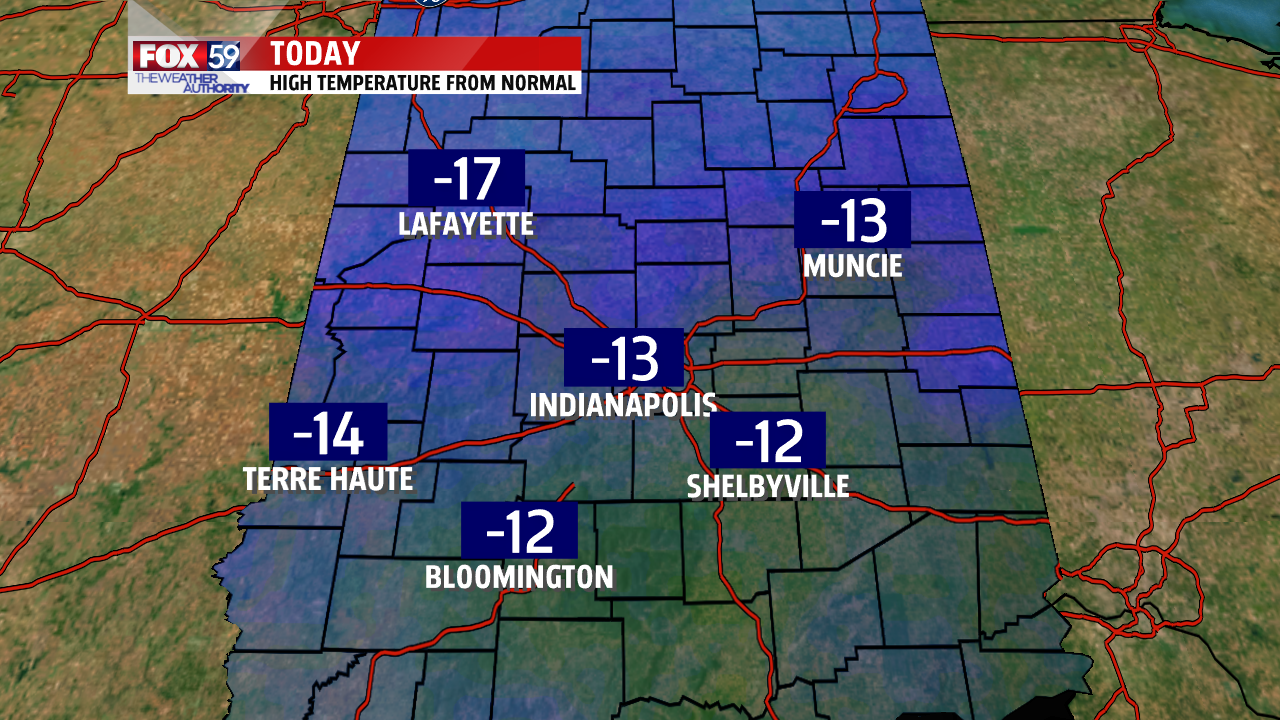 If you think this is unusually cold you are correct.  Of course we shattered daily records early in the week but the persistent chill this month has very rare.  All but two days below normal this month which isn’t terribly rare but the extreme cold is and it is leaving a mark in the record books.  To date, this is the coldest November since 1991 and ranks 3rd coldest all-time.  Only 1991 and 1976 have averaged colder. 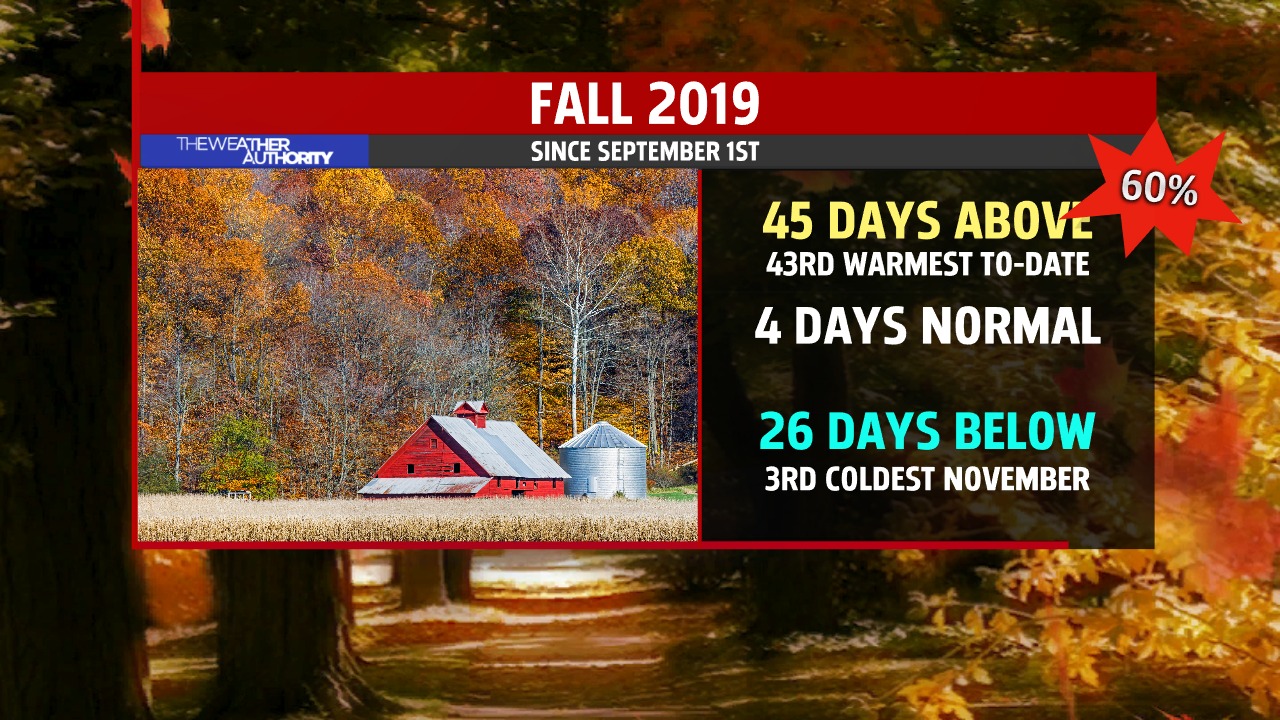 The chill will linger for several more days as the dominate flow in the jet stream is from the northwest.  The ‘northwest’ flow jet will not permit any strong warm ups and will keep a streak of below normal temperatures alive into next week.  With an average high in the lower 50s, the temperatures will not likely crack the 50-degree mark until next week. 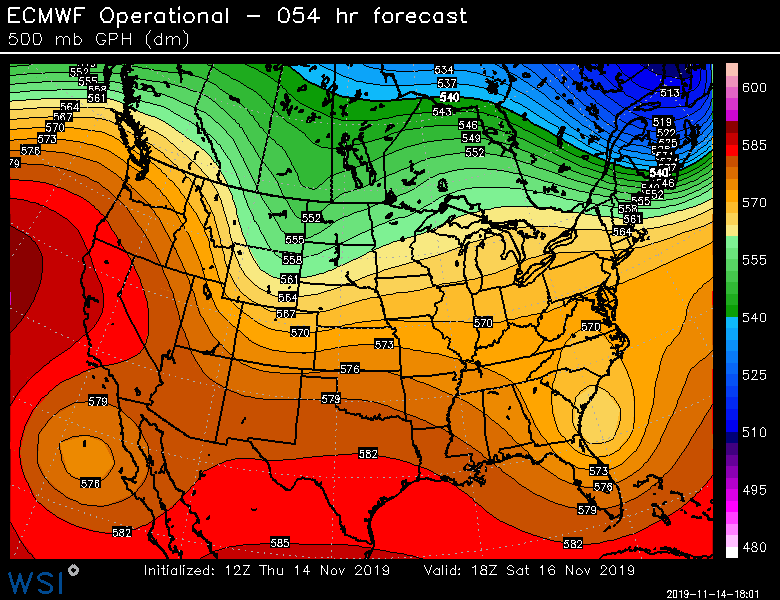 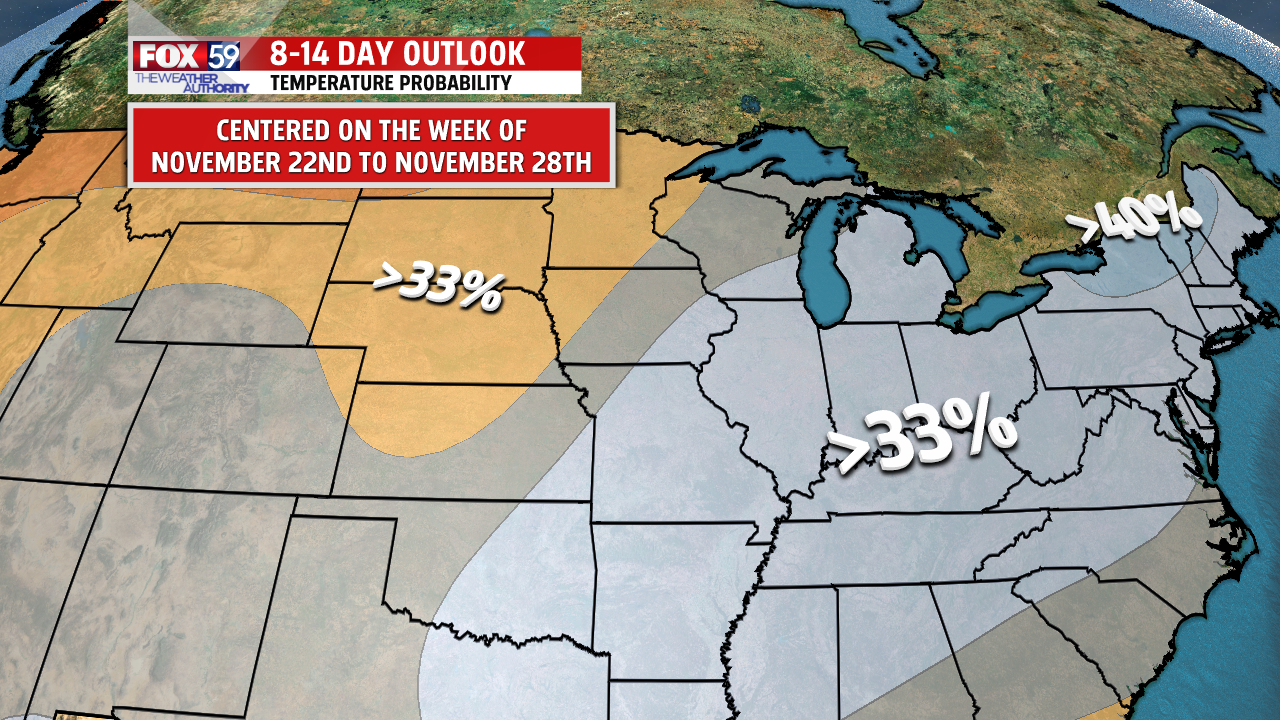 Precipitation will be lacking for the next several days but clouds will have a role in the forecast.  Skies are to brighten Saturday but turn cloudy again on Sunday as a weak front may generate a few sprinkles or a flurry Monday.  At this time, no major storms are on the horizon.

The best threat for rain is later next week.  A warm up will accompany a chance of showers by Thursday afternoon. 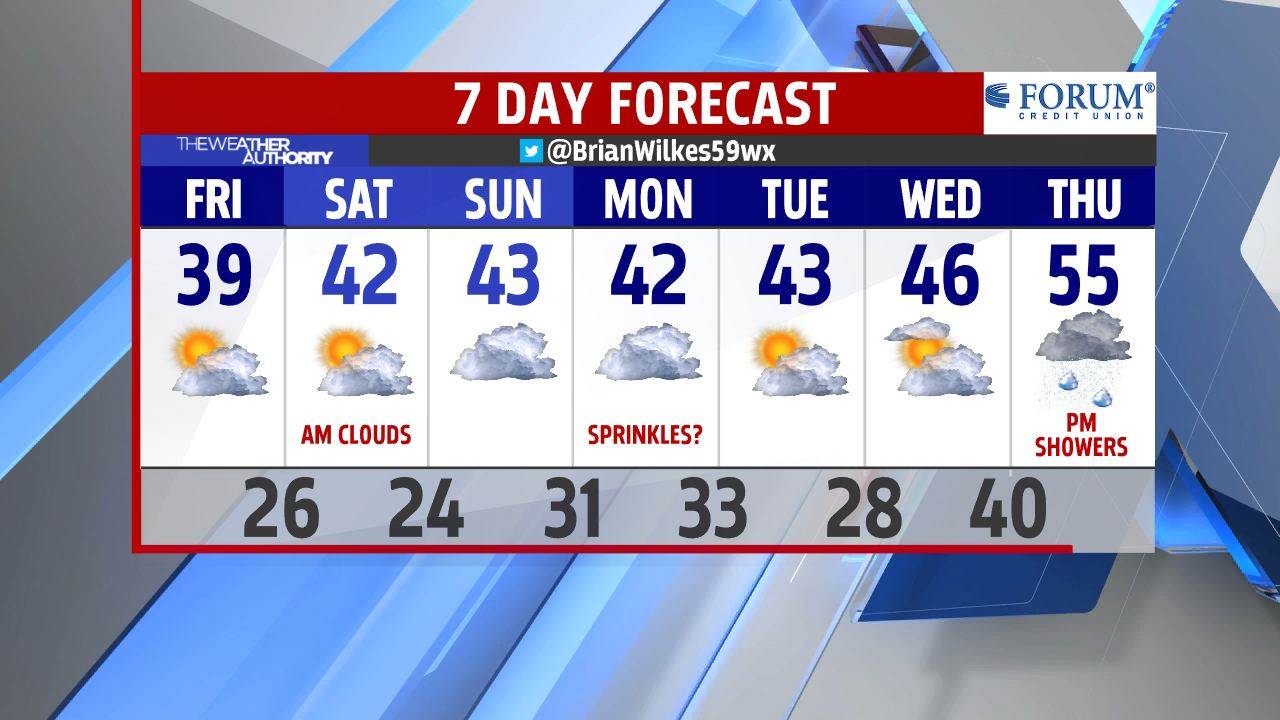 Was that the most convenient snow ever? On-again-off-again snowfall through the weekend amounted to nearly 3" officially in Indianapolis, more than half the seasonal total, and you probably never had to shovel.

The upper-low is moving on late Monday, and the snow that came along with it is departing. Sunshine started to break through late day, a real rarity this month. Sunshine has been on hiatus this January, as we drag on as the cloudiest January here since 2005. To date, we've only had 12% possible sunshine -- 40% is normal. What a dreary month.

Flurries are possible today; system to impact southern half of state tonight

Light snow showers traveled over the state last night and left a coating on sidewalks and streets. Watch for slick spots on untreated surfaces this morning!

You will want to give yourself a few extra minutes to warm up cars and dust off the light snow that may have accumulated on vehicles overnight. Temperatures this morning have dipped down into the mid-20s with wind chills in the teens at times.

A chilly start to the week

This weekend brought another snowy day to central Indiana. Although, overall accumulations were very light and most of the snowfall melted on contacted. Only trace of snowfall was recorded in Indianapolis. Naturally, that doesn't make any kind of dent in the snow "deficit" for this time in the season. On average, we should have seen 11.5" of snowfall between December 1st and now.

These snow showers exit Sunday evening but areas of flurries will linger into Monday. Temperatures will drop into the mid and upper 20s tonight and wind chill temperatures will fall into the teens. While there isn't a lot of snowfall on the ground, there is still plenty of moisture. Be cautious of slick spots on the roads tonight and Monday morning.