After the early morning clouds, the skies cleared for a beautiful open to the work week in central Indiana. Clouds and rainfall haven’t been terribly frequent so far this young October, and if you are a fan of sunny days, you are in luck. A sprawling area of high pressure will deliver cool nights and sunny, warmer afternoons.

October annually is the fourth sunniest month of the year, with 61% of possible sunshine, and this year has produced 51%. It is a little off track, but that will change over the next several days. 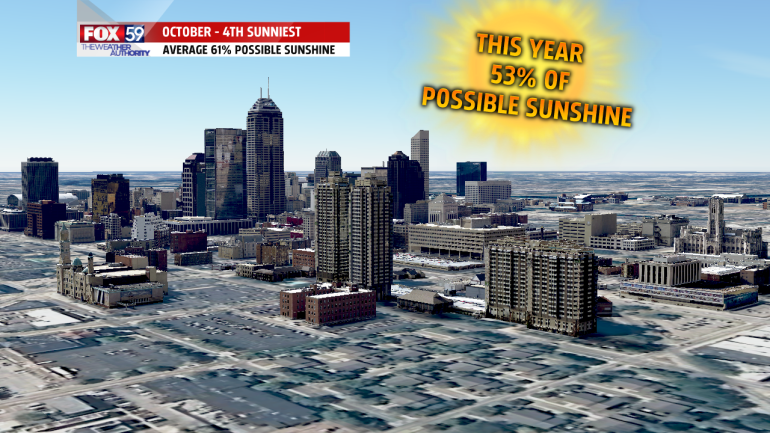 Cooler and much drier air flows behind a passing cold front, and under clear skies, we are headed to only the second night all season below 50-degrees in Indianapolis. The forecast low of 46° is actually a more seasonal low. Outlying areas that early Saturday morning dipped into the lower 40s will likely reach low 40s again early Tuesday. 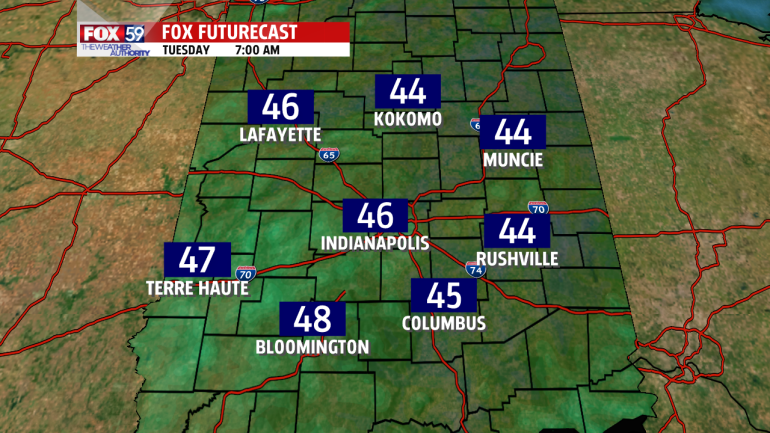 Autumn 2019 is on a breakneck pace, with now 84% of the days above average. The current stretch of 29 consecutive days above normal will keep rolling along as several more days this week will be above to well above normal. Late week, temperature highs will reach the 80-degree mark. The current average temperature ranks this autumn as the WARMEST on record to-date. That status will hold entering the upcoming weekend. 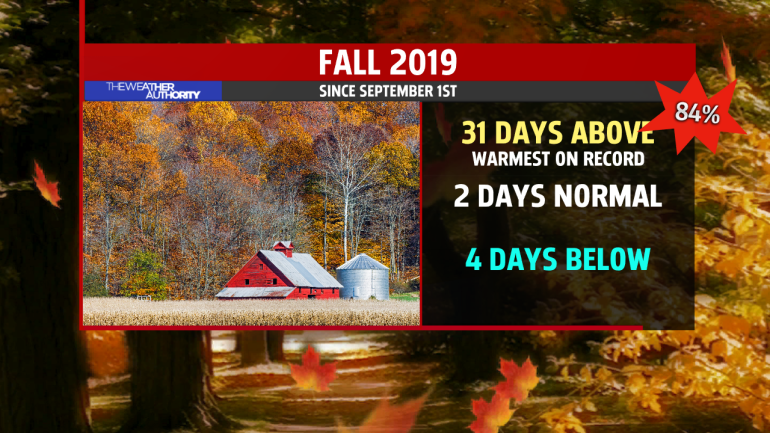 Looking longer range, there is a strong likelihood that temperatures will take a dive, and the streak could be in jeopardy late weekend and early next week. Off overnight computer forecasts, a rather profound buckle in the jet stream should send cooler than average temperatures our way. The chill forecast could produce the first night in the 30s for many outlying areas early Tuesday morning — stay tuned! 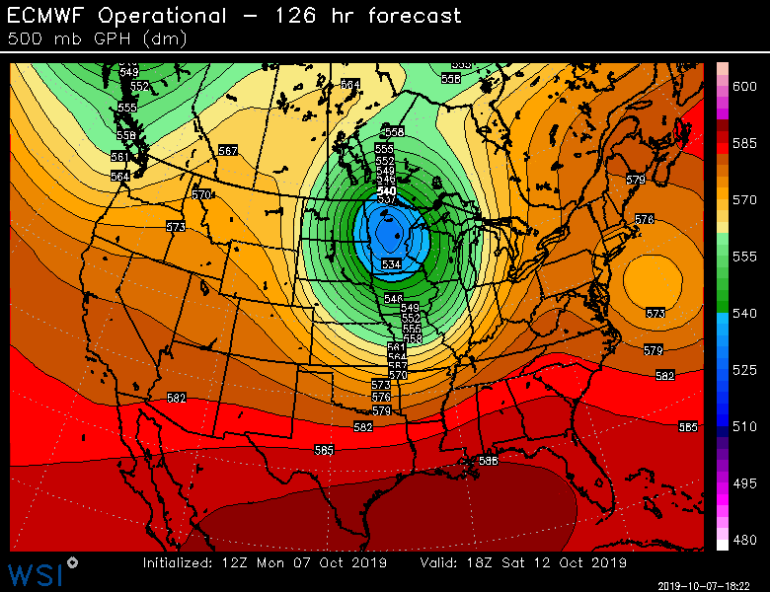 Weekend rainfall was welcome but not enough to put a dent into a growing deficit. Along with the warmest fall on record to date, it is also the third driest entering the work week. We’ve only had 18% of the normal rainfall, totaling .69″, a full 3″ below normal. There is little to no rain expected until we reach late week when a stronger cold front will race into the state. Current thinking is that warm winds will blow before showers and t-storms approach late Friday. Rainfall could reach nearly 80% of the area late Friday into Saturday morning. Throw in a chance of a thunderstorm, some decent rainfall could fall. We will monitor trends. 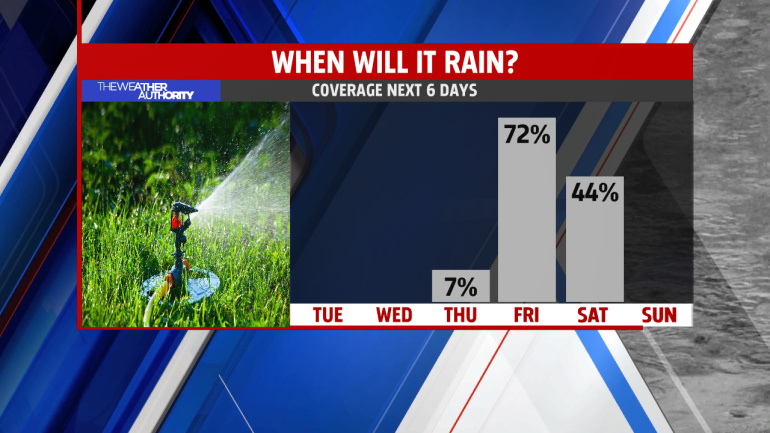 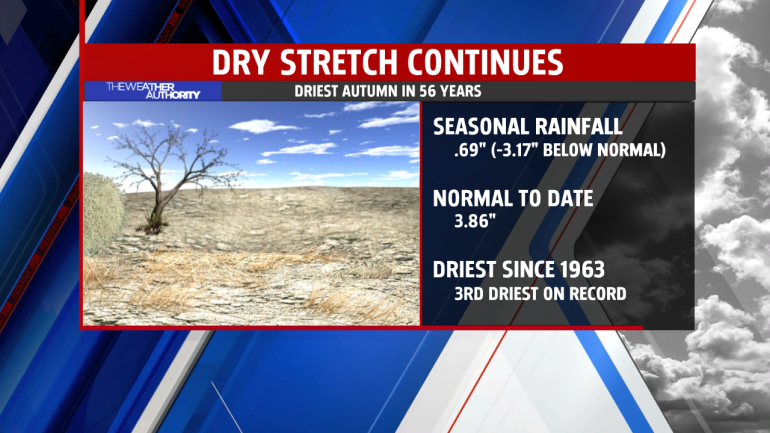 INDIANAPOLIS — Burglars broke into a west side fireworks shop walking away with thousands of dollars in merchandise.

It happened at Don’s Fireworks near Girl School Road. The crooks pried open their backdoor and hauled out more than $15,000 in fireworks. The shop says they also swiped their locked money box which had a gun in it. To make matters worse, there is a fireworks shortage in the United States, so the store was already low on product compared to years past.

INDIANAPOLIS — At least 357 people have been shot yet survived in Indianapolis so far this year. Riley trauma surgeons report a spike in the number of children they are treating for gunshot wounds, and they’re concerned.

“Obviously the ages of these victims are concerning, there’s way too many kids that are involved with it,” Chief Randal Taylor said.

DANVILLE, Ind. -- A Silver Alert has been declared for a 14-year-old girl missing from Danville, Indiana.

Can ET see us? Study finds many stars with prime Earth view

Indianapolis Fire Department letting children be a firefighter for a day

Supreme Court limits when police can enter home without warrant

Where to watch Fourth of July fireworks in central Indiana: dates, times and locations