COOL OFF FOR ELECTION DAY

The work week opened with milder temperatures but clouds and a few raindrops signaled that a chance will get underway overnight.  A cold front will be passing overnight nudging clouds and rain south before sunrise.  Cooler air settles in for a election day temperature that will be the coolest for a Mayoral election since 2007's 44°.  Three of the past four Mayoral election days have surpassed 70-degrees. 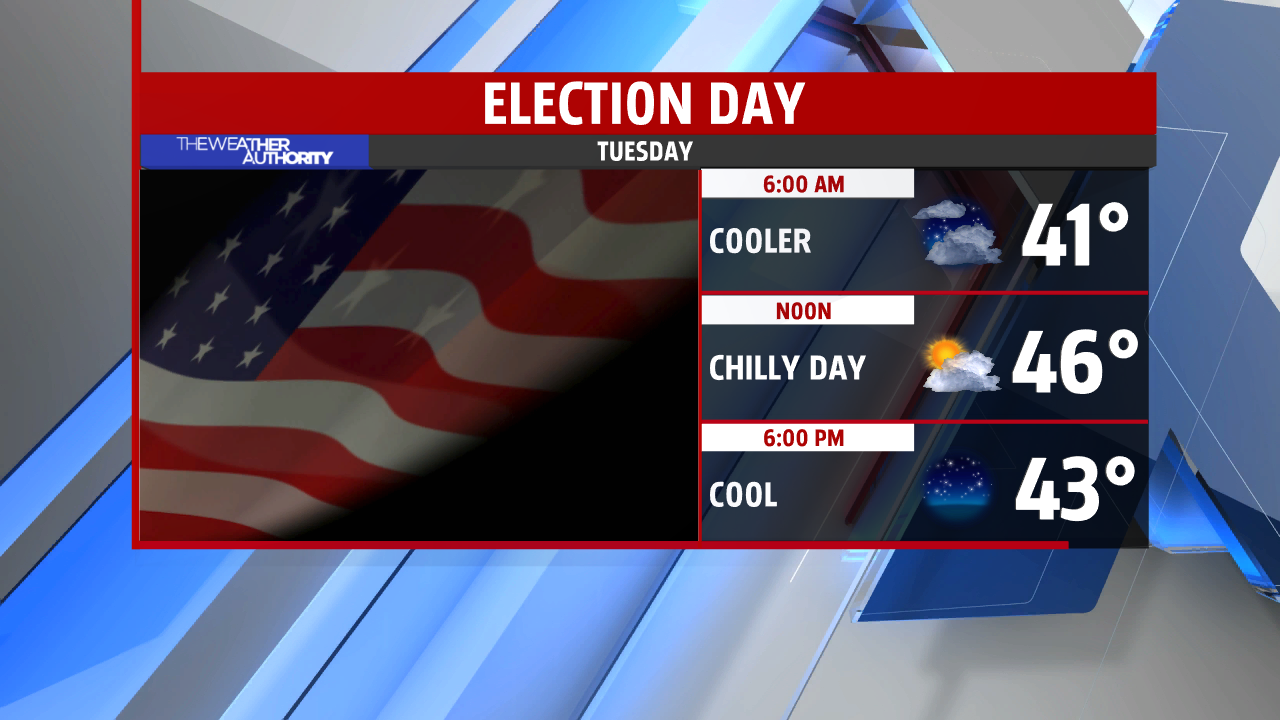 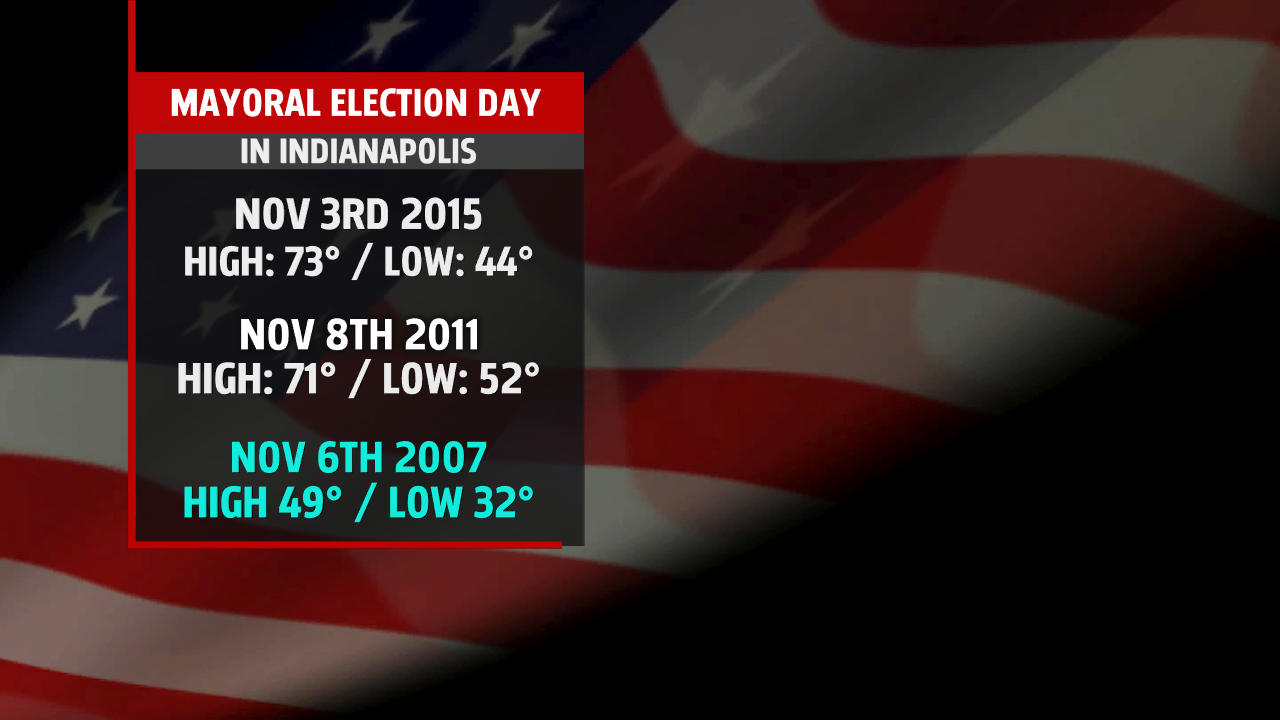 A shallow layer of colder air will settle in come early Thursday morning while moisture is transported east along a pair of jet streams.  As the more buoyant, moisture rides east the colder, more dense air will be overrun by the moisture creating a potential for a wintry cocktail of rain, sleet, freezing rain and snow potentially Thursday afternoon and evening.  We are watching the critical data and will have more info when it comes available. 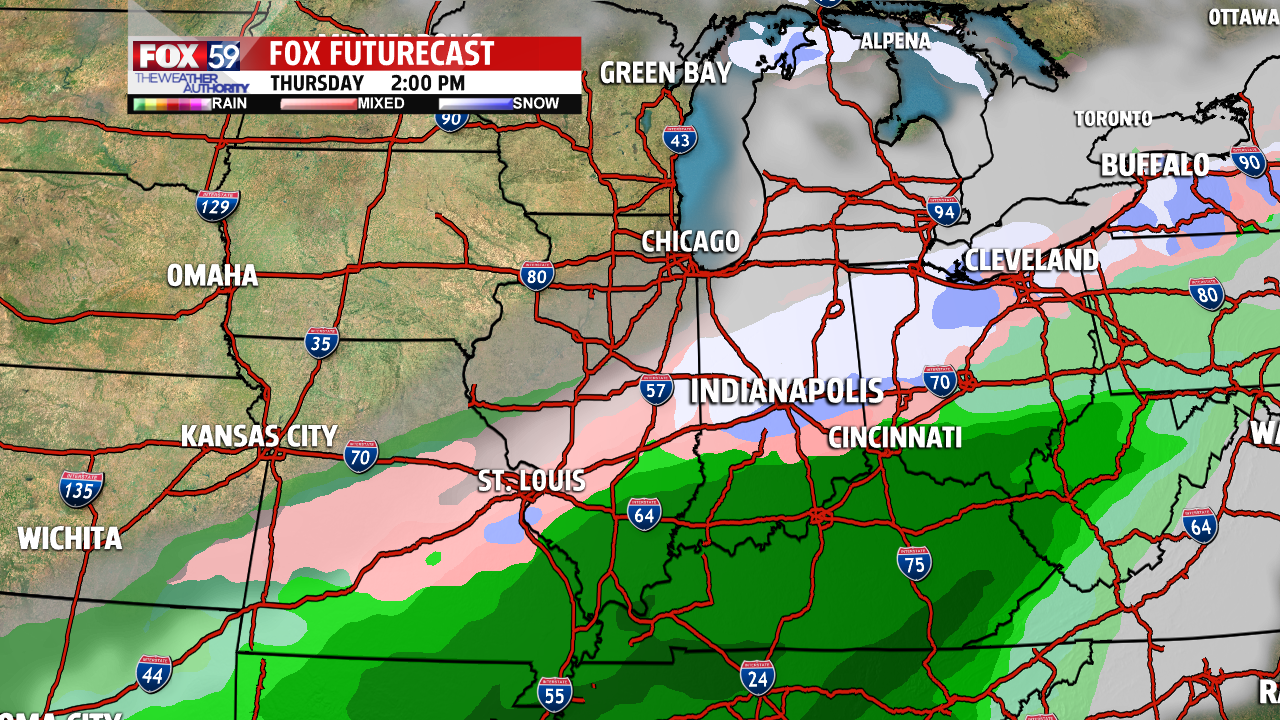 Colder air is in the forecast as the jet stream pattern takes on a much colder flow.  The warm autumn we had been having is about to take a real series of cold blows, sending the average temperature for the season down.  At one point late in October it was among the top three autumns on record. 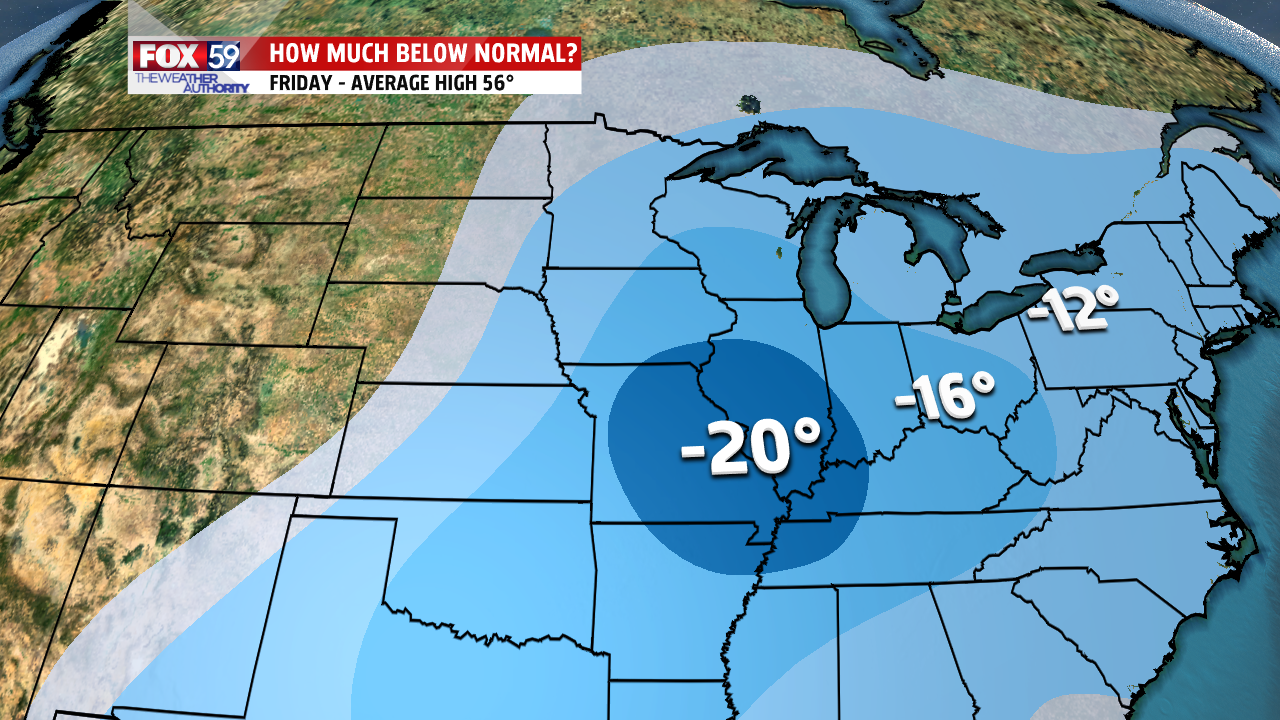 The jet stream is changing and much colder air is on the move.  Thursday could be slick with a wintry mix expected but we will end the work with temperatures well below average.  The high Friday may not reach 40-degrees, nearly 20-degrees below normal.  But wait there is more.

A new surge of cold could be coming early next week and should it hold up - record low temperatures could be in the offing.  We will hawk over new data and keep you in the know.  The pattern looks to remain colder than normal well into the middle of the month. 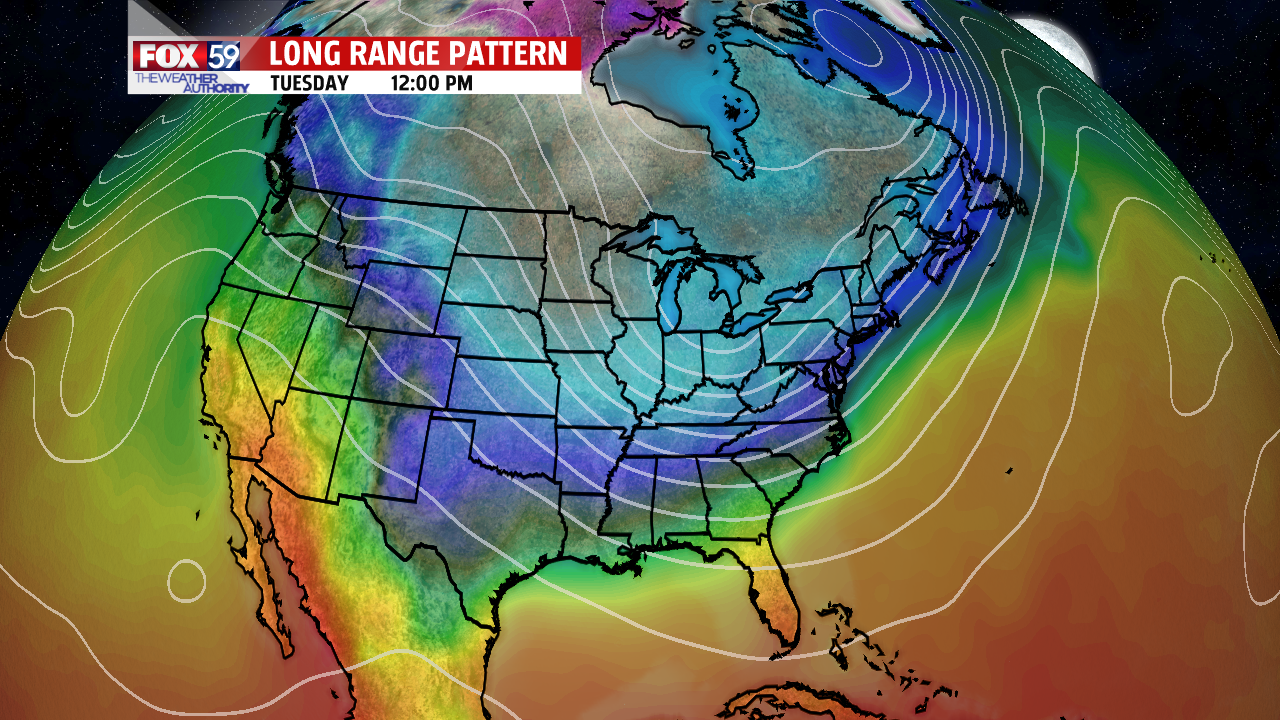 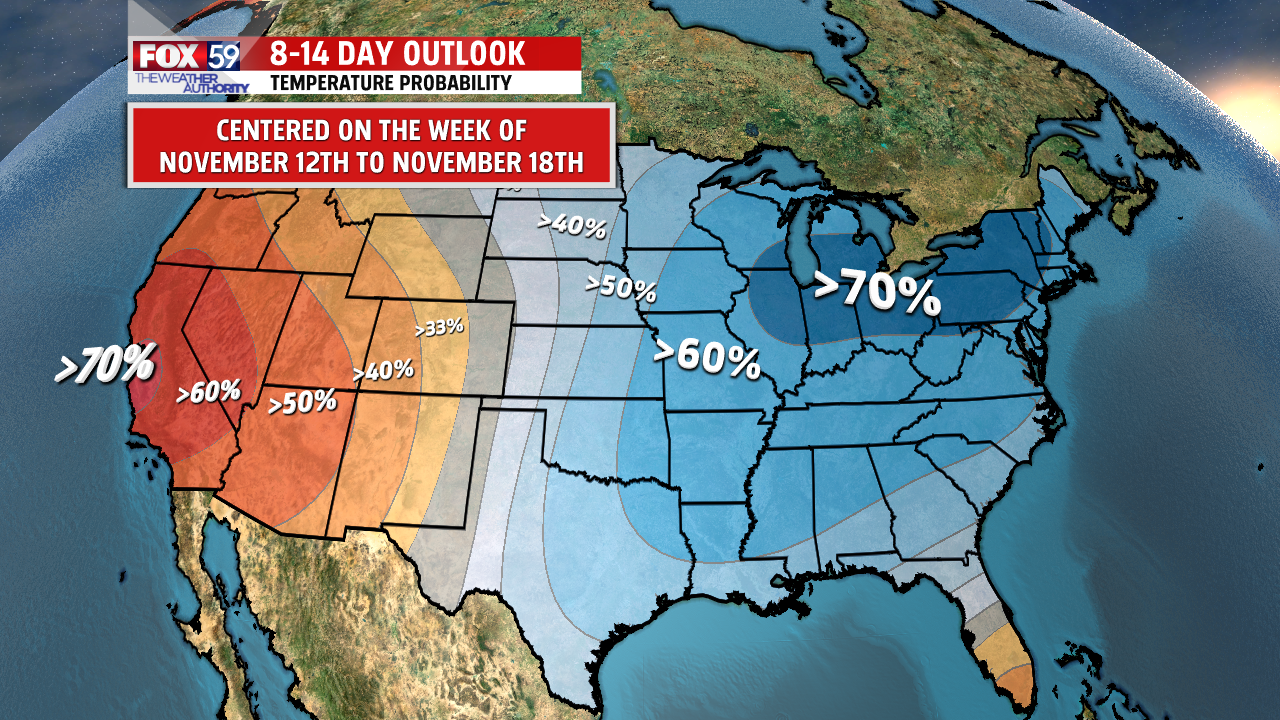 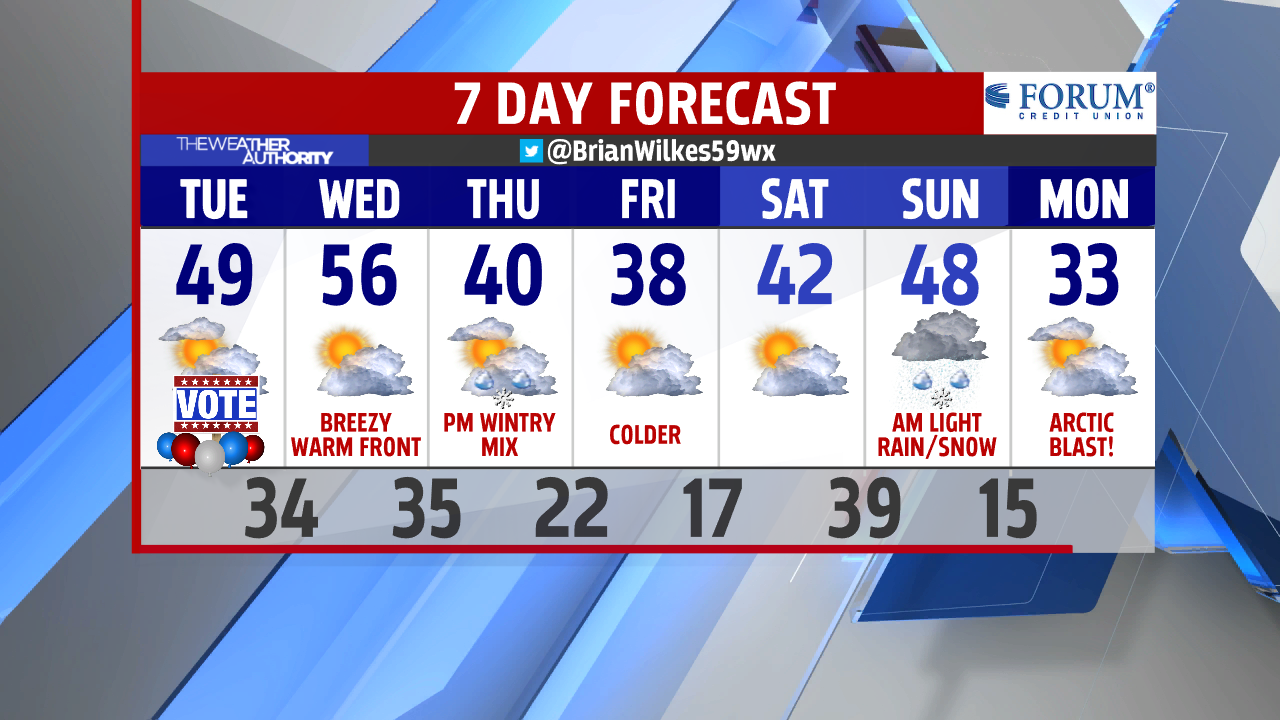