After Saturday’s messy winter storm, we’re finishing off the weekend with very uncomfortably cold air. Enough so that a Wind Chill Advisory is in effect now through Monday at noon. Actual temperatures will drop below zero overnight for many of us, and wind chill temperatures will feel well below that. 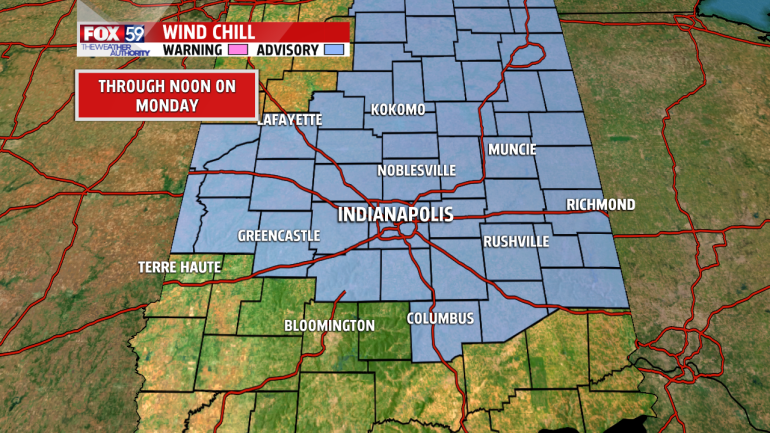 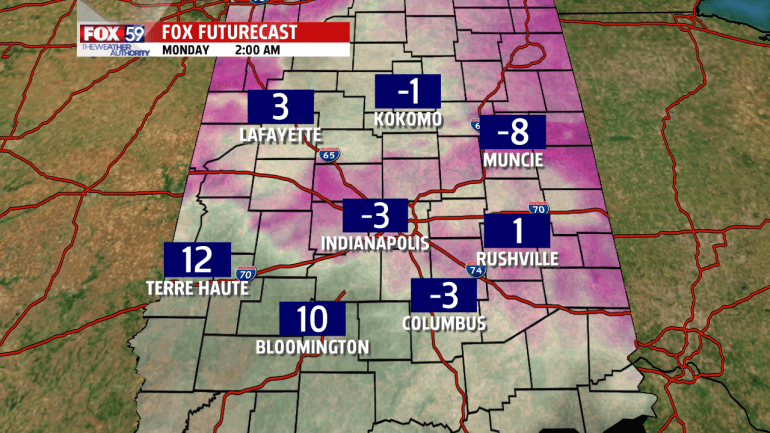 We’re tapping into frigid arctic and as it moves across our snow and ice covered grounds, temperatures will fall very quickly. Plan on morning temperatures for Indianapolis to be right around -3, the coldest in over a year, while some of our outer counties could see temperatures closer to -10. Be careful on the roads. Refreezing is likely in spots and many side roads are still not completely cleared. 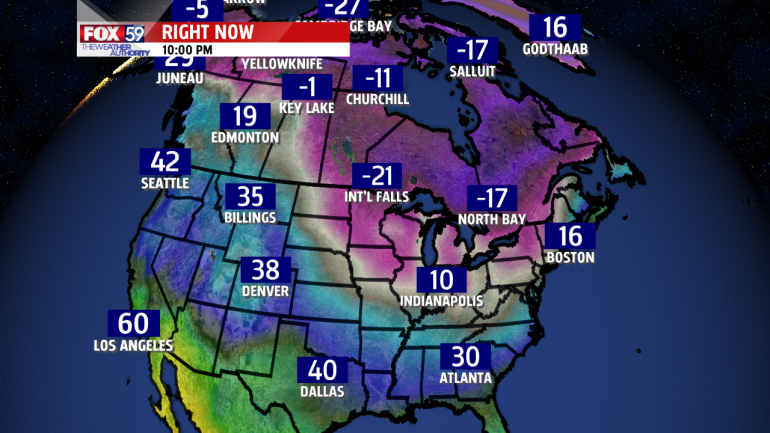 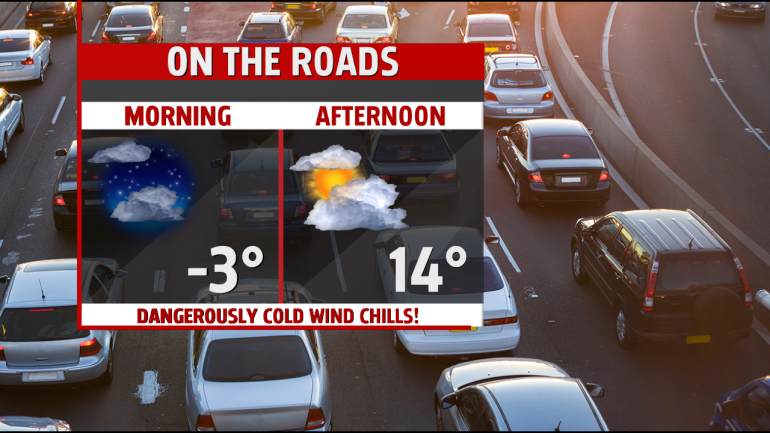 Don’t miss your chance to see the total lunar eclipse tonight. It’s underway now but totality won’t occur until shortly after 11:30 pm. Maximum totality will be reached shortly after midnight and the whole thing wraps up just before 2 A.M. This moon is also known as the Super, Blood, Wolf Full Moon. That’s because it’s at its closest point to Earth in it’s orbit (which  makes it a super moon). It gets the title “Blood” because it’s occurring during a lunar eclipse, which is when it gets its reddish hue. Lastly, the “Wolf” addition to the name comes from the Native American name for the January full moon. It got its name because they believed wolves were more often heard outside villages at this time.

Don’t miss it tonight, if you do, it will be over 3 years before another good one can be seen from Indiana. 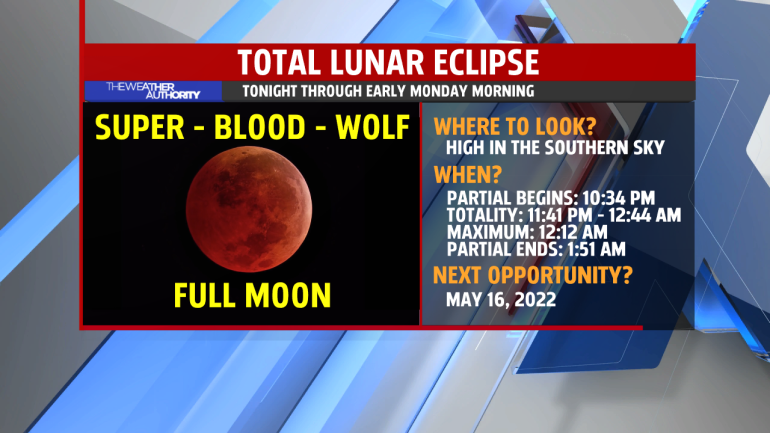 We warm up by mid-week but it won’t last long. The bottom drops out again by Friday with a new arctic blast and the return of snow showers. 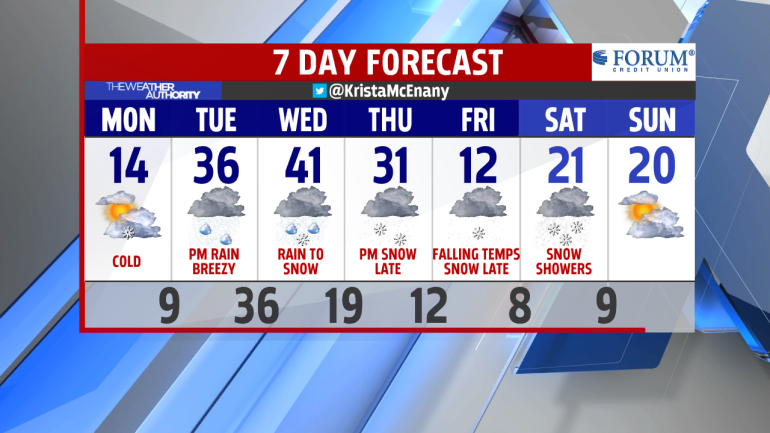