Finally! Indianapolis has received its first measurable snowfall of the month. The total for Saturday comes in at 0.1". That's not a lot but enough to take January 2020 from being tied for the least snowiest January, to-date, all the way down to being tied for the number 8 spot. 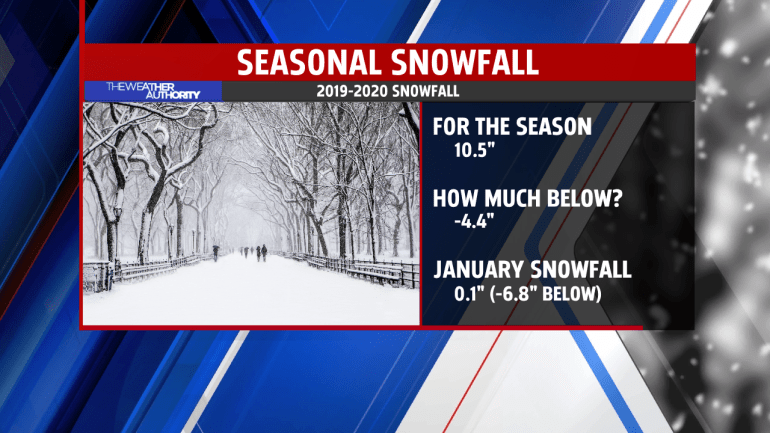 The first ever BLIZZARD WARNING for the entire state of Indiana was issued on this date 42 years ago at 3:45 pm. It is the anniversary of the worst winter storm on record for Indianapolis and for much of the state! It is worth noting that the three day snowfall total ranks second all-time for the highest three day snow total in Indianapolis. In January of 1978, there had already been as much as 6" of snow on the ground when the storm hit.

ON THIS DATE IN CENTRAL INDIANA WEATHER: 1978 THE WORST BLIZZARD ON RECORD HIT INDIANA ON THE 25-27TH. UP TO 20 INCHES OF SNOW FELL IN THE CENTRAL AND SOUTH...WITH 40 INCHES IN THE NORTH. WIND GUSTS TO 55 MPH CAUSED 10 TO 20 FOOT DRIFTS AND WIND CHILLS AS LOW -50 /OLD WIND CHILL SCALE. A FEDERAL STATE OF EMERGENCY WAS DECLARED.

The decade of the 70s produced plenty of snow and cold but this storm was the worst. More here from the US National Weather Service Indianapolis, Indiana. 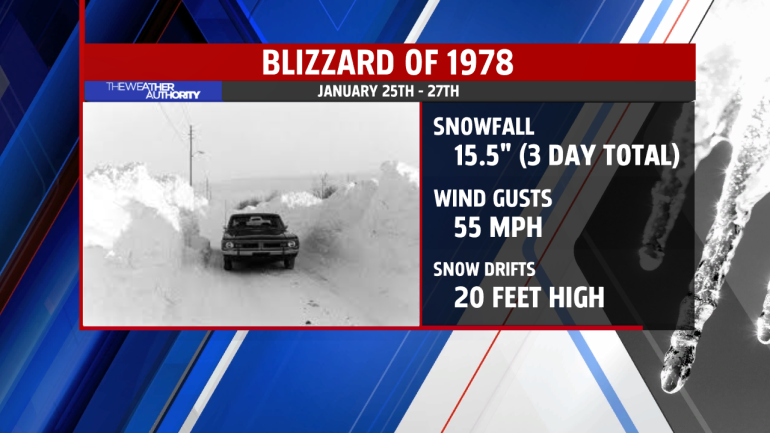 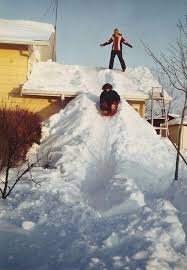 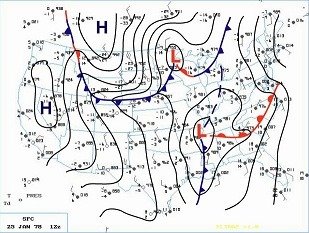 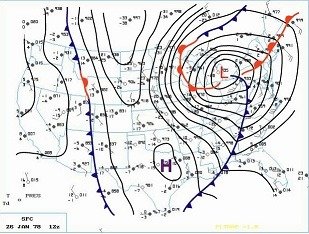 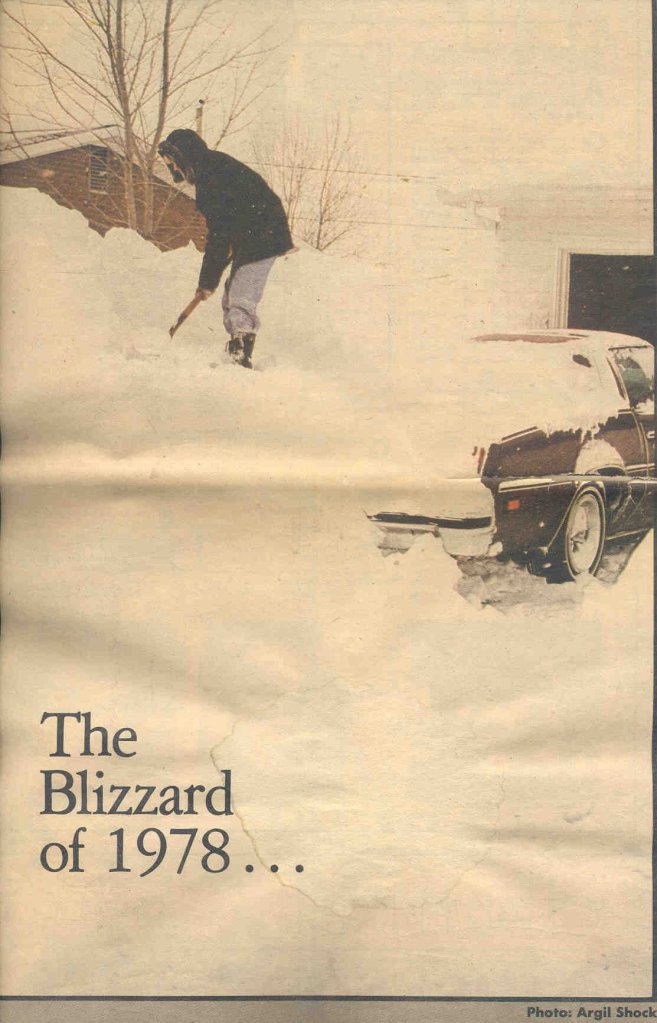 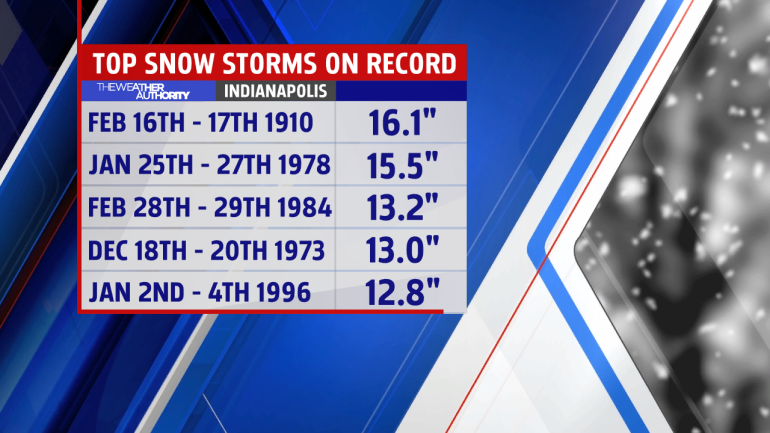 No blizzards for us in Indiana this weekend. In fact, snow is wrapping up tonight. A few lingering snow showers possible through the late evening hours, mainly in our northern counties. Our concern tonight will be for slick spots on roadways as the surface continues to cool to below freezing. While the snow will cease, leftover moisture at the surface will begin to freeze. Especially on untreated roadways. 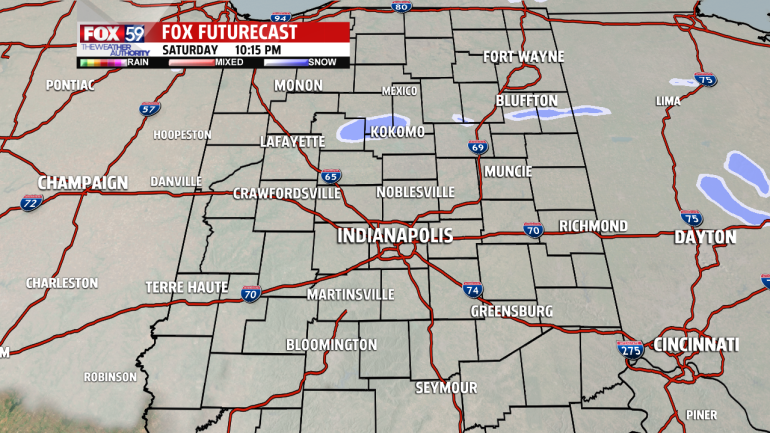 We're breezy tonight and that will create a wind chill holding steady in the lower 20s  through the late evening hours. 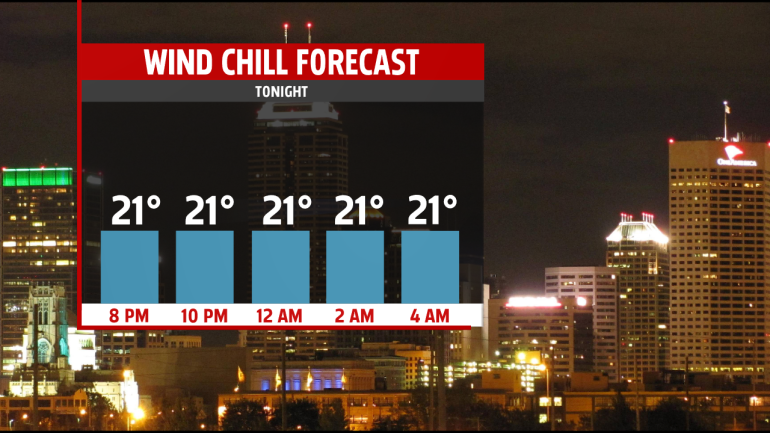 As you're heading out the door Sunday morning, plan on a chilly start with wind chill temperatures down a few more degrees, into the upper teens. 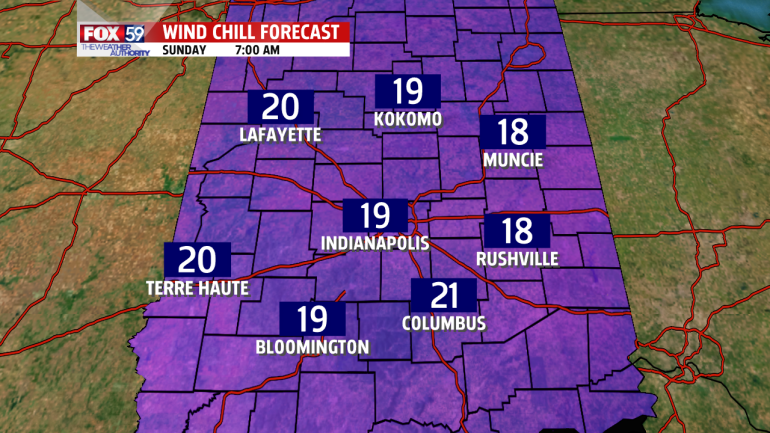 Temperatures rise into the mid and upper 30s Sunday afternoon, close to the average for this time of year. However, when factoring in the wind chill, it will feel several degrees cooler than the actual temperature throughout the day. 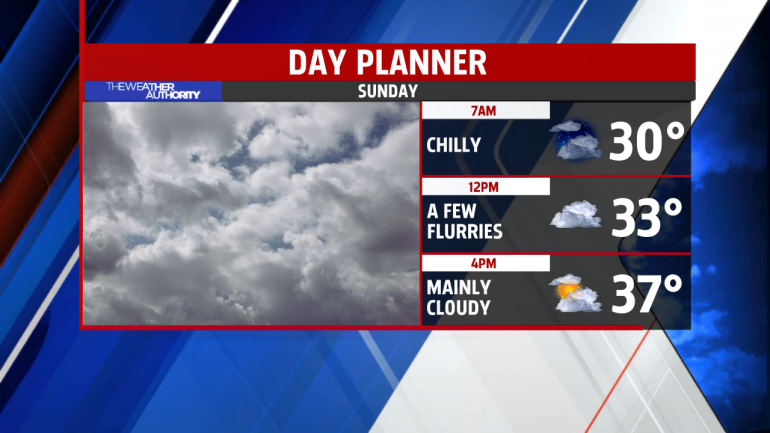 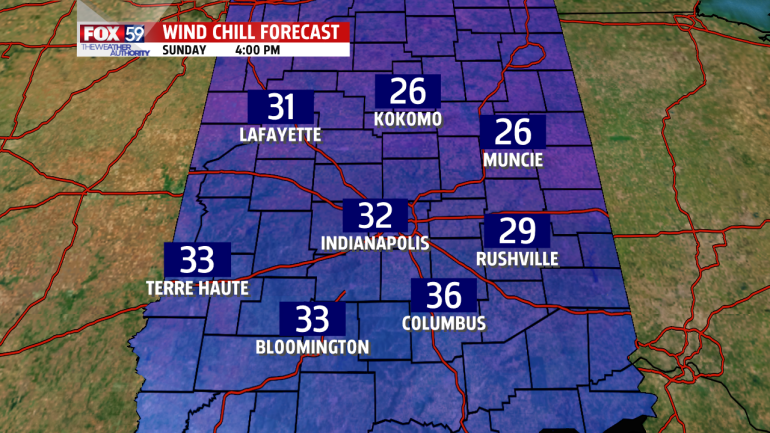 We have a lot of dry time this week. A few occasionally flurries possible, including Sunday. However, minimal impacts from precipitation are expected. January is the second cloudiest month, on average, for us. Typically we see about 40% of the possible sunshine. However, this has been cloudier than normal, with only 23% of the possible sunshine this month. January 2020 will keep up the dreary, gray pattern as we stay mostly cloudy throughout the week, and to finish off the month on Friday. 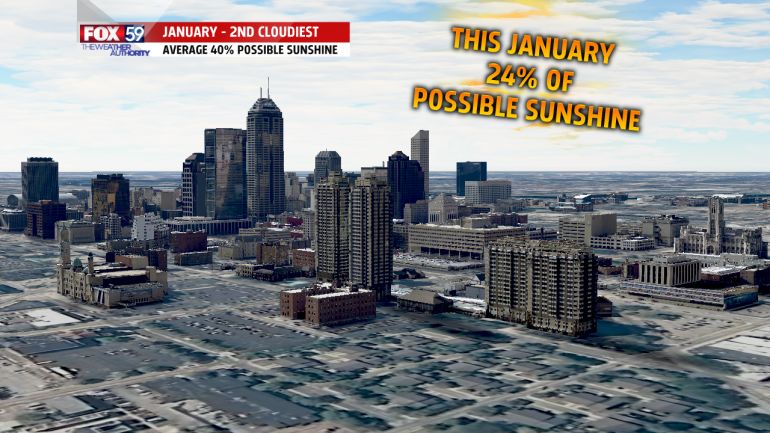 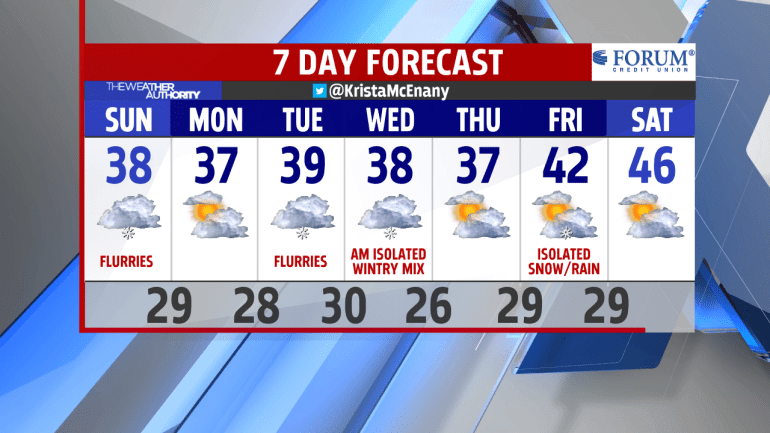 Another weak wave will swing through the region tomorrow (Friday), throwing a few flurries in the mix (20%), keeping with the theme that winter is still here!

Police investigate after woman shot on near east side of Indianapolis

Police investigate after woman shot on near east side of Indianapolis