Less than a quarter-inch of rain has fallen officially for the city as we hit the midway point of August. The abnormally dry conditions are expanding. Indianapolis is now 1.20″ below normal for the month to-date and ranks 11th driest for an August through the 14th. 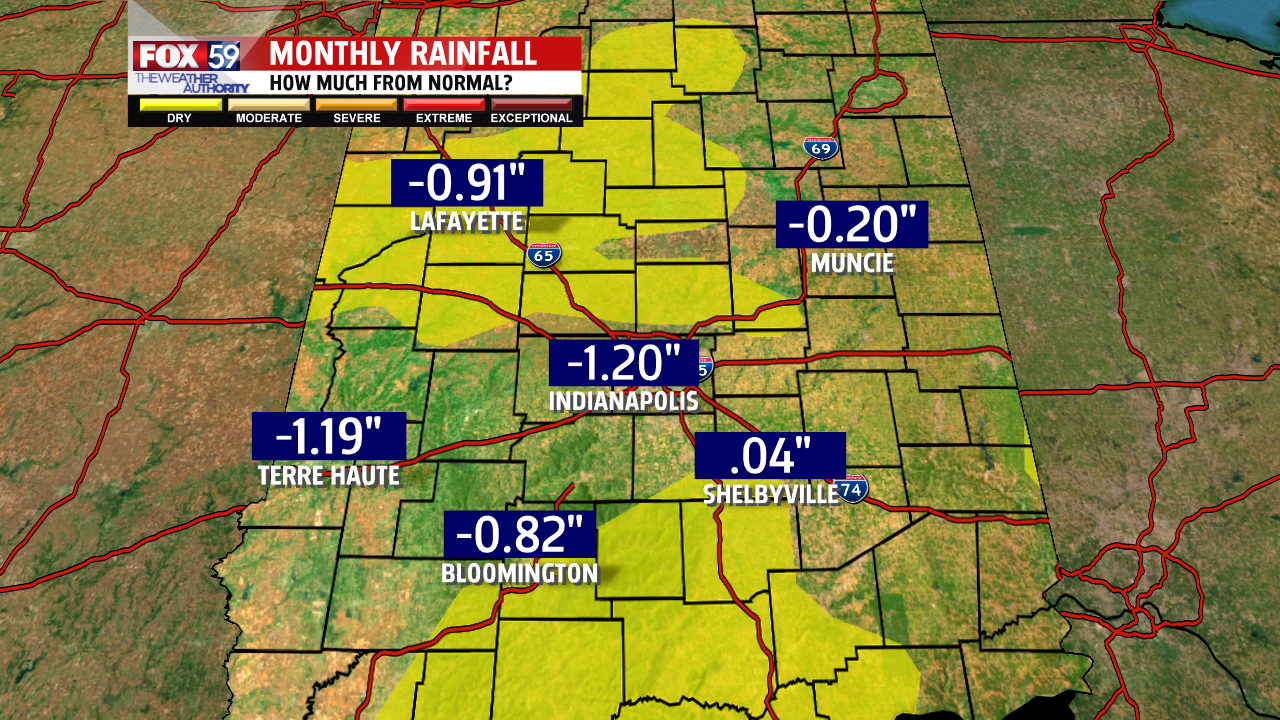 The DRY SPELL started over three weeks ago (July 22nd) and short-term forecast model signals “flash drought” conditions are becoming more possible. It is the DRIEST for the time span in 17 years with less than one-inch of rain in Indianapolis.

There isn’t relief coming anytime soon. Off the machines that produce rainfall numbers, the averages are still very low through day 10. Dry conditions will worsen and the Drought Mitigation Center’s Thursday report will include expanding “abnormally dry” conditions across the state and may even include drought conditions as well. An update is expected Thursday. 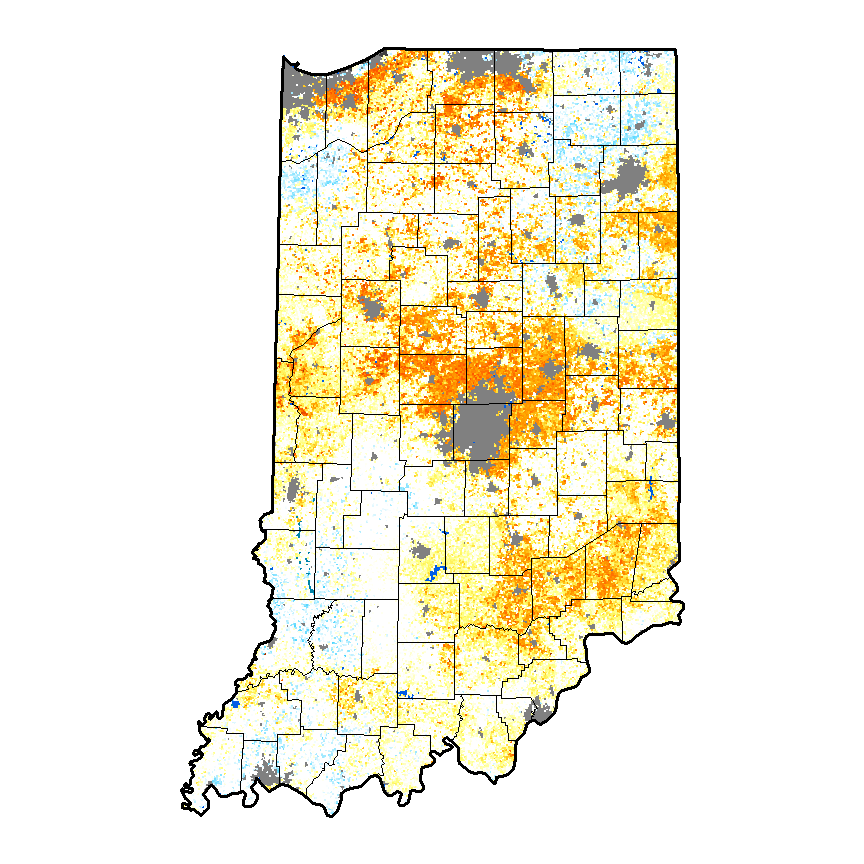 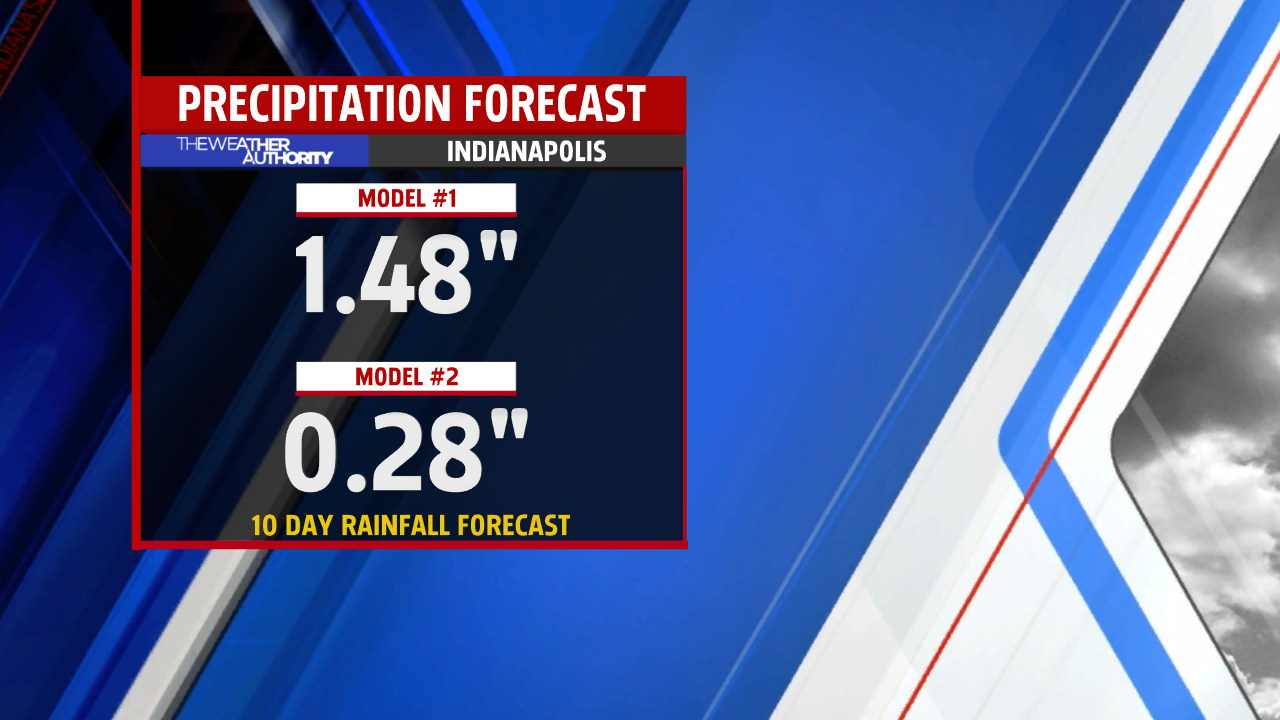 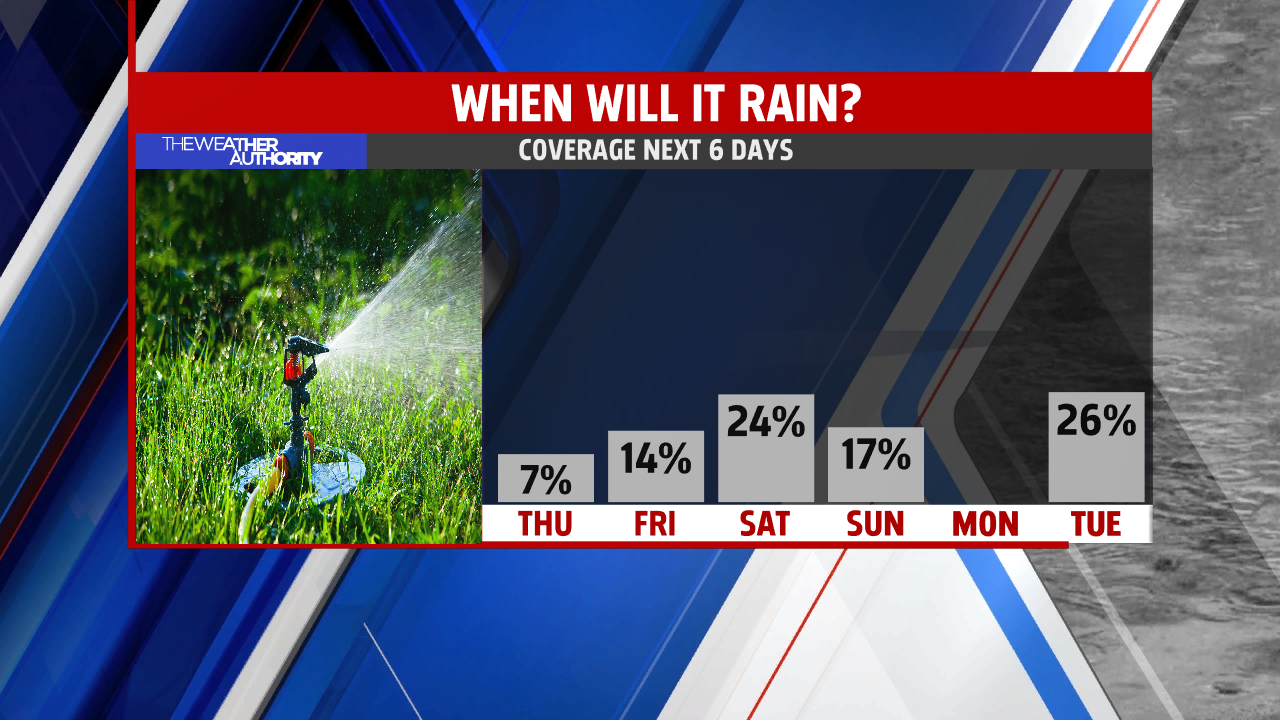 It’s been a few weeks since the core of an upper level high pressure camped over the eastern U.S. The “hot dome” has been anchored west but our August hasn’t been mild. In face it ranks among the warmest 30% on record as nearly every day has been above normal.

There is growing evidence that the hot dome will shift east in the coming days bringing a new surge to 90-degree days starting late weekend and early next week. The warmer than normal pattern looks to hold well into the final week of the month. 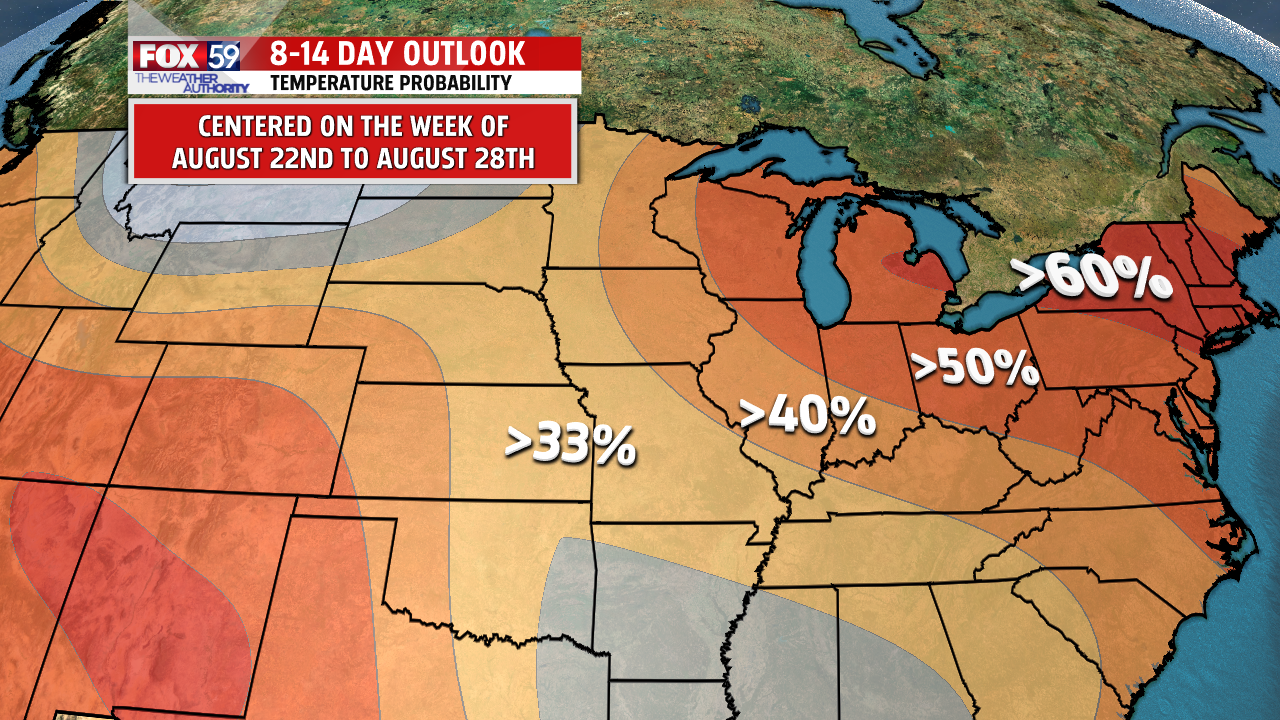 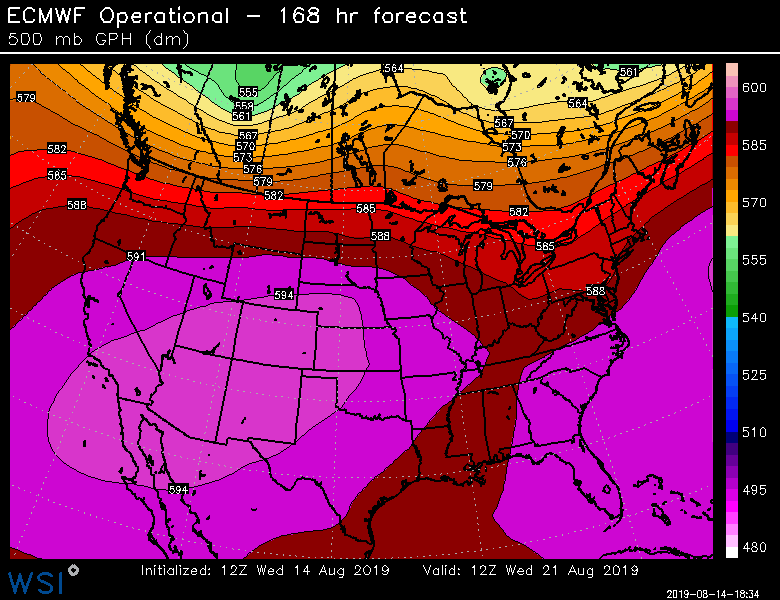 Our first wave of messy weather for this Monday has moved off to the east, and another wave is set to impact us over the evening hours. Monday morning and early afternoon saw a variety of precipitation from rain, freezing rain, sleet and snow.

The temperature of the air column and surface are key to what type of precipitation you see. We'll see a variety again this evening as the second wave moves on through.

Tracking a wintry mix to start a new work week

Expect a dry start this morning, for most, likely through the rush hour before an icy mix of freezing rain and snow begins to build in from the south.

At this time, if roads get slick, most of this will not begin until after 10 a.m. for downtown. Slick conditions will be likely south and west much earlier from Terre Haute to Bloomington.

We're heading into a messy Monday. A Winter Weather Advisory goes into effect for most of our viewing area at 5 AM Monday and lasts through 1 PM for the majority under the advisory. However, our far northern counties will see this advisory extended until 9 PM as potentially hazardous wintry weather will still be lingering.

A warm front associated with a strong low pressure system is tracking our way. With it, it's bringing plenty of moisture. This moisture arrives here early Monday morning in our southern counties and should mainly begin as rain. However, a few locations could develop a few pockets of freezing rain or a wintry mix. Precipitation will continue to spread north into the morning and as it does, more widespread freezing rain is expected to develop as the moisture interacts with our colder surface temperatures. Icing of 0.10" to 0.20" are possible. This brings about a major concern for those that have to travel on Monday. Slick spots are to be expected.

Chocolate maker Godiva closing all US stores by March

Most Target employees to receive $500 pandemic bonus from company

Third stimulus checks: Here’s what is holding up those $1,400 payments