Skip to content
Watch Live
Watch Live
FOX59 News at Six
This is an archived article and the information in the article may be outdated. Please look at the time stamp on the story to see when it was last updated.

The snow showers have moved out of the state this Sunday morning, but many of us woke up to snow on the ground! Temperatures plunged Saturday afternoon and fell into the lower 30s. The rapid drop in temperatures made the rain turn to snow earlier than expected. The snow continued to fall Saturday evening, resulting in minor snow accumulations near the Indianapolis area. Points north of downtown received around 2” of snow. Less than 1” (0.6”) was measured at the Indianapolis Airport. 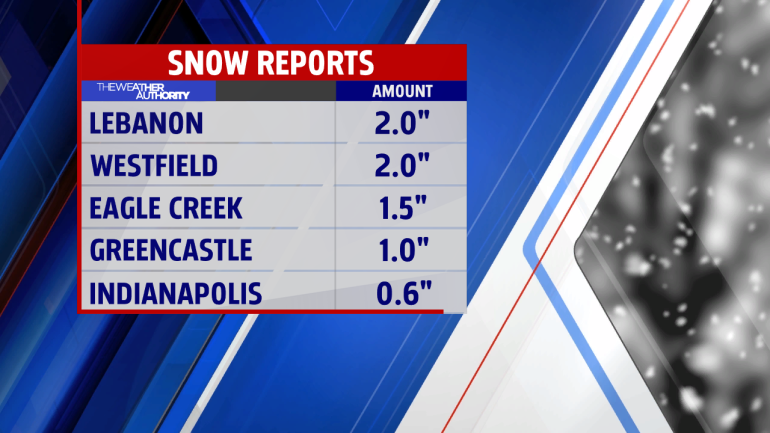 Skies are mainly clear around central Indiana this morning and lows have dropped into the mid to upper 20s. Temperatures this morning are nearly 30 degrees colder compared to early Saturday. Wind chills have also fallen into the teens around the state. Watch for slick spots on untreated roads during the first half of the day! Black ice may form with the below freezing temperatures. 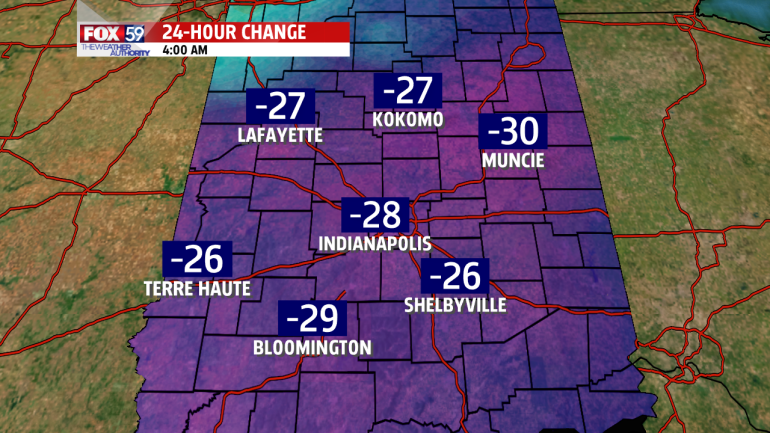 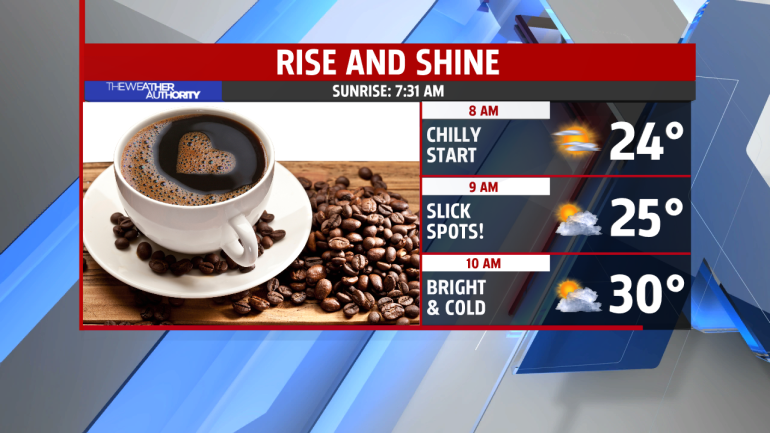 Cooler air is channeling into Indiana today with highs struggling to rise near 40°. The average high for the end of March is 58°, meaning temperatures will once again be below normal. On a brighter note, there is going to be more sun for the second half of the weekend due to higher pressure over the Great Plains. 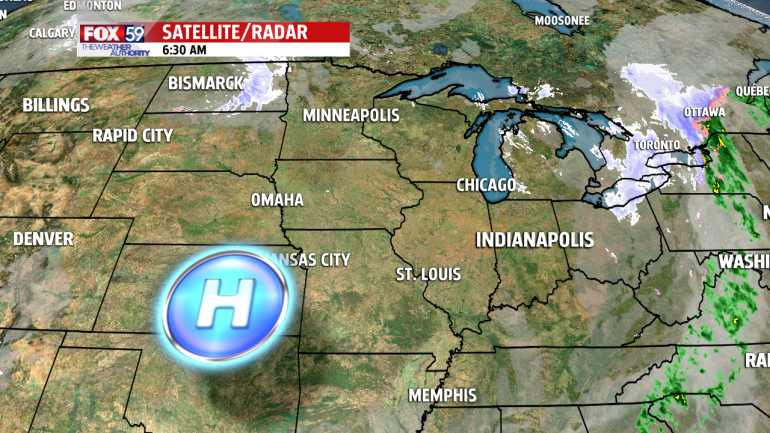 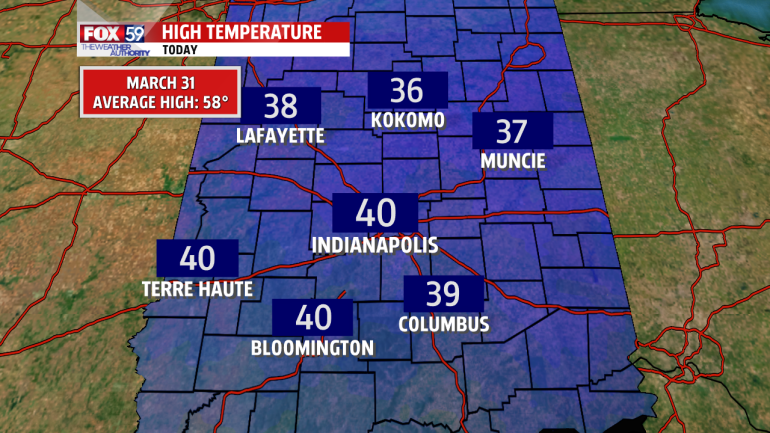 Quiet weather is expected early in the work week and temperatures will begin to recover as we kick-off April! Highs in the 60s will return on Wednesday with showers arriving Thursday. 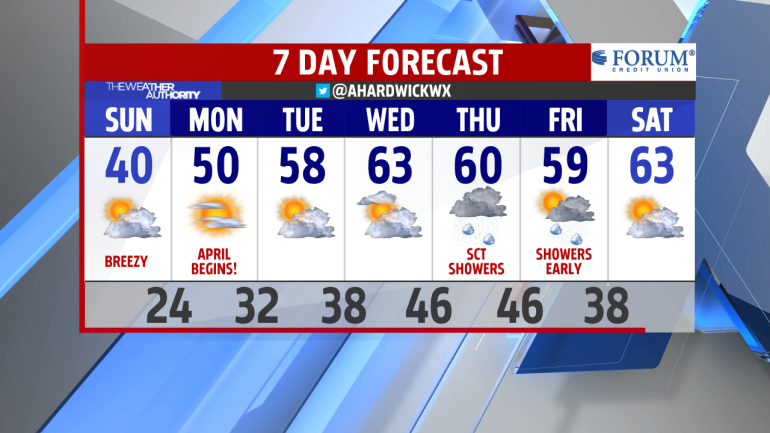