JANUARY IN THE BOOKS

We closed the books on January Friday and what a month it was.  As strange as a January as you may ever see.  First, no snow!

This was the least snowiest January in 31 years with less than a half-inch of snow!  We average over 8" of snow during the month but will enter the record books as the 8th least snowiest on record.

More fun snow facts.  The last time we recorded a half-inch of snow or more was December 17th.  That span of 46 days for the calendar dates December 18th to February 1st is the least snowiest in 78 years (1942)! 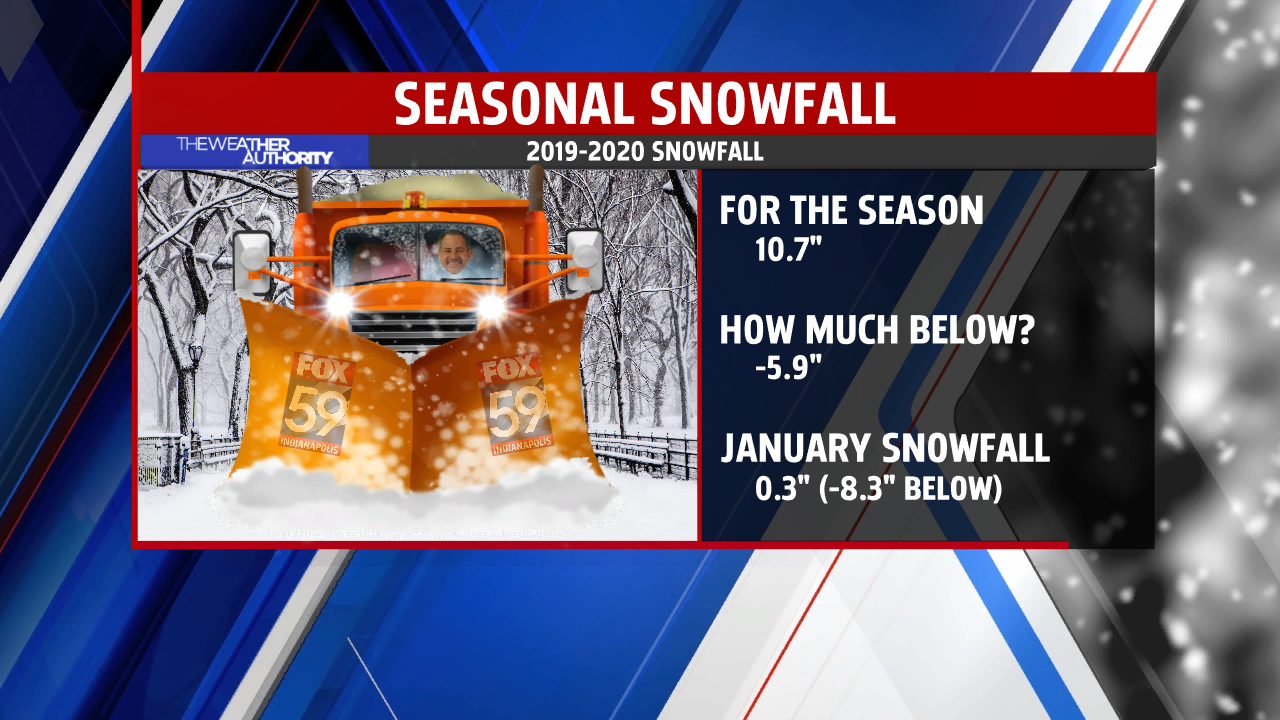 January produced plenty of rain, with record setting rainfall mid-month.  January 10th and 11th produced the bulk of the rain, with 1.87" falling on the 10th and 1.52" on the 11th.  The total for the month 5.32", makes this the 18th wettest and just over two and half-inches above normal.

January 2020 was a mild one and gave little resemblance of the bitter cold it typically produces.  The coolest night came on the 19th with a low of 9°.  Overall the temperatures averaged just over 7-degrees per day above normal!  We only had three days all month fail to reach the freezing mark.  January 2020 sits firmly as the 16th warmest on record. 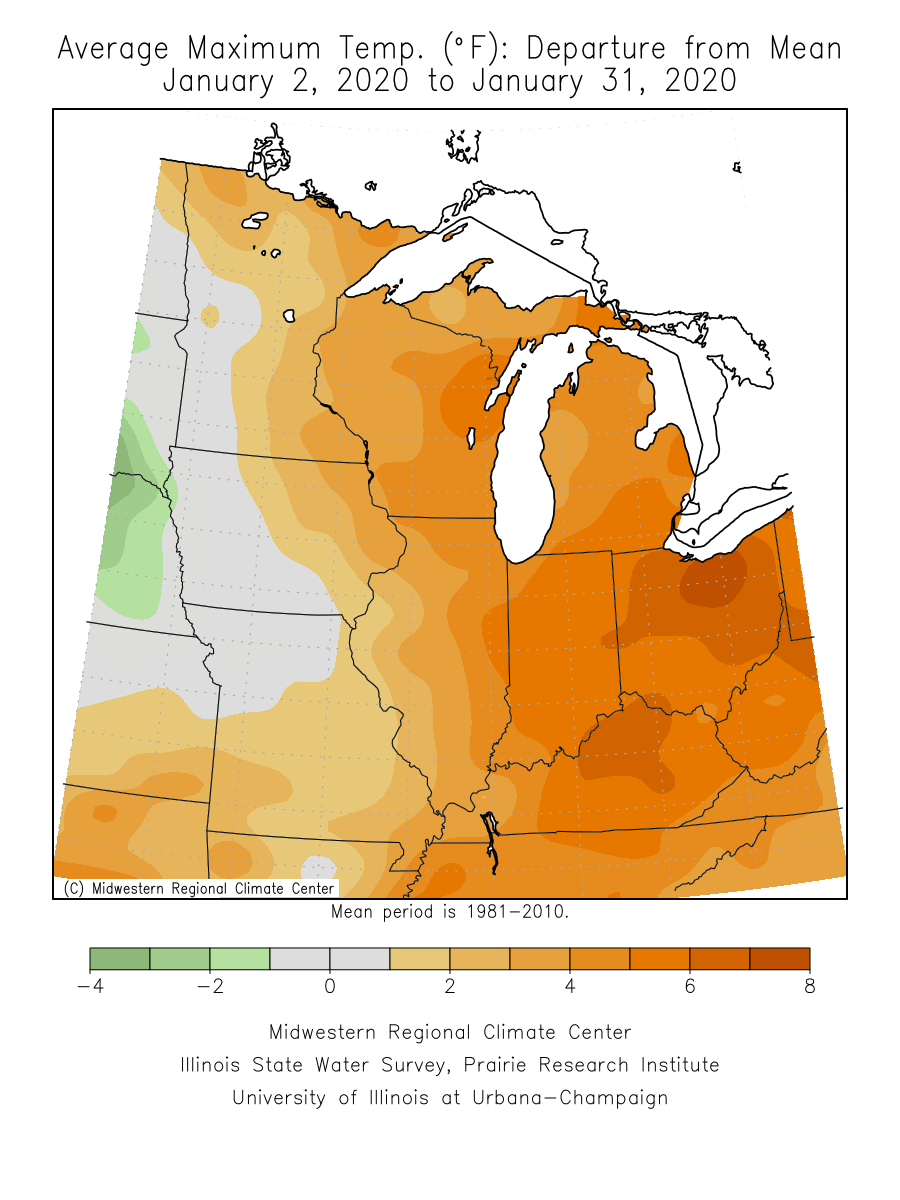 We may have lacked the snow and cold but clouds were plentiful.  The only and last nearly full sunny day came January 8th.  It was a cloud month even by January standards.  With 19% possible sunshine it was the cloudiest January in three years.  The month ended on a streak of near completely overcast days. 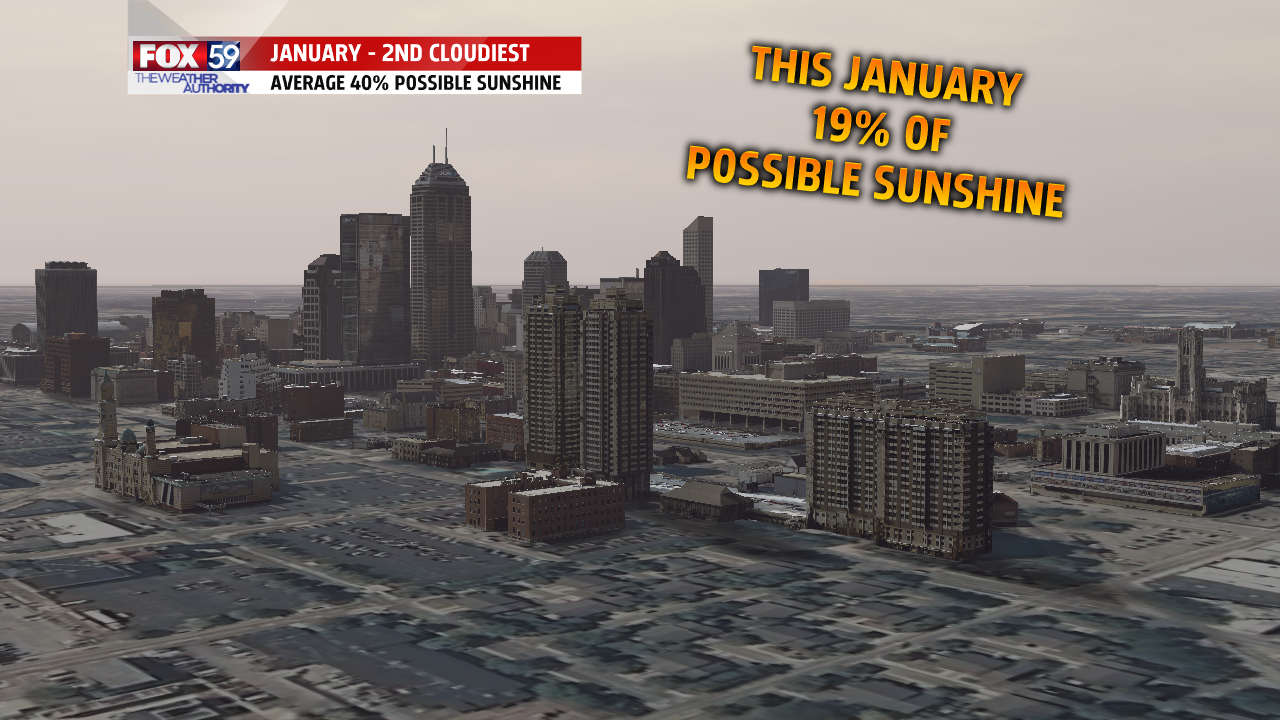 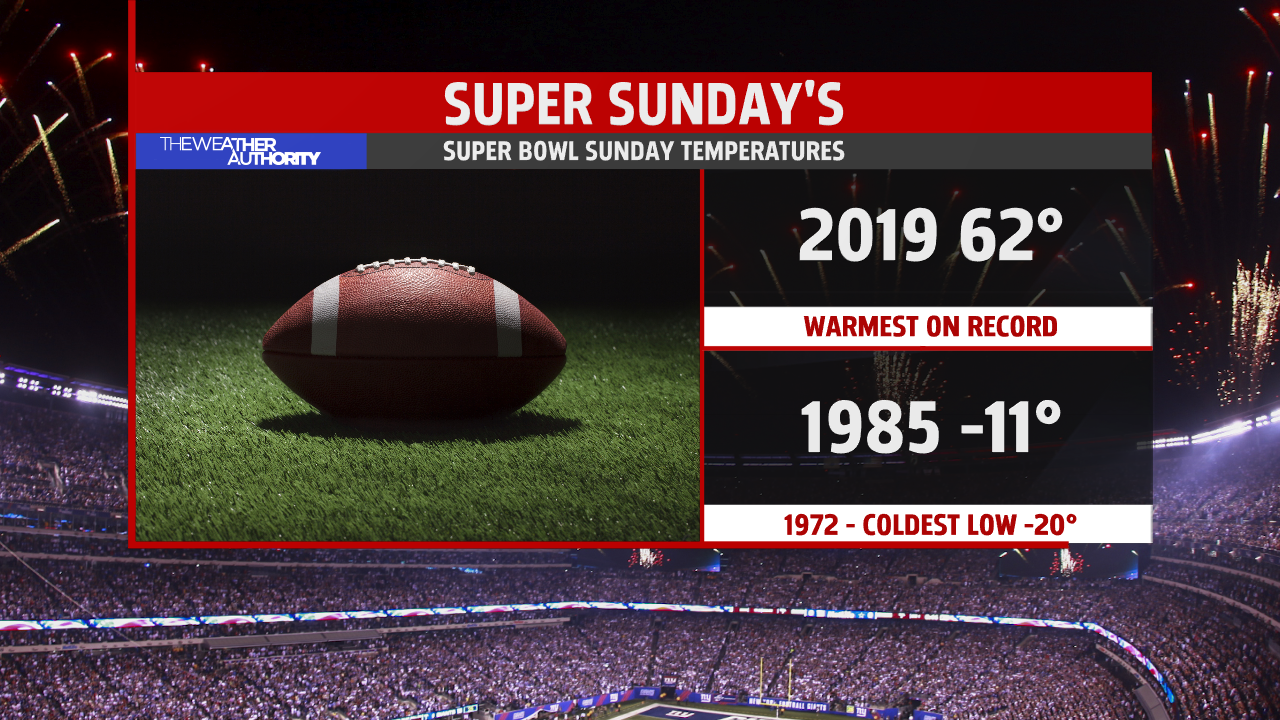