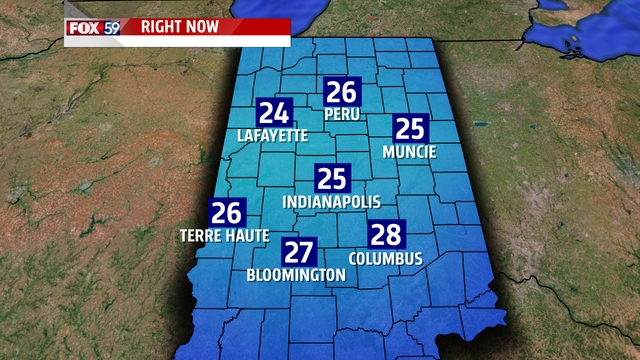 Winds are making it feel like the teens in spots across central Indiana! Bundle up if you’re heading out! 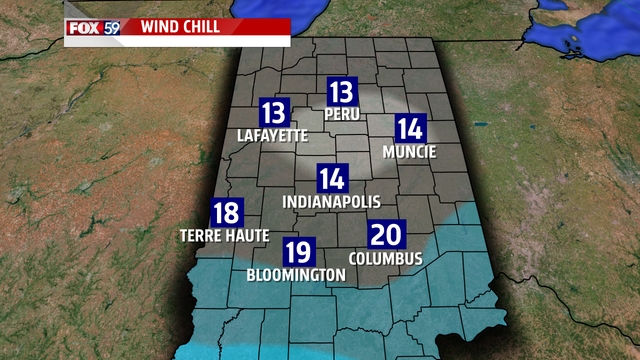 Tonight expect lows in the low 20s and highs Thursday only in the low 30s. There’s a chance of flurries Thursday as a wave of energy passes through. Friday stays dry with highs in the low 30s. On Saturday, another wave will move through with a chance of snow for central and southern Indiana. The better chance of accumulating snow will be in southern Indiana although amounts for now appear to remain light.  Models show a stronger system moving in mid next week. Temperatures will warm to the 40s Monday and Tuesday and moisture will be in the form of rain late Monday night and Tuesday. Temperatures will cool drastically late Tuesday and expect the warmest temperature of the day Wednesday to be around midnight. When you go out the door Christmas Eve morning, temperatures will be cold and expect numbers only in the mid-20s by the afternoon with windy conditions. Snow showers are also possible on Christmas Eve. We’ll pin down amounts, if any, as time gets closer. 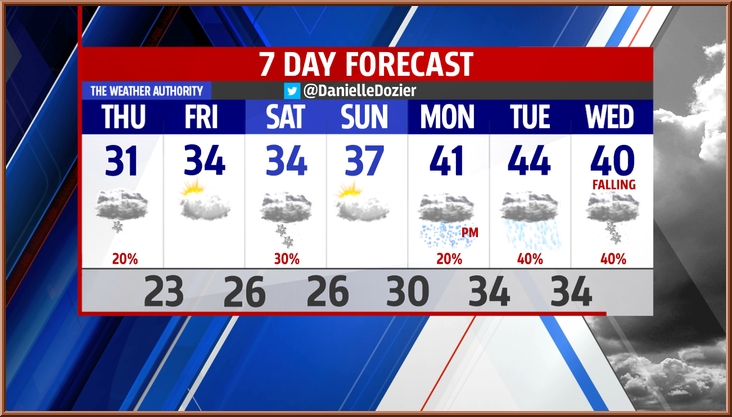