COLD BLAST TO END THE MONTH

Halloween 2019 opened wet, then turned sharply colder! After the rain, early temperatures fell into he 30s on gusty winds that topped 40 mph. Scattered flurries developed along with a few snow showers late day, which created tough conditions for the ghosts and goblins trick-or-treating around central Indiana.

FIRSTS ON THE LAST DAY OF THE MONTH

We almost escaped October without a freezing temperature, but that ended at 4:40 pm. We went 213 days (last April 1) without a freeze in Indianapolis, the second longest stretch between freeze dates on record. The longest was 219 days in 2017. 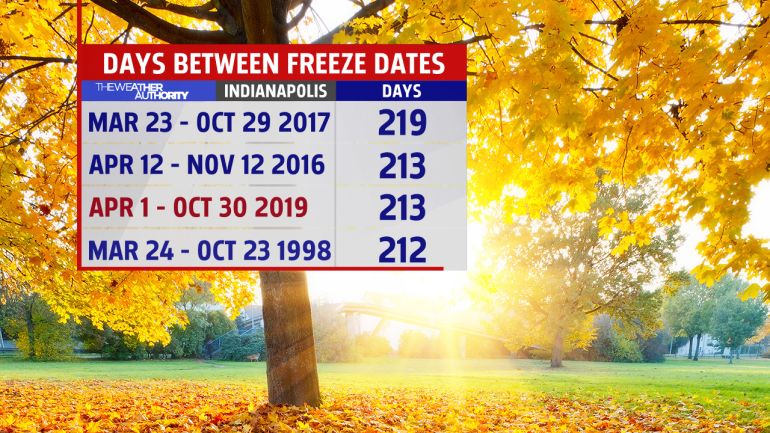 First snow flakes arrived on the gusty northwest winds. Snow fell early afternoon and swept east as the colder air spilled in, and a storm departed north into Ohio. This is only the ninth time on record that snow has been reported in Indianapolis for Halloween, most recently when .1″ of snow was measured in 2014. Only two Halloween’s have had measurable snow — 2014 and 1890! 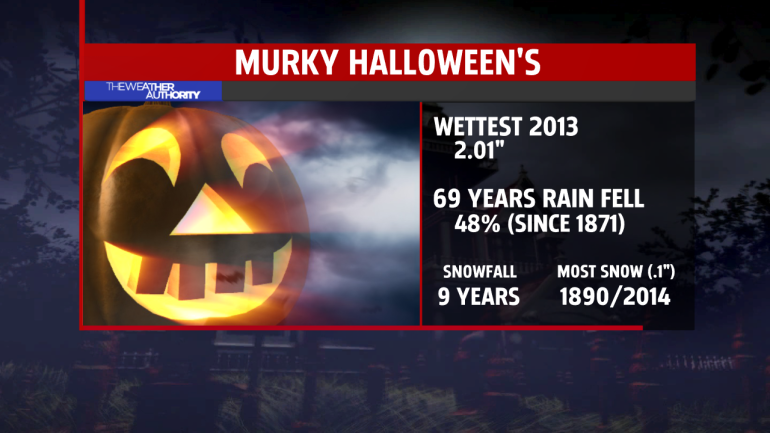 Winds will subside later this evening but won’t completely drop off. Gusts of 45 mph and 41 mph were reported in Muncie and Indianapolis. A wind advisory will expire at 12 a.m. 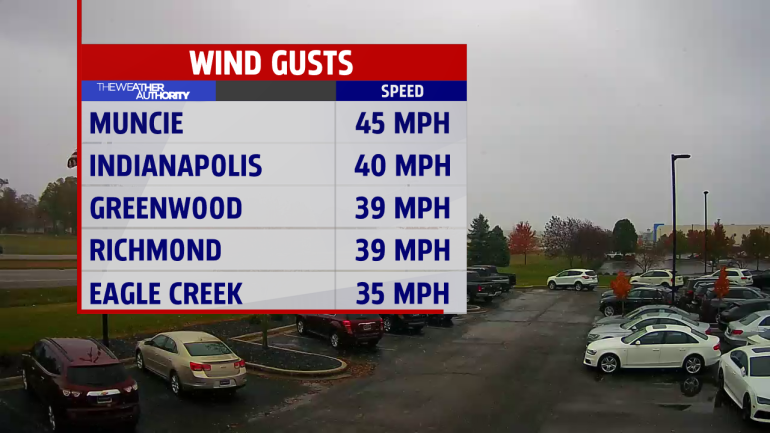 The winds created a real challenge to Halloween costumes and those wearing them. Braving the elements late-day, the wind-chill dipped into the teens. This was the first time a wind-chill dropped below freezing since April 1. 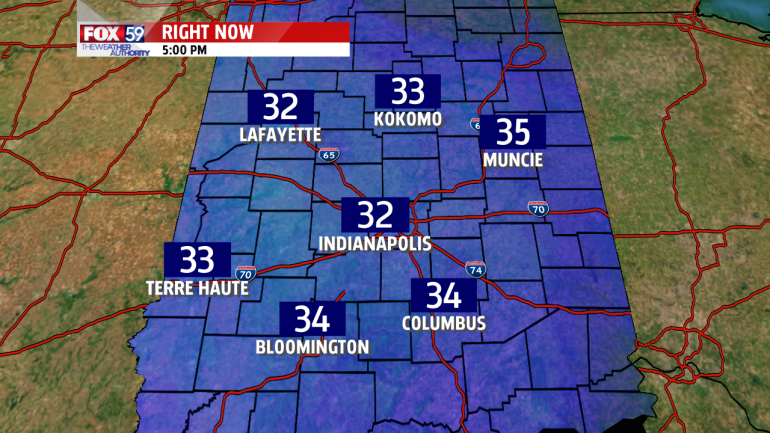 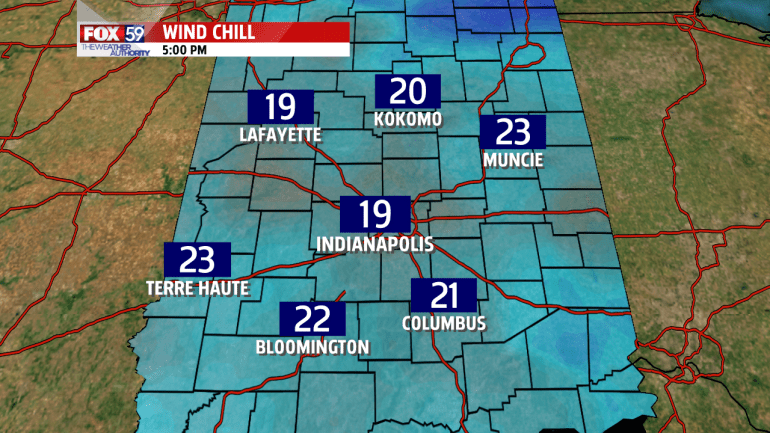 NEAR RECORD COLD UNDER CLEARING SKIES

Clouds will move out later this evening with clearing overhead before 12 am. Temperatures will lower to hard-freeze levels — mid/upper 20s — by daybreak Friday. The forecast low of 27° is not far from a record of 24° for the date, set in 1949 & 1879.

Skies will be mostly sunny to start November, but temperatures will only reach the middle 40s. This will be the coolest open to a November since 2014. Weather records show that the coldest max temperature for November 1 was 35°, in 1917.

Relief from the heat is in sight! We have to wait several days for it but sure enough, we'll snap out of this current heat wave. High temperatures climbed into the 90s once again on Monday afternoon. This makes the 4th day in a row for Indianapolis and the 8th day this year for the city. While Indianapolis sees, on average, 19 days in the 90s each year, many nearby cities have already had nearly that many.

We continue with this pattern of 90-degree heat, oppressive humidity, and afternoon thunderstorms for the next few days. It's important to stay hydrated and take breaks from the heat, when you can. Heat indices near and above 100° will be possible through Thursday.