January 2020 is in its last few hours and it’s certainly been a mild one. We’re finishing off the month as the 16th warmest on record and the 8th least snowiest. 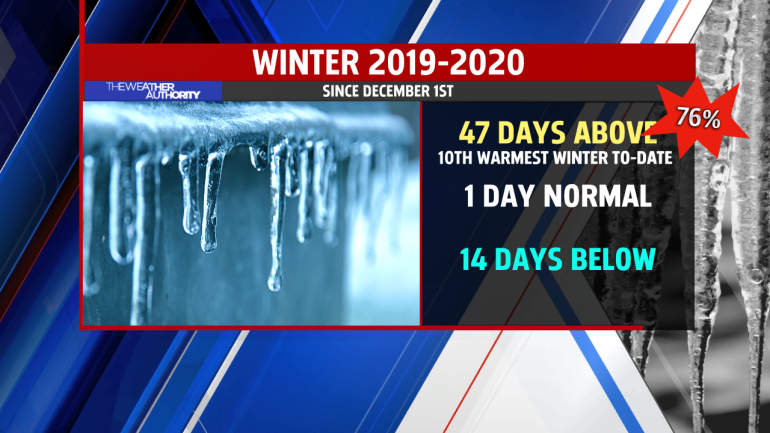 January 2020 ends as least snowiest in since 1989. Less than a half-inch of snow, normal is 8.6″. Even with the snow showers this morning, they were so light that those who actually received snow, only managed to get a minor coating that quickly melted away. 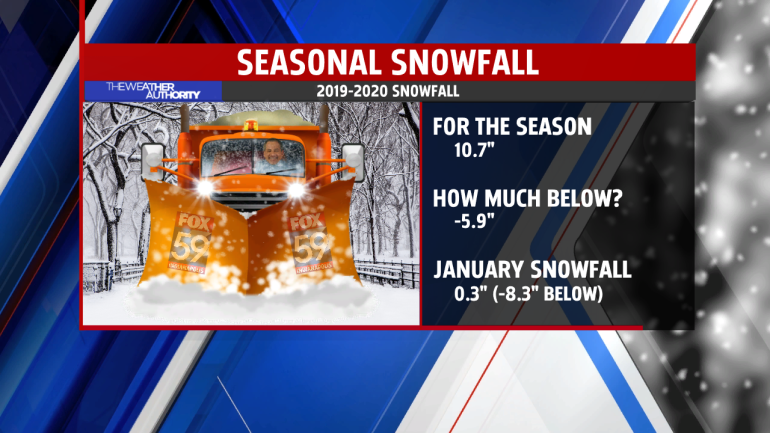 Temperatures this afternoon have come above freezing, hence, the snow isn’t sticking around. Skies remain cloudy for the 5th day in a row. Even as snow showers moved out this afternoon, we’ve kept a lid on the atmosphere, keeping the air from mixing, meaning we’re stuck with the clouds for a little while longer. A few sprinkles or flurries will still be possible this evening and patchy fog will develop overnight. 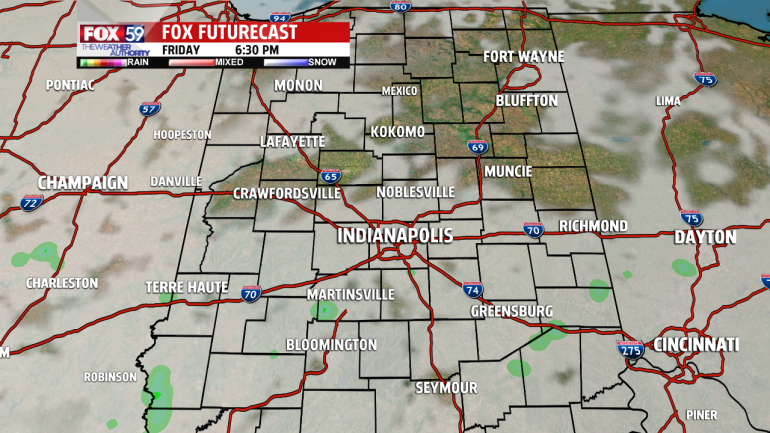 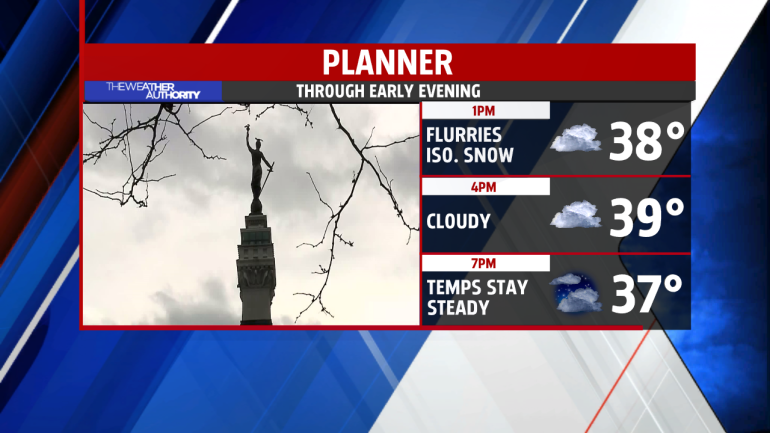 Another wave of energy moves over central Indiana early Saturday morning and could bring us additional flurries or a few sprinkles. Again, this is not a big weather maker and we won’t be seeing a lot of precipitation. But that combined with gray skies will be enough the make it a dreary and slightly damp start to the weekend. 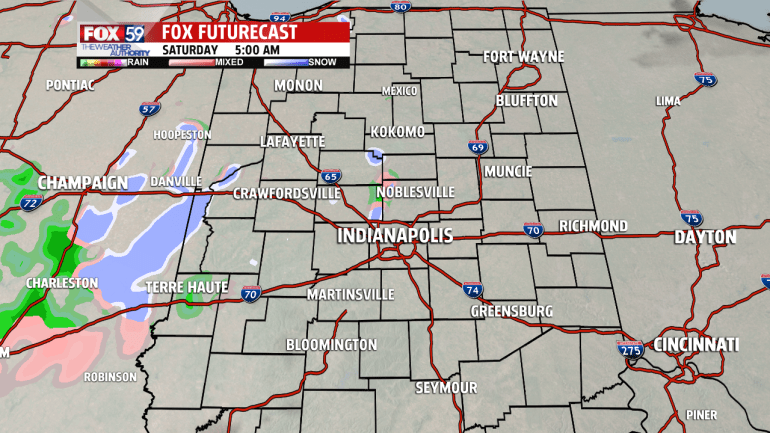 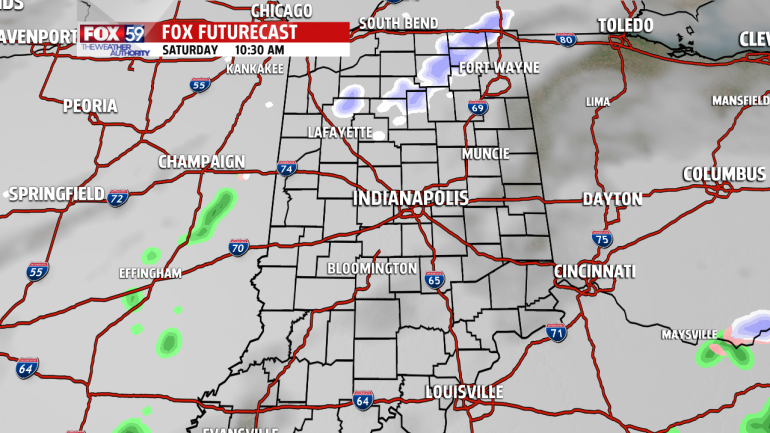 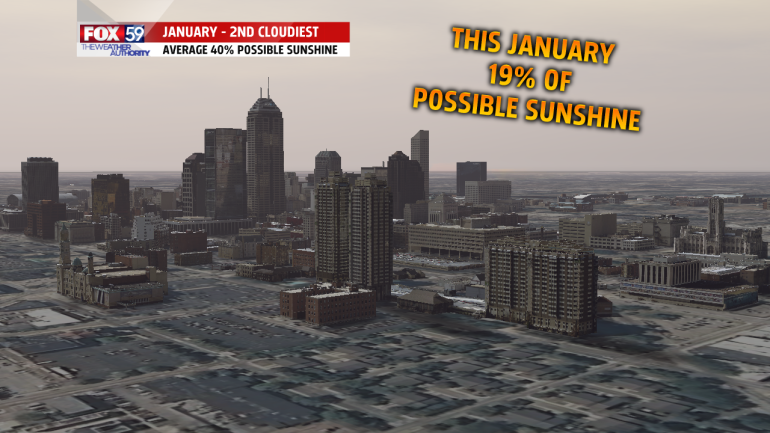 The chance for patchy drizzle or sprinkles will continue into Saturday afternoon as highs only rise to the low 40s. However, this will finish out our long stretch of gloomy days. 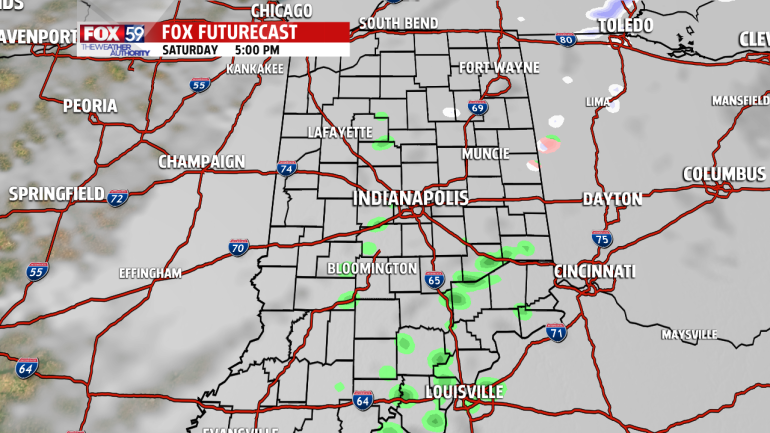 By Sunday, high pressure makes a return, clears out the skies and we’ll see the sunshine once again. Sunday will be a fantastic day if you have any plans get out and about, or maybe just travel to a friends house to watch the Super Bowl. Sunshine and southwesterly winds will allow temperatures to surge into the mid and upper 50s by Sunday afternoon and to near 60° by Monday! The record high for Monday, February 3rd is only 62° which has been achieved on three separate occasions (in 1992, 1927, and 1883). We’ll be close to it this year. 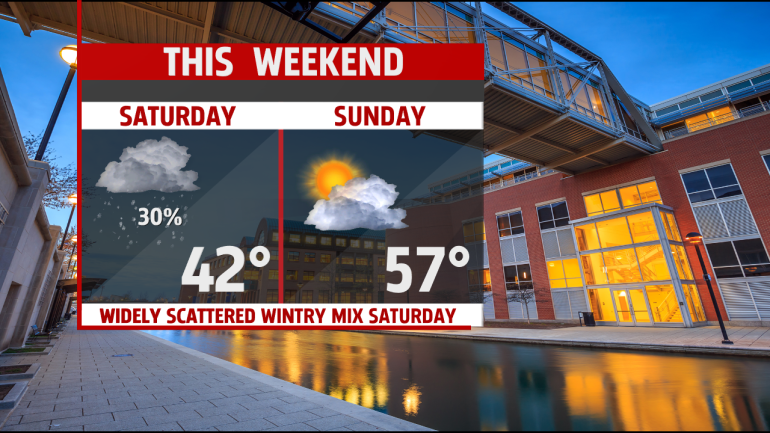 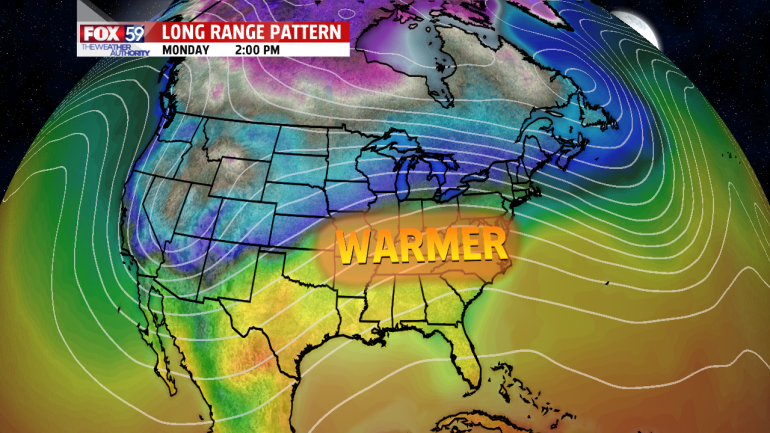 With moisture streaming in from the Gulf early next week, our next weather makers will pack a little more punch in the precipitation department, compared to this week. It won’t be the patchy sprinkles or drizzle that we’ve been seeing. We’re tracking a couple rounds of rain and potentially snow showers. Stay tuned as we continue to monitor these systems. 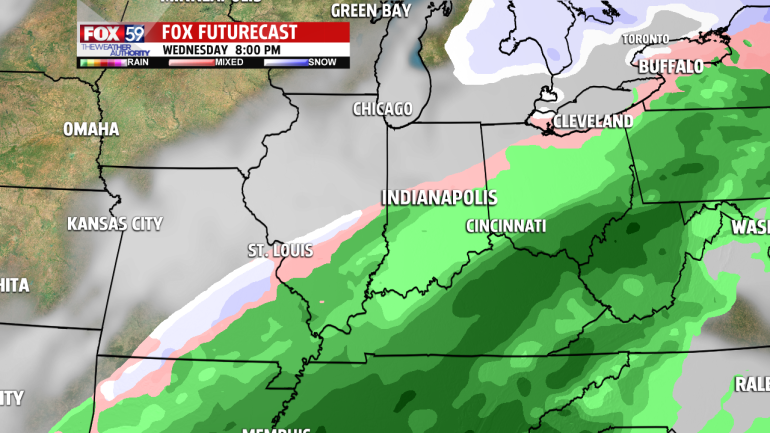 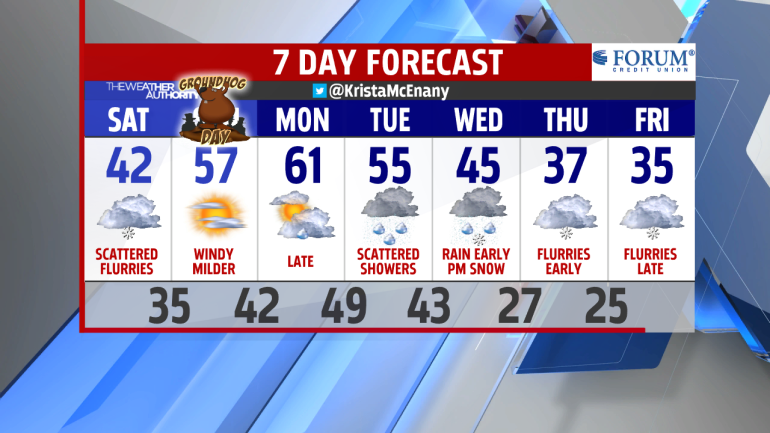 Dry time will be coming to an end as new rains arrive.  Later tonight showers and eventually a steadier rain will begin in southern Indiana and spread north through the night.  The northern flank of the rain will stall up north with a persistent rain falling Thursday morning area-wide.

Prepare for another cool start with areas of drizzle across the state. The radar does not show much activity, but it will be damp for many with patchy mist/drizzle for the morning commute. Kids waiting at the bus stop will want to wear layers as temperatures hold steady in the lower to mid-40s.

There will be some improvements this afternoon as sunshine breaks through the cloud cover for the first time since Saturday! Highs in the upper 50s are expected, which will be about 10 degrees higher compared to Tuesday's highs in the upper 40s.

Coolest afternoon here since May but warmer pattern emerges next week

Tuesday temperature in Indianapolis failed to reach 50-degrees, the first time since mid-May and the coolest for an afternoon since April 14th's high of 47° So is this chill early?

The temperature today was well off the normal of 61° but it is not uncommon to fall short of 50° this time of the year.  Scanning weather records – the average date of the first sub 50° day is October 24st – so not too far off track.  Last year it arrived on October 30th and the earliest came on September 22, 1913!