Only one week removed from 60+ degree warmth we have turned quite chilly.  For the second straight day the temperature has remaindered at or below freezing in Indianapolis.  We  dipped below freezing on Thursday at 1 PM and have not cracked the freezing mark since.

Colder air will remain in place tonight along with a few passing flurries.  Low temperatures early Saturday were the coldest in nearly three weeks (23°) and will likely reach the lower 20s again Sunday morning.  Brisk winds will produce a wind chill in the lower teens through sunrise. 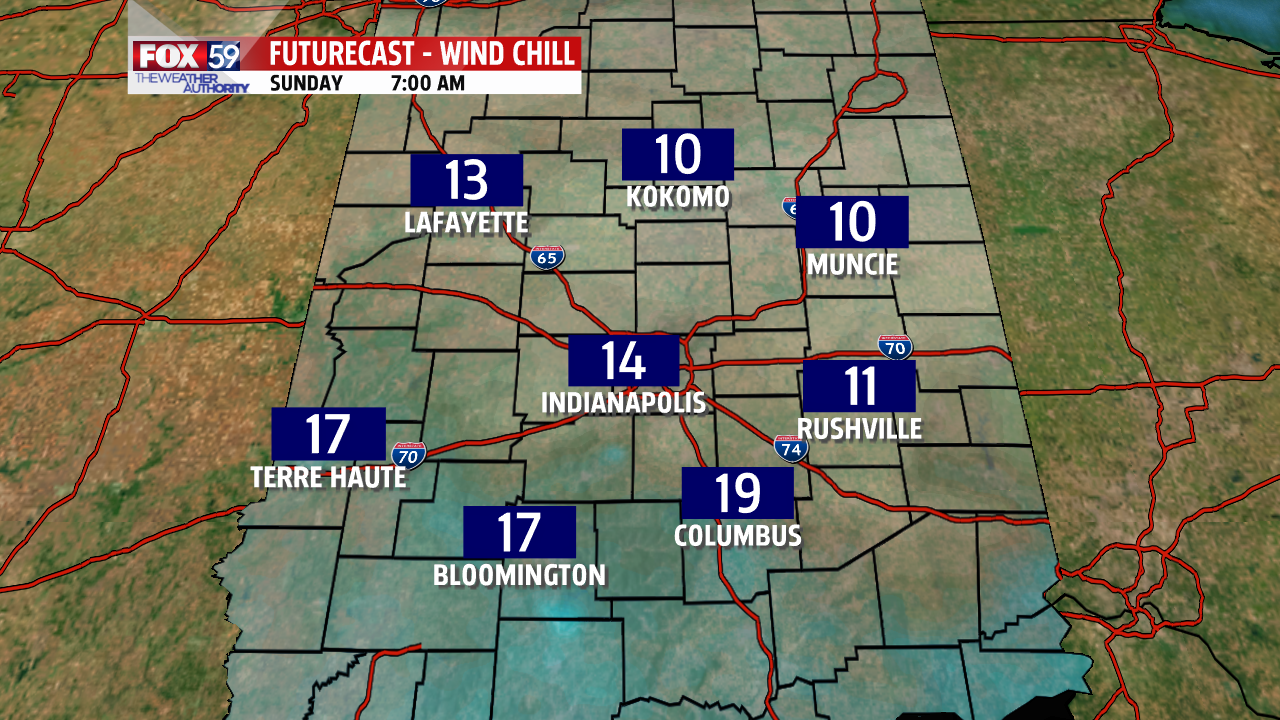 There will be many snow-free hours to start the day but snow showers will activate when an upper-air disturbance approaches and combined with peak ‘warming’ of the day.  Snow showers (scattered,sporadic bursts of snow fall) will become more numerous and more energetic by evening.  Locally as much as 1″ of snow could accumulate under repeat snow showers.  The amounts will vary widely – again do the scattered nature of the snow.  Slick conditions along with brief drops in visibility could is likely by sunset. 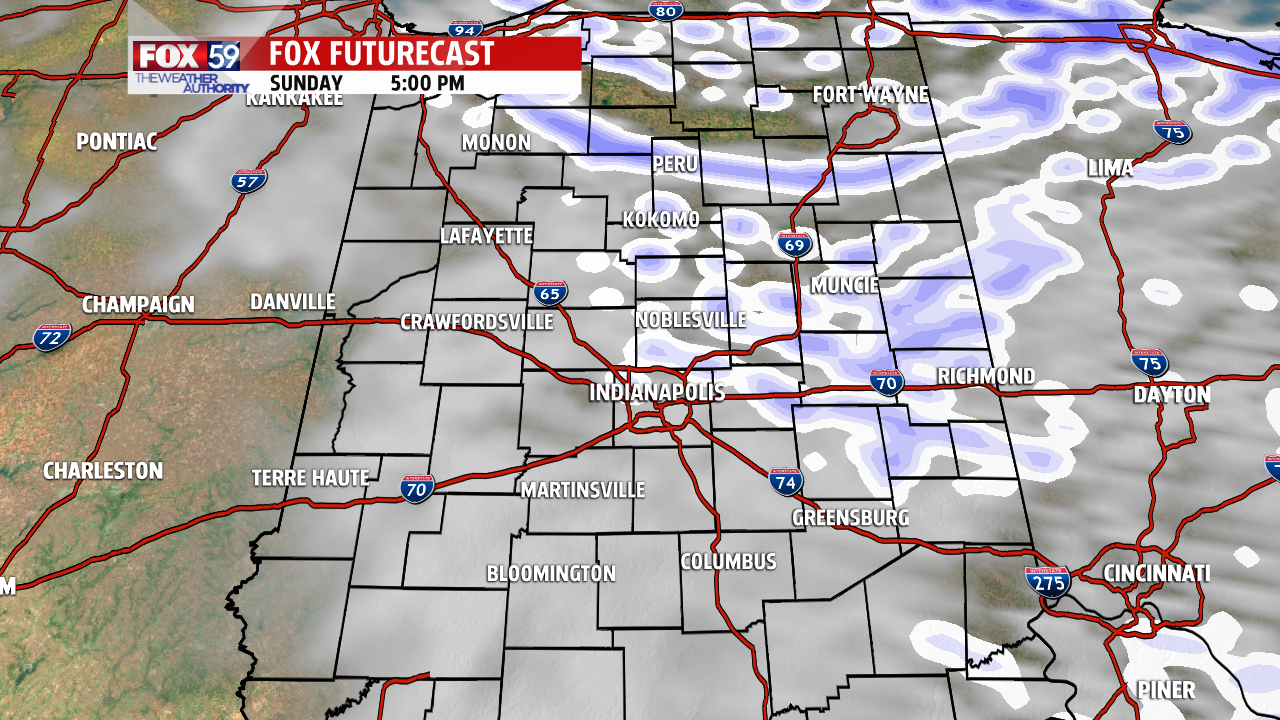 To date Indianapolis has only received 6.4″ of snow fall for the entire season and only 1.5″ for the month of January, that’s only 19% the normal snowfall.  Normally through the 29th of the month we have 7.7″.  Seasonal snowfall normally tops 15″.  January 2017 ties for 17th least snowiest on record. 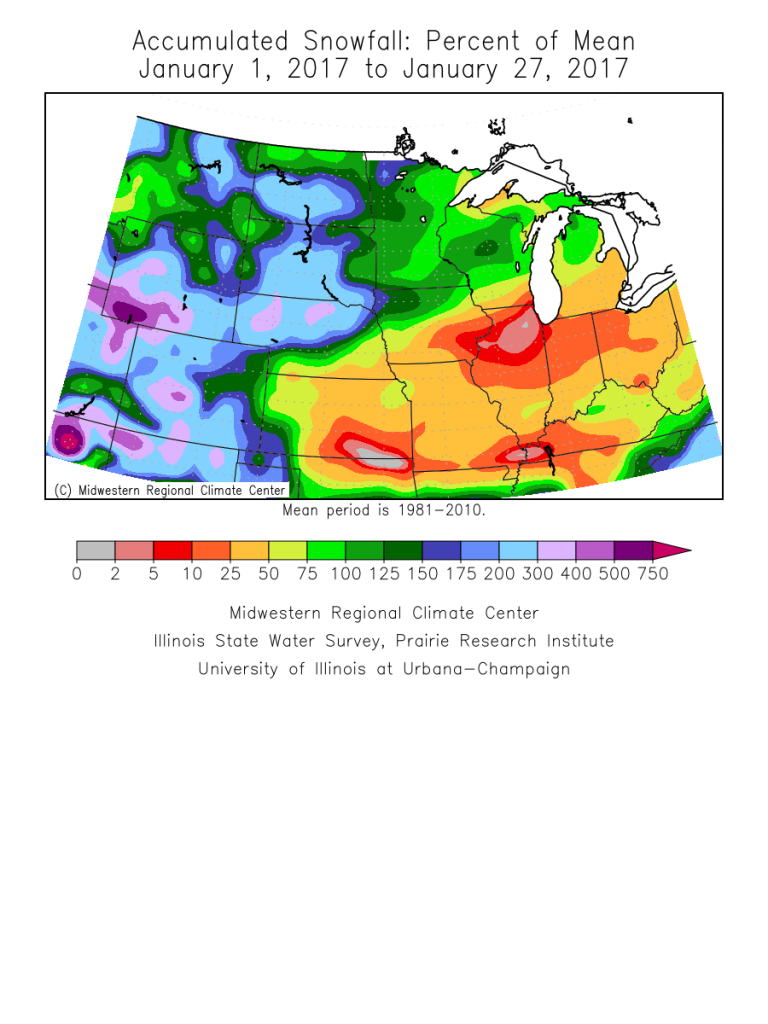 The Month of January will end chilly but the average temperature will remain warm enough to send this into the record books among the top 25 warmest.

Expect a clear and chilly start this Sunday morning. Patchy frost likely in spots this morning across our northern and eastern counties until 9am. Another good dose of sunshine for today, as temperatures return to the lower 60's this afternoon. Clouds will begin to gather by mid to late afternoon, while winds remain light from the southwest at 5-10 mph.

Showers will be likely this evening, especially for the southern half of Indiana (including downtown Indianapolis). A few isolated storms could be in the mix across the southern 1/3 of the state with lightning and a heavier downpour. All rain should be exiting in the overnight.

It's going to be a chilly night across central Indiana. A Frost Advisory has been issued for our north and eastern counties beginning at 2 O'clock Sunday morning and lasting through AM. Clearing skies tonight will aid in the quickly falling temperatures as they drop into the 30s tonight. This could cause damage to any sensitive vegetation you have outdoors. Cover up these plants or bring them indoors, if you can.

Skies will start to cloud back up Sunday morning and rain chances will return before the weekend is out. Don't worry, there will still be plenty of dry time. Showers will hold off until the afternoon tomorrow and be isolated to widely scattered in nature.

Spotty showers have arrived in southern half of the viewing area this morning. Light showers and sprinkles are going to be possible on-and-off throughout the day today. Thunderstorms and heavy rain are not expected with this weekend’s rain chances.

If your plans take you outdoors, just keep an eye on the radar and know that a few showers may pass at times this afternoon. Skies will be mostly cloudy, which will keep temperatures in the mid to upper 50s.

Will your kids need to be vaccinated?

These are the victims of the Indianapolis FedEx mass shooting