Skip to content
Breaking News
Breaking News
Silver Alert issued for missing teen from Ingalls
Watch Live
Watch Live
FOX59 Morning News
This is an archived article and the information in the article may be outdated. Please look at the time stamp on the story to see when it was last updated.

Not quite to the half way point of February and we’ve already moved up to the 5th wettest February to date on record.  Rain and snow has been recorded seven of the past eight days bringing the total for the month to 2.94″.  This is the wettest February through the 11th of the month in 54 years (1965)

More rain moving in tonight and it will be a steady,drenching through the night.  Rainfall coverage will reach nearly 100% of the area late tonight then cut off sharply after the Tuesday morning commute.  New rainfall totals of over 1″ is likely with higher totals to target the already waterlogged counties of Monroe, Brown, Johnson, Lawrence, Jackson and Jennings.  A areal flood watch is once again issued through Tuesday afternoon. 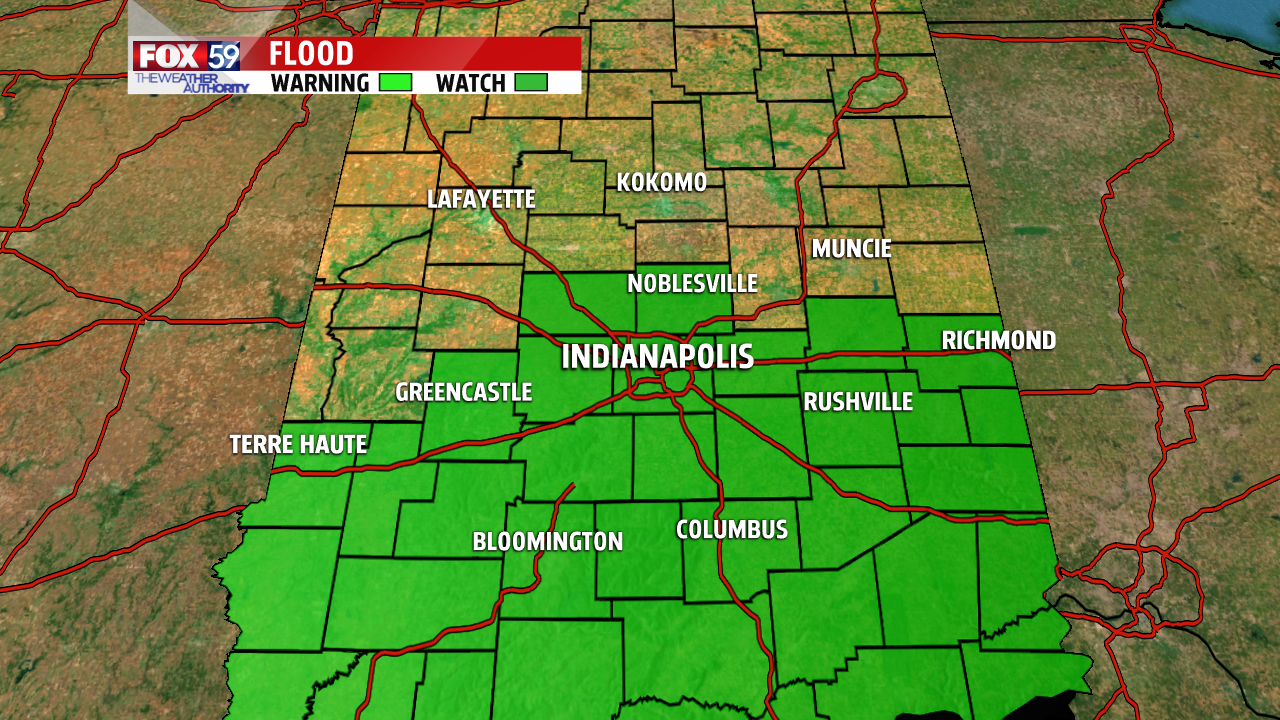 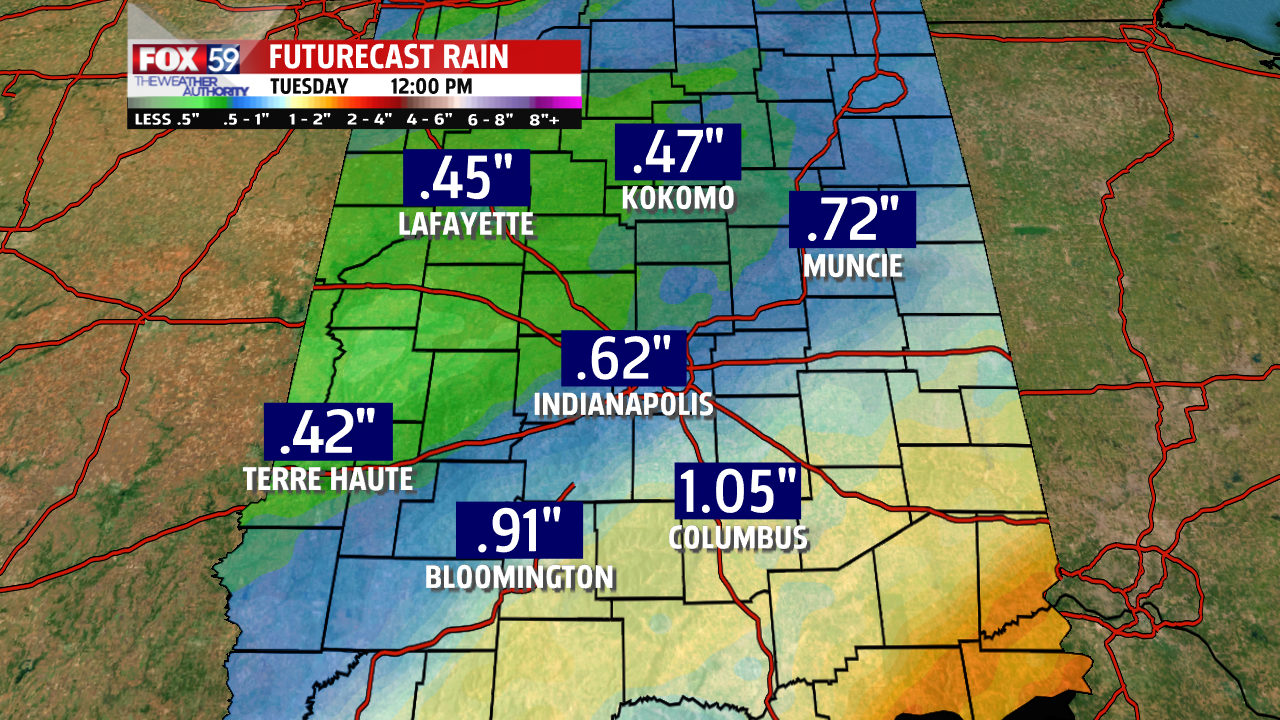 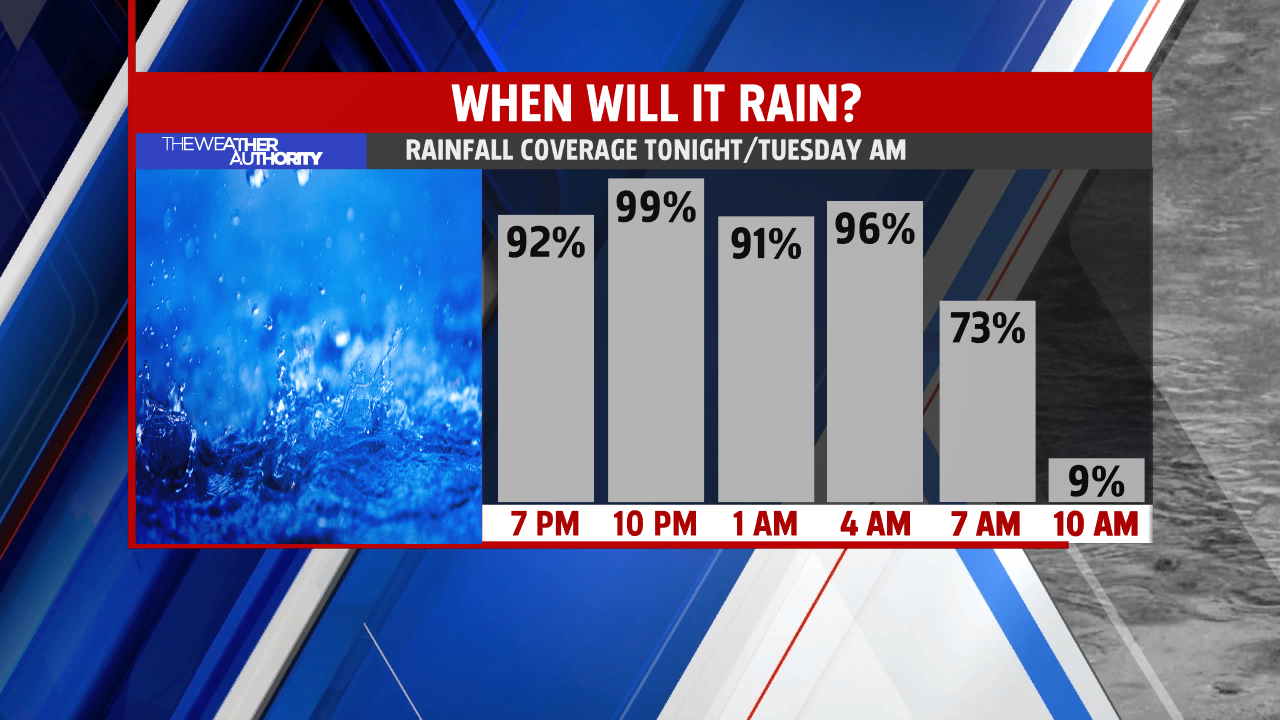 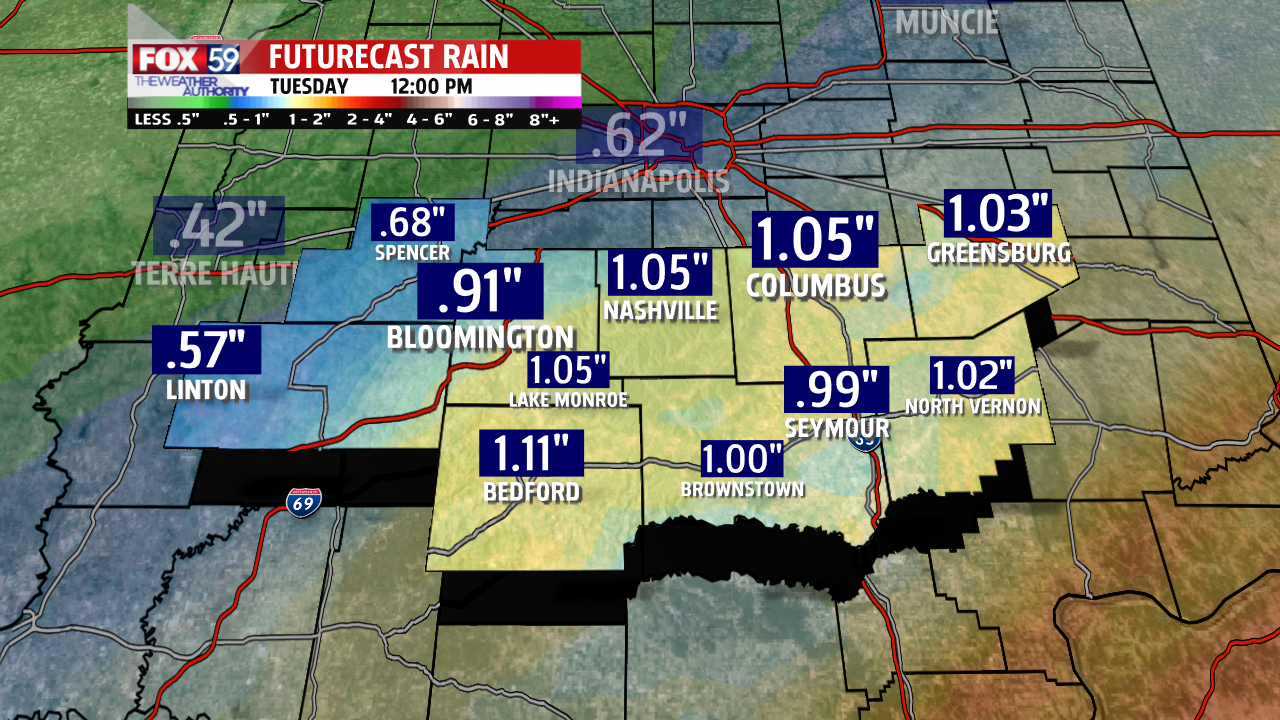 Winds will shift Tuesday and once again temperatures are set to fall quickly behind the departing storm system.  Snow showers will develop and become more numerous by evening leading to the possibility of more slick spots.  Accumulation will be on the light side, a coating possible but a few localized one-inch total are possible. 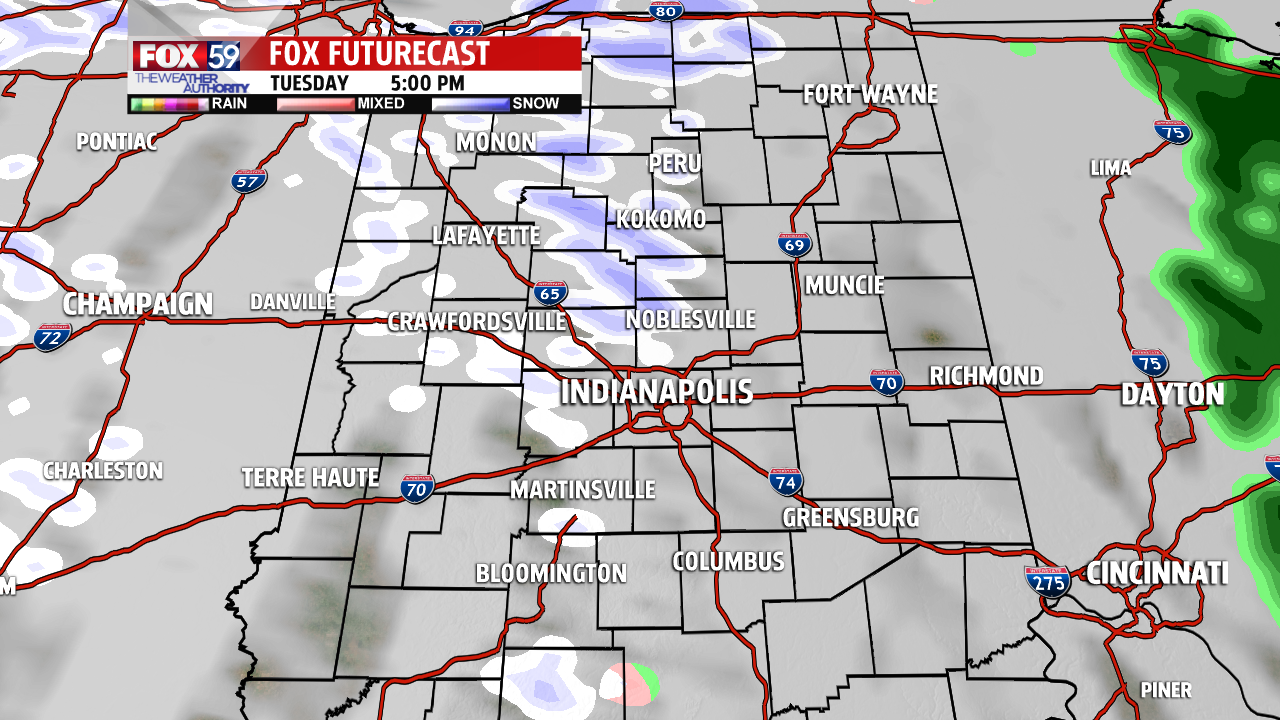 We’ve had some very paltry snow seasons through February for he last several years.  Sunday’s 1.1″ total brought the seasonal snowfall to 14.6″ – the most in Indianapolis in five years to date!  We are still nearly 5″ below normal and ranks middle of the pack on record.  This is the most snowfall to date since 2014’s 45.1″ of snowfall – the 3rd largest total on record. 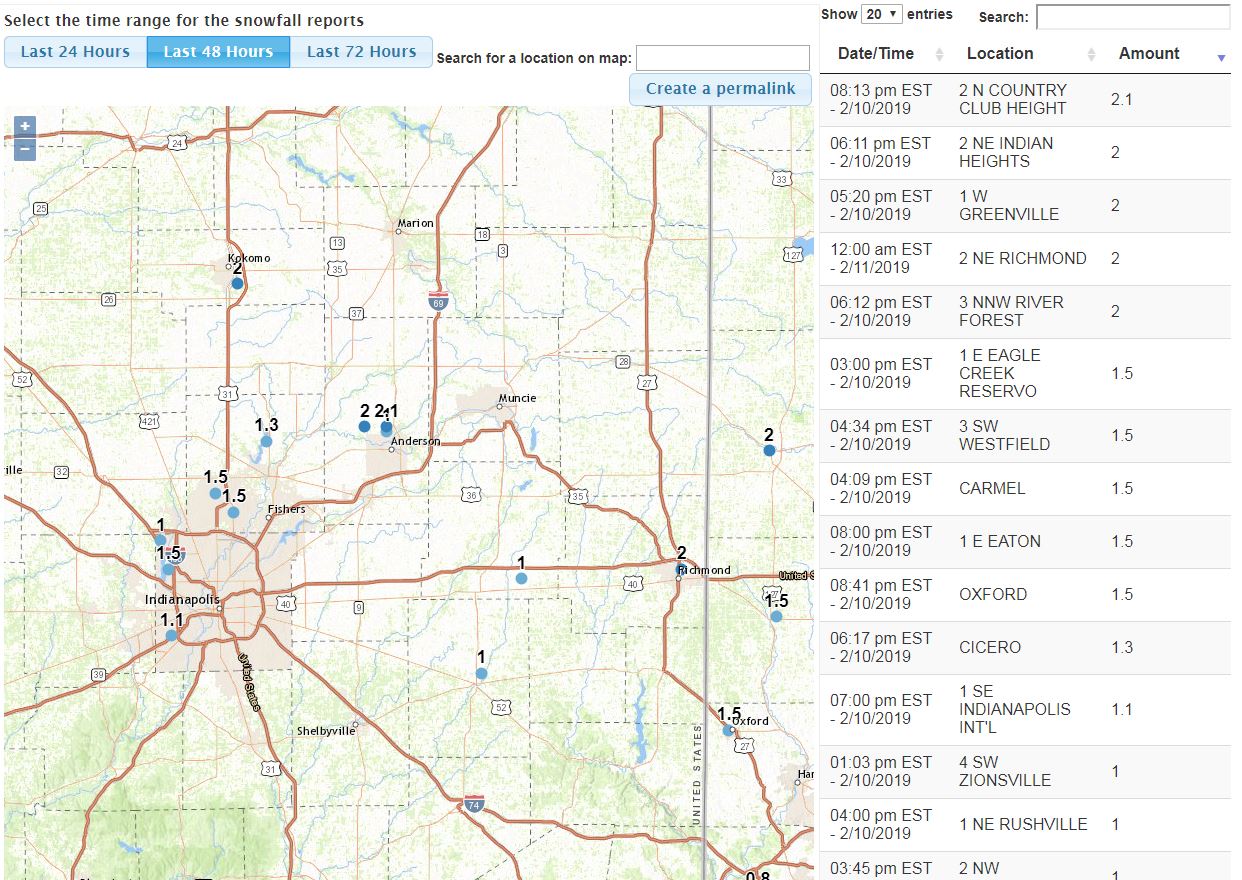 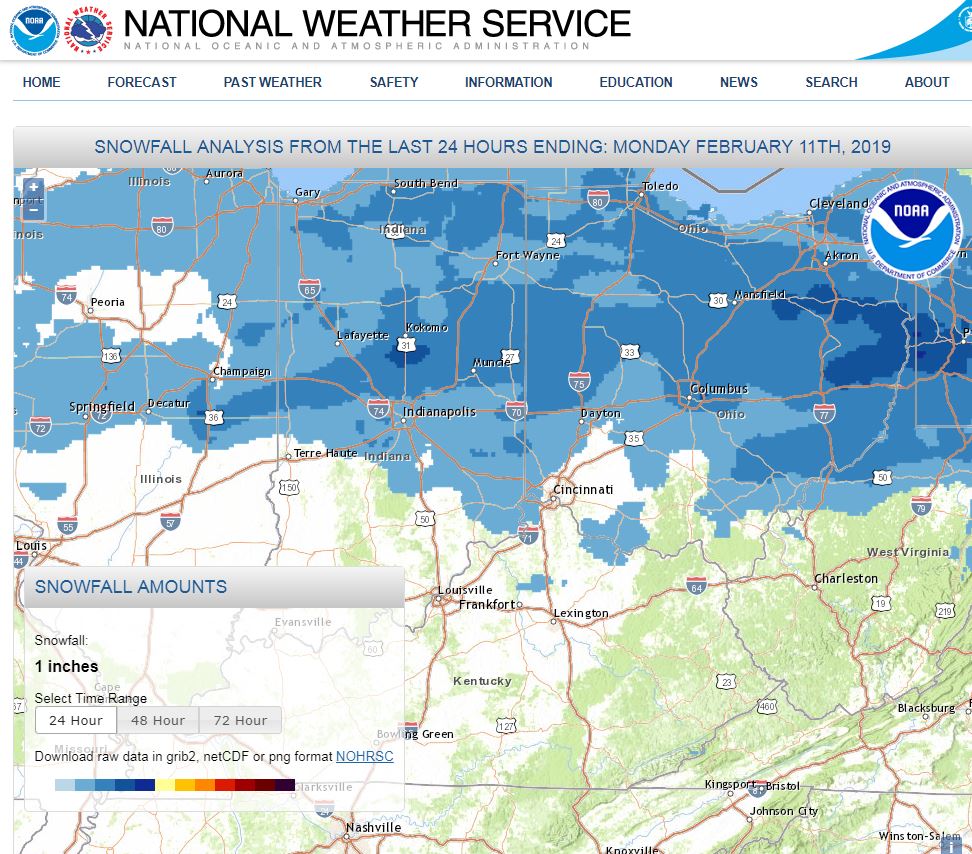 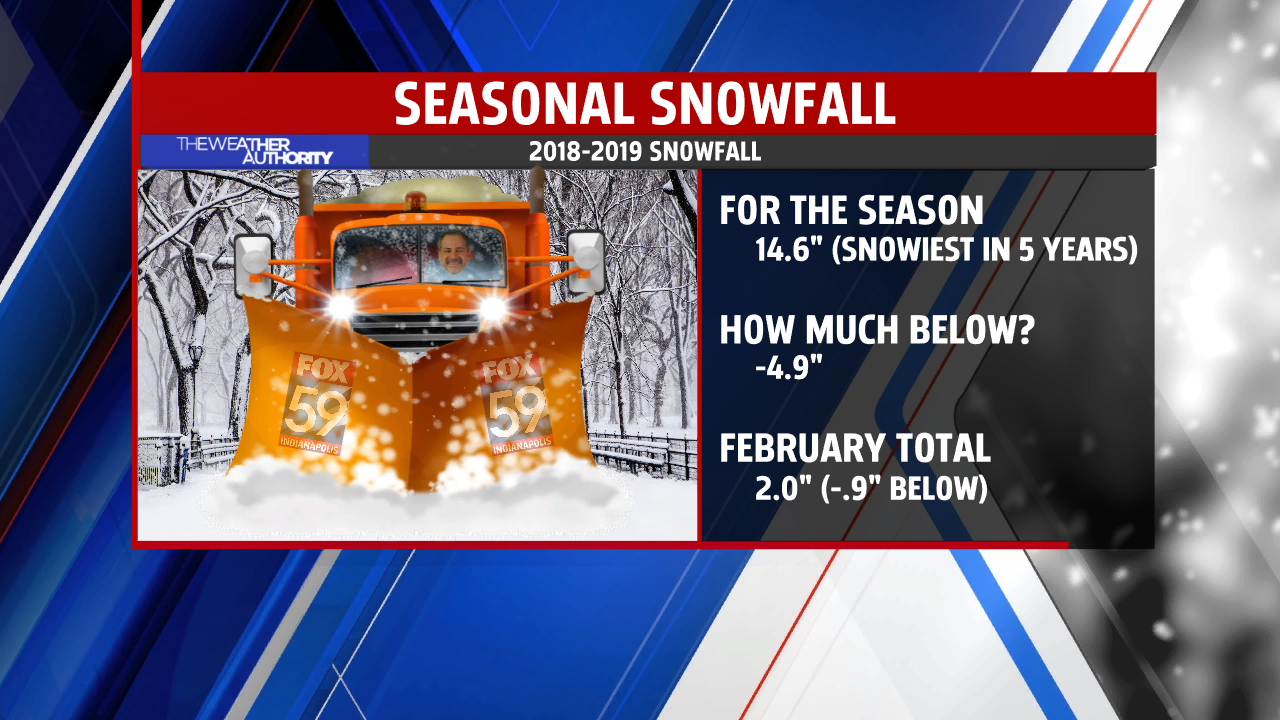 We are not out of the active pattern just yet!  A new round of rain, wind rising and falling temperatures ending with snow is likely to unfold again late this week.  The next system arrives Thursday with temperatures rising into the 50s and rain not far behind. 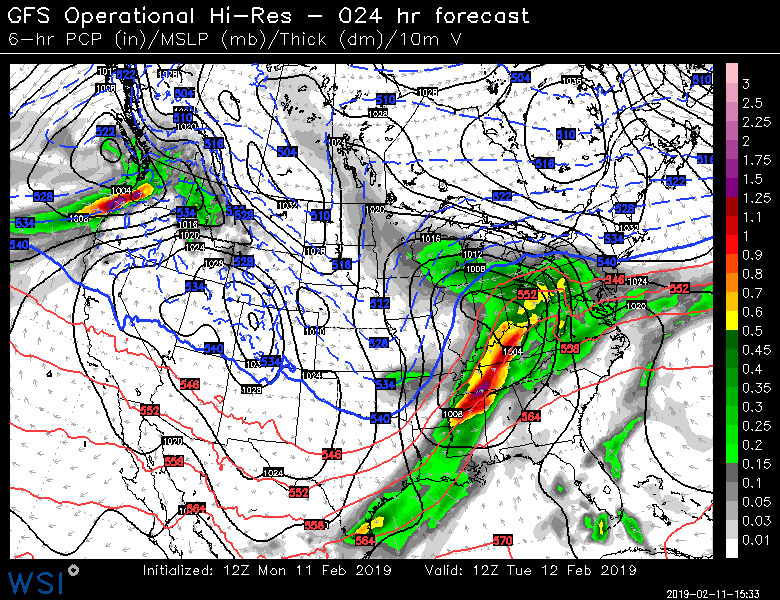 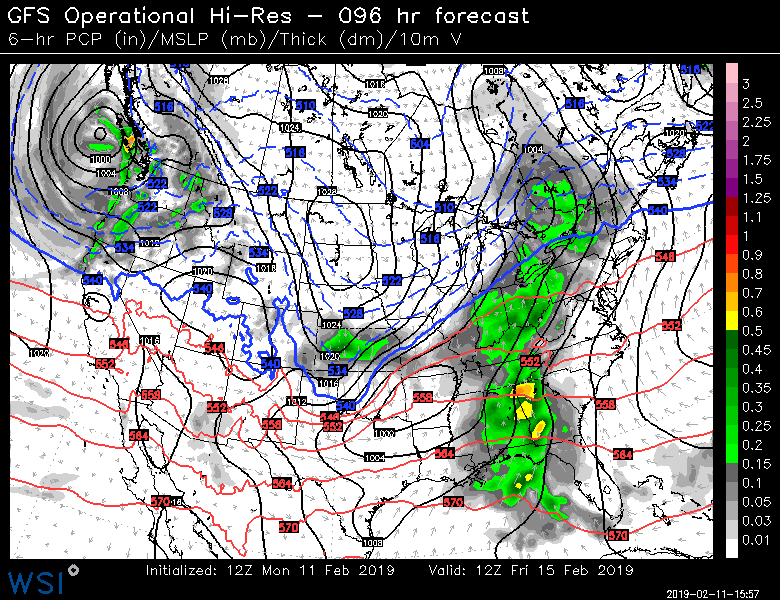 February is currently running on the warmer side, just over 5° per day above normal.  Colder air is scheduled to spill and hold in the western U.S. and begin a push east starting this weekend.  A turn to a colder than normal pattern is looking likely for the second half of the month.

We will monitor trends. 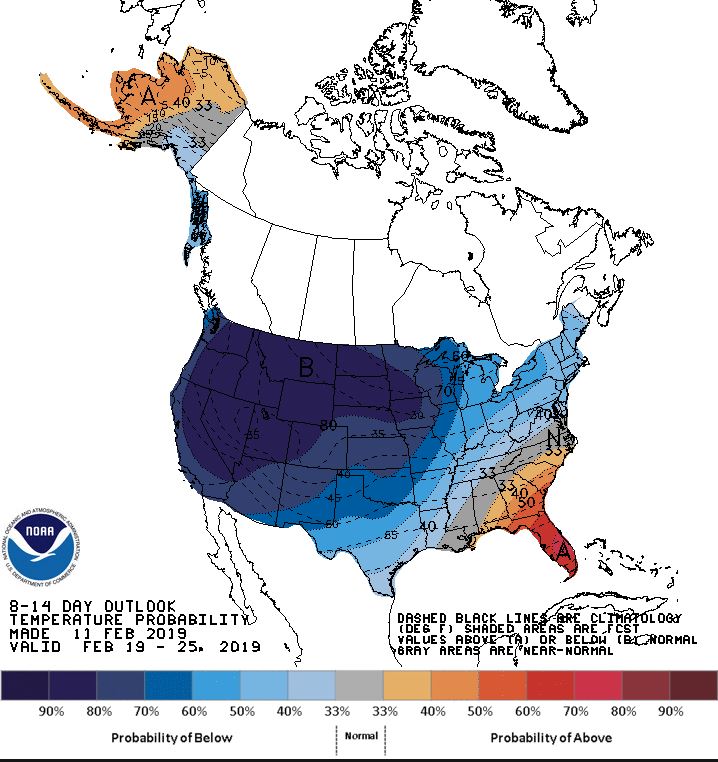