The low temperatures dipped to the lower 20s early Monday morning after the coldest afternoon in nearly three weeks. The low Monday of 24° is the coldest for an April 1 morning in 55 years! The chill is impressive with only 7 other April 1s this cold or colder. The record low for the date was set in in 1923 and 1881 of 20°.

It is the second straight year that Old Man Winter has played an April Fools’ Day joke on central Indiana. Last April over 2″ of snow fell making it the snowiest open on record to the Month. 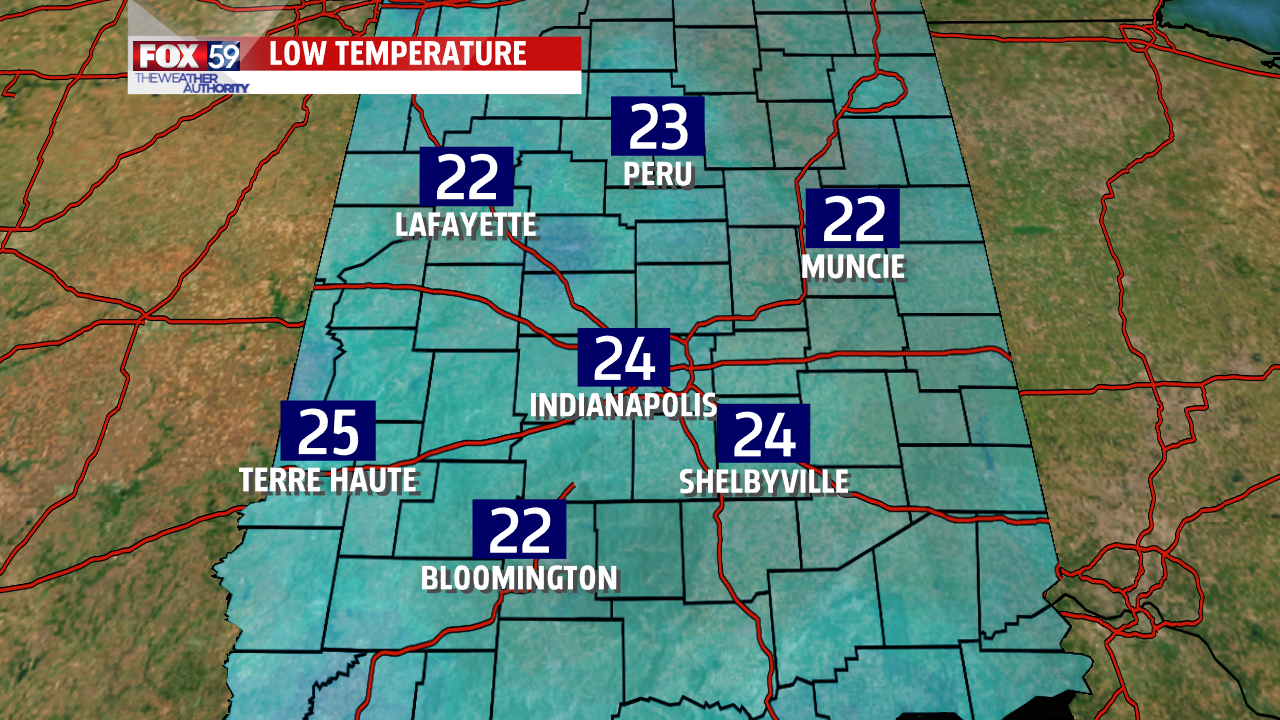 April is the second fastest month the warm with and average high of 58-degrees on the first, we warm to 68-degrees on the 30th. We gain an additional one hour and twelve minutes of daylight. 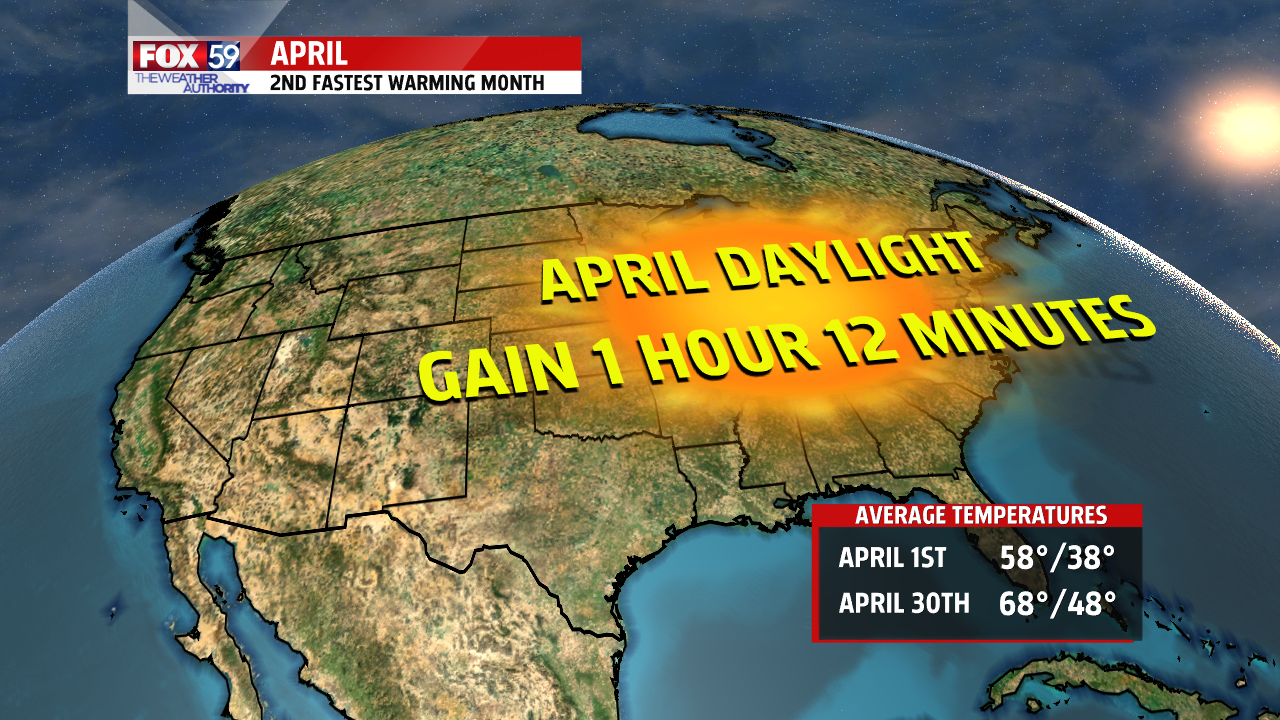 April can take some wild swings in the temperature department. The all-time warmest 90-degrees was set in 1942 while the coldest April low is 18-degrees set in 1997. 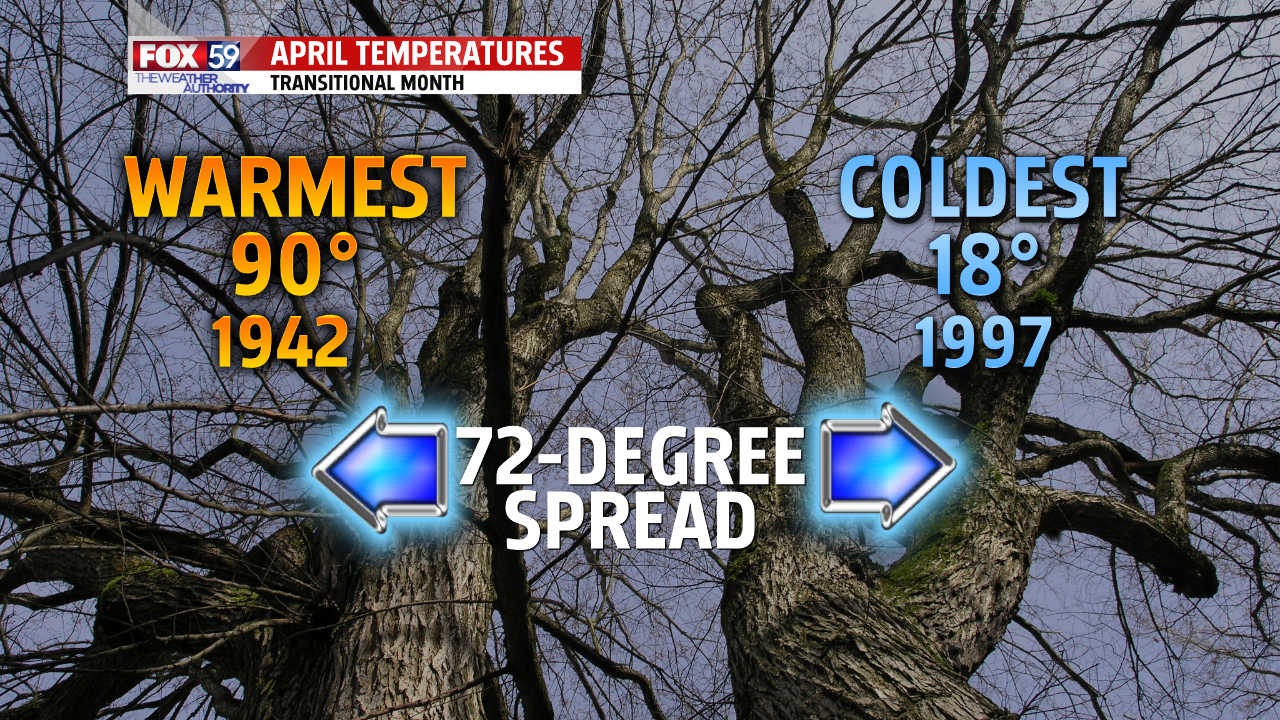 Spring 2019 so far has been chilly and many may feel it has been to date a bit of a dud! We haven’t had any extended spells of warmth with nearly 80 percent of the days below normal since March 1.

There are indications that the month will trend warmer in the coming days and weeks with a higher probability of above normal temperatures expected. 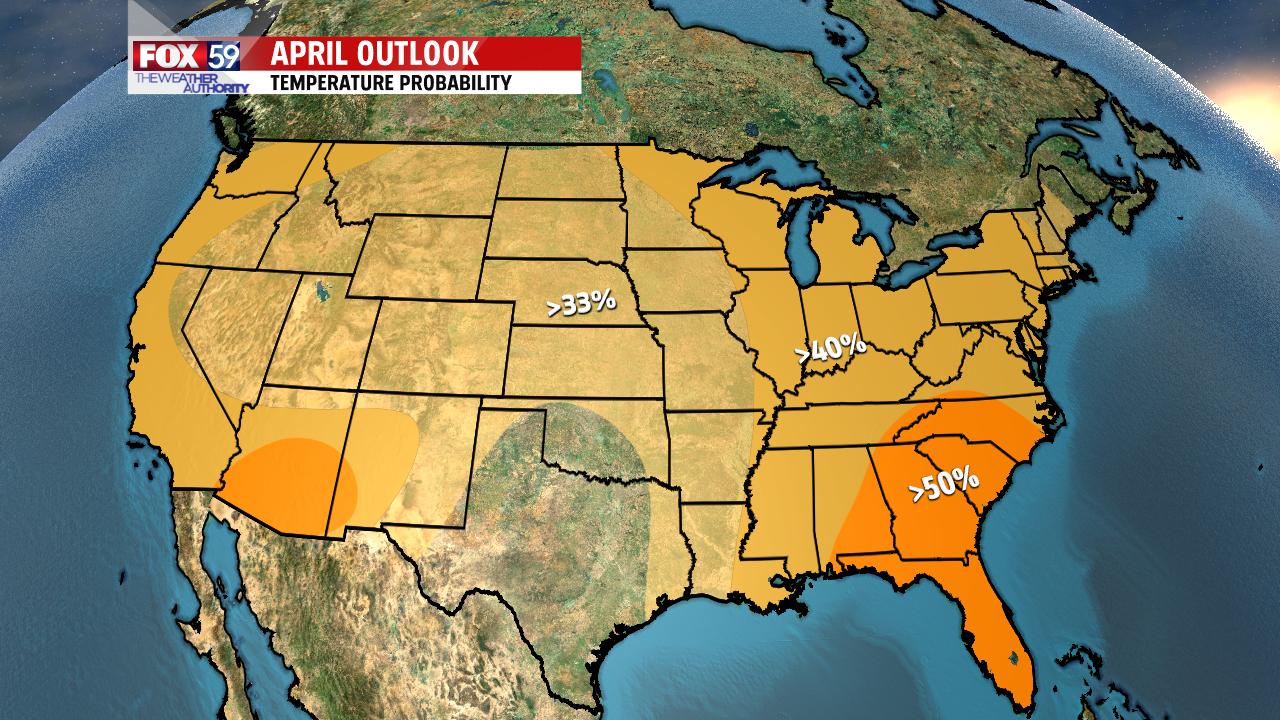 GOOD RAIN FOR SOME

The recent rainfall has gone a long way to easing the drought conditions in central Indiana but is it enough.  For some yes.  We’ve just completed four straight days with measurable rainfall in Indianapolis – the first time since late July into early August with a stretch this long.  The four day total of 2.76” is significant but we are still at a substantial deficit through Wednesday evening.

Flooding a concern this morning; seasonal temperatures return in the afternoon

Showers and thunderstorms are traveling over central Indiana this Wednesday morning. Many communities around the area likely heard several rumbles of thunder overnight with the frontal system. Heavy bands of rain set up just north of Interstate 70 last night with some locations potentially seeing nearly 3" of rainfall in a 24-hour period!

The impressive rain totals will help with the rainfall deficit that has developed since late August. However, the heavy rain will also make flooding a concern for the Wednesday morning rush hour. Watch for ponding on the roads, especially before sunrise because the water may be difficult to see!

For the first time since late July and early August, Indianapolis has received three straight days of measurable rainfall.  The three day total of 1.34” is welcomed!  Since mid-August we are still at a terrible deficit of as much as 5”.  The recent rainfall has helped and with the new rain and the likelihood of additional rainfall, several counties have removed the county-wide burn bans.  Parke county along with Wayne and Union have also been removed.

Many in US distrust campaign info, poll finds

Indy Snow Force getting ready for the winter

$40,000 being transferred to Carmel Police budget for anti-racism training

Why Indiana’s election results may be delayed