While absent this November thus far, November storms are quite common – in fact on this date 41 years ago, the historic sinking of the Edmund Fitzgerald occurred.

November ‘bombs’ – a term meteorologist describe when storm central pressures drop drastically in a short period of time are frequent during the late autumn.  On that day the storm intensified quickly dropping central pressures to hurricane levels. 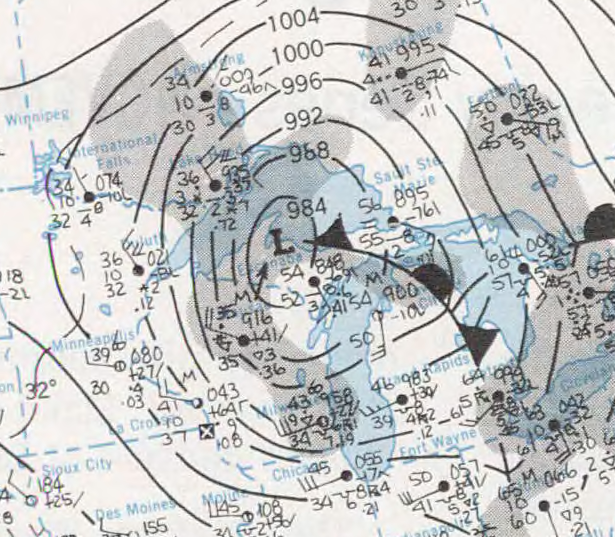 The storm is the immortalized by the Gordon Lightfoot song released in 1976.

Other notable November storms occurred in 1913 when 19 ships were lost and 250 people died, The Armistice storm of 1940 killed 66.  A similar storm track and pressure drop to that of the 1975 storm occurred in 1998.  Improving weather forecasts likely prevented loss of life – but damage was widespread.