We’ve had a dip in the temperatures recently but it was expected. We ended an incredible streak of consecutive days above normal on Friday, and today marked the first time with back-to-back days below normal since mid-December. We all know it can be a lot worse.

We’ve hit prime-time for the coldest stretch of the year.

It was on this date in 1985 that Indianapolis set the all-time coldest maximum temperature of -11°!

We average three nights at zero-degrees or colder annually. 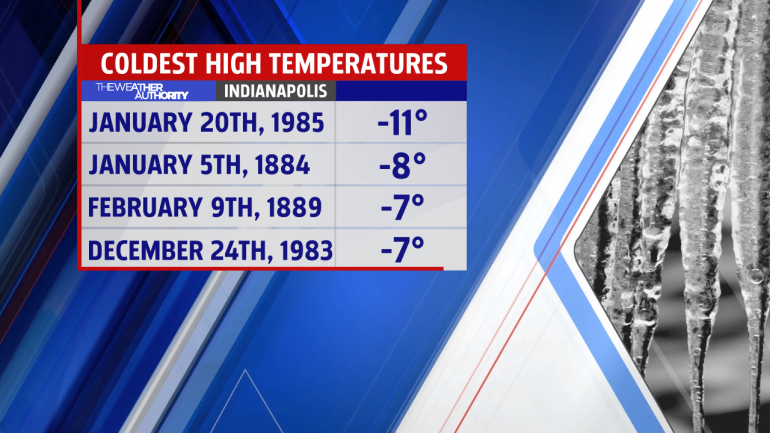