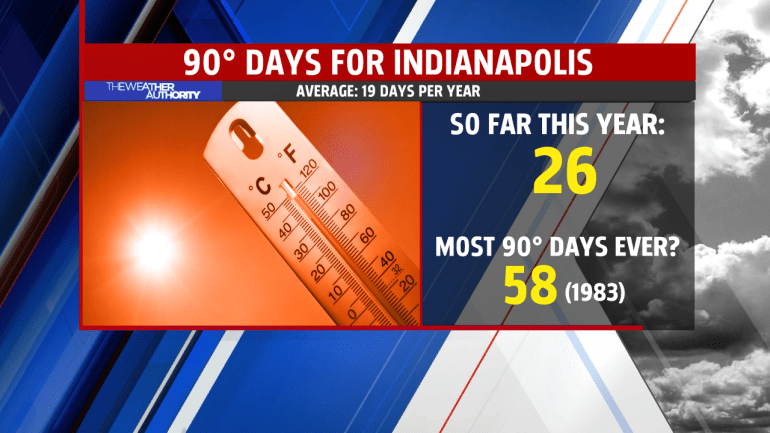 The 90-degree heat has likely ended for 2019. Indianapolis reached the 90-degree mark 26 times this year, ending the summer season above average. The average number of 90-degree days each year for Indianapolis is 19. 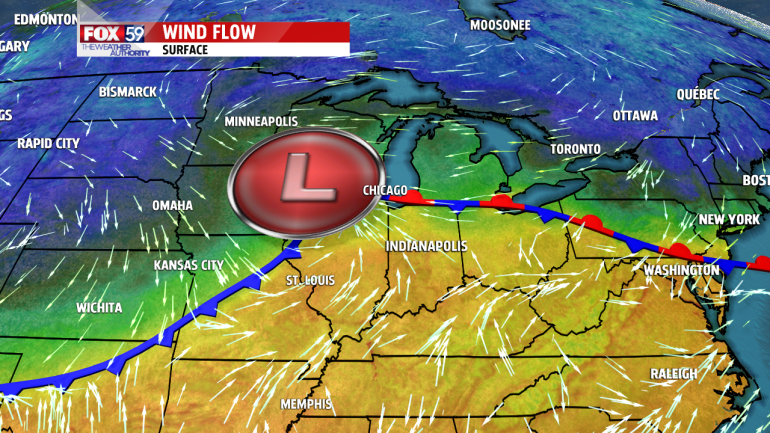 The additional cloud cover and approaching showers will prevent temperatures from rising back into the 90s this afternoon. Highs are going to be about 10 degrees cooler, but still above the normal high of 70°. Indianapolis should bump into the lower 80s early in the afternoon before the cold front moves over the state! Behind the boundary, temperatures will begin to decline. 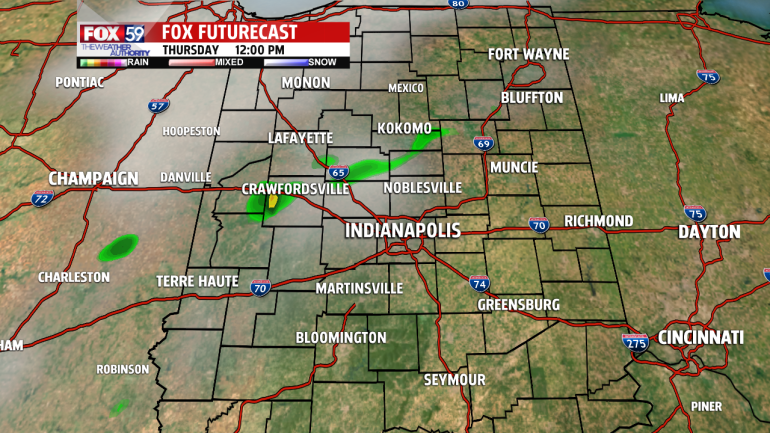 A few spotty showers may develop along the cold front today, but the rain chances will be very limited. Skies will remain partly sunny as the wind shift occurs in the afternoon. Winds could gust up to 25-30 mph out of the northwest by the evening rush hour. 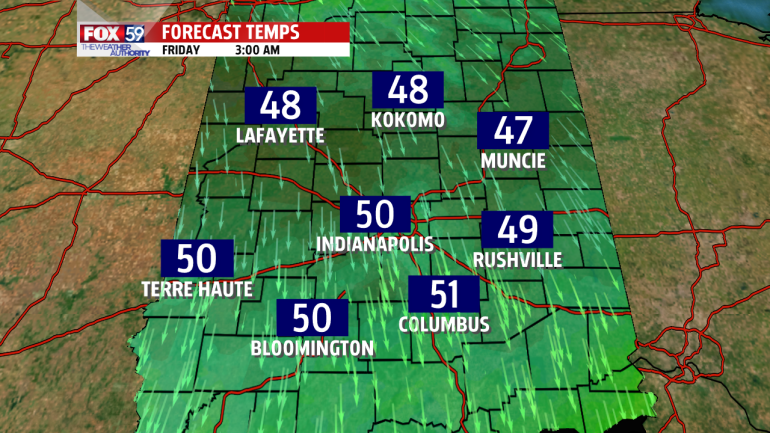 Temperatures will take a plunge overnight and there will be a refreshing change as we close the work week. Highs will only reach the upper 60s tomorrow, which is more seasonal for early October. Shower chances are also going to hold off until Sunday morning. 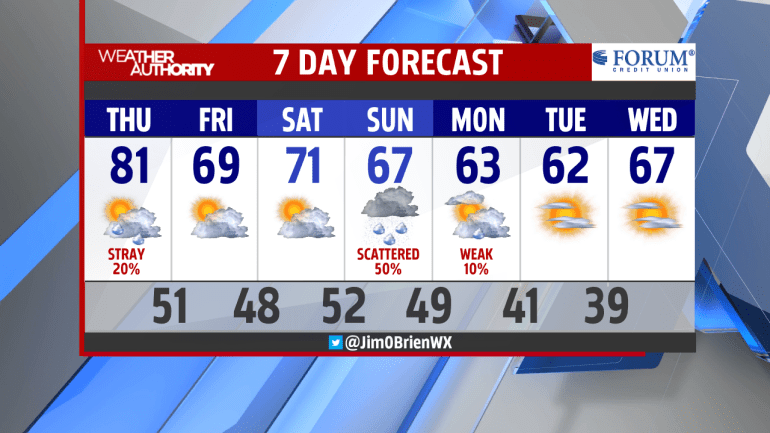