NO RAIN FOR DAYS
It will get worse before it gets better. We have had only .66" of rain this month and the deficit grows to over 4" past 2 months. With no rain in the forecast, September 2017 will end tied as the 5th driest ever!
Only 16  (10%) of the September's on record have failed to produce 1" of rainfall, this is the first since 2010. 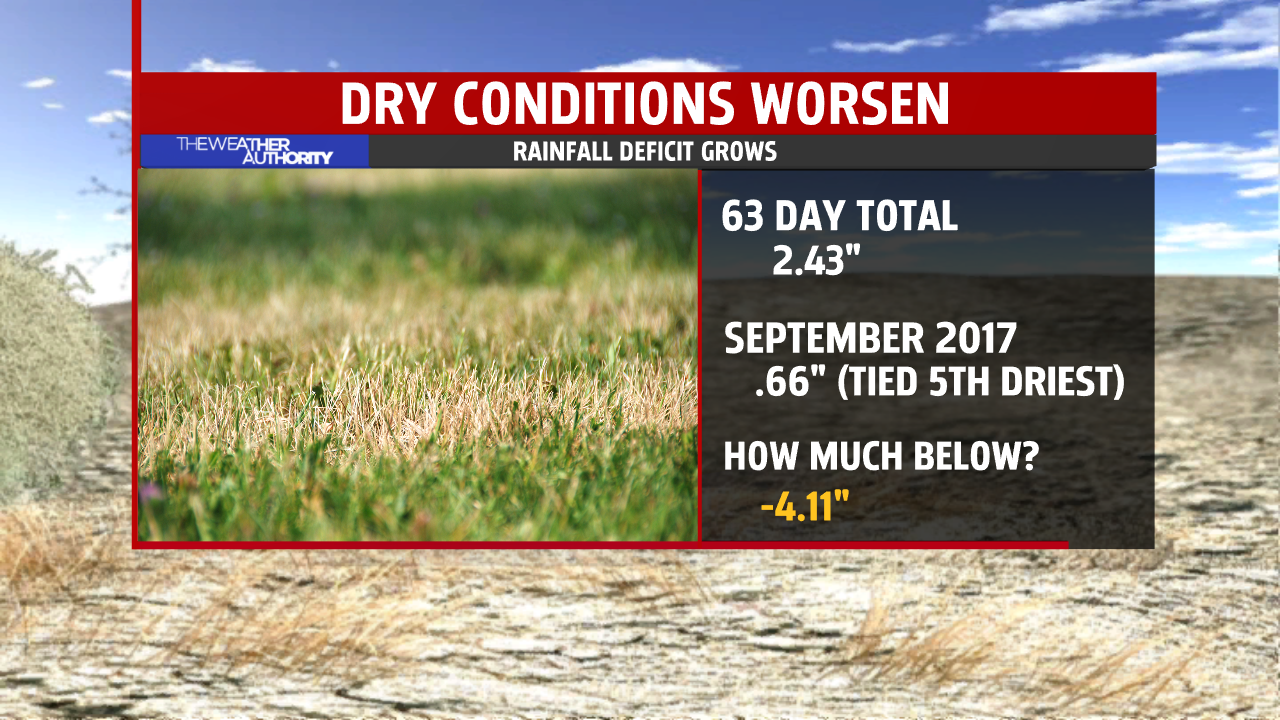 DROUGHT index update:  Now 38% of the state is considered 'abnormally dry' and Moderate drought conditions grow slightly up from last week. The estimated population in drought in Indiana is nearing near 400,000. 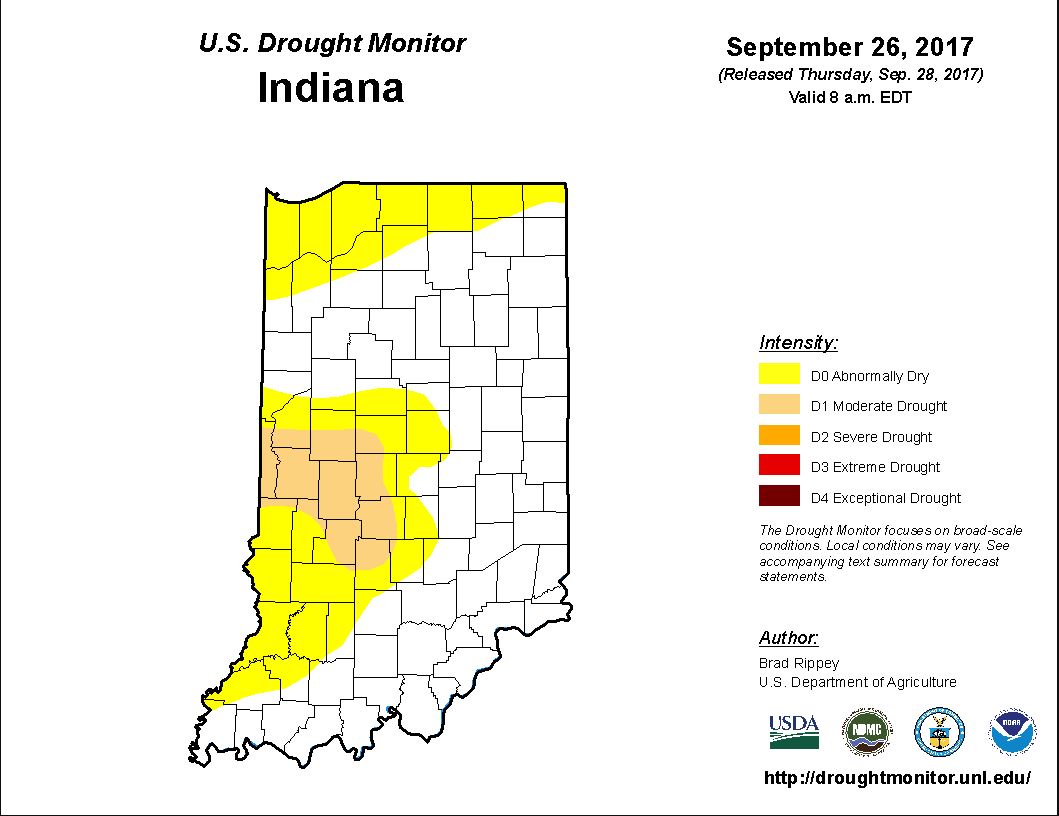 I sorry to report that we have no real rain chances in the forecast for days! The next chance is a week from today and a cold front sweeps the state and those rains look rather meager. We will monitor and be sure to check back for updates. Otherwise keep on watering. 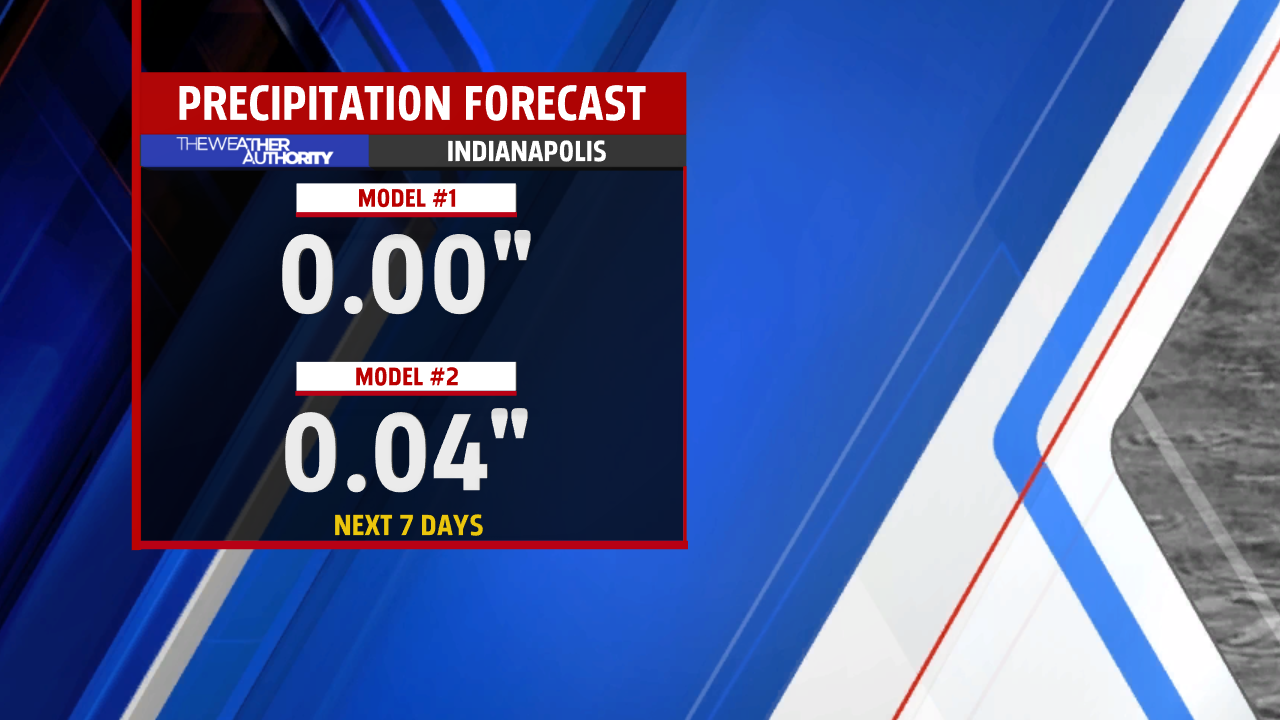