Do you remember where you were on this day 17 years ago?

You may feel that severe weather season is over for the year as the start of fall is just days away, but storms and the threat of severe weather can linger into autumn.

It was on this night a tornado hit the YMCA on the south side of Indianapolis and leveled buildings on the southeast side and continued to do significant damage all the way up into Blackford County.

The track was second-longest ever in Indiana history at 112 miles.

It started in Ellettsville (Monroe County) and moved up through Greenwood (Johnson County), the east side of Indianapolis, Beech Grove (Marion County), McCordsville (Hancock County) and ended in Hartford city (Blackford County).

The tornado was rated (then) F3 intensity in Ellettsville, Martinsville, and Greenwood, with winds of 160 mph.

We were on air for several hours that day covering the storm. 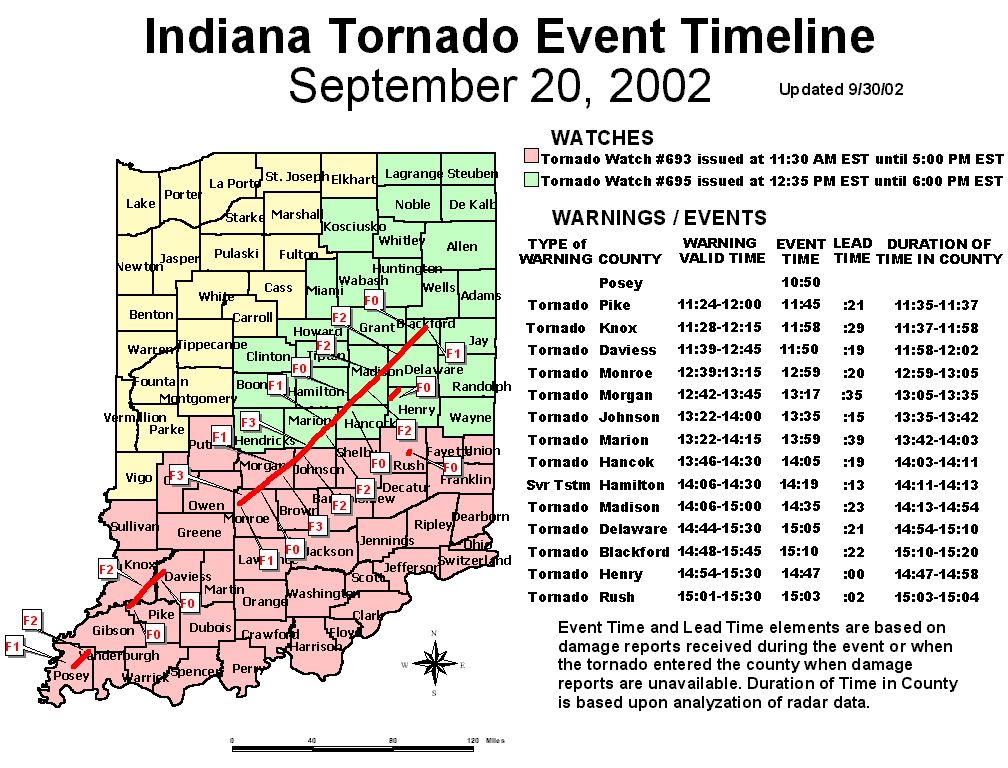 Below are some of the images from that day, including the tattered McDonald’s sign in Martinsville along with the heavily damaged Greenwood Place Shopping Center.

When it was over, 130 people were injured and $156 million in damage was reported. Most importantly: there were no fatalities. 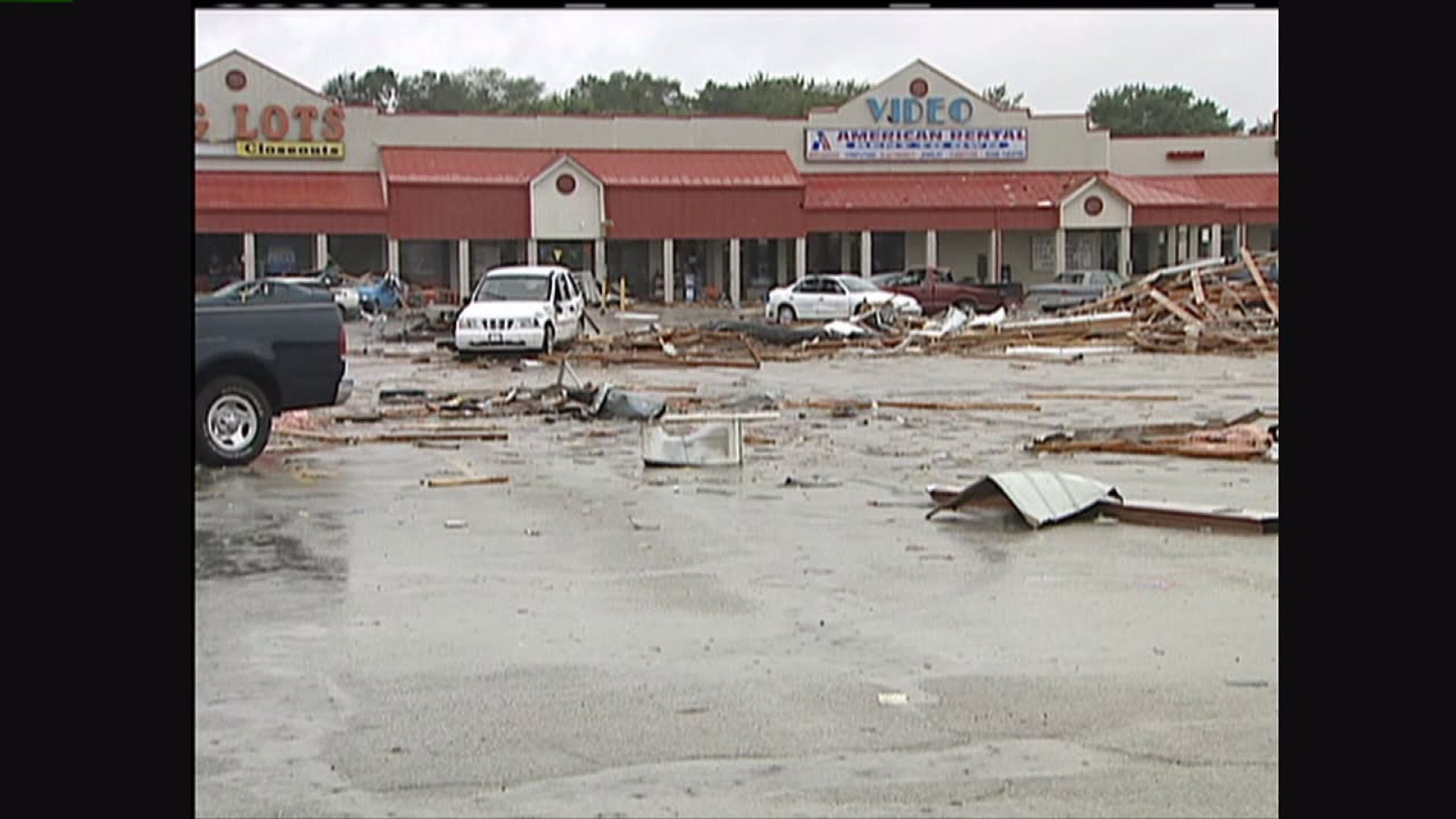 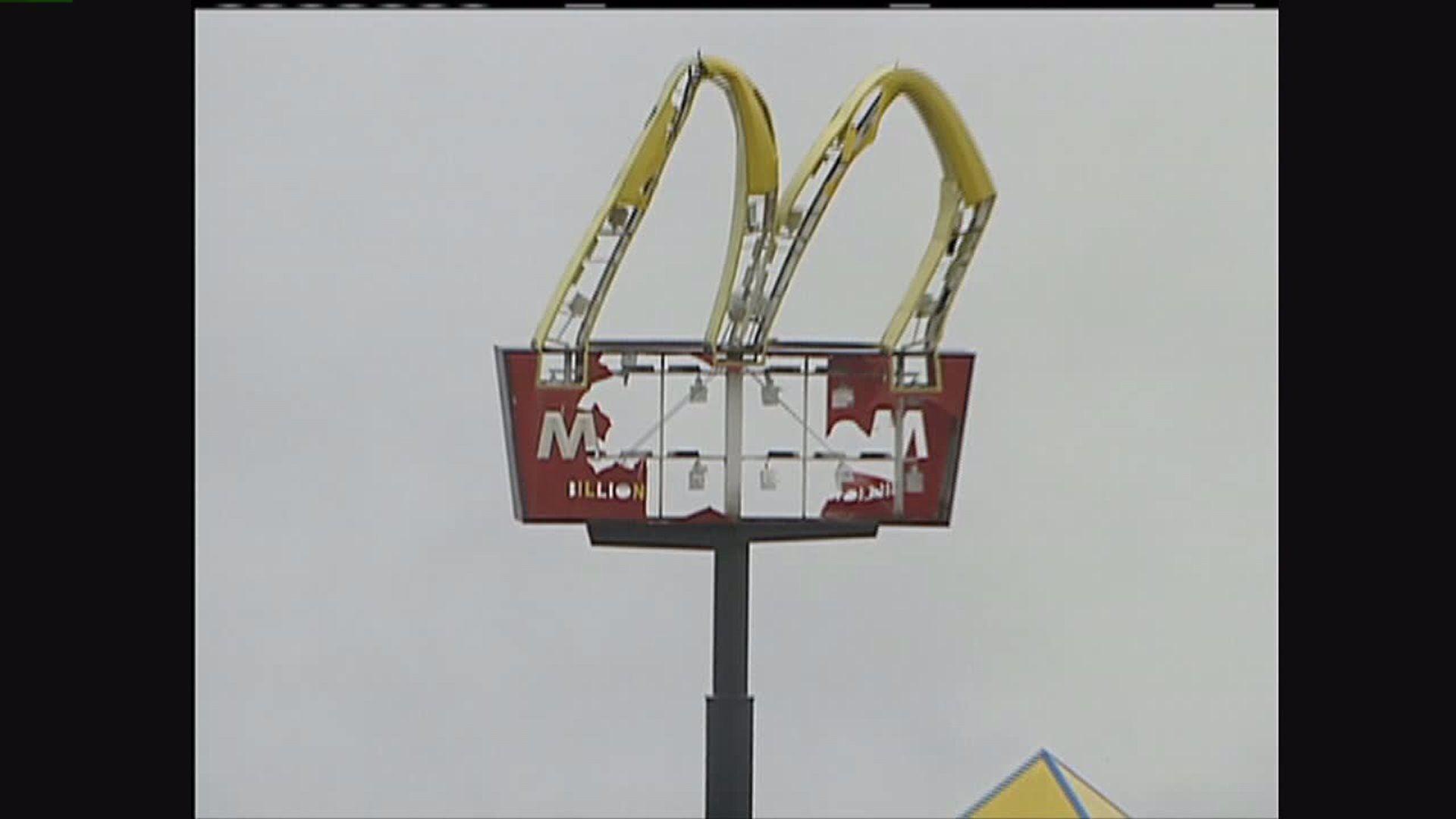