Skip to content
Watch Live
Watch Live
FOX59 News at Seven
This is an archived article and the information in the article may be outdated. Please look at the time stamp on the story to see when it was last updated.

SHOWERS THIS EVENING
We reinforce the cool air as a front dips south this evening. There are a few showers and a couple of thunderstorms northwest and will reach central Indiana before diminishing completely by 11 - 12 am. 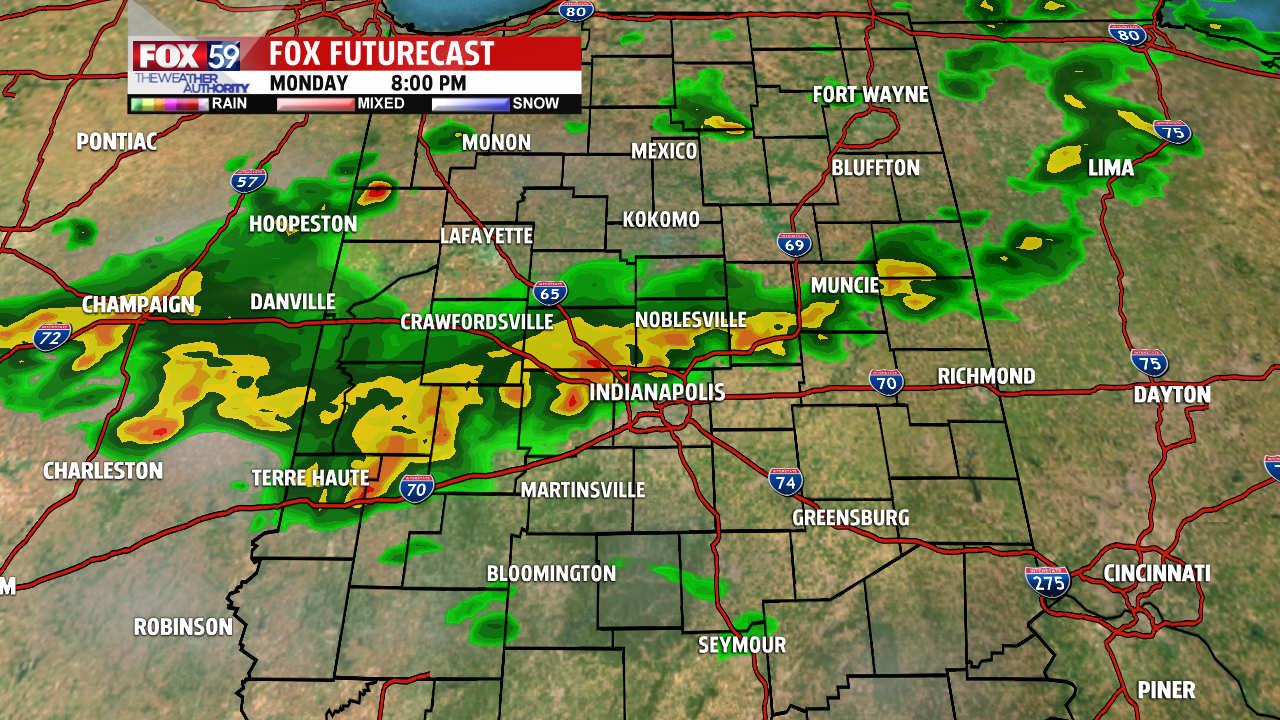 SEPTEMBER-LIKE
Fast forward 3 months and this is the weather we get. Temperatures were at September 24th levels Monday afternoon, the normal high is 85-degrees.  Even cooler tonight! 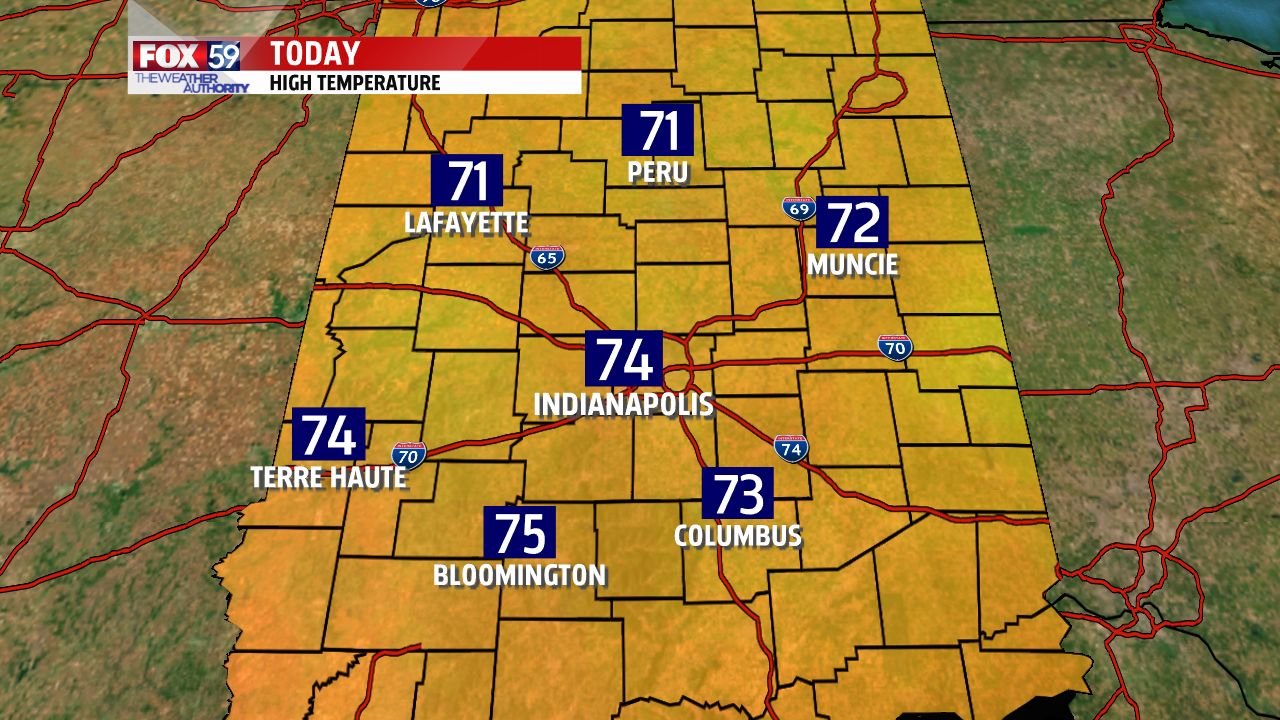 NEARING RECORD LOWS
The work week opened rather chilly Monday with portions of western Indiana starting in the upper 40s.  We will beat many of the early Monday low temps on Tuesday.  The rare 40s in late June included 48-degrees in Rockville. 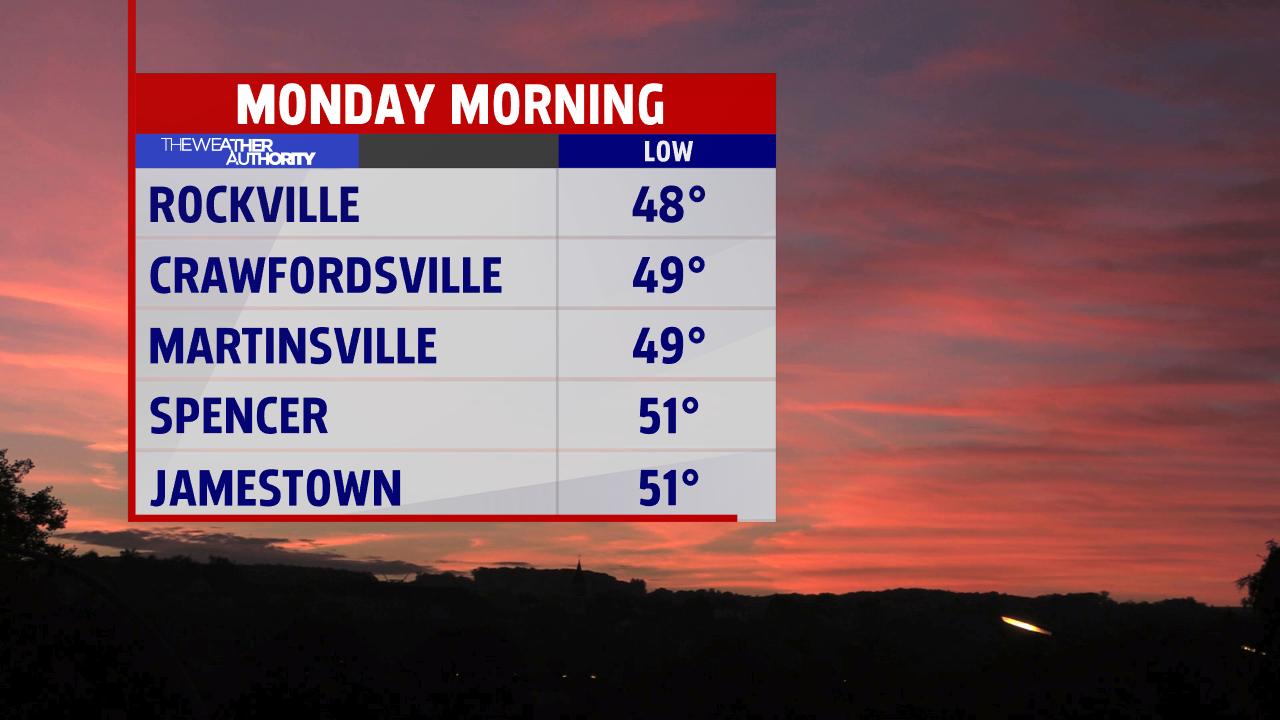 It will really take on a Fall-like feel in summer with a NEAR RECORD low early Tuesday morning in Indianapolis.  The record of 48-degrees was set in 1926! 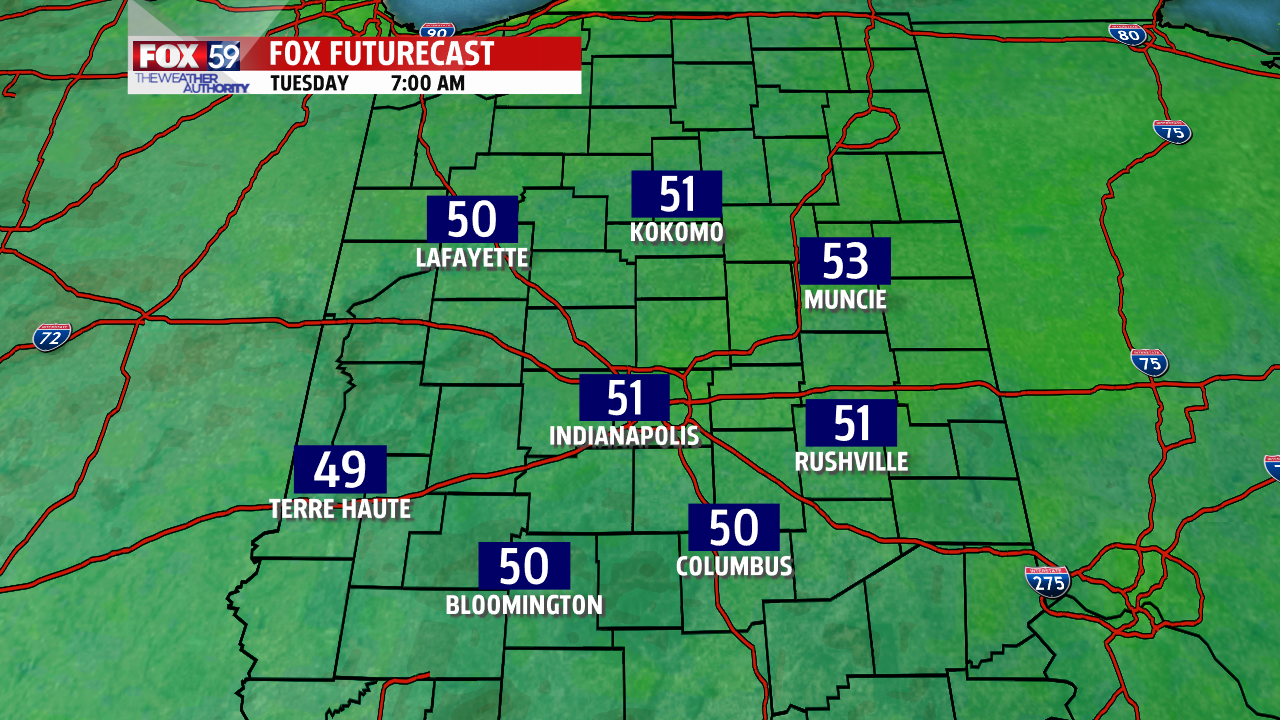 Tracking a stretch of cooler, less humid and sunny days

One year ago today, powerful thunderstorms roared across central and north-central Indiana, producing several tornadoes. That includes the EF-2 Pendleton tornado in southern Madison County. You may remember this date, May 27th, occurred on Memorial Day last year. 75 homes were damaged from this single tornado, which traveled a nearly 6 mile long track and had estimated peak wind speeds of 130 mph. The storm reached its peak winds near the intersections of Fairlee Road and West Co Rd 600 South. The tornado dissipated on the south end of Anderson.

May typically produces the most tornadoes for the state of Indiana in a single month, with an average of 6. While we surpassed that number in 2019, May 2020 has been lacking. We haven't had a single tornado report all month long.

Ball State to return to on-campus instruction in fall

IU to have students on campus in fall with more online instruction, schedule changes