It was nice while it lasted but the humidity that eased late Monday and afforded low temperatures in the upper 50s outlying early Tuesday has moved on. The dew point continues to rise quickly late Tuesday and area-wide it is getting more uncomfortable. The heat was a dry one early in the day – now it has turned stuffy. Overnight, the low temperatures will remain near 70-degrees.

The temperatures reached 90-degrees in many locations Tuesday but Wednesday 90° plus temperatures will be area-wide. Add the humidity, and the heat index will reach 94° to 99° late afternoon.

We are drying out fast and as a cold front nears the state late Wednesday, there is a threat for a few thunderstorms especially late in the day. The prospects are not great honestly, with our coverage barely reaching 30%.

Early morning hours could yield a brief downpour as a warm front passes but late day and early evening may be the best chance for a storm. Should a storm develop, there could be a gusty or even severe storm. The Storm Prediction Center has included a “slight” risk for a severe storm. Again, the prospects of even getting a storm are rather small. 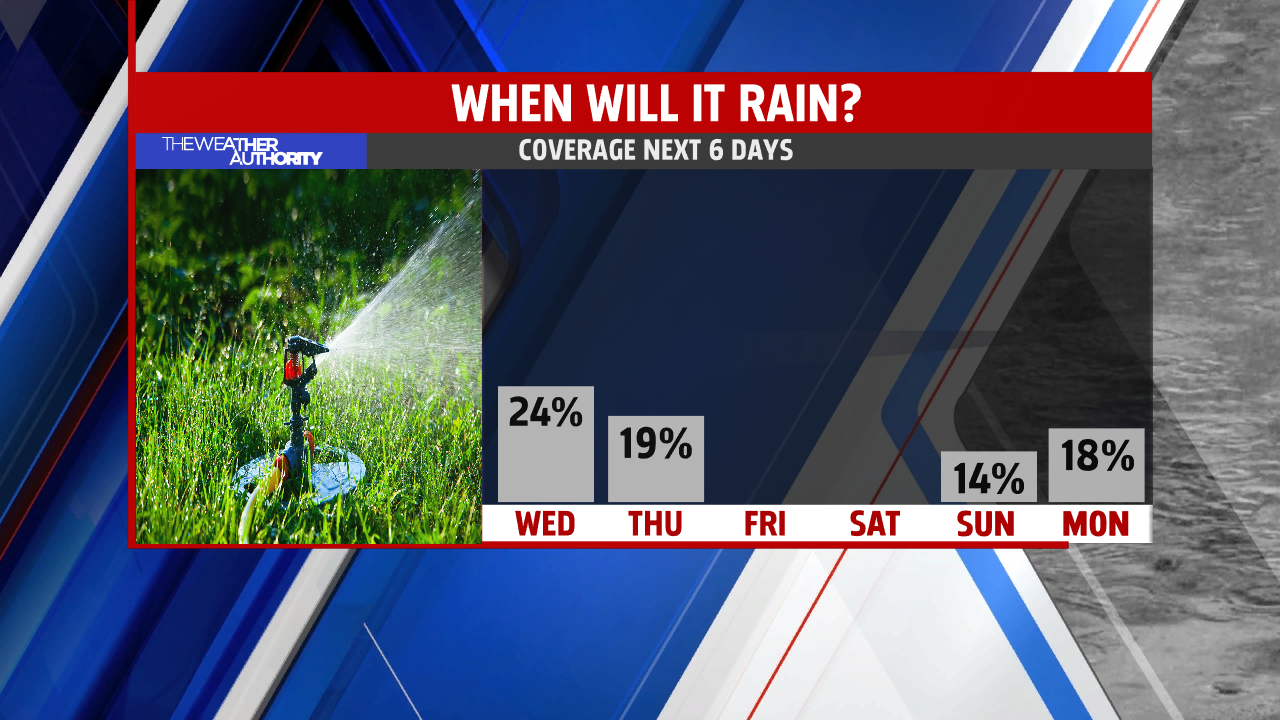 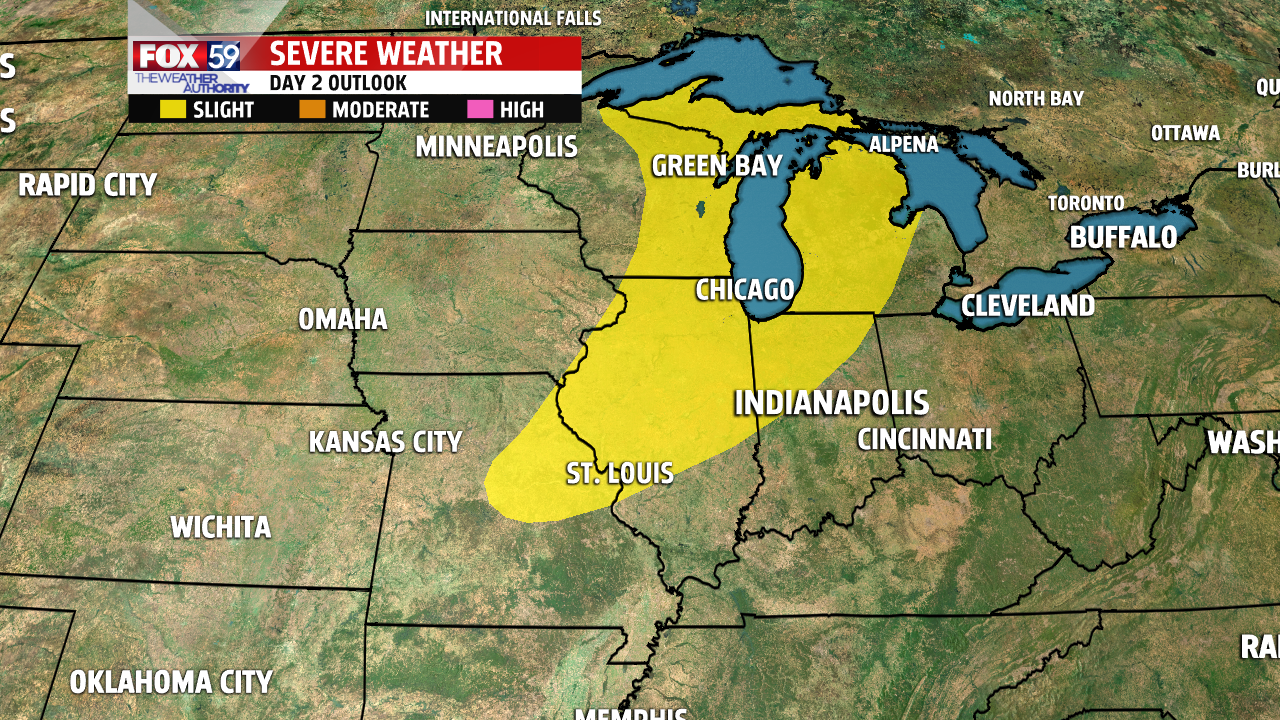 The seasonal migration north of severe weather is in full effect during the month of July. As jet stream winds are moved north by building heat in the central U.S., the organized threat moves up near the U.S. – Canadian border. Note the tornado frequency in U.S. has passed its peak and more frequent tornado occurrences are likely in the upper Midwest.

In Indiana, the average number of tornadoes drops to two from five in June. 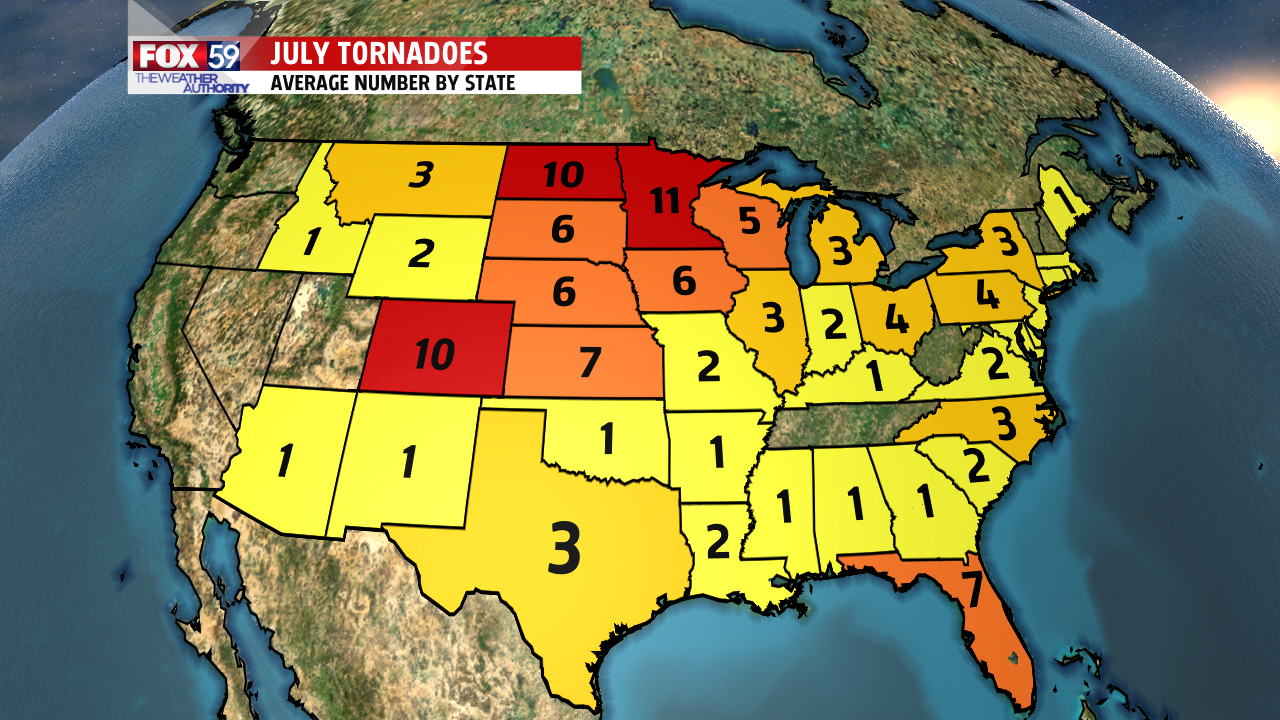 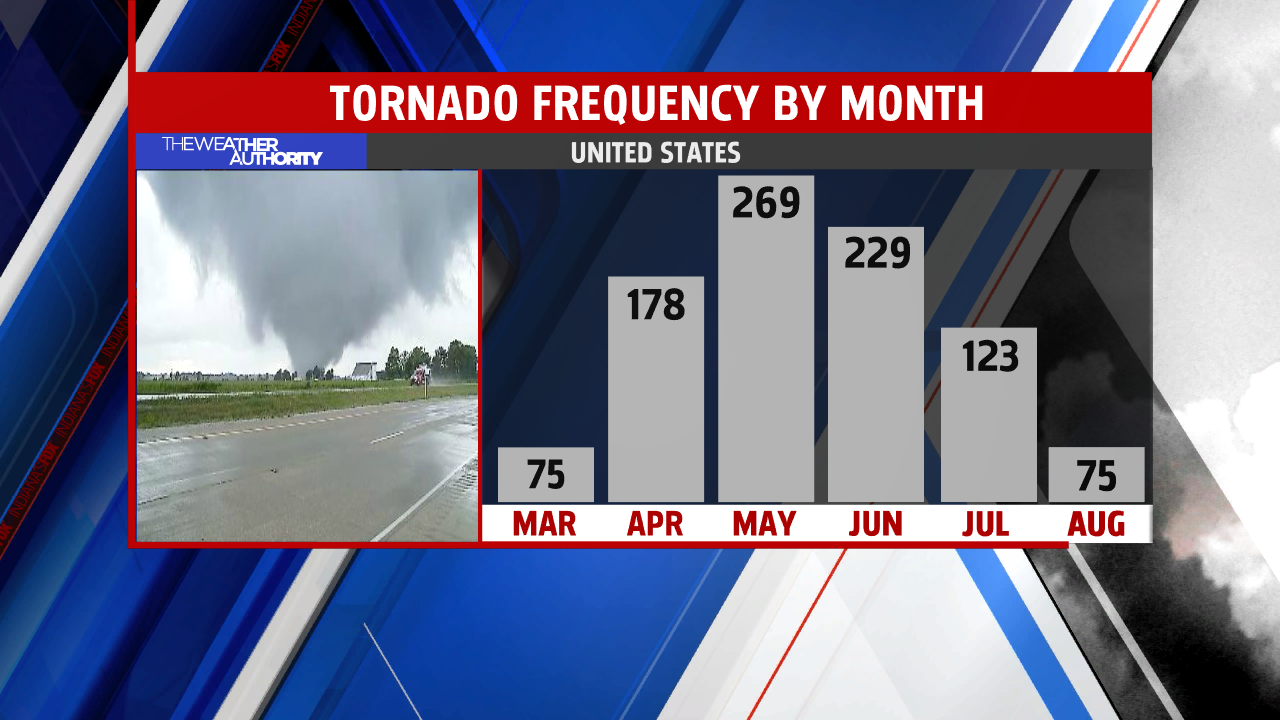 A churning low pressure in the Gulf of Mexico, off the coast of the Florida panhandle has the makings of being the second named Atlantic based storm of the year. The National Hurricane Center placed a 70% chance of tropical cyclone development in the next 48 hours. 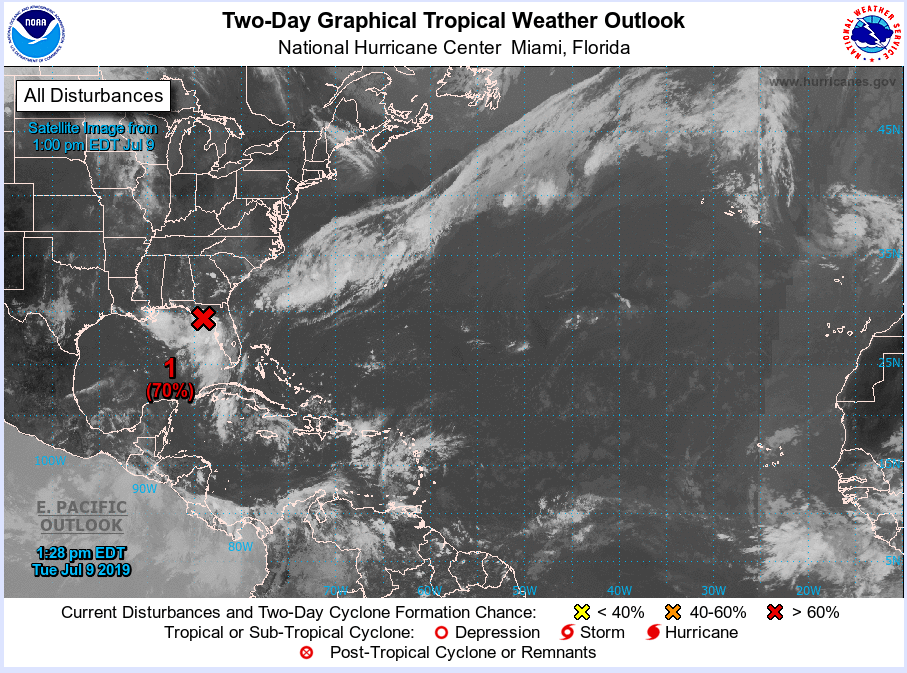 There is strong evidence off the overnight computer models that this will become a tropical storm and would be named Barry. Some machine forecasts are even taking this storm to a hurricane before making landfall over the weekend. Should the storm further develop as expected, the remnants are likely here by the middle of next week. 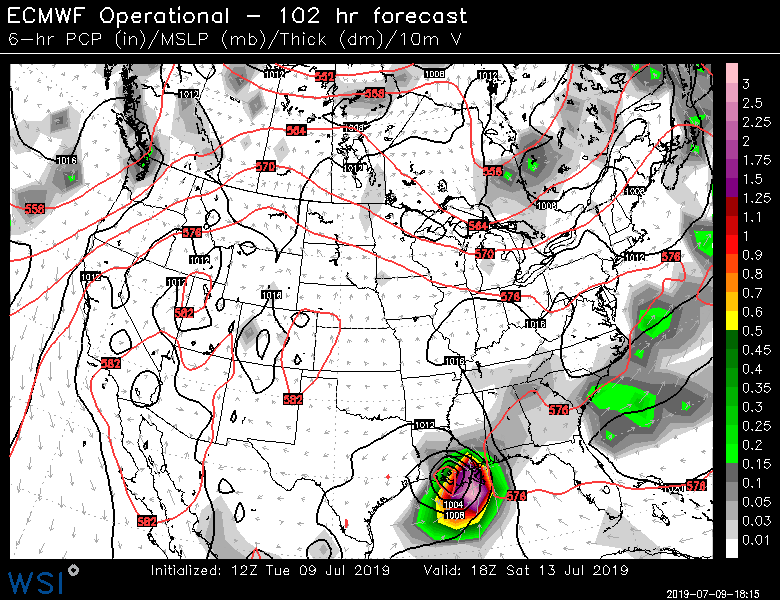 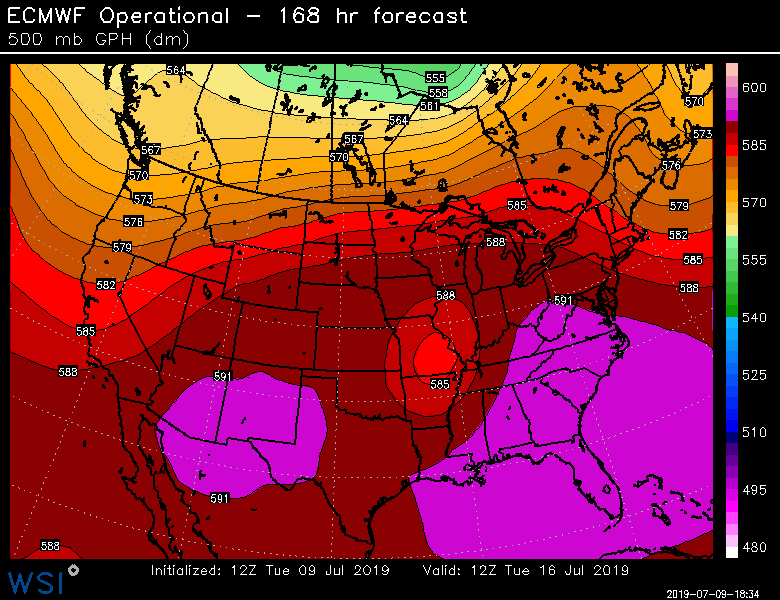 Skies are clear and temperatures are cool to open the morning and weekend. Sunshine will dominant the day, as highs reach the upper 60s.

A clear sky tonight will mark the coolest air of season, chilliest since mid-May. A frost advisory tonight will kick in at 2 a.m. for our extreme northern counties. No rain in the forecast for the next seven days.

Cool as we move into the last weekend of summer

A cold front has been slowly sliding through the state this Thursday, bringing us another shot of cooler air. Aside from a few sprinkles that may have passed by this morning in our northern counties, the lack of moisture in the atmosphere has prevented this frontal boundary from producing any rain.

Overall, we have been comfortable today, although there has been a roughly 10-degree temperature spread across the area. Our northern counties had more cloud cover early along with the front passing through kept temperatures are the "cooler" side while our areas to our south, like Bloomington and Columbus saw more sunshine and temperatures in the low 80s.

This morning starts dry and cool, as we await the arrival of a cold front later this morning! This front will bring the slightest of a shower chance early afternoon, while most counties receive little to no rainfall.

This lack of rainfall is taking its toll on the state, as abnormally dry conditions now extend deeper across Indiana. Winds will increase through the day too, from the northeast, pushing our temperatures down by the evening rush hour, our high today will likely occur around 2 p.m.

Indiana Landmarks, neighbors work to save historic Church of the Holy Cross

CDC reverses course, says people should be tested for COVID-19 after contact with infected person

Second stimulus: Despite push from Trump, lawmakers leave for weekend with no deal in sight