The temperature reached 92-degrees Tuesday afternoon officially in Indianapolis, the warmest on over three weeks and the hottest temperature since July 21st.  This is the first of potentially several 90-degree days as the unseasonably warm weather pattern takes hold. 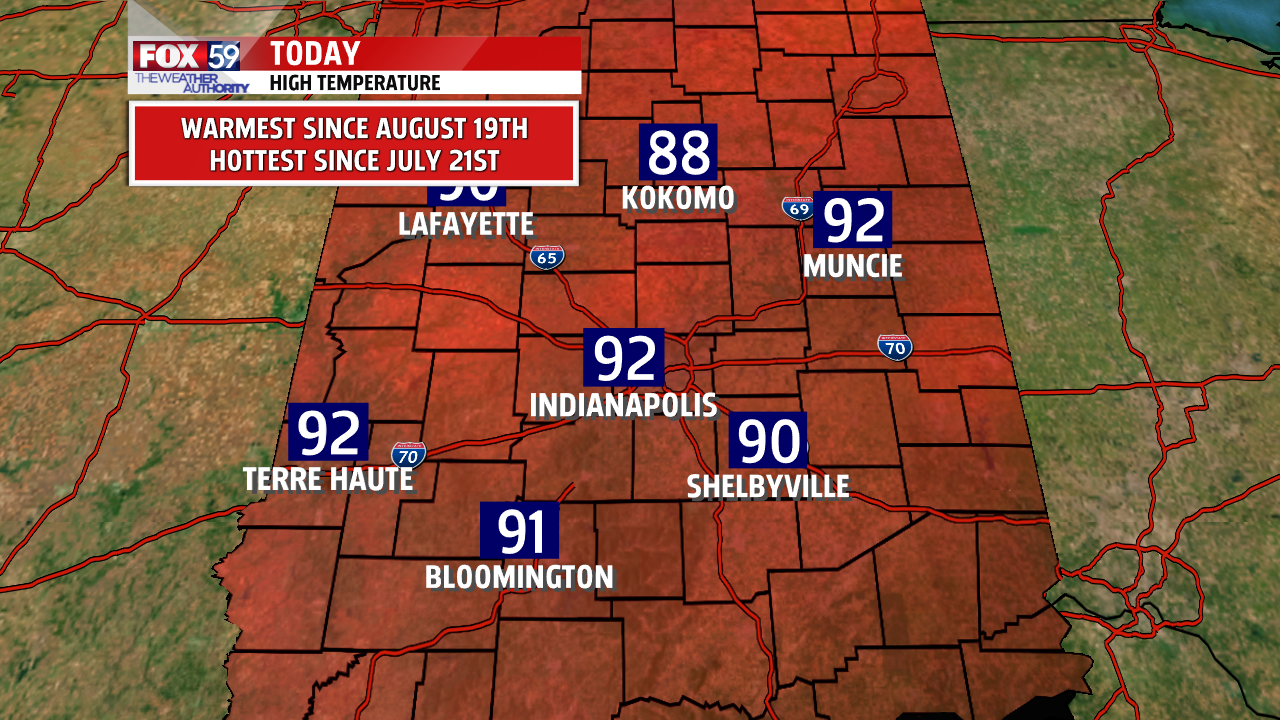 Today marked the 19th 90-degree day of 2019, meeting the average in a year.  With the pattern persistently warm for several more days the afternoon high temperatures may reach or exceed 90° through Friday afternoon.  Combined with high humidity the heat index will reach 95° or higher before a cold front reaches the state Friday. 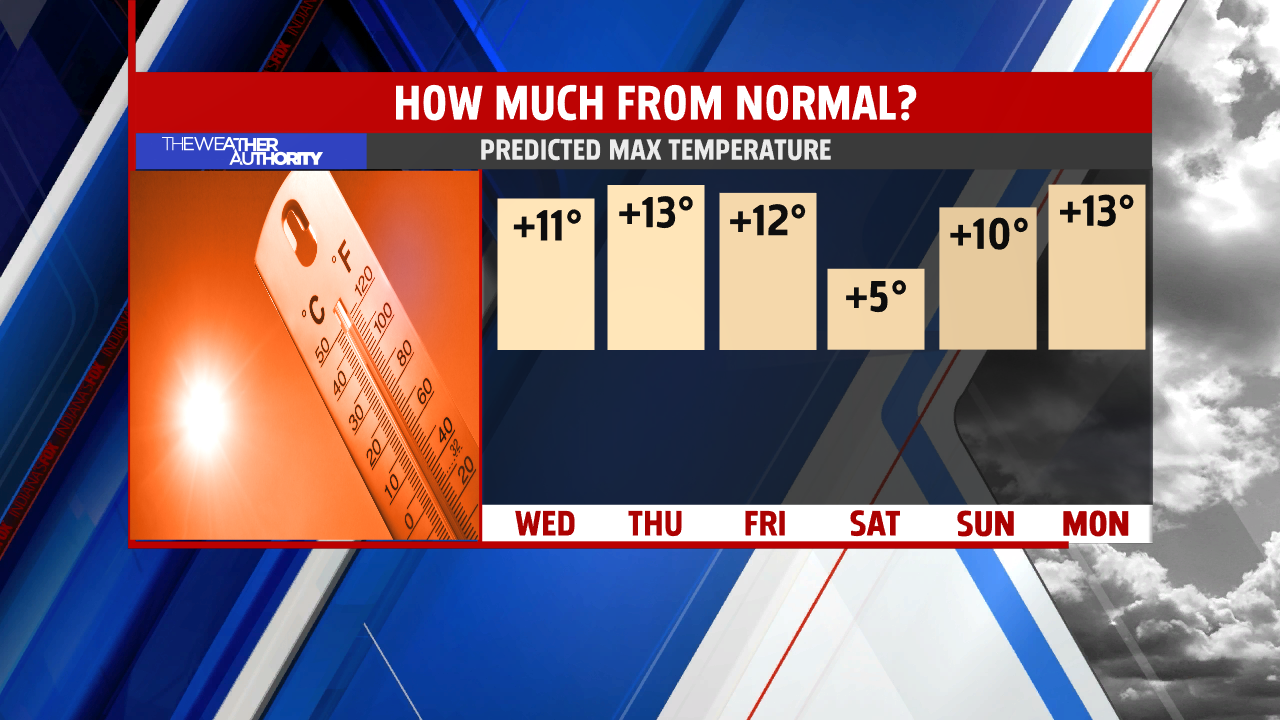 September averages three 90-degree days annually and each of the past six September’s have produced at least one 90-degree day.  Last year there were eight days.  The hottest September temperatures was 100° set on six occasions, most recently in 2011. 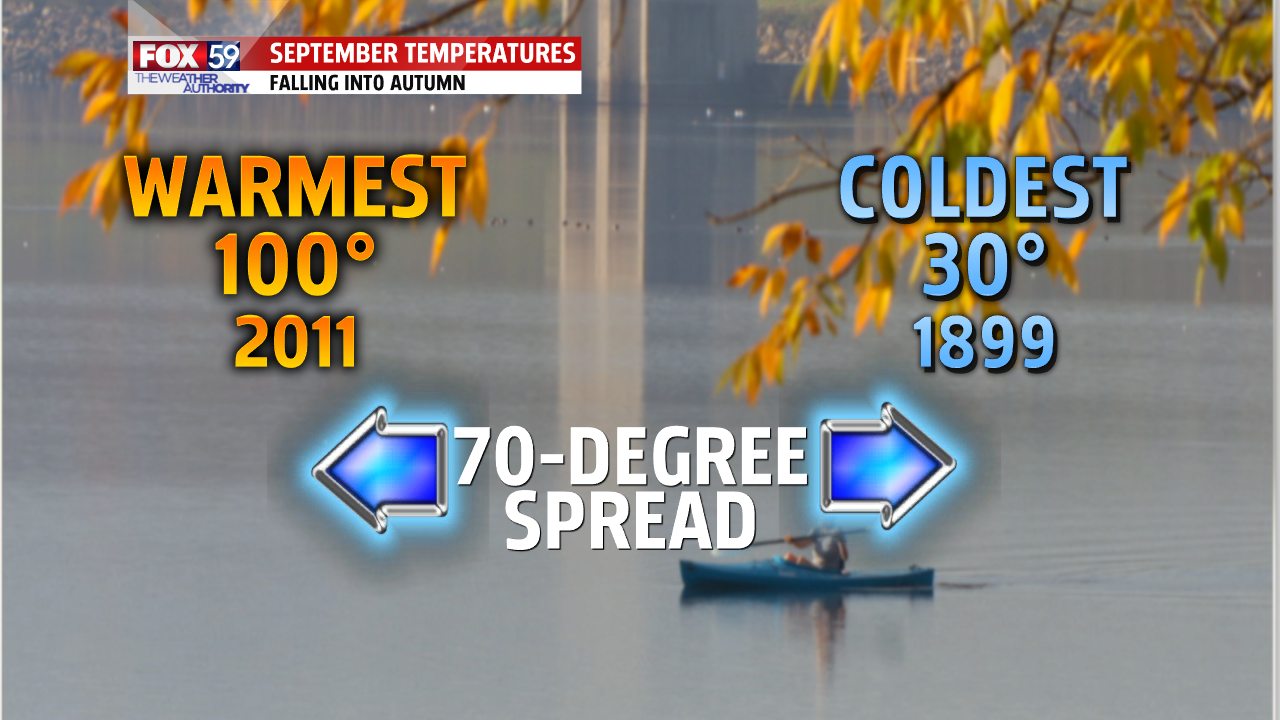 Rainfall is limited as main branch of jet stream stays north. The chances for rain and thunderstorms will be minimal to end the work week with an opportunity offered up in a very widely scattered or isolated for Wednesday.  A better chance of getting a storm will be behind Friday afternoon’s ‘cold’ front.  The coverage at this distance isn’t that promising reaching 35% to 40% coverage. 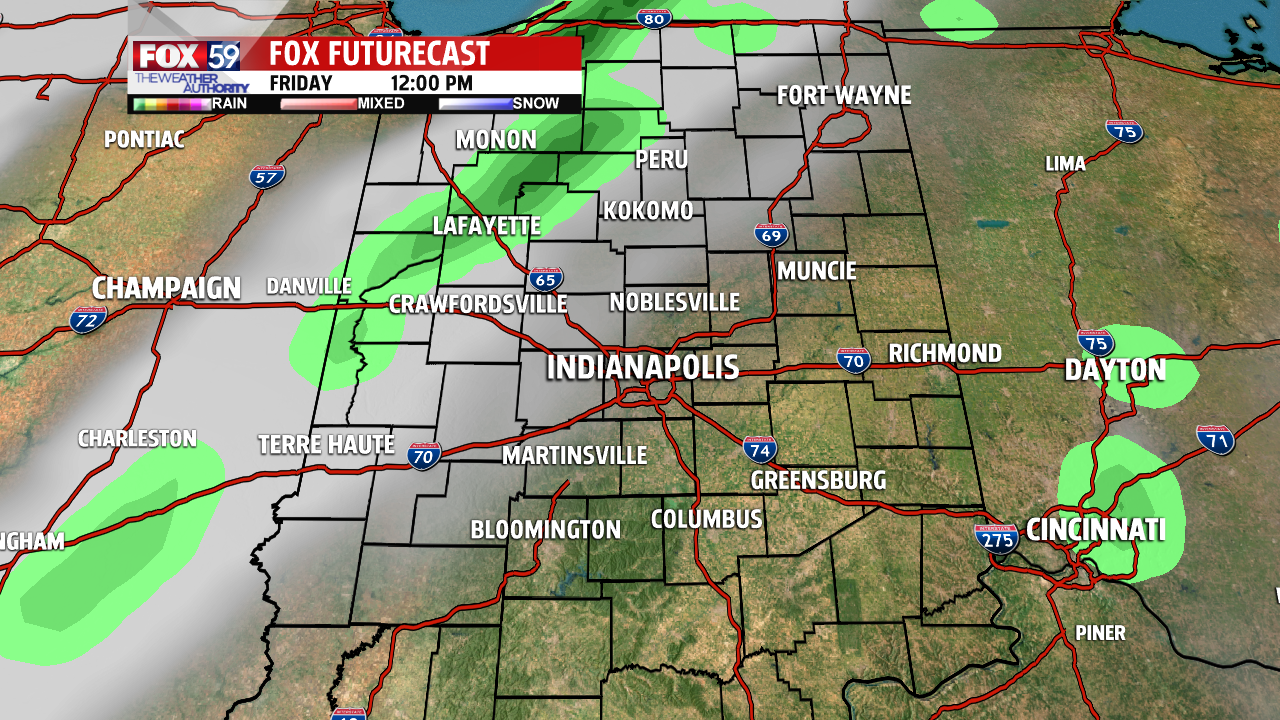 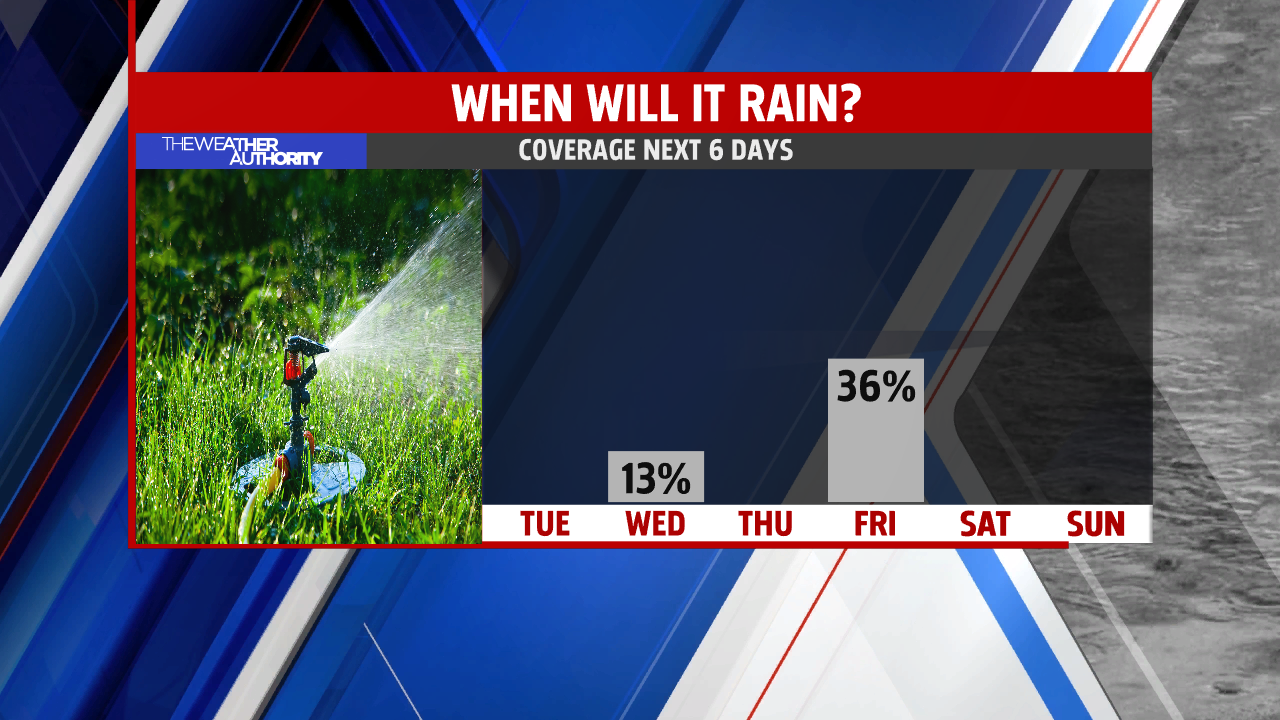 The chill is gone! After a foggy start, Thursday warmed to early September levels and topped 80-degrees in most locations under mostly sunny skies. The preliminary high of 81-degrees in Indianapolis was 18-degrees above normal and the normal high for September 9.

It wasn’t a record setting high for the date, but after checking weather records, we found some interesting statistics. This is rare air for late October. It is the warmest afternoon this late in an October in five years and only the 17th year that the temperature reached 80° or warmer this late in the year.

Prepare for dense fog Thursday morning; tracking a taste of summer this afternoon

Prepare for thick for this Thursday morning! You will want to give yourself more time to head into work or school today due to the low visibility in spots around the state. The visibility could even fall below a quarter mile on the interstates and county roads through the morning rush hour.

As a result, the National Weather Service has placed much of central Indiana under a Dense Fog Advisory through 9 a.m. Breaks in the clouds and stronger winds late in the morning will help improve the conditions across the area.

GOOD RAIN FOR SOME

The recent rainfall has gone a long way to easing the drought conditions in central Indiana but is it enough.  For some yes.  We’ve just completed four straight days with measurable rainfall in Indianapolis – the first time since late July into early August with a stretch this long.  The four day total of 2.76” is significant but we are still at a substantial deficit through Wednesday evening.

Who is Kristen Welker? Meet the moderator of the final US presidential debate