Flash flooding occurred Thursday as heavy rainfall swept across central Indiana late Thursday morning. Very heavy rain fell in portions of Monroe, Brown, Johnson, Morgan and Bartholomew counties. Some locations are estimated to have received over 5″ of rainfall over the past two days. From Edinburgh (Johnson County), there was a two day total of 5.13″. High water was reported in many south-central Indiana counties and there were several successful water rescues executed as well. Three people were saved by Indiana conservation officers when they were trapped along County Road 700 N in Rush County.

Late word from the National Weather Service of Indianapolis is that an EMERGENCY Manager reported TORNADO damage in Knox County at 11:48 a.m. NWS will confirm an EF-0 tornado based on radar data and photos from the scene. Winds were estimated at 75 mph. The damage was reported at 4222 BAND MILL ROAD, 5 miles west, northwest of Decker. 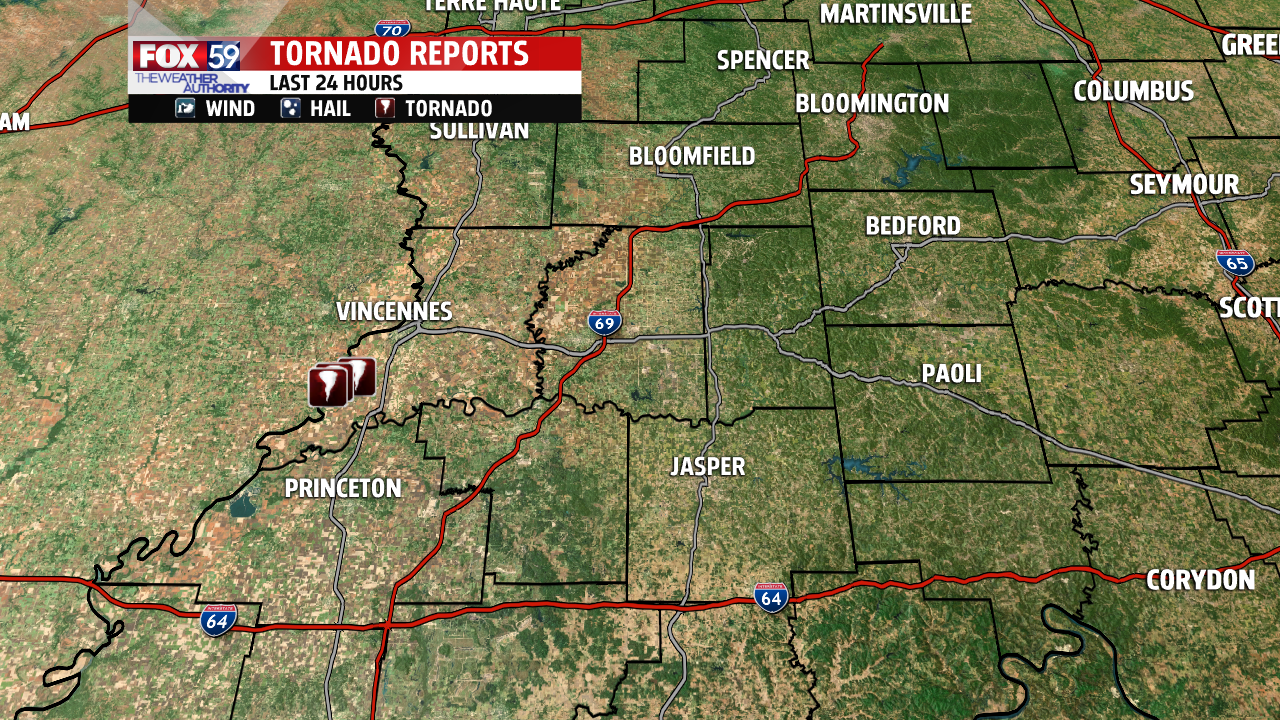 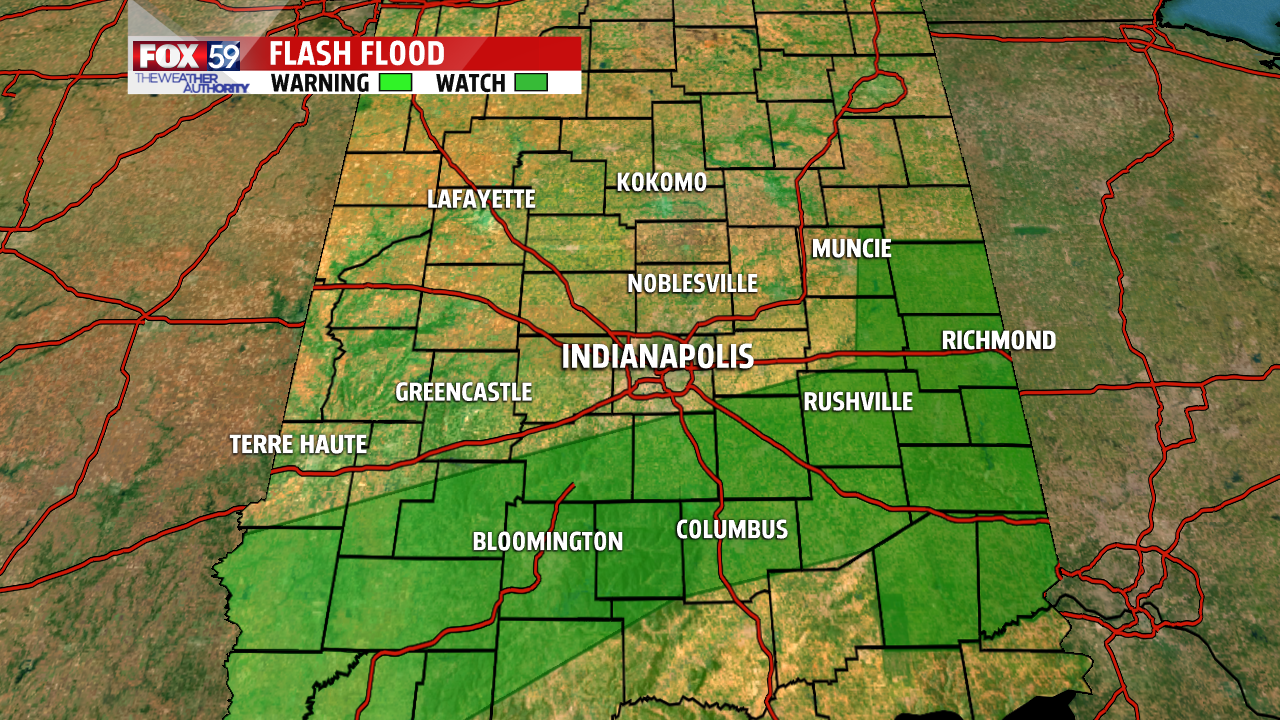 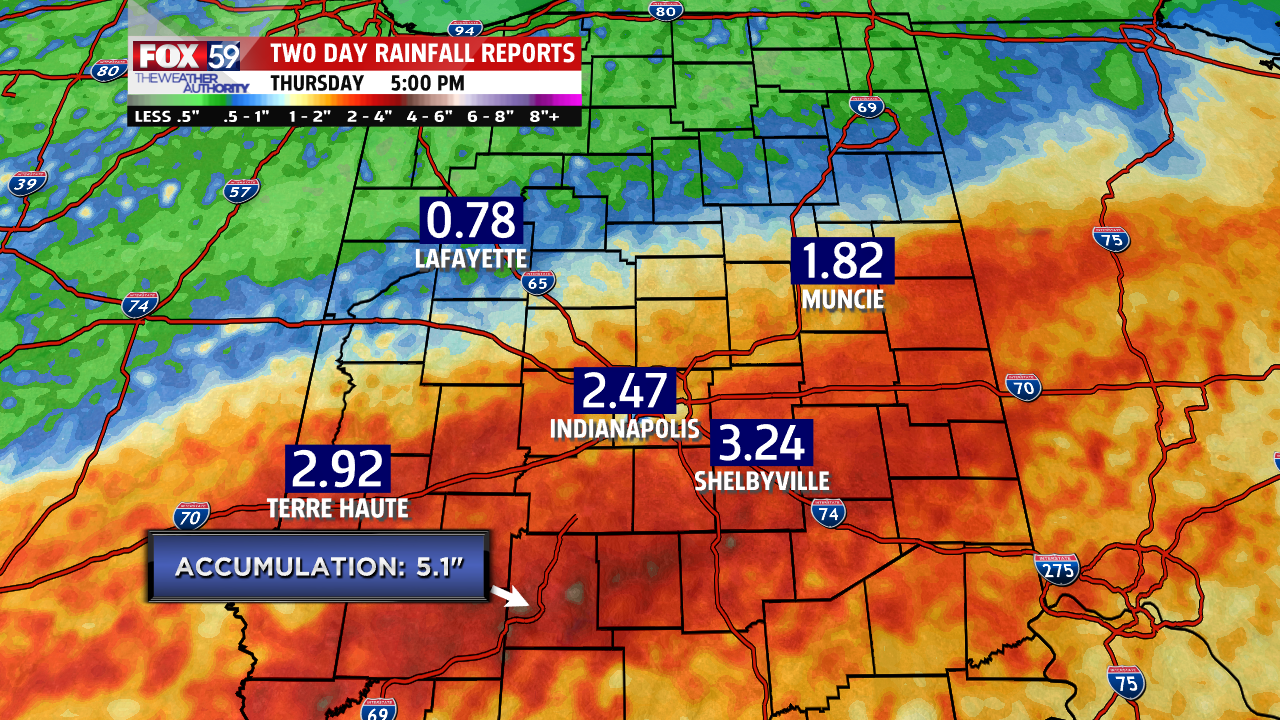 Late afternoon, the rain cut off sharply as we entered the dry slot or wedge of air of the storm. This rain-free area also packs the maximum jet stream winds that will mix down to the surface and created increased wind gusts. After the cold front passes, winds will remain strong throughout night and a WIND ADVISORY has been issued. Gusts could get to 45 mph through early Friday morning. 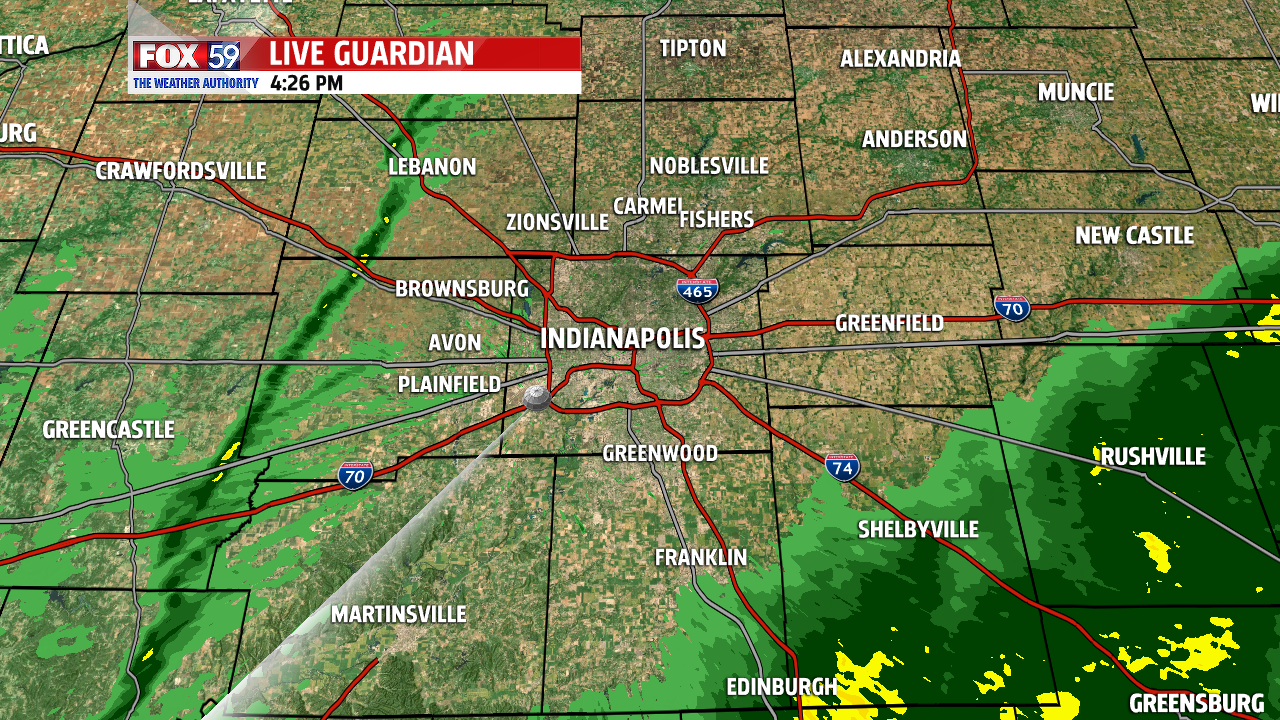 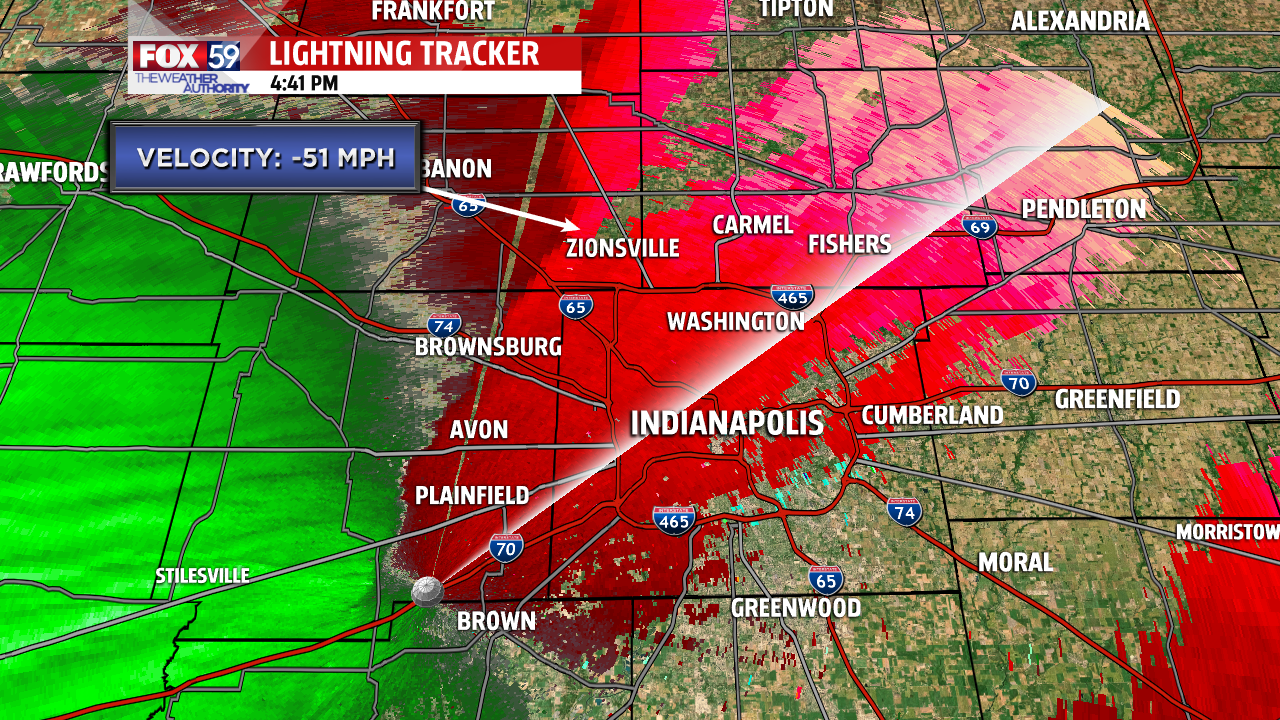 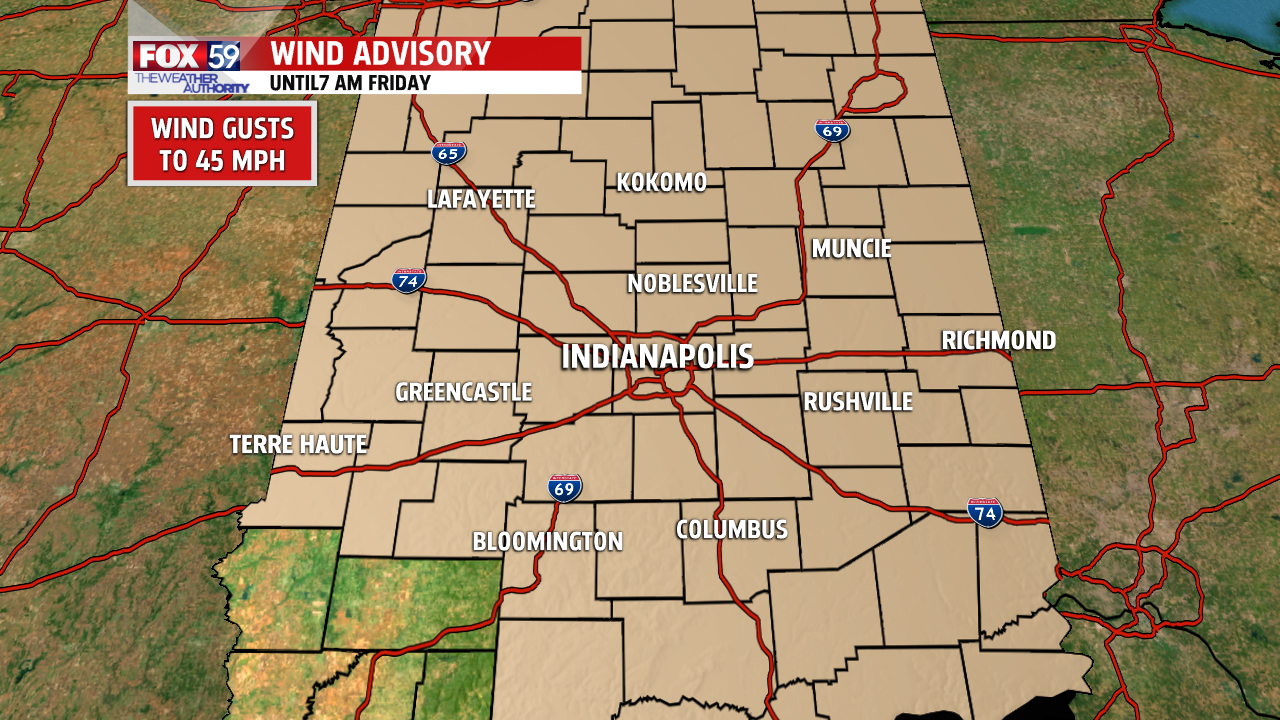 Between 4 and 4:15 p.m. the temperature in Indianapolis reached 61-degrees but only a few miles to the west the cold front came roaring east. The cold will hit like a wall and temperatures will crash! We may fall as much as 30-degrees over five hours and lower into the upper 20s by 10 p.m. The cold will keep on coming and by sunrise Friday, temperatures will lower into the teens with bitter wind chills of 0° to -10°. Windy conditions will continue under sunny skies Friday, and then ease after sunset. 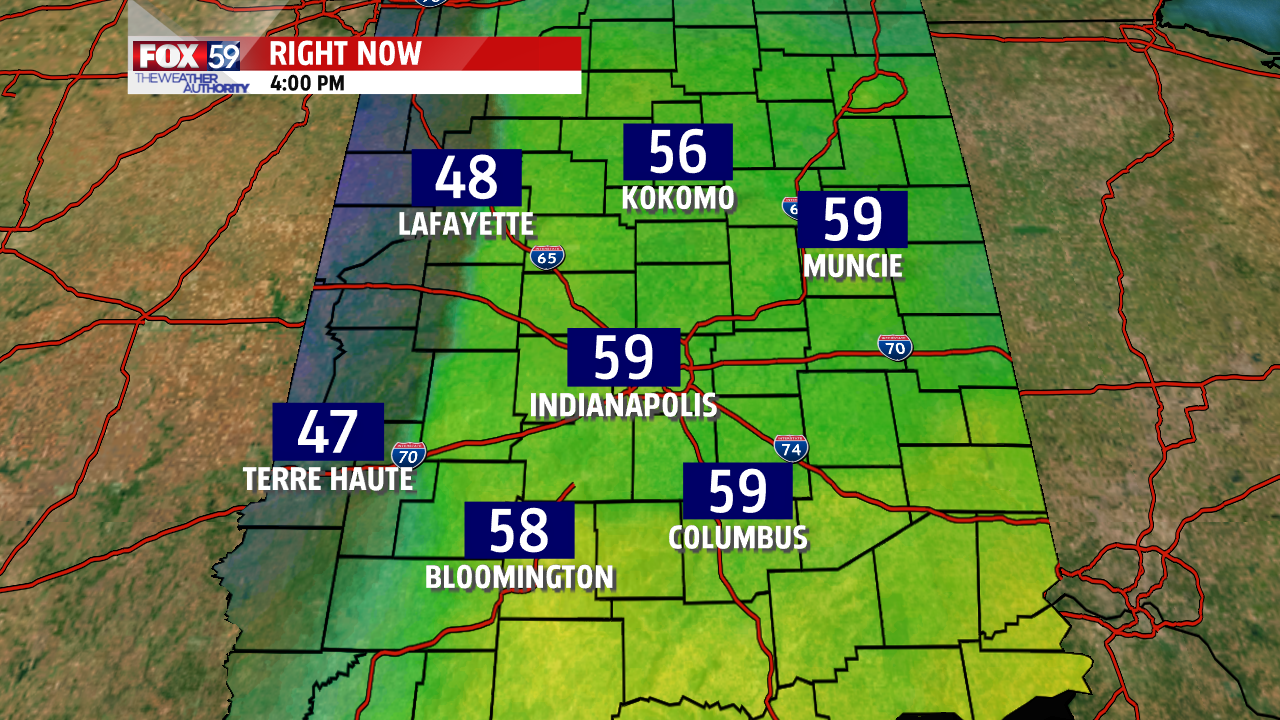 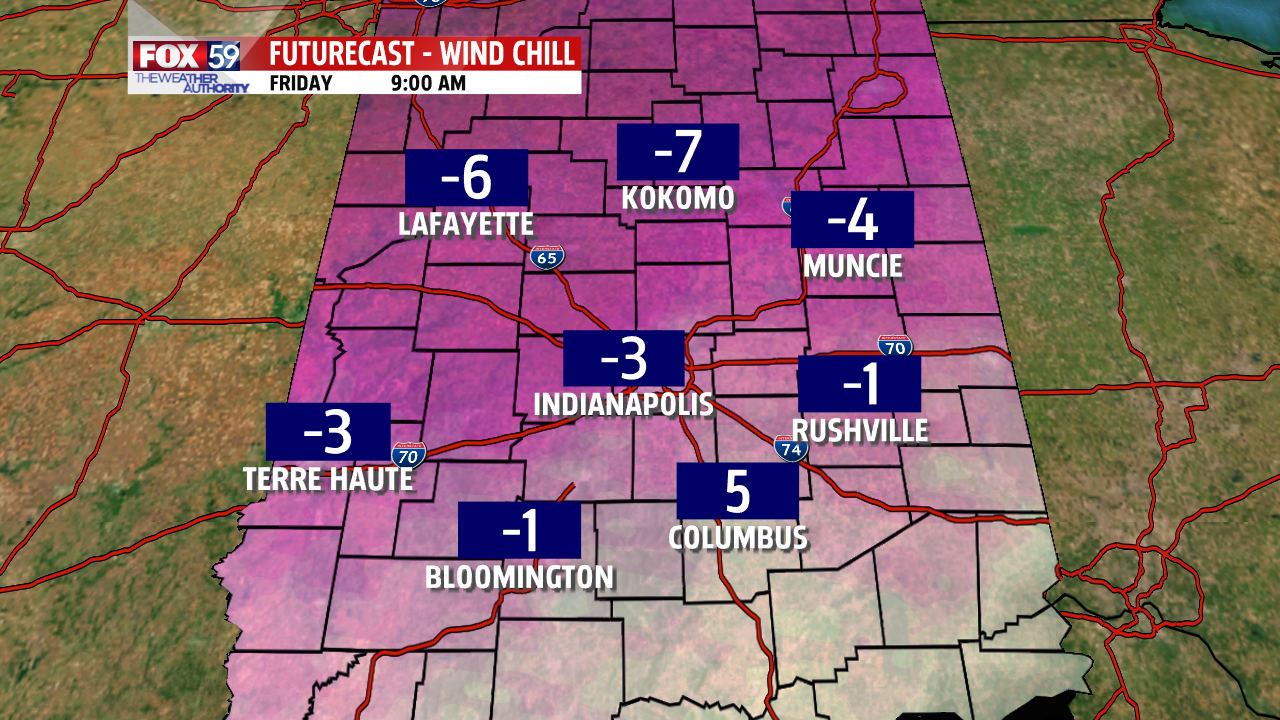