Update (11:00 PM) - Several inches of snow have fallen across central Indiana, including 3.4" of snow that was measured at the Indianapolis airport, shortly before 10 PM. Overall, this first round of snow could produce snow totals up to 5" in spots, before it clears out overnight. 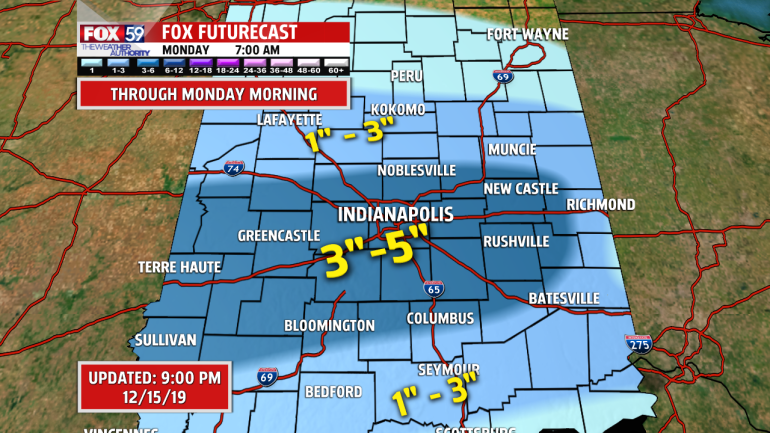 At 11:00 PM snow showers were still scattered across central Indiana. Returns are evening showing some of the snow showers transitioning to a wintry mix. As warmer air slides slides into our southern counties these next few hours, there will be a concern for some freezing rain. Ground temperatures at this time are still below freezing. Therefore, snow won't be the only hazard.  A light icing could be a factor too. 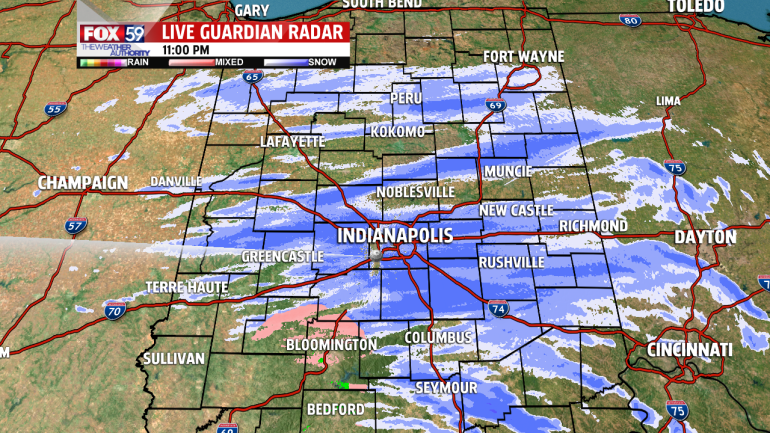 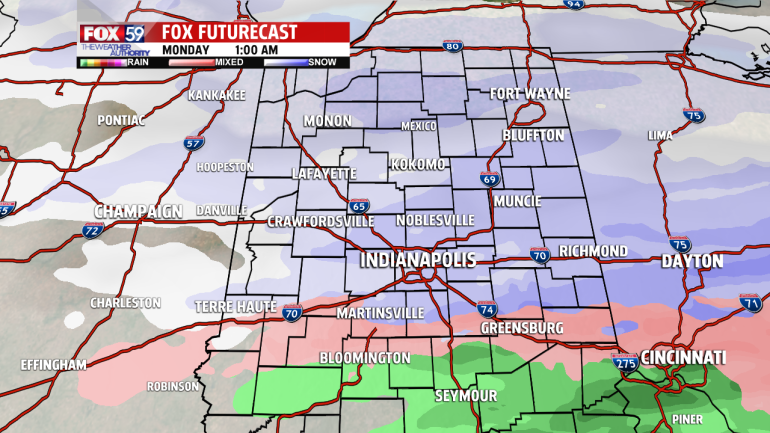 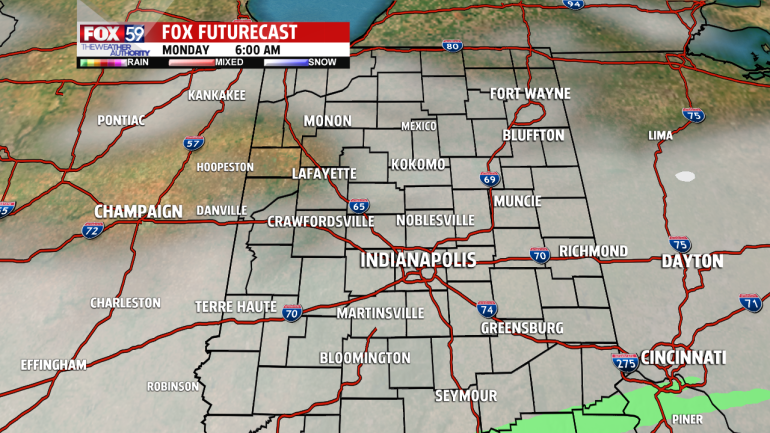 Numerous travel advisories have been issued across the state and more could be added before Monday morning. 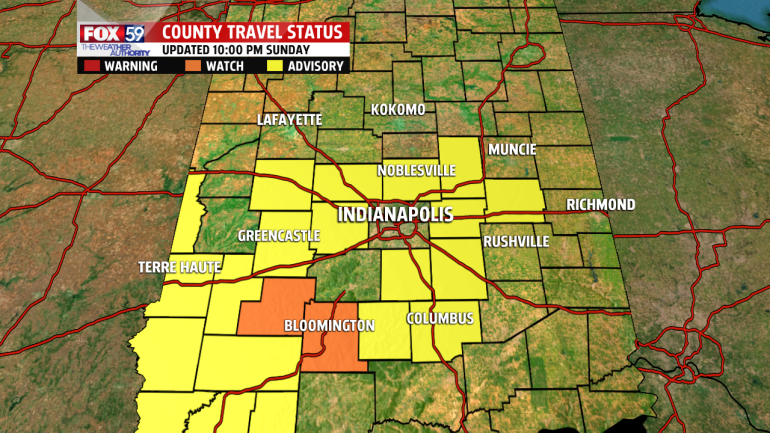 Rain, a wintry mix and snow showers will redevelop tomorrow afternoon. This will make way for messy conditions during the PM commute as well. Snow moves out early Tuesday morning but before it does, an additional 1-3" of snowfall will be possible across parts of the state. 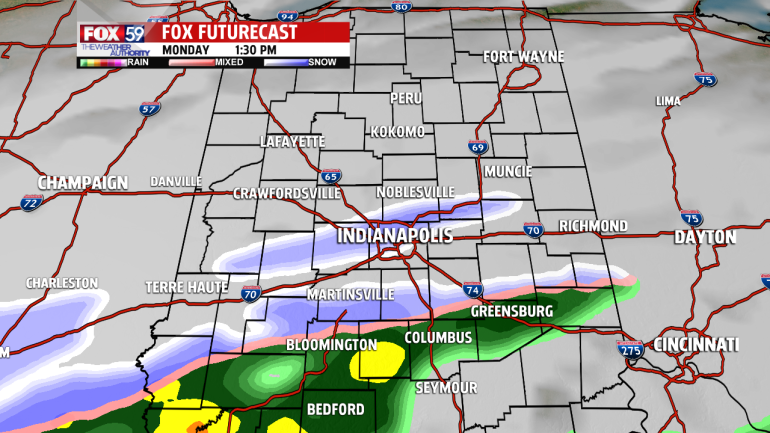 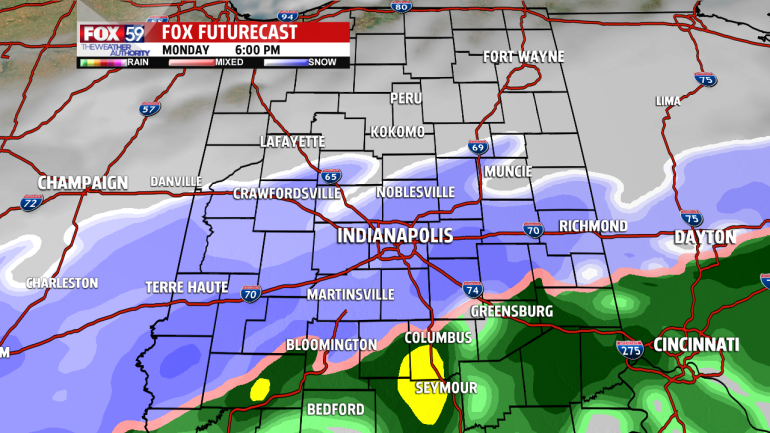 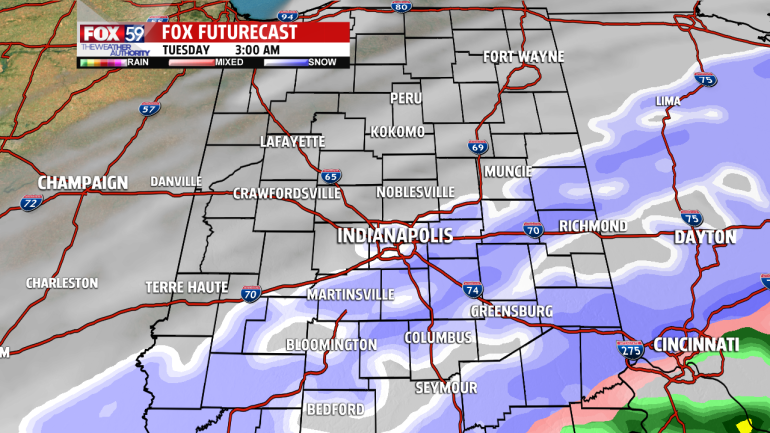 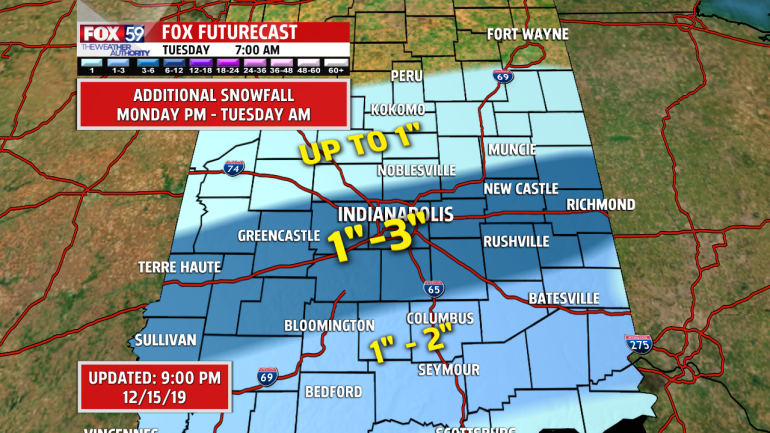 Update (5:10 PM) - Tracking returns for what LOOKS like a heavy band of snow in south central Indiana. While snowflakes are falling & visibility is dropping, drier air is still keeping the potential for heavy snowfall rates at bay for the moment.

Central Indiana us under a Winter Weather Advisory that goes in effect from 5 PM this evening through 7 AM Tuesday. Two rounds of wintry weather will cross portions of the state. 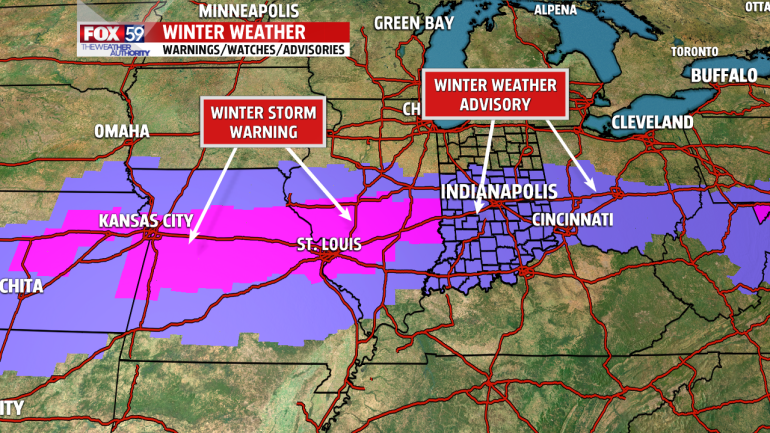 Sunday afternoon, near 4 PM, a narrow band of heavy snow was in south-central Illinois and heading our direction. 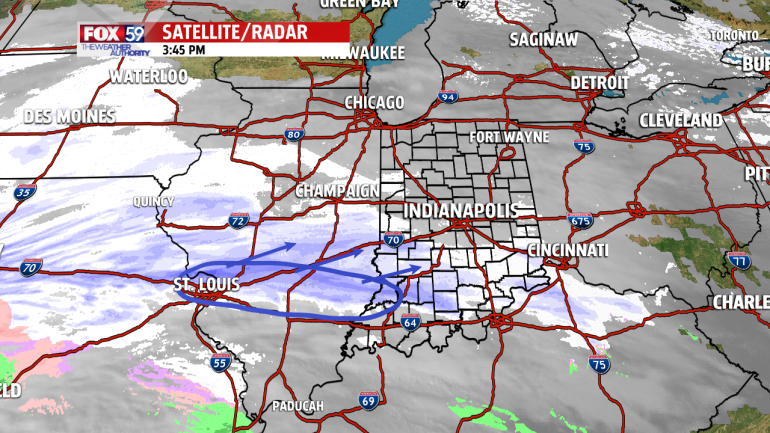 However, this afternoon, drier air has been in place over much of central Indiana. As we moisten the air column and narrow the gap between the dew point temperature and air temperature, periods of moderate to heavy snowfall will be possible. A narrow band of heavy snowfall rates, 1-2" per hour, aren't out of the question this evening. However, that will likely only be for a few hours this evening before snow rates and coverage quickly decline overnight. 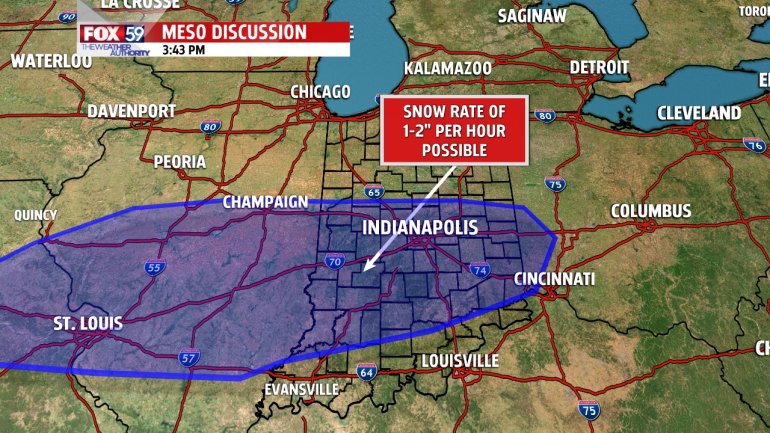 A second wave of snow showers will develop Monday night, mainly along and south of the I-70 corridor. Between the two rounds, parts of central Indiana could see 4-6" of snowfall between Sunday night and Tuesday morning. Some melting is possible between the two rounds on Monday afternoon, therefore, what is left on the ground Tuesday morning will likely be less than what actually fell over the entire period. Among the snow, light icing will also be a possibility. Slick road conditions will be a concern during the commutes Monday morning through Tuesday morning. 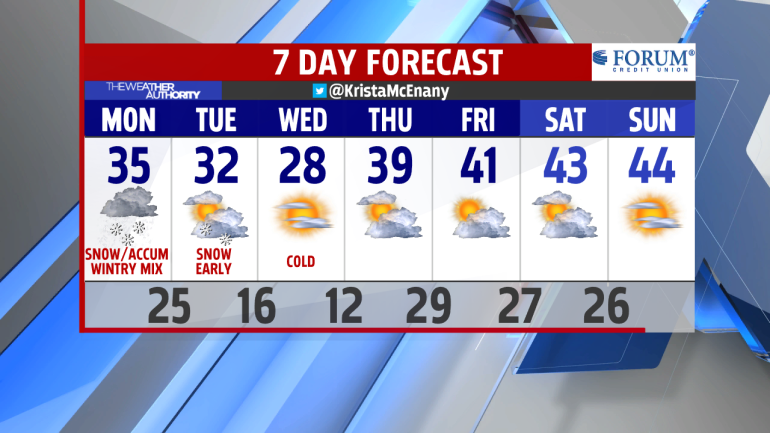