The polar branch of the jet stream has retreated and a warm up is underway entering the end of the workweek.  Temperatures late Thursday have jumped nearly 20-degrees since early morning lows in the teens.

The storm-track has moved north allowing the air to become more mild with the low pressure tracking into southern lower Michigan, we are moving away from the arctic air.  Snowfall potential shifts north for now along and north of the low that is tracking along the polar jet stream. 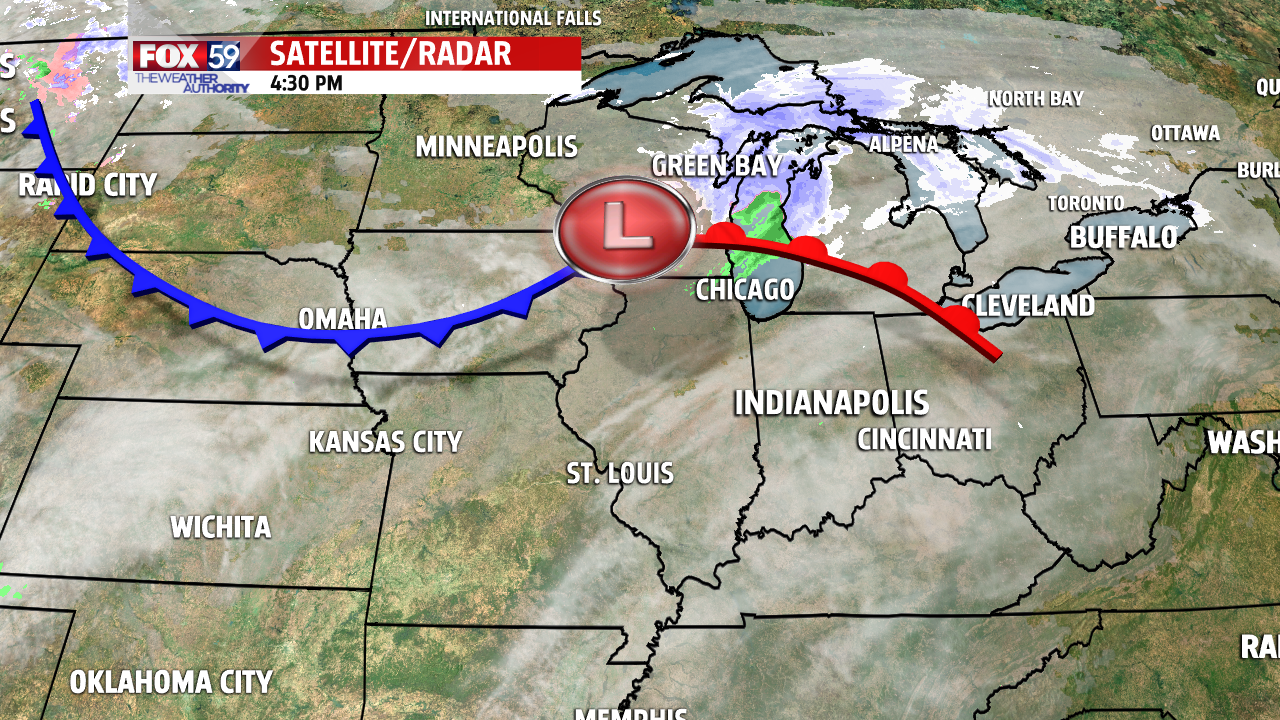 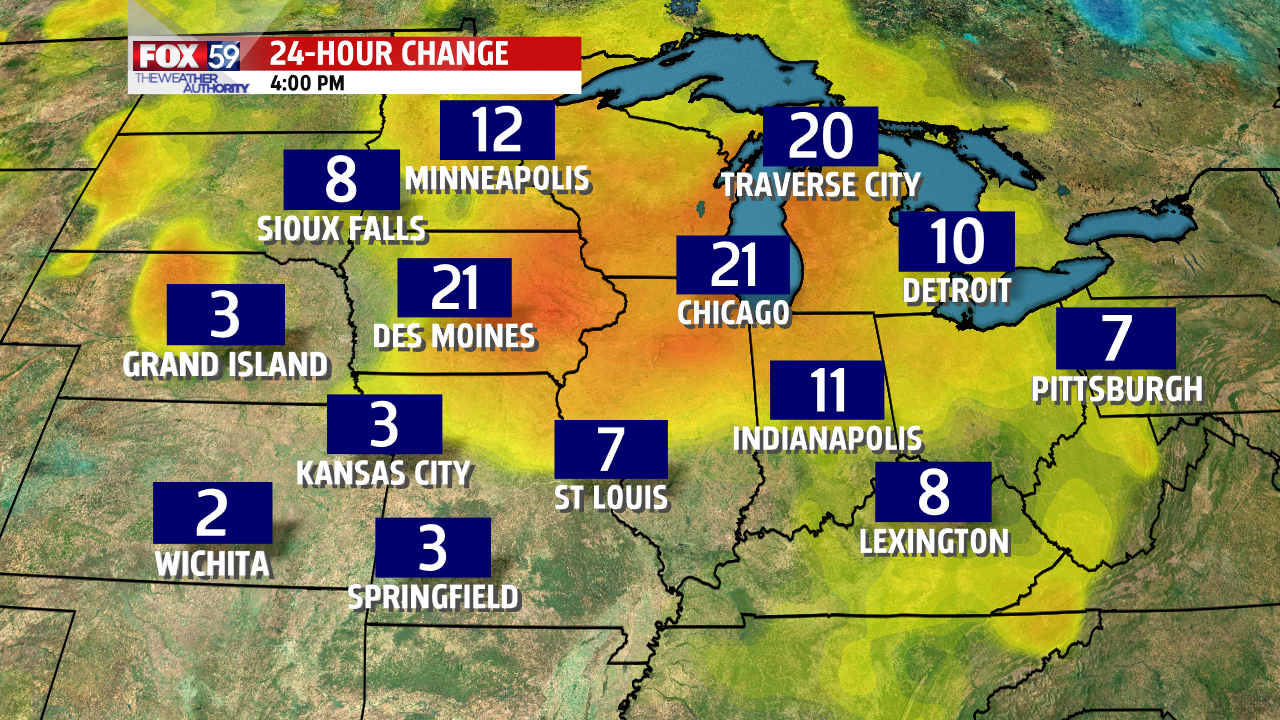 As the cold, polar branch jet stream retreats the more moist, southern branch will migrate north.  This connection to a more rich resource of moisture will aid in clouds and even some rain chances here as early as Friday evening.  A few spotty showers may migrate into south and southeast Indiana late day.

The southern and northern jet stream split often leads to an overall trend to milder temperatures but it also creates some problems for sophisticated computer model forecasts in the medium and longer range.

A split flow implies that the two are separate jet streams.  From time to time these two can merge or marry and create a more formidable storm system.  There is some speculation that moving forward, the arctic air looming in the upper Midwest could get pulled down.

Next week, the scenario is becoming more interesting as the overnight computer models are still trying to resolve what to do with a system Monday and Tuesday.

Once again the two jet streams are split, so there is still quite the spread in solutions, but the trend is there for something more organized.  Sounds vague and it is, but it warrants close watch. 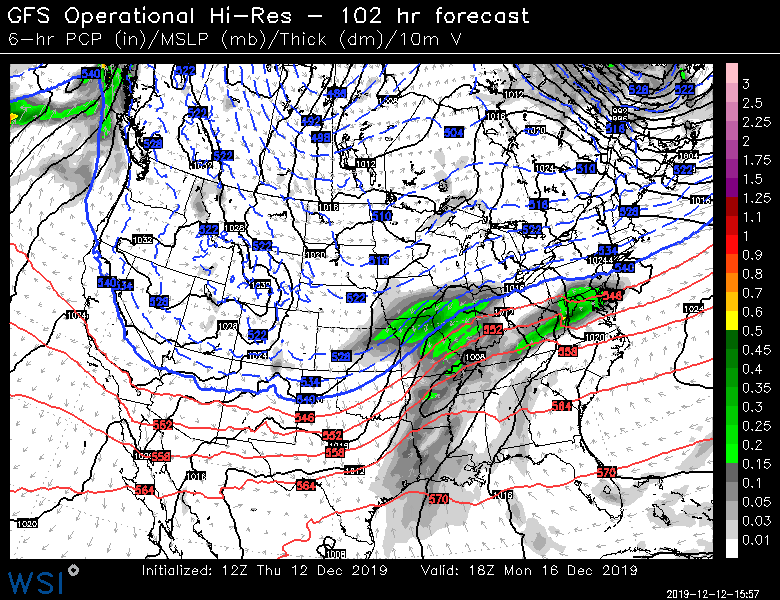 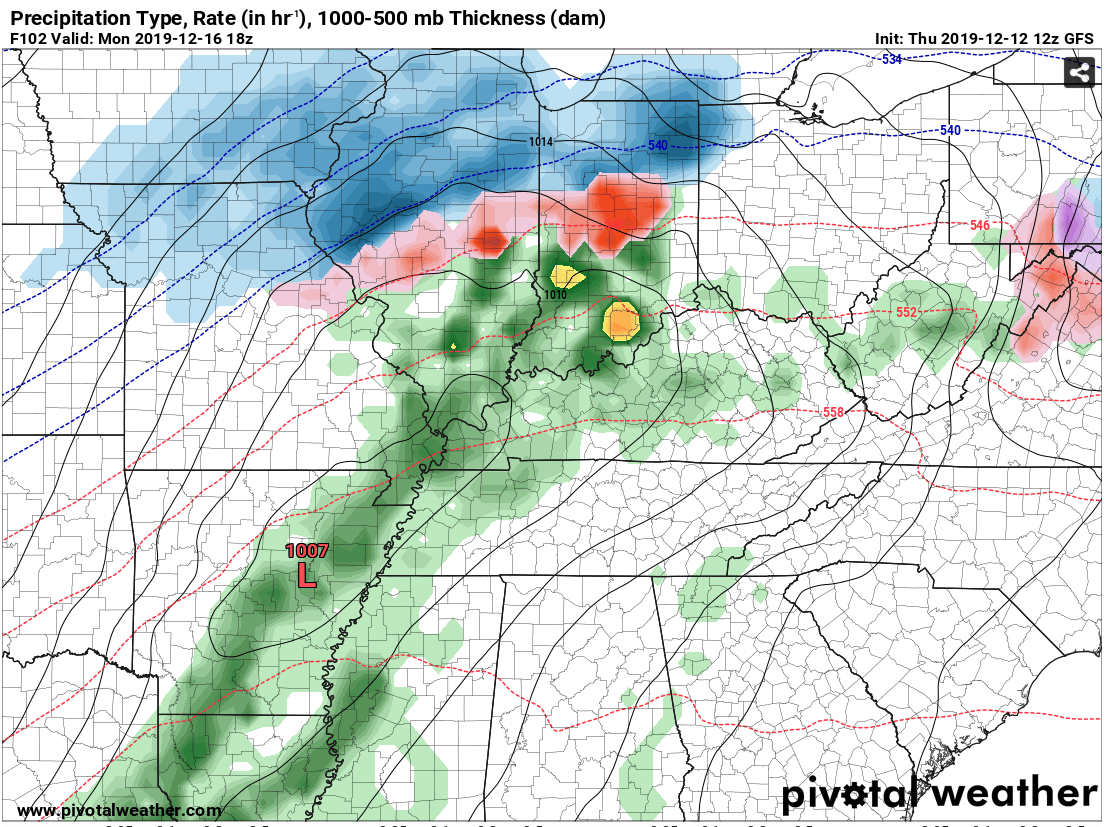 Are you hopeful for some snow?  Are you a "snopeful" kind of person?  I know they're out there and are pining for a snow.  Sure adds to the seasonal feel but snow has been lacking again this December as well as the past five Decembers.  We've had five straight December's with less than 5" of snow.  We average 6.9" of snow in December and so far this month, a mere trace.

For those of you waiting on some snow, the outlook is not entirely bleak, especially given the set-up entering the weekend and much of next week.  We will hawk over the data and keep you in the "snow" as to when those chances will rise!

The 1974 Super Outbreak of severe weather and tornadoes occurred 46 years ago today! The event happened between April 3-4 and the system impacted 13 dates. Sadly, it resulted in 355 deaths in its path. There was a total of 148 tornadoes and 21 of them touched down in Indiana. 800 people were injured in the Hoosier State and 47 died from the outbreak.

Light rain showers are moving into western Indiana this Saturday morning. Ahead of the activity, skies have turned overcast across the state and temperatures are mild. Several locations are starting off the weekend in the 50s and upper 40s! Mild weather is expected today despite the rain and cloud cover over the area. Highs will likely rise into the lower to mid-60s early in the afternoon before dropping into the lower 40s overnight.

46 years ago today, on this date the Super Outbreak of 1974 began - part of the largest tornado outbreak in U.S. history. 148 tornadoes occurred in thirteen states with over 300 fatalities. This was the first time that it was recorded that one hundred tornadoes occurred in under 24 hours. At one point, 15 separate tornadoes were ongoing at one time.

In Indiana, 21 tornadoes struck the state, 47 died with over 800 injured. 3 F5 Tornadoes touched down in the state, the only time since 1950 that F5 tornadoes occurred in Indiana.

A cloudier start this morning, but milder too! Showers in Illinois are attempting to hold while crossing the state line, but most, if not all, will weaken before impacting our FOX59 viewing area. So another dry day is ahead! Although cloudier to start, expect the clouds to thin by late morning as sunshine builds in on a light, southwest wind. This will mark another fantastic day with warmer readings in the middle to upper 60s.

This evening looks great, as we remain dry and mild in the overnight!