Clouds slowed the warm-up late day for some but temperatures did make it back into the 50s – likely the warmest it will be here for the next few days.  It is getting that time of the year that sun makes all the difference.  Skies were brighter late day north and that is where temperatures were warmest.

The south breeze will continue for a few more hours but a wind shifting cold front will arrive later tonight.  The front will settle south through sunrise passing Indianapolis around 12 AM.  Temperatures will be slipping quickly before sunrise lowering to the mid 30s north to lower 40s south, by sunrise.

The temperature will remain warm enough to keep any precipitation that falls overnight as rain – mainly light.  The trends have been to a less impact full  system Thursday as two jet streams remain split.

The north branch of the jet stream delivers the cold whiles the southern branch delivers moisture.  We have been pointing out all week long that there was growing evidence that these two streams would remain split, thus, not creating any real wintry mix or icing conditions, as more data became available.  As late as Tuesday a few short-term models were trying to lay down an accumulation snow – we did NOT follow that solution. 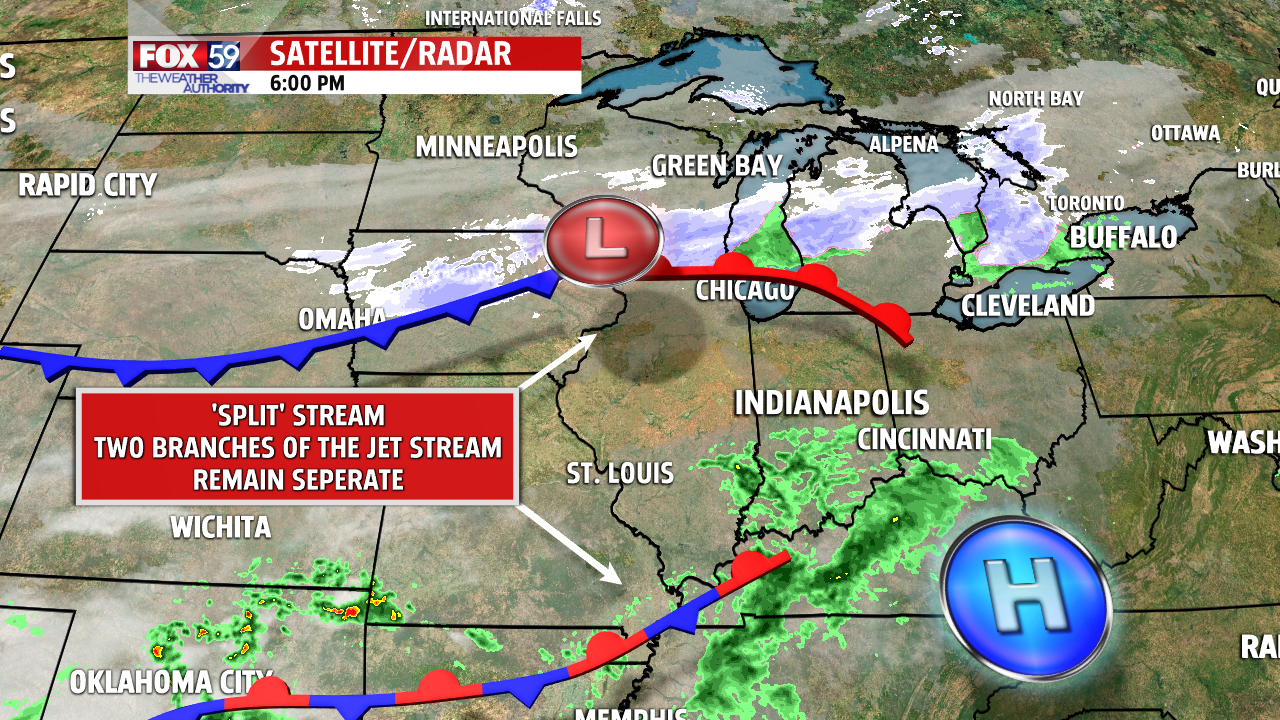 Light rain will linger through sunrise Thursday along and south of I-70 and slowly settle south through the morning hours.  The colder, drier air will temporarily mix rain with snow before ending. 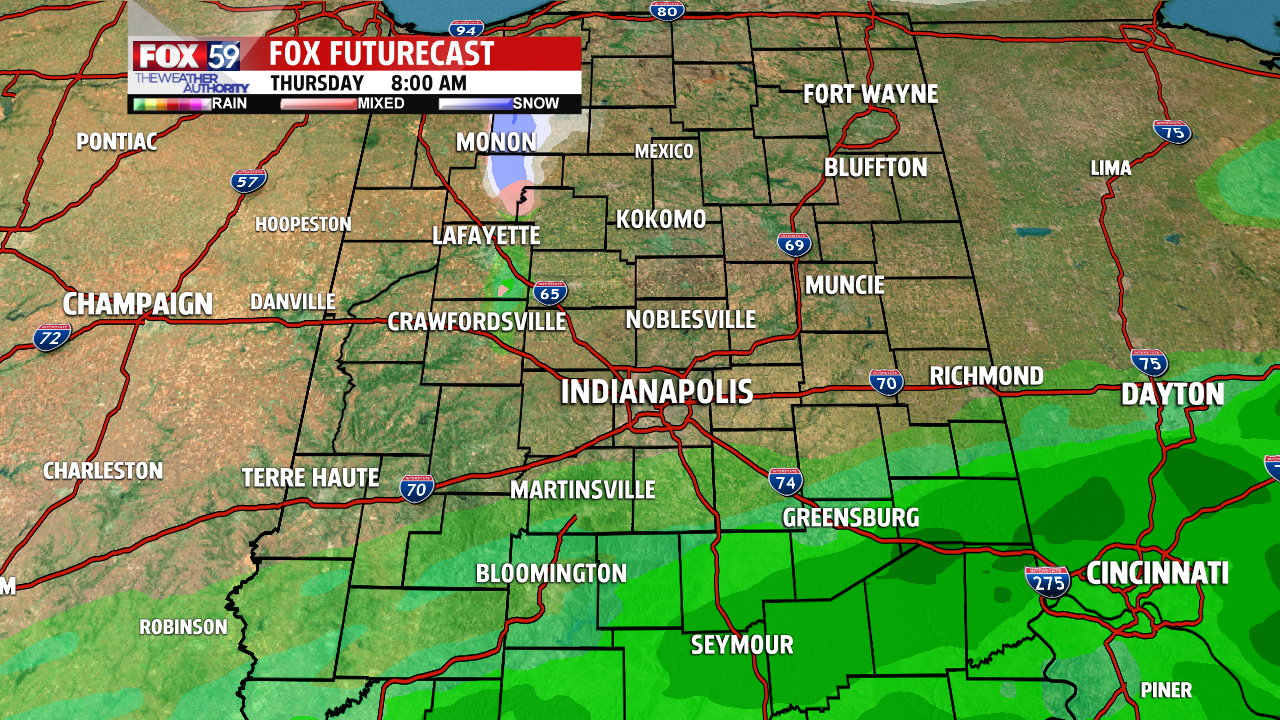 Scattered snow flurries are possible settling south from north-central Indiana before noon Thursday as the colder air moves in.  The drier and colder air will actually begin clearing skies from northwest to southeast by mid afternoon.

BRACE FOR THE COLD

Temperatures are taking a big dip entering the weekend but it is only a preview of things to come.  This is the first of potentially three cold surges over the next 10 days.

Friday will be the coldest of the season starting at 22° and not reaching 40-degrees, nearly 20° below normal. 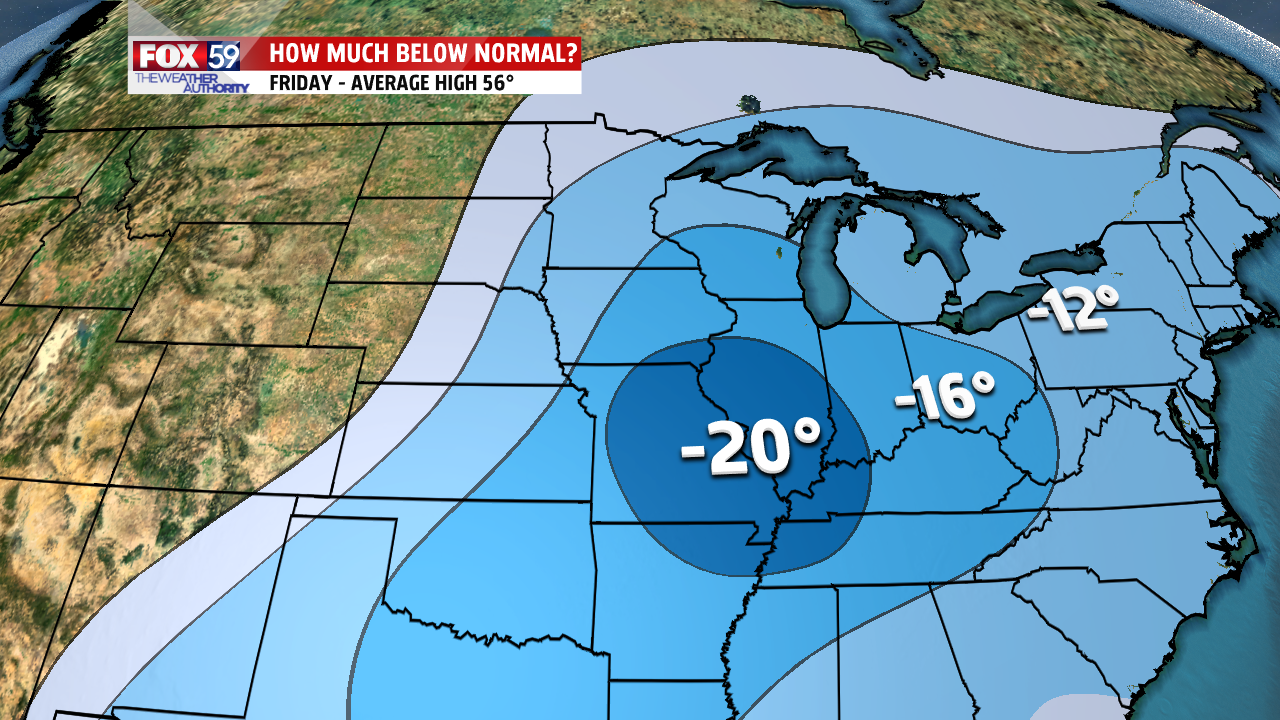 The Arctic Express is on the way and a bigger and bolder blast of cold is expected early next week.  Temperatures will temporarily rebound this weekend ahead of the next front, climbing back into the 50s Sunday but Monday will open cold and potentially snowy. 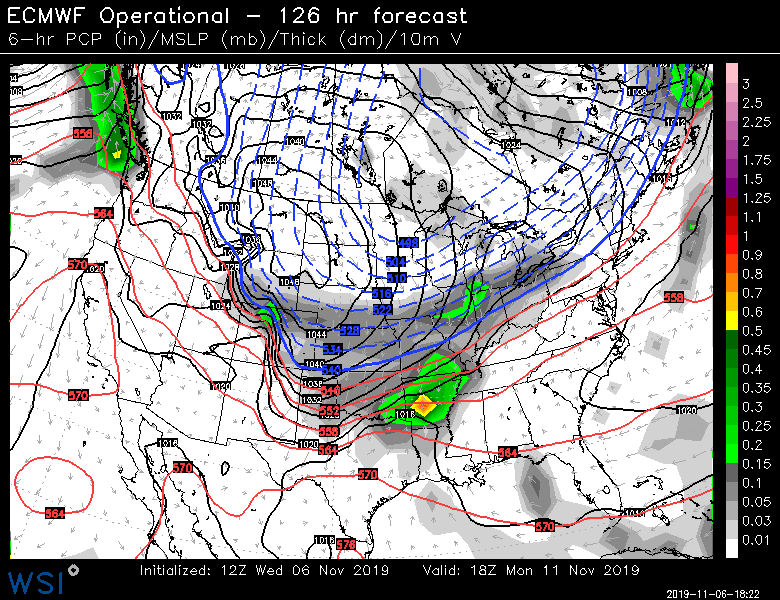 The jet stream will cross the polar regions of the planet and dive into the eastern U.S. bringing potentially near record cold early next week.  Low temperature records will be challenged as early as Saturday morning (17° 1991) and again Tuesday (14° 1911), Wednesday (10° 1986) next week. 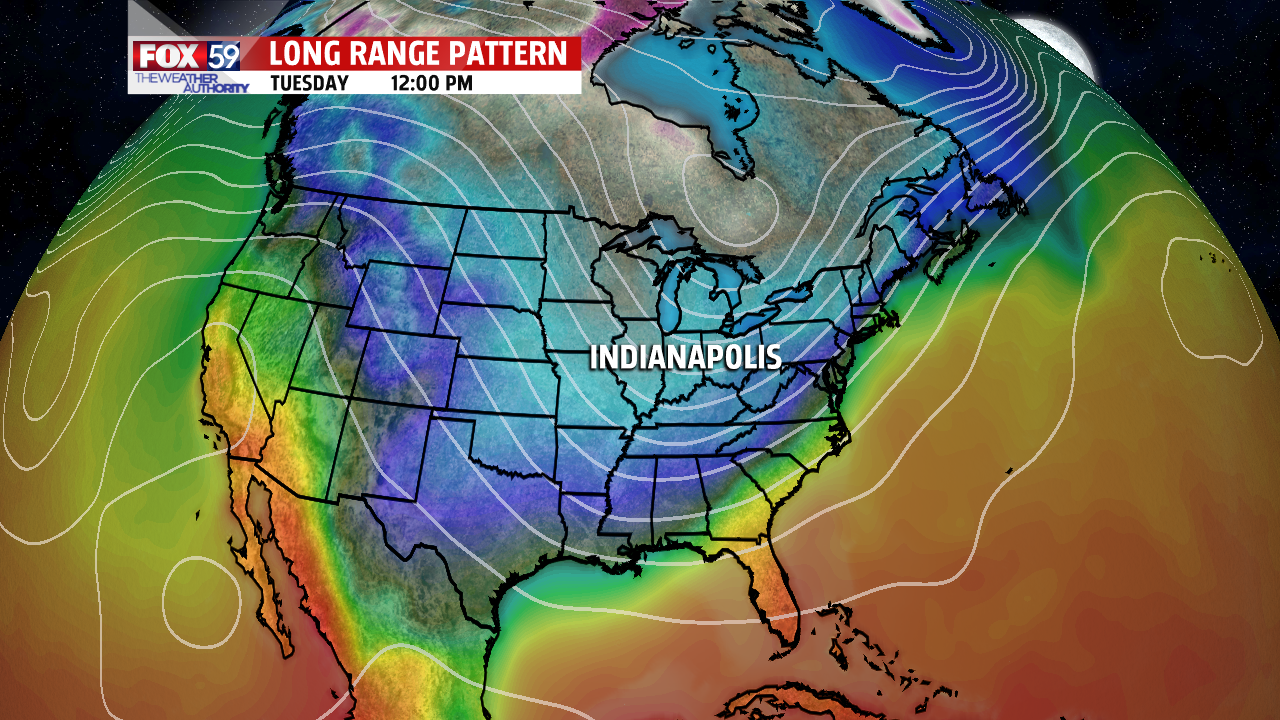 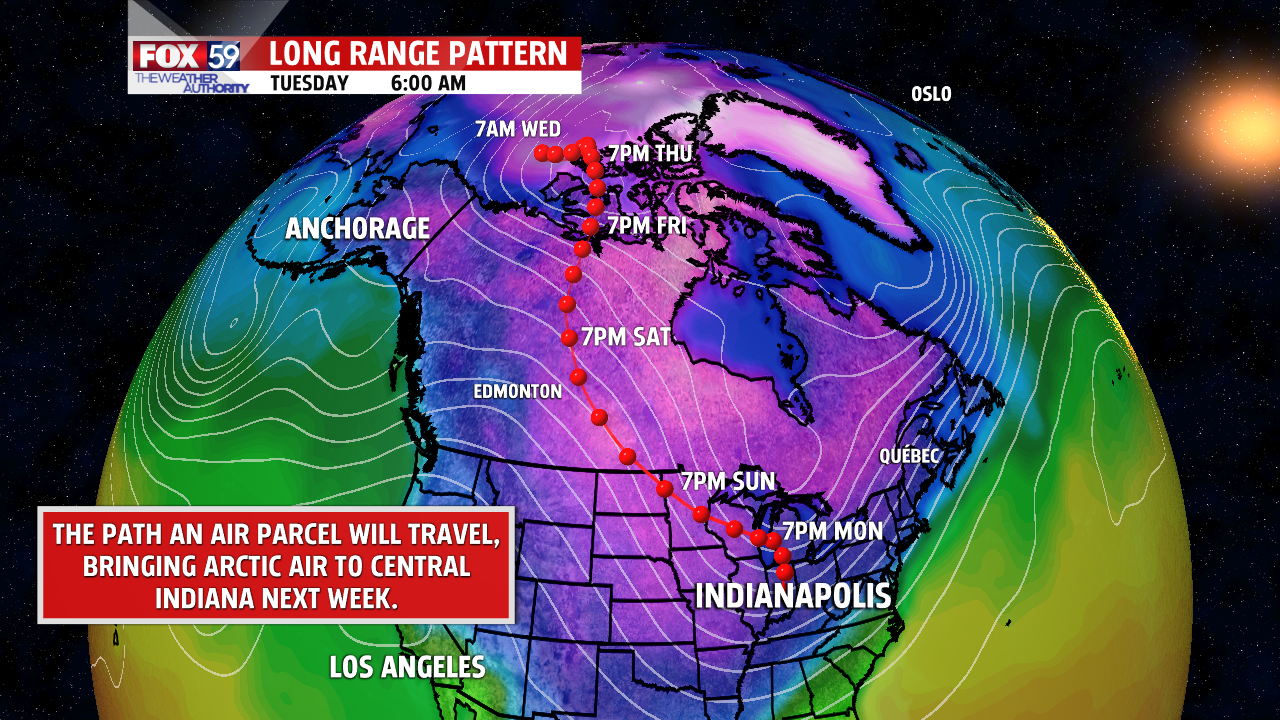 A cooler, more seasonal day is ahead, while sunshine continues at times and winds remain light.

Overall, a quiet, average day for anything outdoors, as snow continues to melt away! Winds will remain relatively light from the northwest at 4-8 MPH..

Cold front passes and warm up ends; Winter backs-off for the foreseeable future

For the second straight day, we enjoyed very mild air and many locations in north-central Indiana that failed to crack 50-degrees Tuesday got there Wednesday before a cold front slipped through. The front arrives shortly before 1:30 pm Wednesday in Indianapolis but not before reaching 58-degrees, the warmest of 2021 and the warmest since mid-December.

Wednesday's high was more typical for the normal high for March 30th through April 1st.

A few light sprinkles have developed on the radar this Wednesday morning. A cold front is going to travel over the state today and it may trigger a couple light rain showers at times.

Most of the day is going to be dry with additional clouds over the area compared to the full sunshine on Tuesday. It is also a mild morning with temperatures into the upper 40s and lower 50s.

‘Explore amongst the stars’: Win a seat on the SpaceX all-civilian mission

Baarack from the brink: Wild sheep rescued in Australia shorn of 77 pounds of fleece

US sees lowest flu numbers in decades amid pandemic