The cold hit hard following the passing of a cold front late Monday night.  The high temperature Tuesday of 37° occurred at midnight.  Shortly after 1 am the thermometer at the airport fell below freezing and remained below freezing all afternoon long.

The temperatures were as much as 30-degrees colder than Monday and when combined with a blustery, northwest wind produced a wind-chill in the single digits.

This is the coldest here in 28 days, coldest since the record setting mid-November Arctic outbreak.  Make no mistake, that was much more harsh here bringing all-time earliest single digits in Indianapolis and shattering several cold records.  Temperatures went to the single digits, even below zero in outlying areas weeks ago.  This cold is more impressive across the upper Midwest where lows dropped to -20° in some locations of northern Minnesota (Park Rapids -20°). 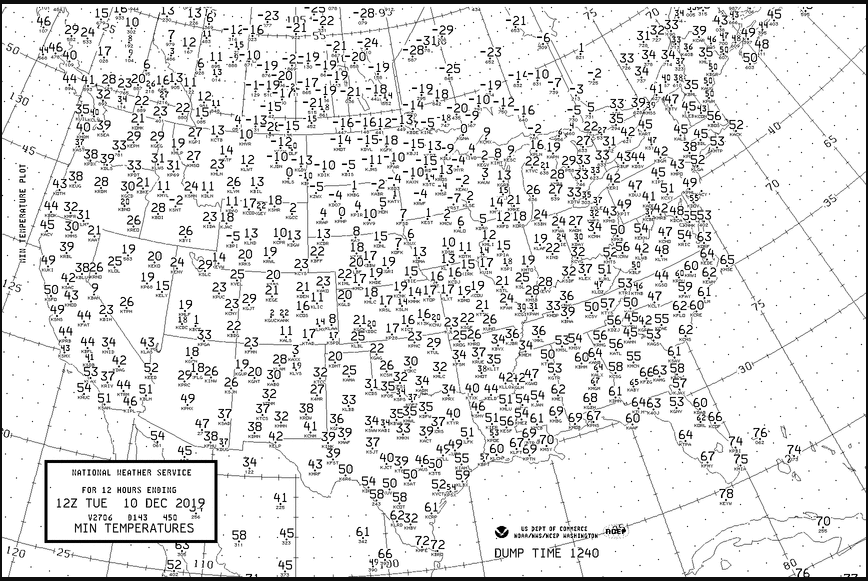 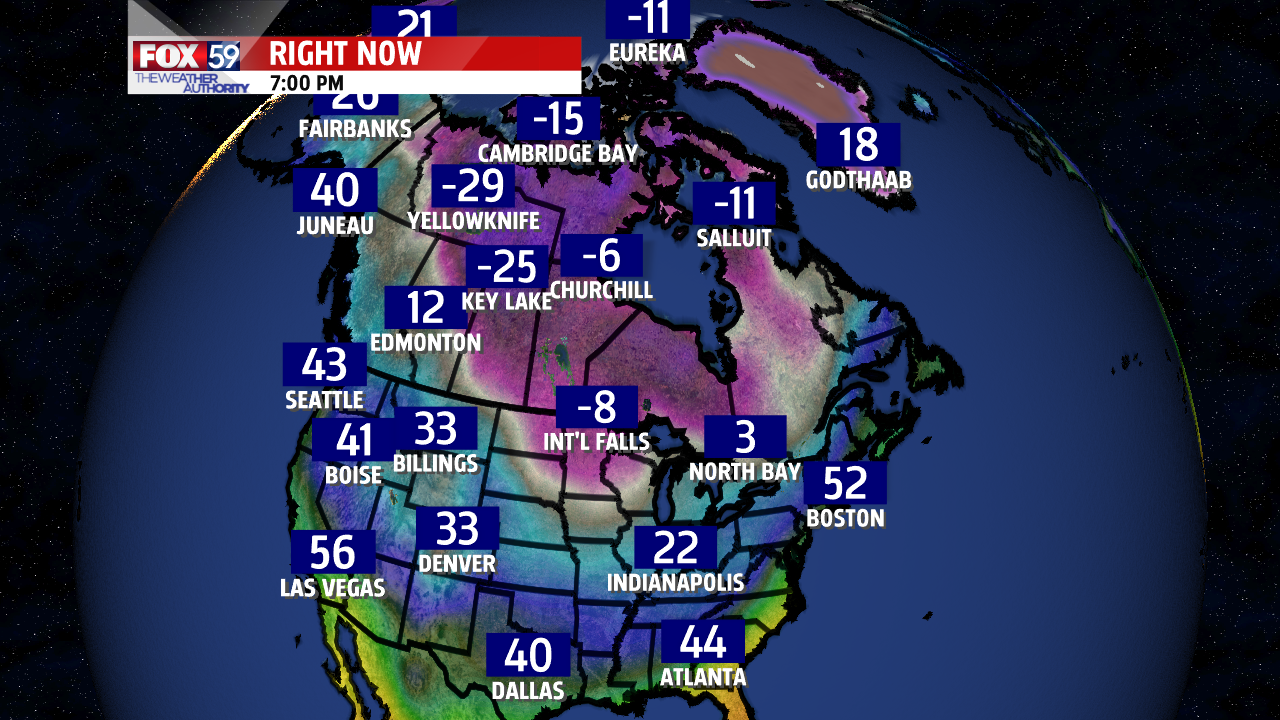 Skies will clear and temperatures will settle into the mid teens by Wednesday morning.  Winds will be lighter but will still produce a few single digit chills overnight and early Wednesday. 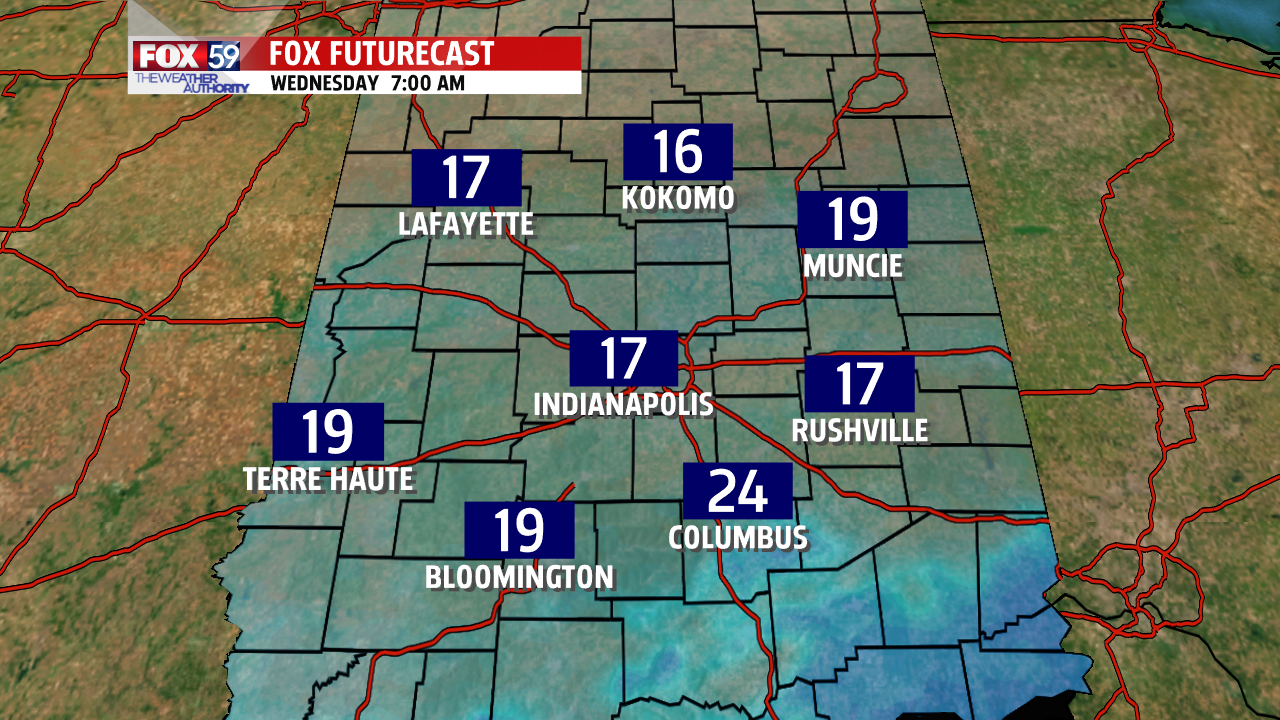 Warming up; dry stretch rolls on

We're closing out the final weekend of summer. We've been enjoying some really nice weather these past few days. The cool down has made it feel like fall started early. Although, temperatures Sunday afternoon were only a couple degrees shy of the average. The morning temperatures on Sunday were a different story. Temperatures were running a good 10-degrees below average with some areas falling back into the 30s to start the day. Dry air and sunshine really helped warm us up during the afternoon though.

We really need the rain. Several areas, including Indianapolis, are more than 2" below average for this month. Since August 19th, Indy has only received 0.04" of rain. That's the driest for the dates in 112 years. 64% of the state is currently considered to be "abnormally dry." That number is likely to rise or be upgraded to "moderately dry" by the next update on Thursday this week.