Central Indiana officially saw the first snowfall of the season on Halloween. Indianapolis only measured a trace amount of snow, but snow did coat grassy surfaces north of city. Totals stayed below the half inch mark across our northernmost counties. The system also brought gusty winds to the area during peak trick-or-treating hours. Many locations had peak wind gusts exceeding 40 MPH, including Indianapolis and Muncie! 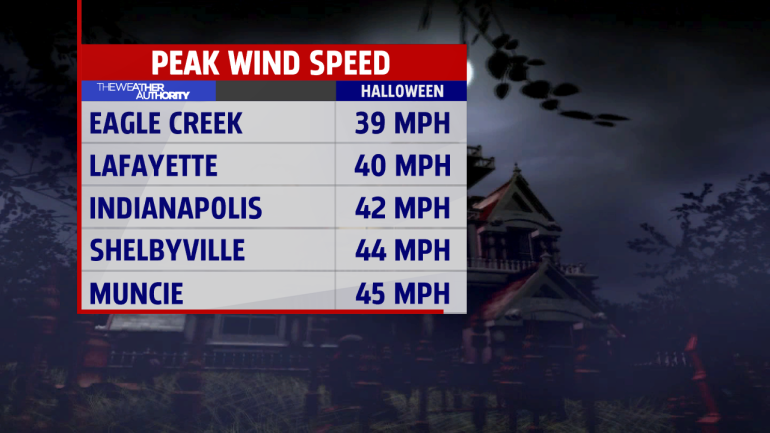 The coldest air of the season has arrived this Friday morning. Temperatures are in the 20s to start the day. Light winds out of the west-southwest is creating wind chill values in the teens. It is the coldest morning in Indianapolis since the first of April! A heavy coat with layers will be needed at the bus stop this morning. We will see more of the sunshine today with mostly sunny skies. Highs should reach the mid-40s this afternoon, which is nearly 15 degrees below normal for early November. 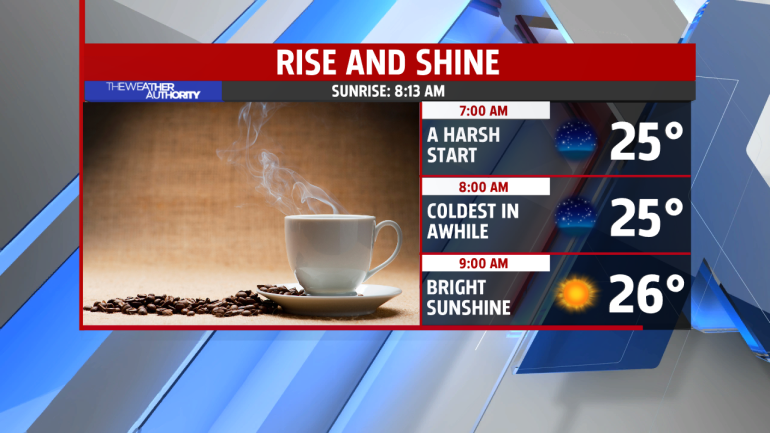 High school football games this evening will be chilly and dry around central Indiana. Temperatures will fall near 40° by kick-off, but it will feel like the 30s when you factor in the light winds. A few more clouds are going to move into the state overnight as lows drop near the 30° mark. Patchy frost may also form by early Saturday due to the clear skies and calm conditions through the overnight hours. 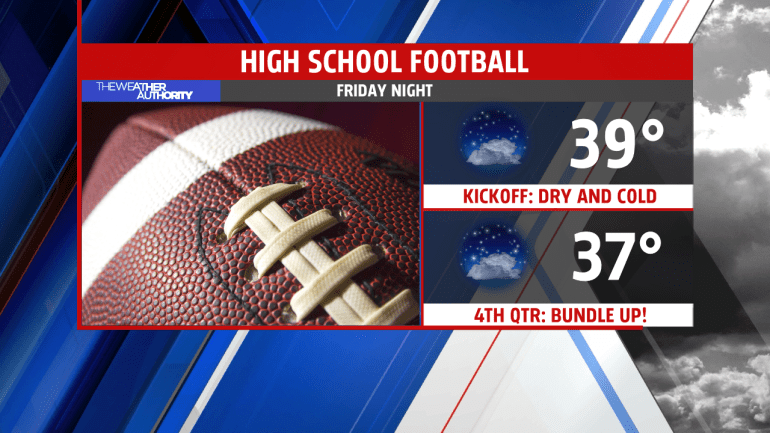 A weak nearby boundary will bring additional cloud cover to the area on Saturday. More clouds will fill into the state by mid-morning with skies becoming mostly cloudy by the afternoon. There could even be a few sprinkles or flurries at times during the day! The cloud cover will result in slightly cooler weather with highs in the lower 40s. However, there will be more sunshine through the second half of the weekend as highs reach the upper 40s. We fall back this weekend because Daylight Saving Time ends early Sunday morning. Don’t forget to set your clocks back one hour before falling asleep Saturday night! 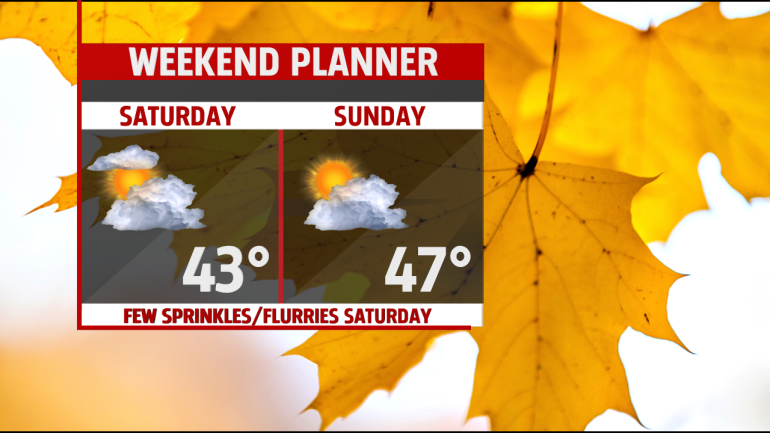 The 1974 Super Outbreak of severe weather and tornadoes occurred 46 years ago today! The event happened between April 3-4 and the system impacted 13 dates. Sadly, it resulted in 355 deaths in its path. There was a total of 148 tornadoes and 21 of them touched down in Indiana. 800 people were injured in the Hoosier State and 47 died from the outbreak.

Light rain showers are moving into western Indiana this Saturday morning. Ahead of the activity, skies have turned overcast across the state and temperatures are mild. Several locations are starting off the weekend in the 50s and upper 40s! Mild weather is expected today despite the rain and cloud cover over the area. Highs will likely rise into the lower to mid-60s early in the afternoon before dropping into the lower 40s overnight.

46 years ago today, on this date the Super Outbreak of 1974 began - part of the largest tornado outbreak in U.S. history. 148 tornadoes occurred in thirteen states with over 300 fatalities. This was the first time that it was recorded that one hundred tornadoes occurred in under 24 hours. At one point, 15 separate tornadoes were ongoing at one time.

In Indiana, 21 tornadoes struck the state, 47 died with over 800 injured. 3 F5 Tornadoes touched down in the state, the only time since 1950 that F5 tornadoes occurred in Indiana.

A cloudier start this morning, but milder too! Showers in Illinois are attempting to hold while crossing the state line, but most, if not all, will weaken before impacting our FOX59 viewing area. So another dry day is ahead! Although cloudier to start, expect the clouds to thin by late morning as sunshine builds in on a light, southwest wind. This will mark another fantastic day with warmer readings in the middle to upper 60s.

This evening looks great, as we remain dry and mild in the overnight!

One man killed & another hospitalized in late night motel shooting