A wind shift early morning signaled a new batch of cold air was arriving Wednesday. After the front headed south, the skies cleared, but the northwest winds were importing Arctic air.

High temperatures Wednesday were the coldest in five weeks, and for only the second time all season, the high failed to go beyond 25-degrees. 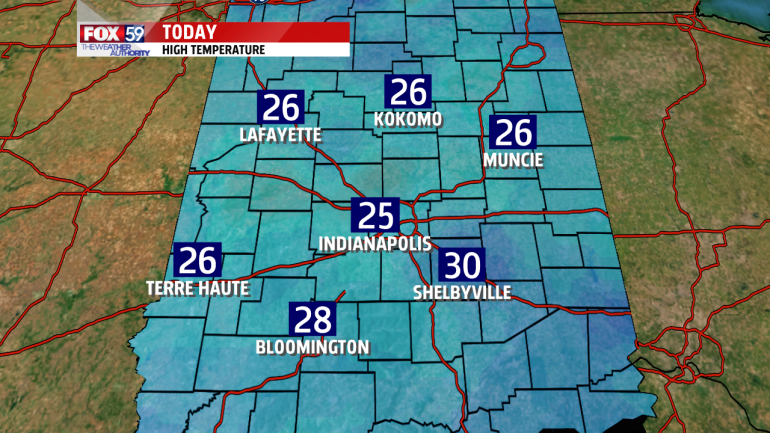 This air has its origins from northern Minnesota and Wisconsin, where actual air temperatures fell to -30°. Lows dipped to -33° at Cook and -31° at Orr and Bigfork, Minnesota. 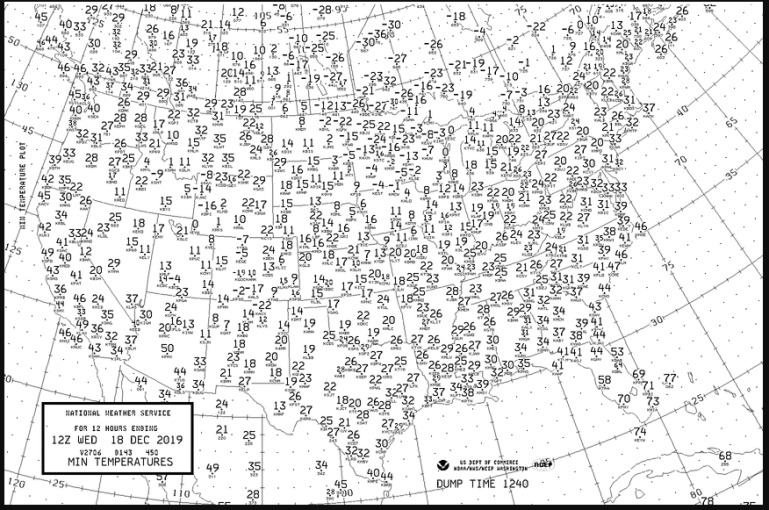 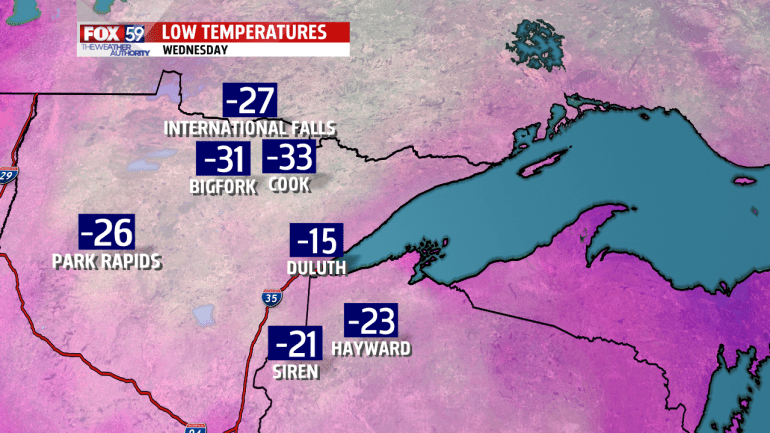 The clear skies overhead led to another fantastic sunset. Below are few of the scenes our cameras captured during Wednesday's western horizon.

All the ingredients are in place for these temperatures to tank quickly after sunset: snow cover, clear skies and winds that will go nearly calm. Many area temperatures will fall well into the single digits, with perhaps a few of the traditionally colder locations outlying nearing zero by Thursday morning. 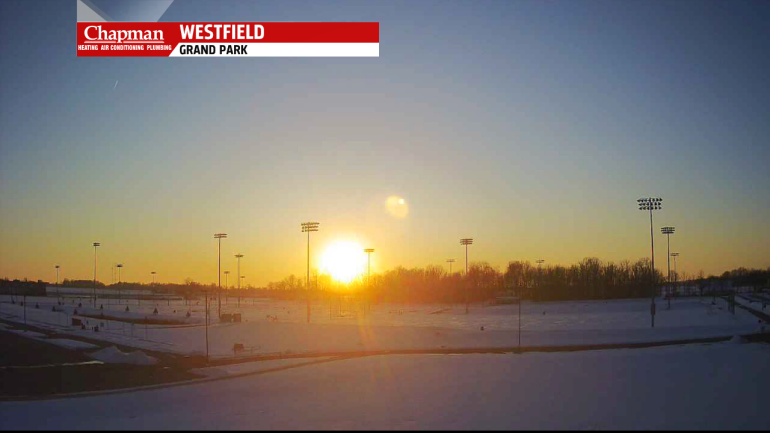 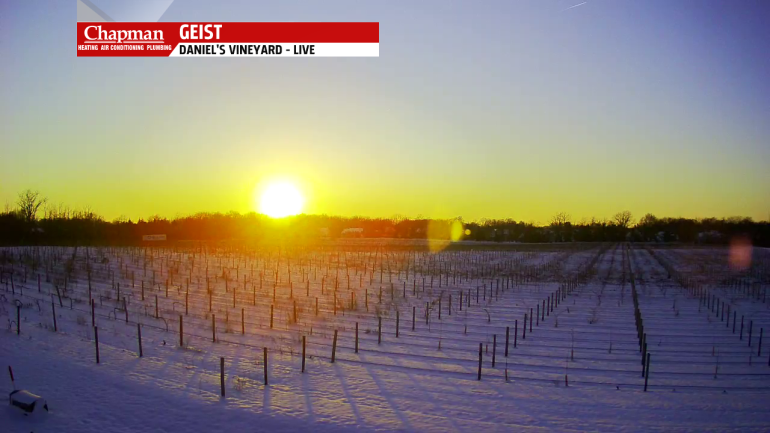 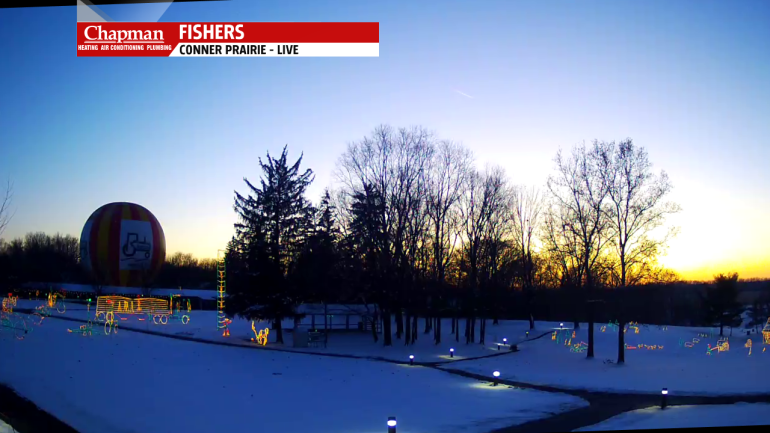 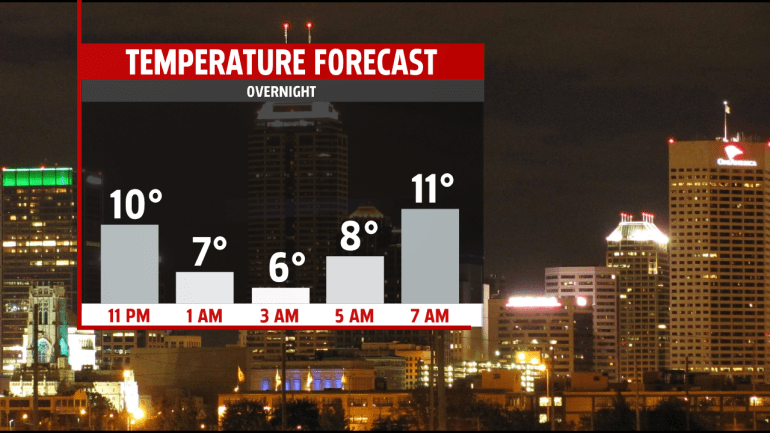 The pattern is changing again, and this arctic air is not long-lived. We will once again sever ties with the arctic branch of the jet stream for the next week. That means a warming trend is getting underway.

With such a expansive snow cover across the nation (48%), the milder air will be modified, meaning the snow will tend to slow down the warming. We are expecting a warmer than average pattern through Christmas day, with little to no precipitation expected. Afternoon temperature will climb back above 40-degrees and possibly reach a 50-degree day or two before the end of the year. 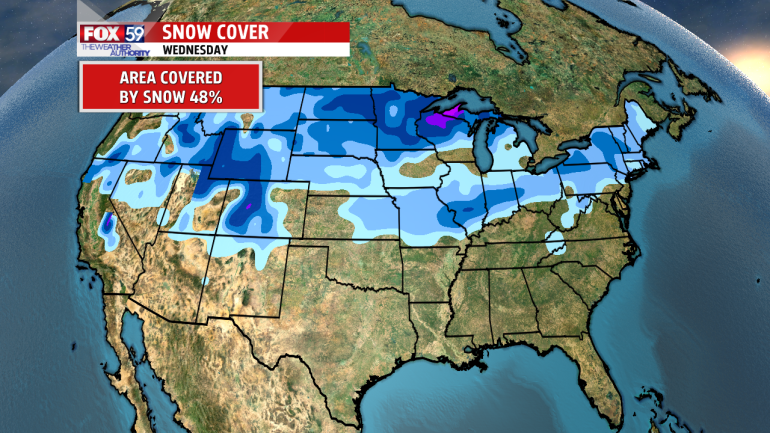 The snow on the ground is in jeopardy of melting away before Christmas with a daily thaw and a nighttime freeze through next Wednesday. There looks to be no significant storms coming our way for the next seven days. We are eyeing a large scale pattern change again as the new year opens. Stay tuned. 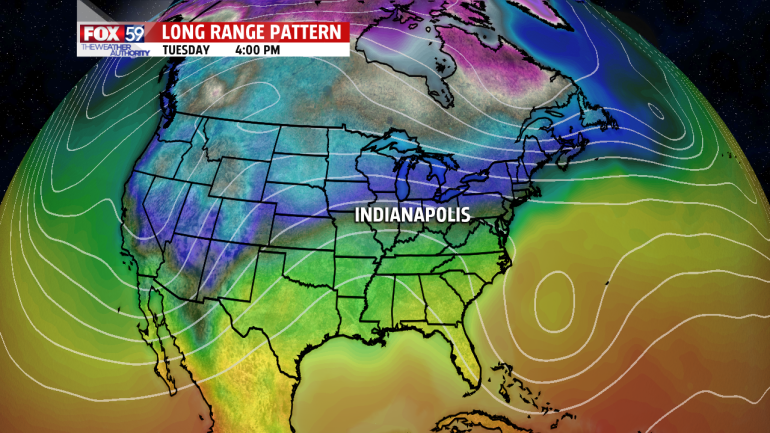 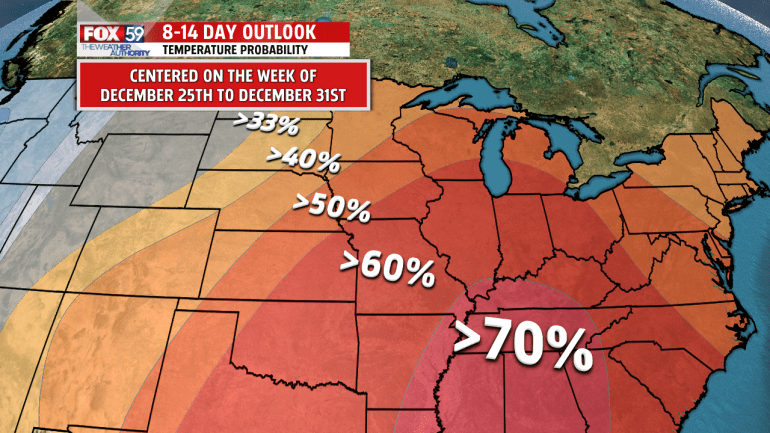 Expect another day of cloudy skies along with dreary, damp conditions while showers move across the state. Honestly, more of Monday's weather on the way through this afternoon while temperatures hover in the lower 40s. All roads will be wet NOT ICY through the evening rush hour. After midnight, colder air will wrap into the state and a transition will get underway from rain to snow showers. Pockets of snow…

The terrific weekend weather is well behind us as rain continues in central Indiana. Showers will linger overnight and Tuesday.

The rainfall Monday brought the total for the year to 8.5", making this the wettest open to a new year since 2005. At nearly 4" above normal, 2020 rainfall ranks 12th all-time.

Wet start to the week; snow times ahead

Rain is now here and will be with us through this evening and will likely continue off and on through Tuesday night. Steady at times, while our temperatures hover in the 40s through the afternoon hours both days. Grab the umbrella and heavier coat out-the-door, as gray skies loom overhead.

Colder air will wrap into this system by Wednesday morning, pushing a northwest flow back into the state. This will result in falling temperatures through the day, while pockets of snow move through the state. For now, snow totals look light and slushy with minor accumulations. By Wednesday evening, light snow and icy conditions will impact some counties before the snow comes to an end.

Father of brother, sister allegedly killed by teen: ‘I don’t think justice has been served’

Wrongfully convicted man who spent 23 years in prison will receive $1.5 million from state of Kansas

California family spends $50,000 to clone dog they credit with saving their lives

Father of brother, sister allegedly killed by teen: ‘I don’t think justice has been served’