Grab the rain gear before heading out the door this Wednesday morning! Scattered rain showers are filling into central Indiana. Most of the activity is falling west of Indianapolis at 5 AM, but steady rain and overcast skies are likely through the morning commute, including in downtown Indianapolis. Temperatures in the 40s are expected around the area this morning and will struggle to recover this afternoon due to the additional cloud cover. Highs should peak near the 50° mark today, which is about 10° cooler compared to the average high for late October. 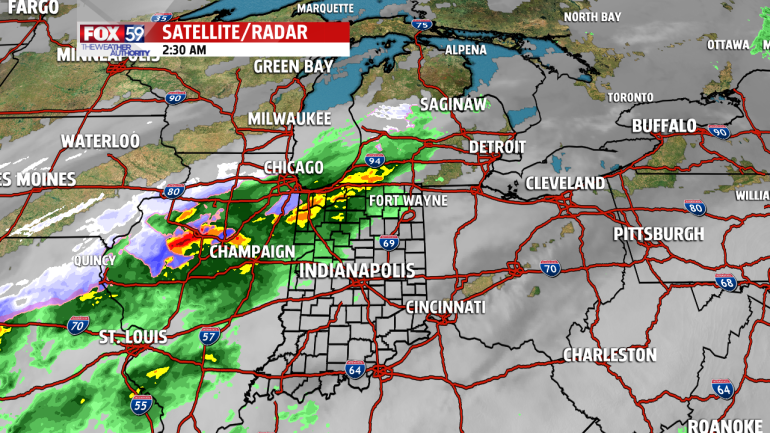 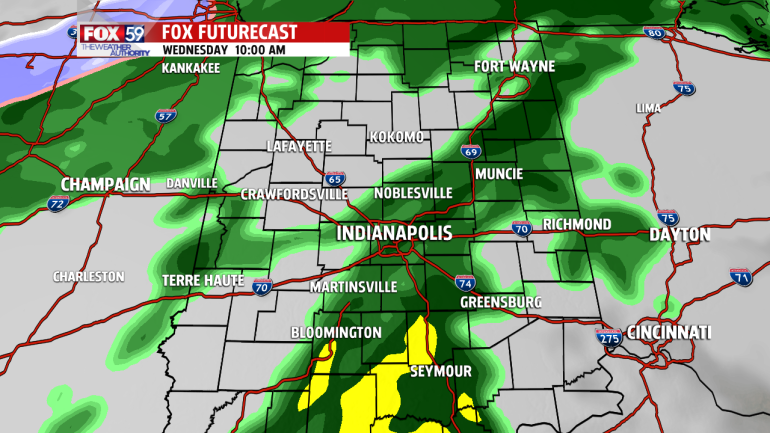 We will see rain from the storm system today, but it is a different story for northwest and central Illinois this morning. Snow showers are already falling in our neighboring state and could result in 1”to 3” snow accumulation for areas under a Winter Weather Advisory. The cold air behind the system will eventually whip around the low pressure system and bring a large temperature drop for Indiana! 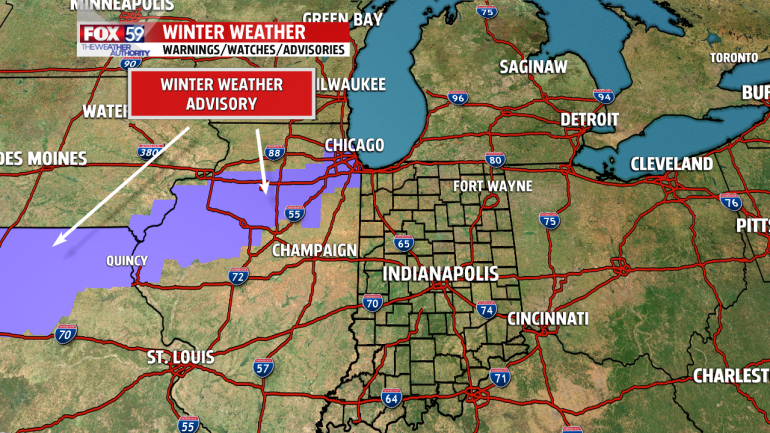 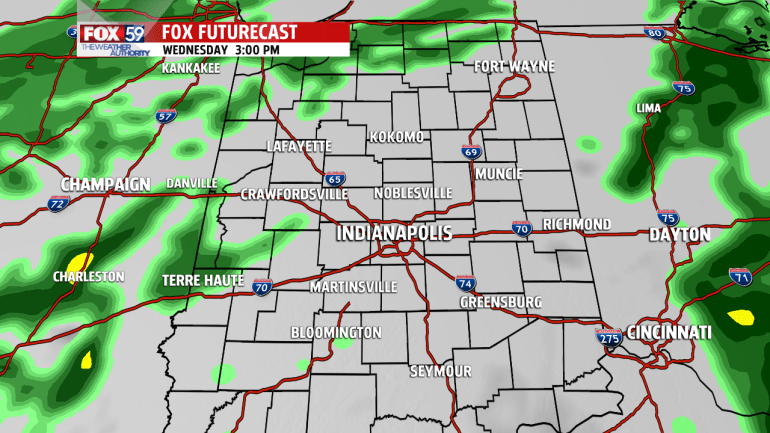 Light rain is possible overnight as temperatures will begin to fall. The warmest time of the day will be shortly after midnight with temperatures in the upper 40s. We’ll start Halloween with scattered showers but winds out of the west-northwest will rapidly pick up Thursday afternoon and colder air will whip around the storm system. Cold air spilling into central Indiana will help temperatures drop into the upper 30s during trick-or-treating hours! As a result, the rain may mix with snow showers Halloween evening and night with howling wind gusts nearing 40 MPH! 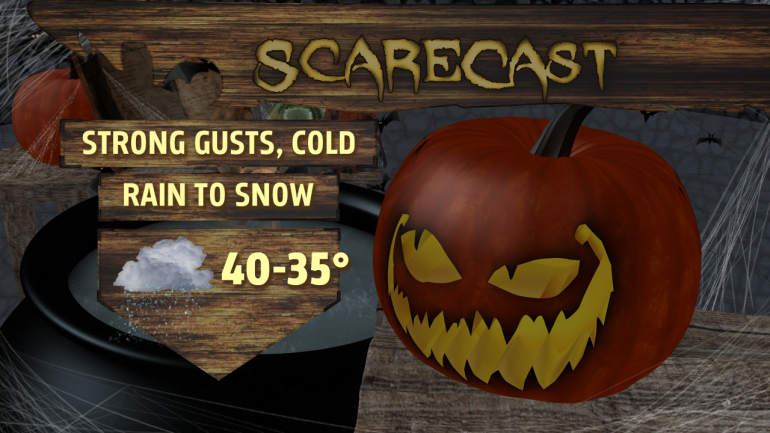 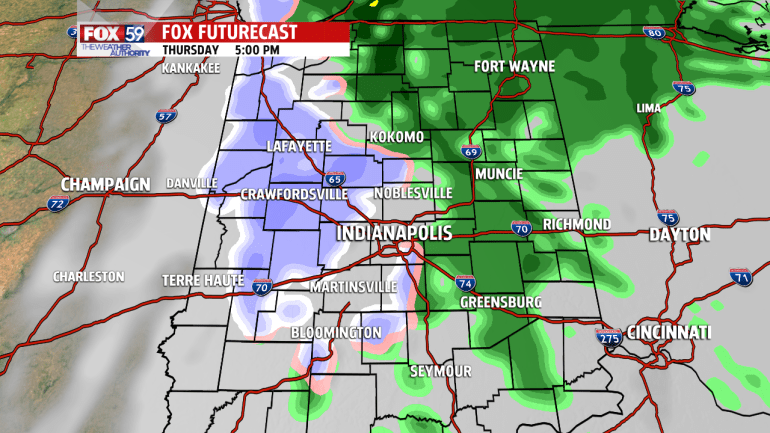 The wintry precipitation should move out of the area by midnight, but temperatures will continue to sink into Friday morning. Friday morning’s lows are going to fall into the upper 20s and lower 30s, which will be the coldest air of the season so far! Wind chills could dip down into the lower 20s for kids at the bus stop Friday. 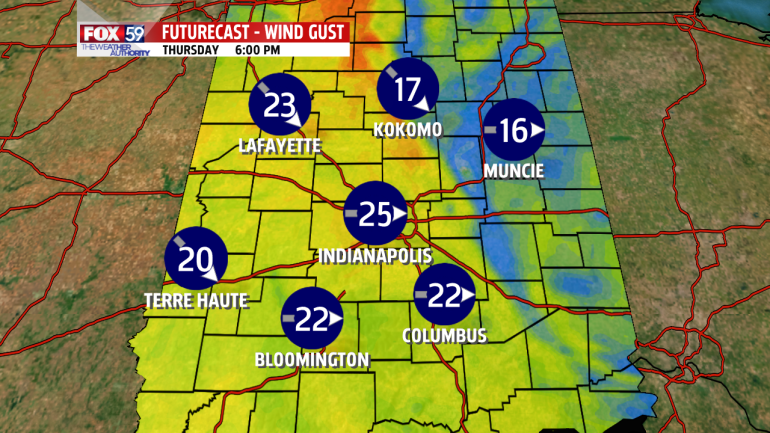 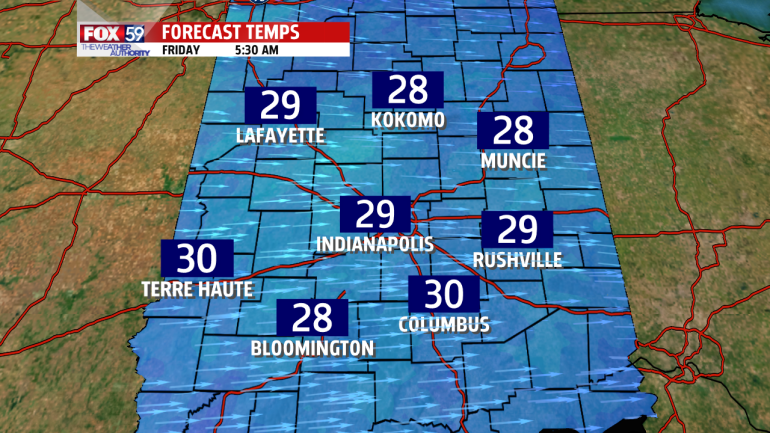 Cool weather is expected this weekend, but the weather pattern will become quiet over the Ohio Valley. Highs on Saturday and Sunday will be running near 15° below average with highs in the mid-40s. Rain chances will hold off until next Tuesday. 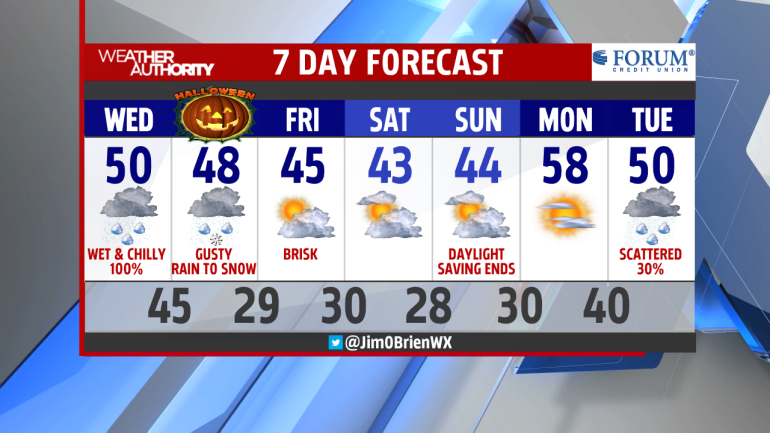 Spring in full swing; mild stretch through early next week

It was a beautiful afternoon with sunshine overhead, and the temperatures responded! What a climb it was from early morning low temperatures at or even below freezing, to afternoon numbers into the low/mid 60s.

The higher April sun angle and the low relative humidity aided in a temperature rise today alone of as much as 30-degrees.

Indianapolis CBP seizes $1.5 million in fentanyl with help of K-9

Trump administration moves toward promoting broader use of face masks

Schools to stay closed in Indiana for remainder of academic year