A complex and far-reaching winter storm is getting its act together in the panhandle of Texas late Friday night. At the same time, bitter cold is on the move, poised to spill south into the central U.S. for the first time in over six weeks. Powerful upper air winds off the Pacific and the polar regions of the U.S. will combine to ignite a deep and dangerous storm system that will track south to the state this weekend. 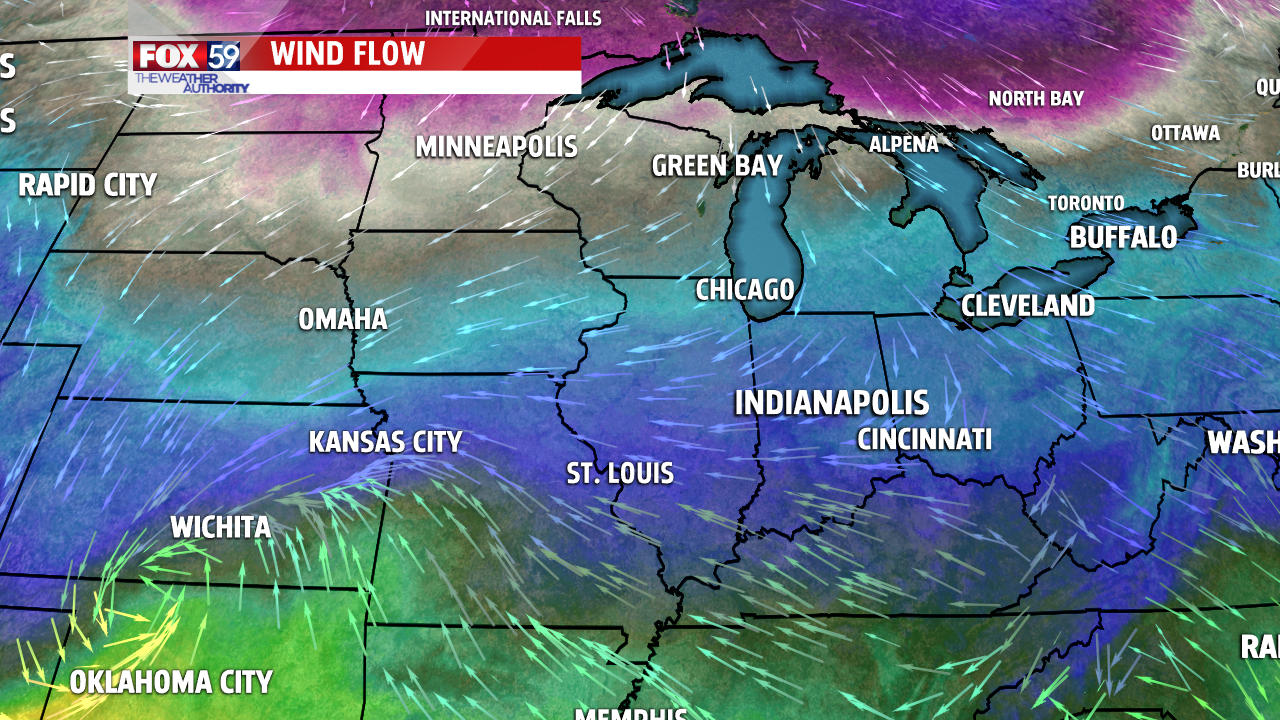 We have discussed the “phasing” of the two jet streams all week along and how it will impact the severity of the storm. With combined energy of two jet streams this storm has much more teeth than last week’s and promises to deliver a variety of wintry weather. The picture is still developing and isn’t completely clear and will remain fluid through sunrise but things are coming more aligned for timing, track, temperatures and types of winter weather expected here.

The Gulf of Mexico is open for business and the storm will have a plentiful supply of moisture to deliver here in central Indiana. The southern track favors a heavy snow band through the state that will extend well into New England late Sunday. Over two dozen states are under some form of winter advisory due to this storm alone. 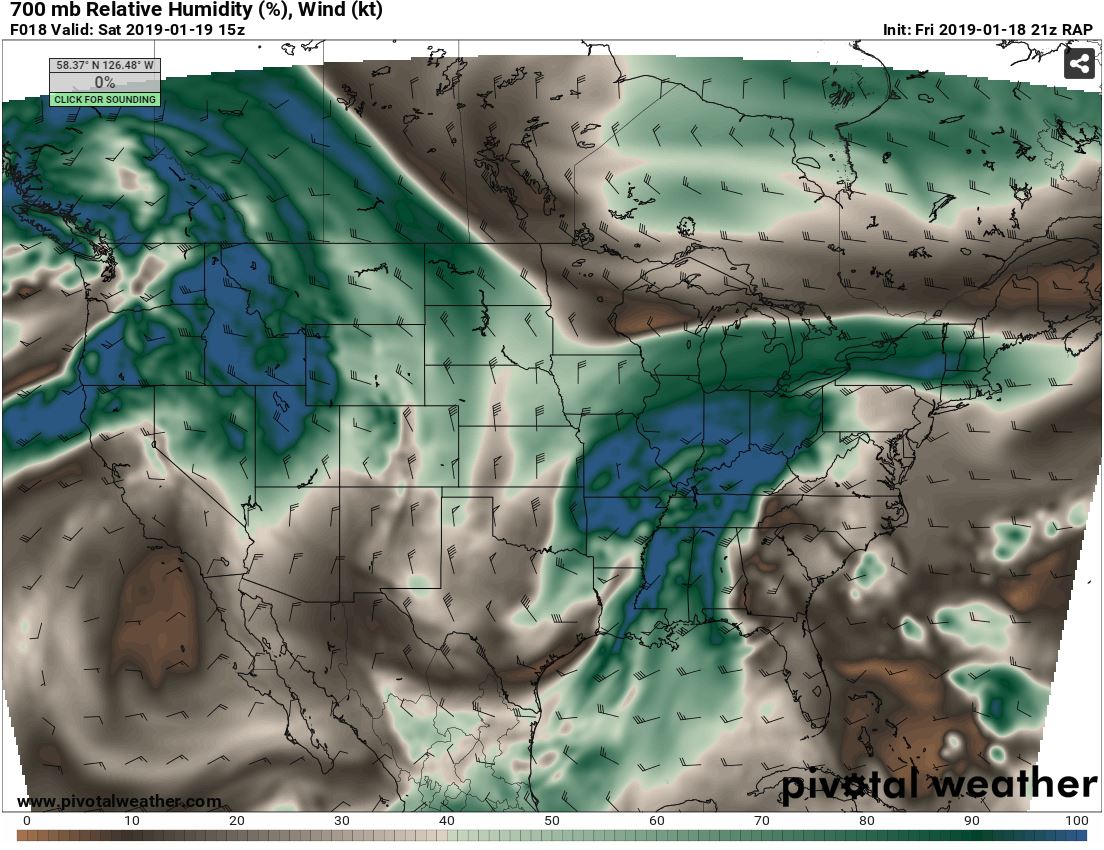 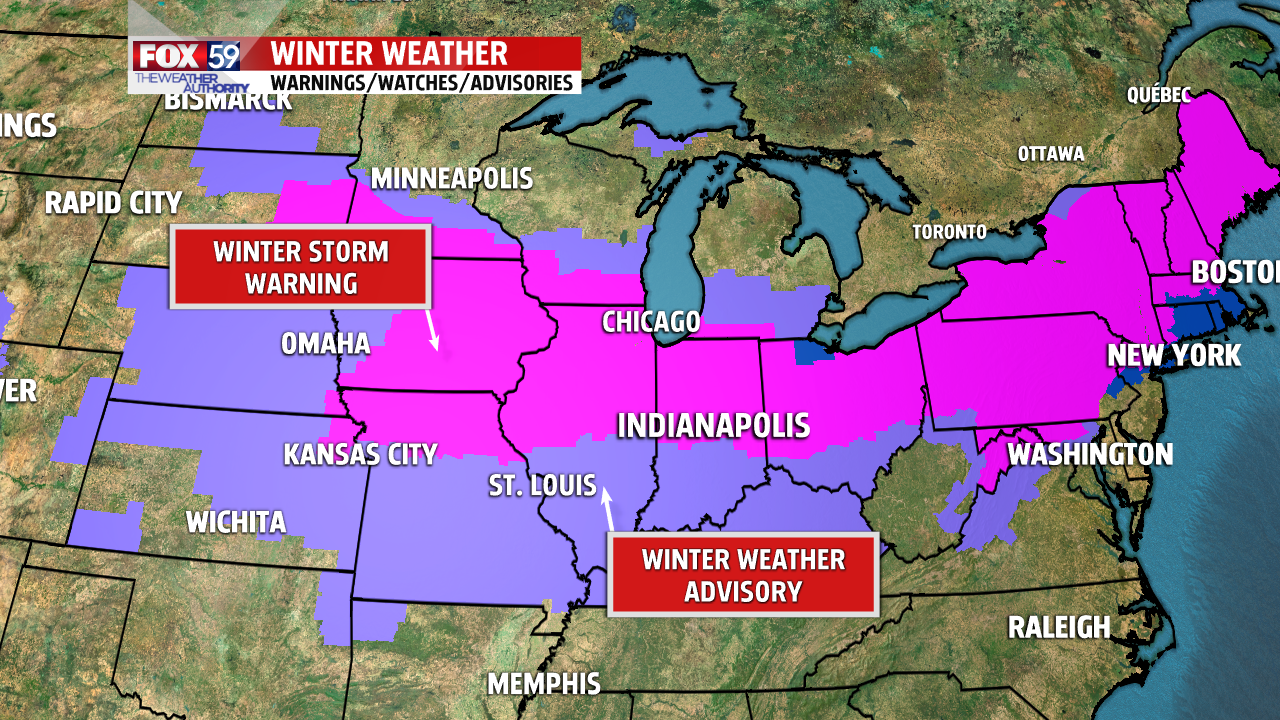 As the storm gathers, energy across the central and upper Midwest will create snowfall with several inches expected late Friday into early Saturday. Late tonight and early Saturday, the arctic branch of the jet stream will begin to enter the southern storm, creating a deeper low pressure with strong winds and added upper air energy.

A wintry mix of weather is expected to spread intro central Indiana before sunrise, a combination that will include snow, sleet and freezing rain. Conditions are to deteriorate quickly Saturday morning into Saturday afternoon as the storm center moves across central Tennessee.

We felt yesterday that the secondary snow band would occur on the northern periphery of the fully developed low to our south. That will be phase two of the storm event and will bring an additional heavy snow accumulation for many areas that received mainly the mix earlier in the days. 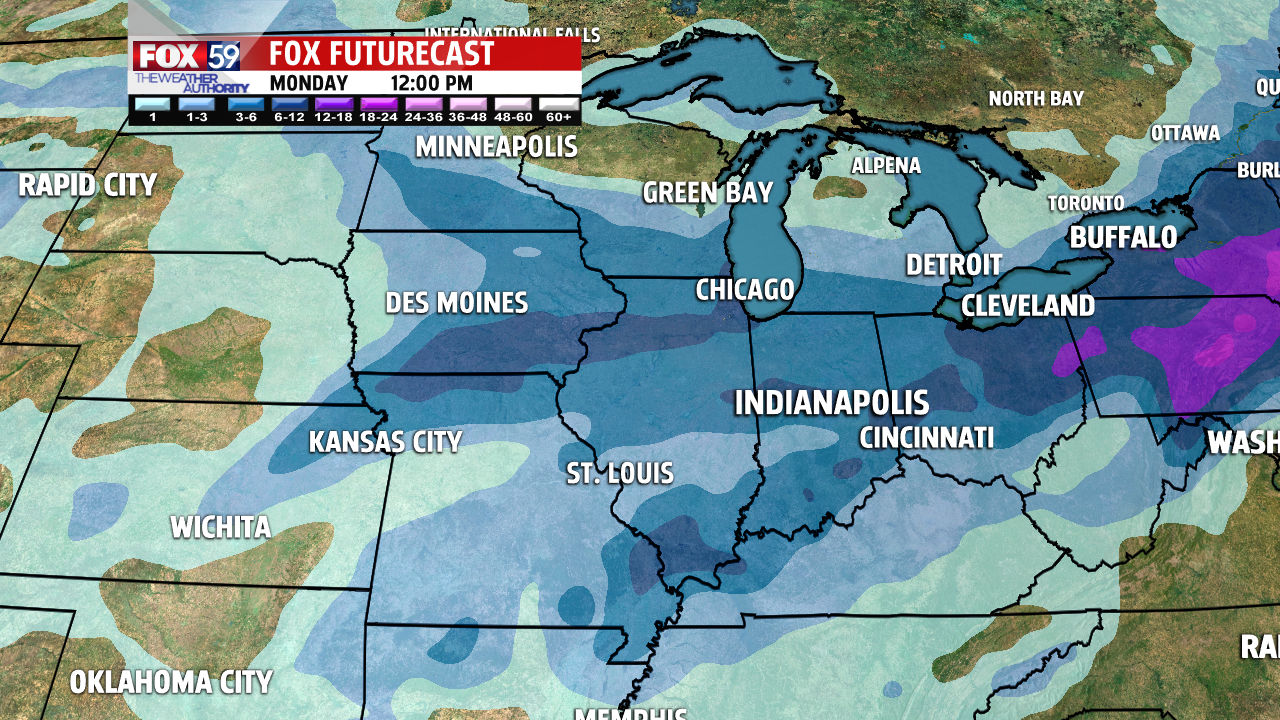 Early Saturday morning, the wintry mix will spread east and likely arrive in the city around 4 a.m. to 5 a.m. A narrow band of freezing rain, sleet and mixed snow could fall along and south of I-70 for a time early Saturday, creating slick and icy conditions. Ice accumulation of .10″ to .25″ could occur before a change to snow. 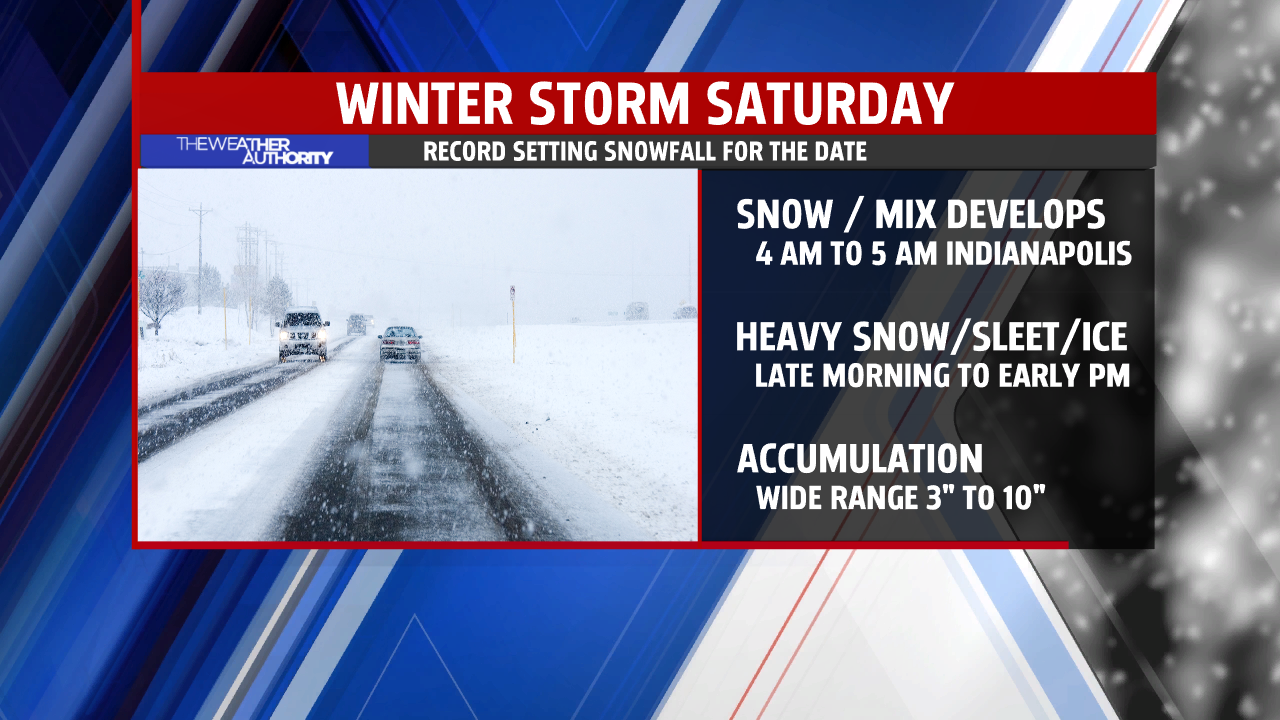 Snowfall amounts will vary widely due the mix, but all locations will see some accumulation. I’m posting below the probability of 4″ snowfall or greater below from the Weather Prediction Center’s multi-model ensemble below. Where primarily snowfall occurs upwards of 8″ to 10″ of snow (locally higher) would occur. We certainly have made some adjustments to the forecast and will likely require more later tonight. 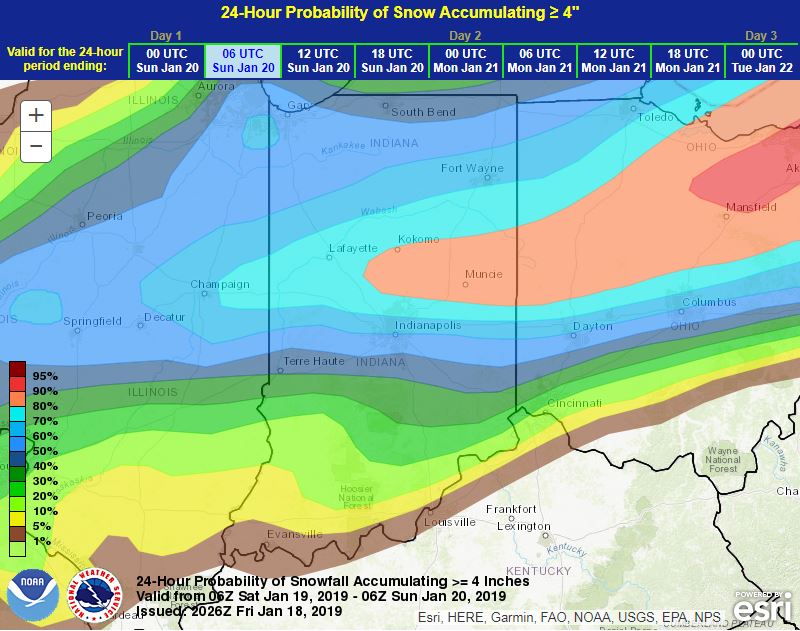 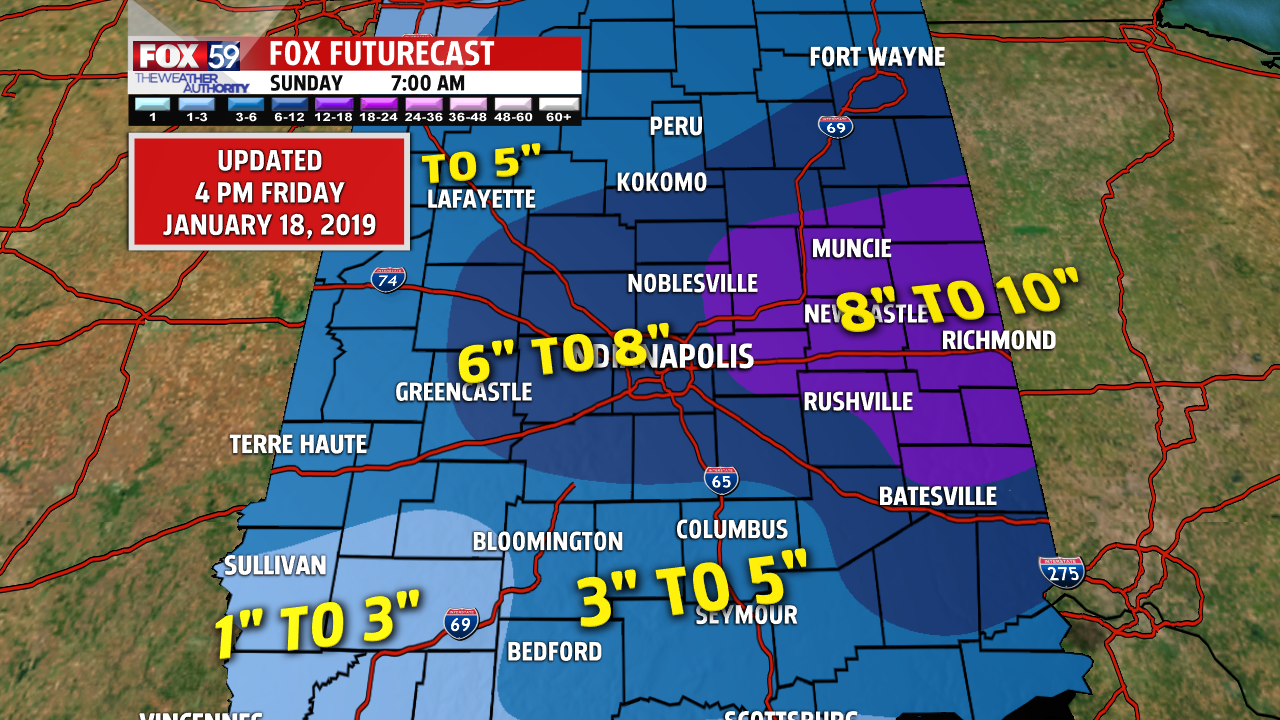 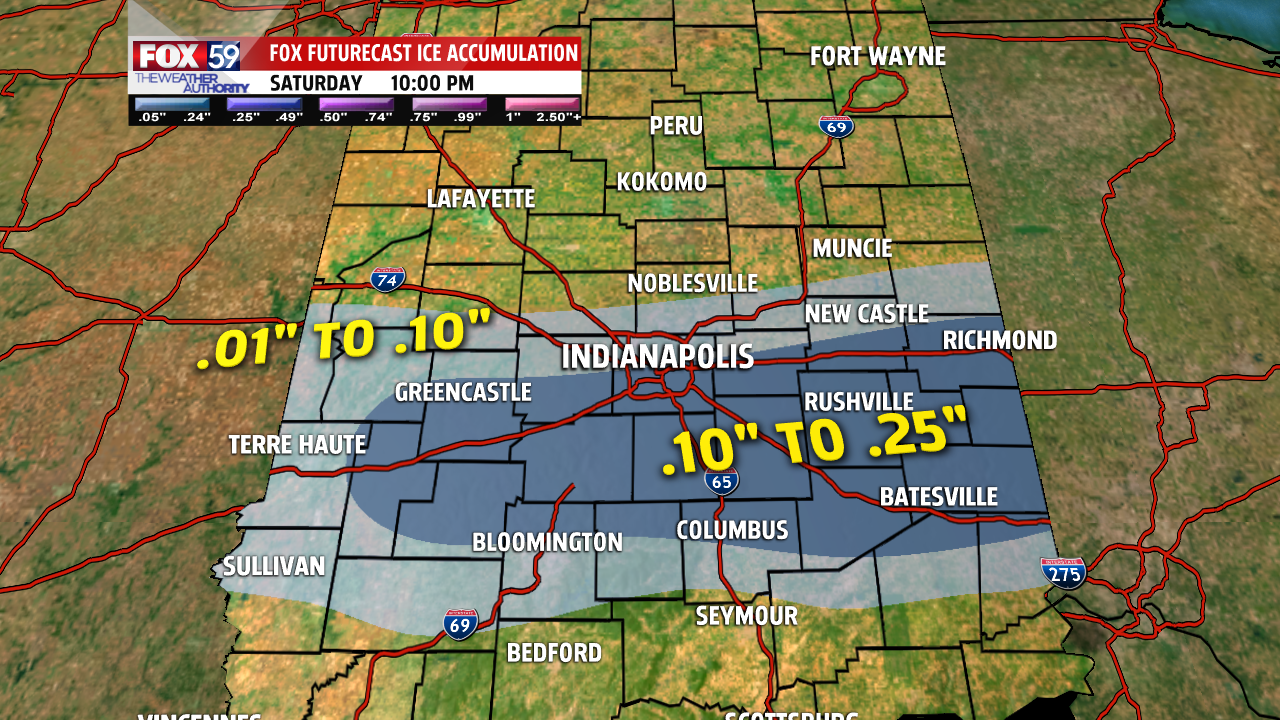 Winds will whip the snow around and create dangerous travel and possibly impassable roads at times Saturday afternoon and early evening. Travel is not recommenced Saturday afternoon with reduced visibility with gusts topping 35 miles per hour. The cold will come roaring in, producing a wind chill of -10° to -20° by early Sunday morning! Brace for the bitter blast as temperatures will likely fall below zero by Monday morning. 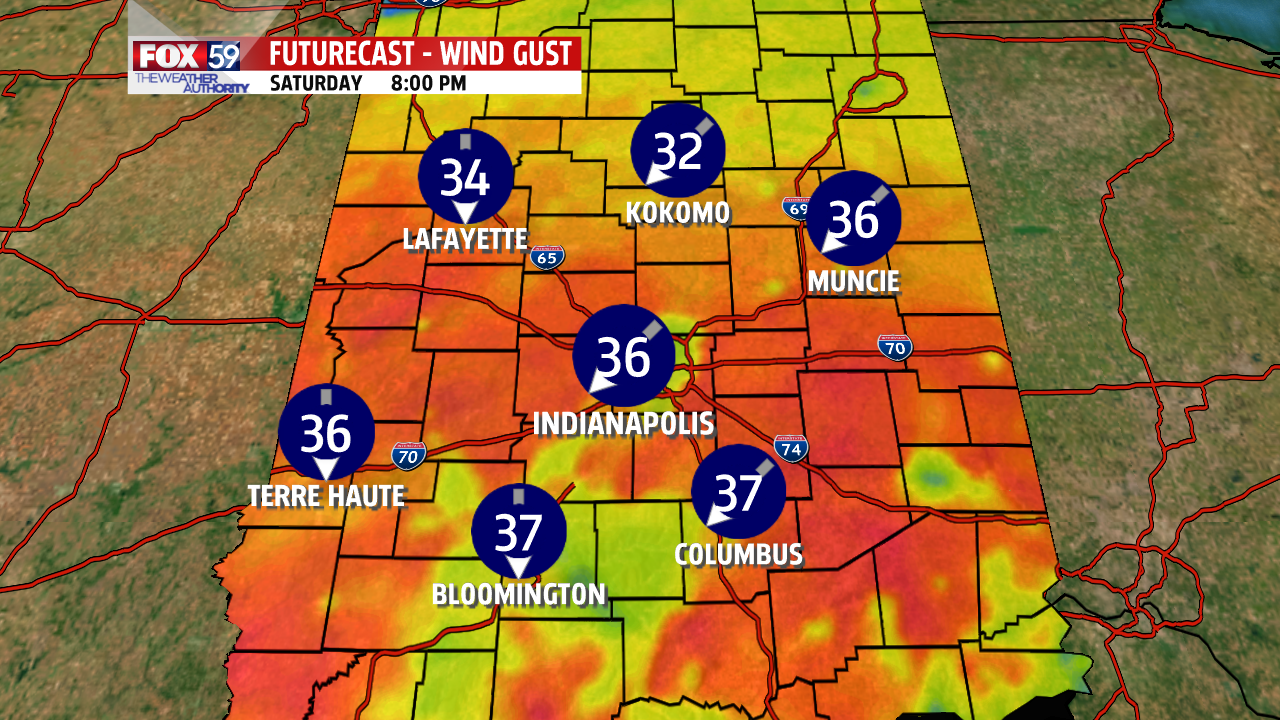 Again, more information will be available later tonight and updates/changes to ongoing forecasts will then be revised. Be sure to check FOX59.com for road information and statements or updates.

Another chilly night; warming trend into the weekend

What a Wednesday! Temperatures early Wednesday dropped to the coolest we've seen since mid-June. While Indianapolis fell to a cool 54°, many surrounding cities dropped into the 40s.

US State Department lifts global ‘Do Not Travel’ advisory

Dreasjon Reed’s family receives autopsy report: ‘No way you can do that to somebody’s kid and be OK with it’