Clouds are hanging on and will actually thick up this evening but dry time holds for the rest of our Friday evening and most of the overnight. Rain spreads north form southern Indiana pre-dawn Saturday.  Below the forecast for 8 am Saturday morning.  The rain will quickly in crease in coverage and intensity before noon. 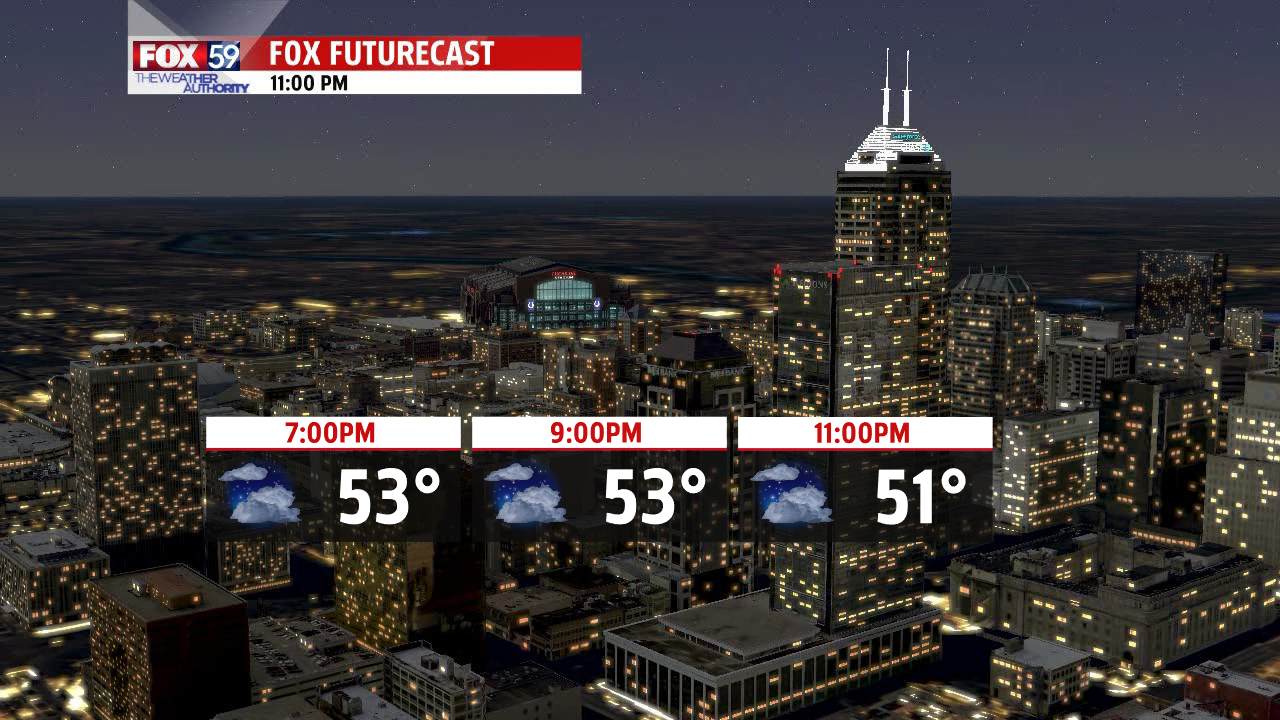 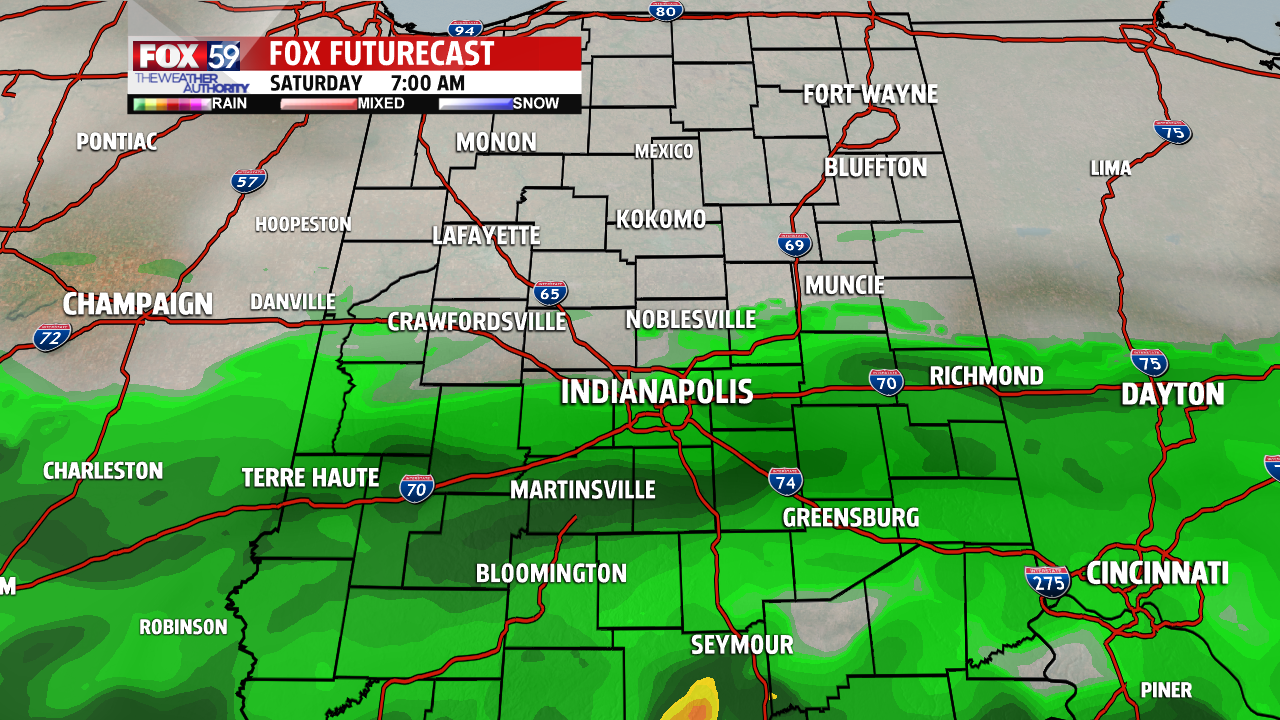 RAIN WILL BE HEAVY SATURDAY

It may be late in October but a tropical storm has formed in the Gulf of Mexico Friday night and will be bringing rain to central Indiana.

Tropical storm Olga will move north tonight and merge with a stalled front and another low pressure in Louisiana before sunrise Saturday.  The Gulf of Mexico is wide open for business pumping loads of moisture into the state to open the weekend. 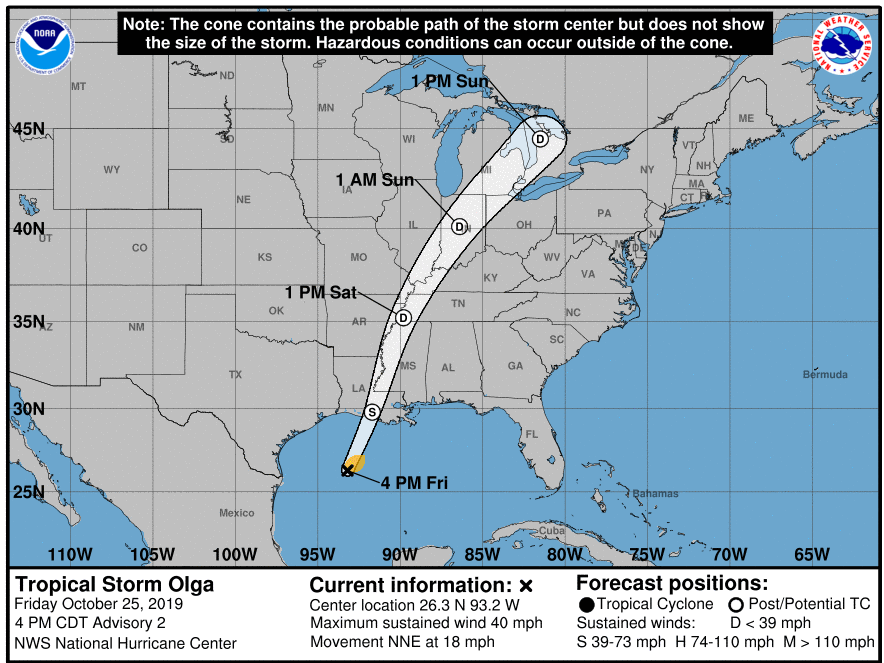 Off a half-dozen machine rainfall forecasts, the average for Indianapolis is 1.68″. The spread ranges from 1.03″ to 3.20″.  The higher totals will be in and around embedded t-storms. 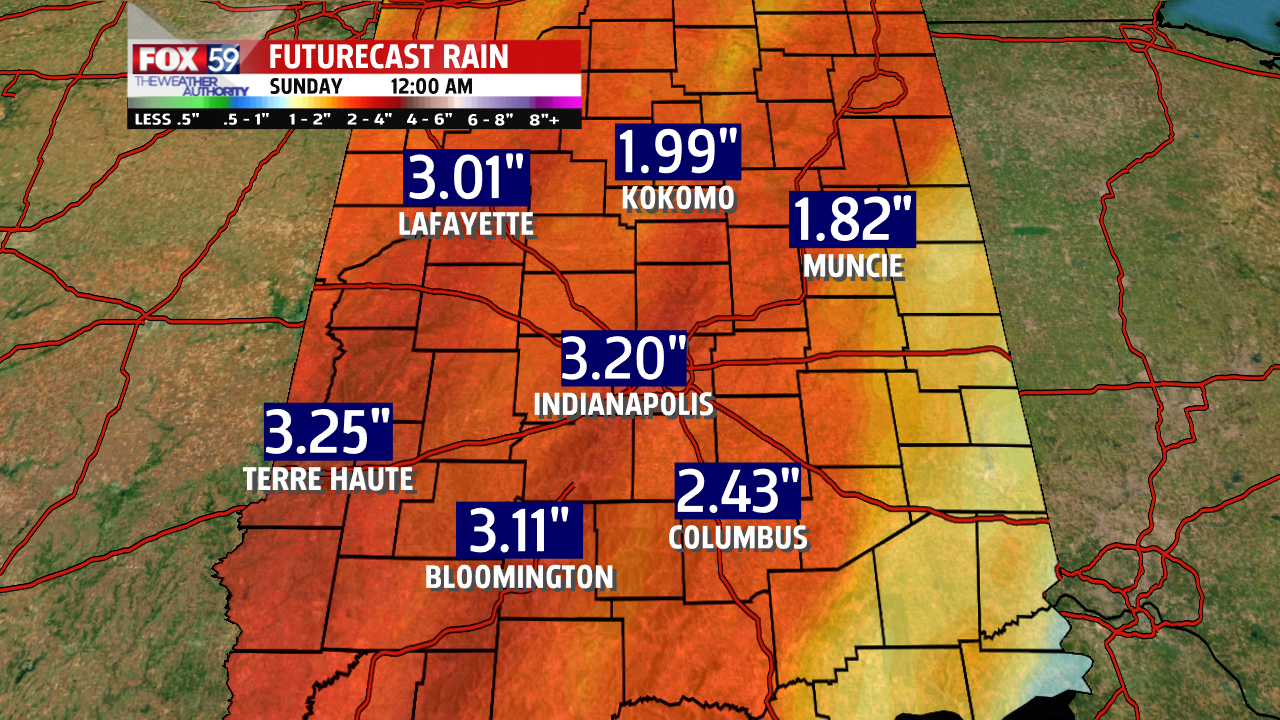 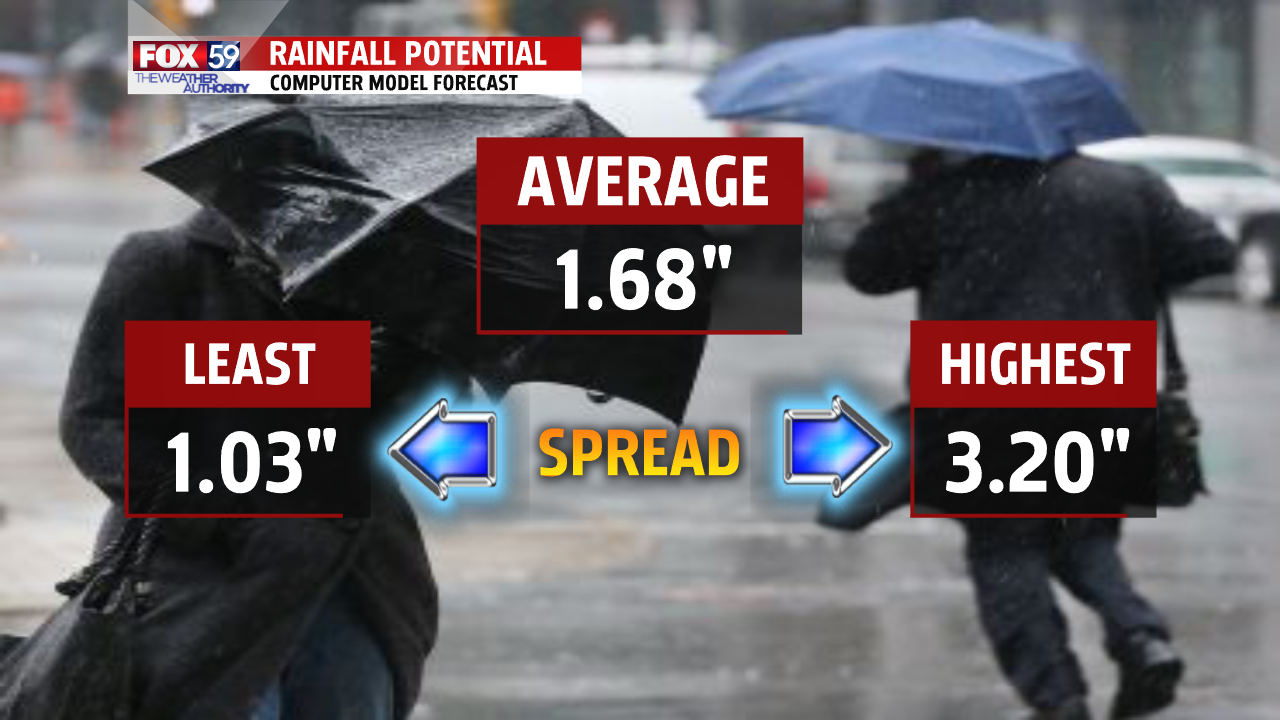 Flash flooding is a possibility even thought it has been mainly a dry autumn.  Flash flood guidance suggests that we would need to receive 2.3″ of rain in one hour to bring on flash flooding in any of the central Indiana counties and that isn’t likely.

However, with 3″ to 3.5″ rain over the span of 3 to six hours, flash flooding is possible.  Stay alert and never drive through high water!  Should flash flood warning be issued – remember to “turn around and don’t drown”. 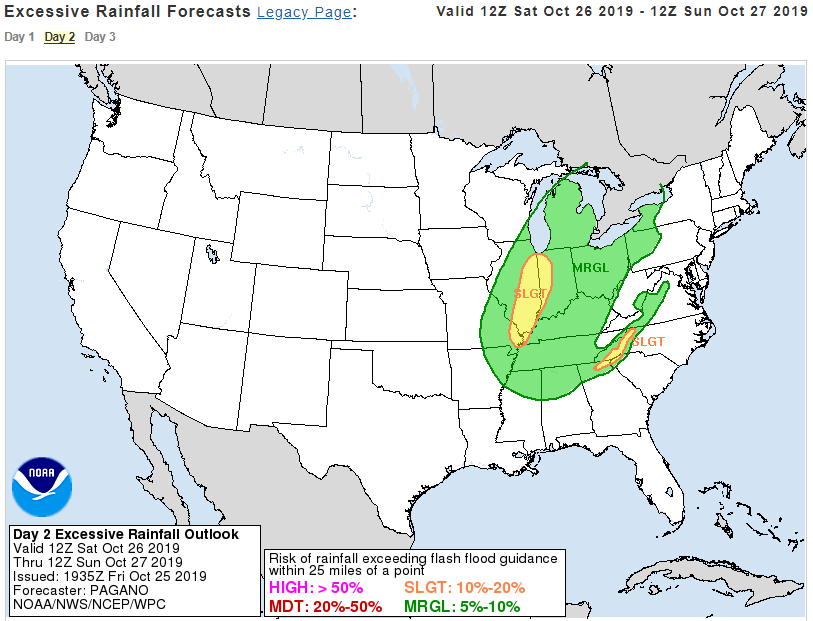 A few storms in the mix are a real possibility – once again bringing on locally higher totals but we will also be watching for a strong or even severe storm as well.   Low topped convection, coupled with a modest spin in higher levels might get a few storms to twist.  There have been numerous tornado warnings issued along the Gulf Coast into southern Alabama and Mississippi late day.  We will be watching the set up carefully and fully expect that it would be isolated at best.  Be sure to check in again on air and on line Saturday.

We will salvage the weekend with improving weather Sunday.  Skies will brighten and rain will be long gone before noon.  Temperatures will be mild, topping the low/mid 60s.

Skies are clear and temperatures are cool to open the morning and weekend. Sunshine will dominant the day, as highs reach the upper 60s.

A clear sky tonight will mark the coolest air of season, chilliest since mid-May. A frost advisory tonight will kick in at 2 a.m. for our extreme northern counties. No rain in the forecast for the next seven days.