Critical air temperature dipped to or below freezing just before 5 p.m. Wednesday as a plume of moisture raced into central Indiana. Temperatures are now supporting freezing rain and sleet, creating a light icing for the evening commute.

Area road temperatures are still above freezing, but light ice accumulation is occurring along and north of the I-70 corridor. 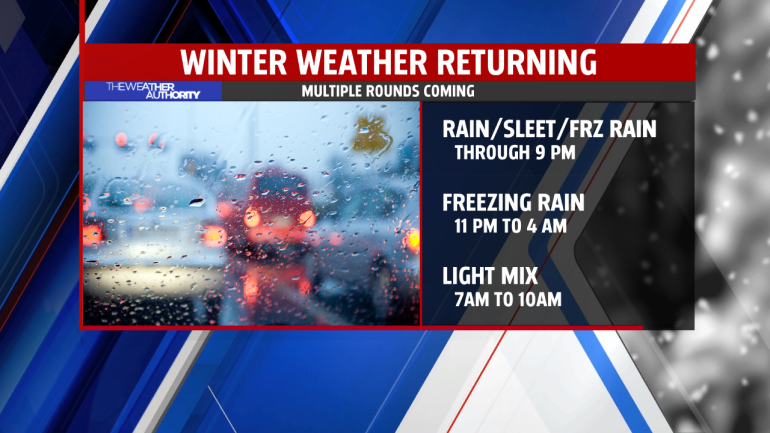 Slight adjustments have been made to the ice accumulation forecast as temperatures lowered to support freezing rain. Freezing rain began at 4:45 p.m. By 6 p.m., sleet and snow were sticking in Howard County, near and in Kokomo. 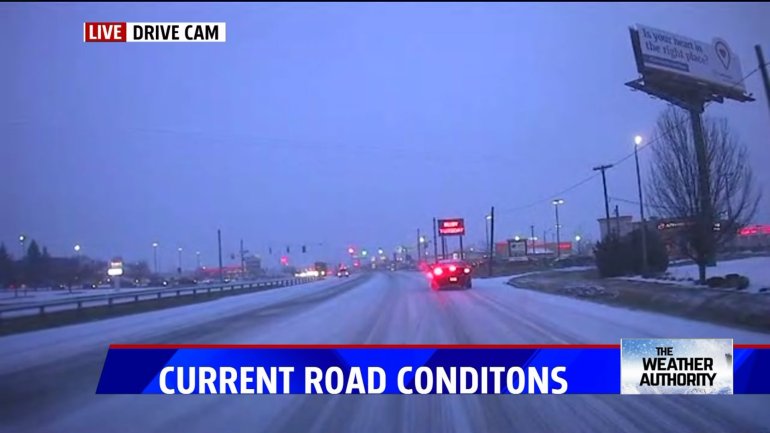 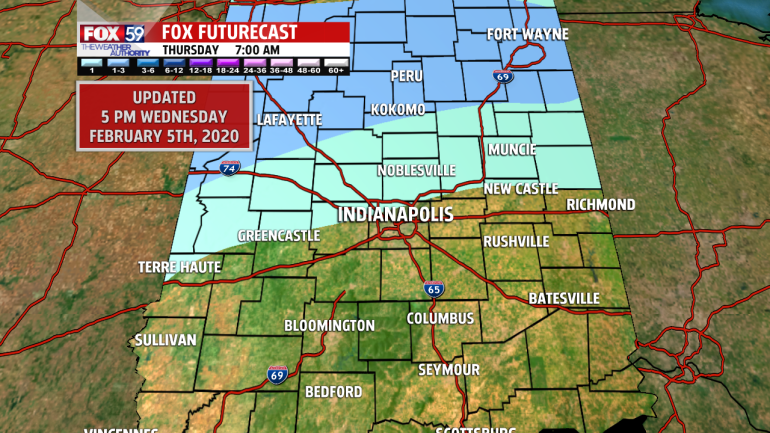 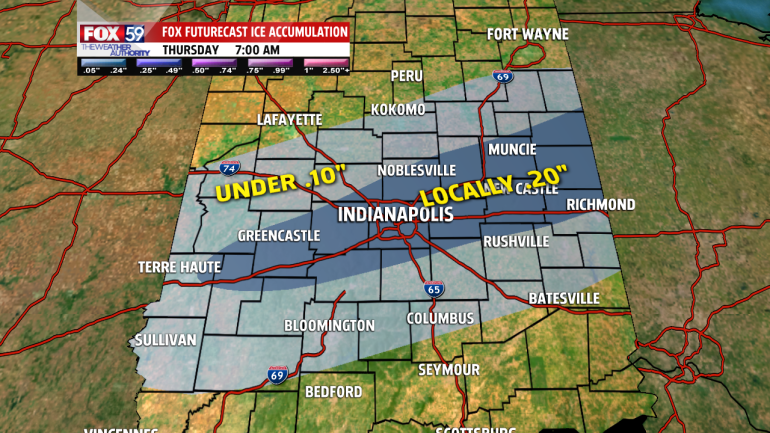 There will be multiple more rounds of precipitation throughout night. The early evening rain/sleet and snow is the most intense and will start easing before 8/9 p.m.

Through the night, occasional light freezing rain and sleet along with some snow will fall, but again, at a much lighter rate. Light icing and snow/sleet accumulation will keep conditions hazardous through early Thursday morning. The Winter Weather Advisory is in effect until 10 a.m. Thursday. 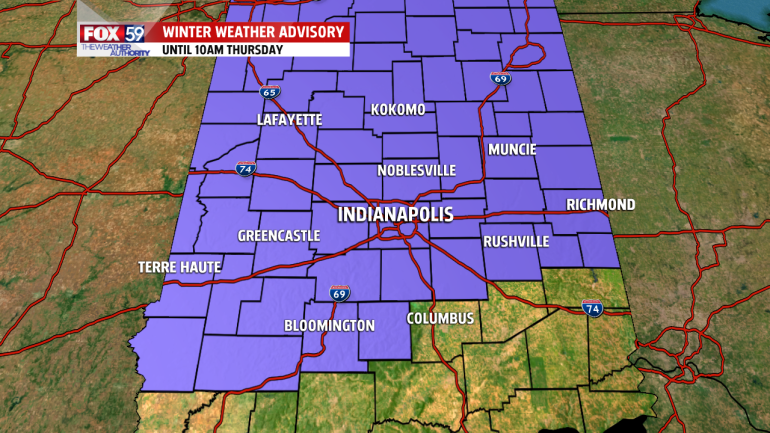 While it's been very warm and humid, Sunday would have still been a fantastic day or the Indy 500. As expected, storm development held off until the late afternoon. Don't worry, the odds of having a rain-free race will actually go up for August. On average, May is our wettest month of the year, while August, tends to be one of the drier months. We'll hope those odds hold for the race in just 91 days! We hit 85° for the first time in Indianapolis Sunday afternoon. It came a little over a week late from when we typically see our first 85° day. With dew point temperatures measuring as high as 70° in some places (including Indy), this is more of a tropical feel, causing the air to feel very sticky and heavy. The warmth and high humidity created Feels Like temperatures Sunday afternoon in the low 90s! We'll likely be right back there again for Memorial Day.

As expected, scattered showers and storms bubbled up late Sunday afternoon during peak heating hours. These will come to and end as the sun goes down and we lose the heating element that's driving these storms. Plan on partly cloudy skies and comfortable temperatures overnight as we drop down the upper 60s by early Monday morning.

The weather was active across the Midwest on Saturday. Northern Illinois was a hot spot for the severe weather set-up with a handful of tornado reports in that area.

Closer to home, storms were still strong, and there were a few Severe Thunderstorm Warnings issued. There were even reports of wind damage and uprooted trees near Columbus. Those who saw the stronger thunderstorms also received high rain totals. Indianapolis measured more than 1.60” of rain with nearly 0.75” in Shelbyville.

Astronauts go back to the future with SpaceX capsule launch

COVID-19 Global Update: US faces a Memorial Day like no other as Greek islands reopen

Patrick Ewing tests positive for COVID-19: ‘This virus is serious’